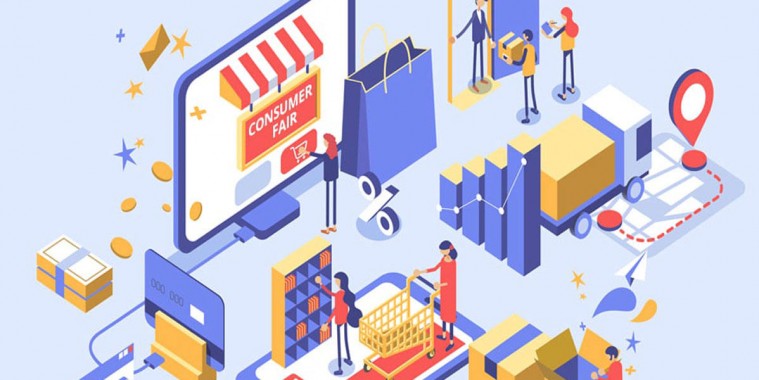 *The following report is a special collaboration between ‘Neue’ and Ranoadidas

What to check out – It’s Claw-ful!

Aside from the hundreds of booths to check out, the Consumer Fair is also well known for its featured attractions.

One of the must-try activities is the Human Claw Machine, which is said to be the first-of-its-kind in Brunei.

On Tuesday (June 26) – a day before the official launching of the Consumer Fair – the ‘Neue’ team and Rano were among the first in the country to check out the Human Claw Machine. 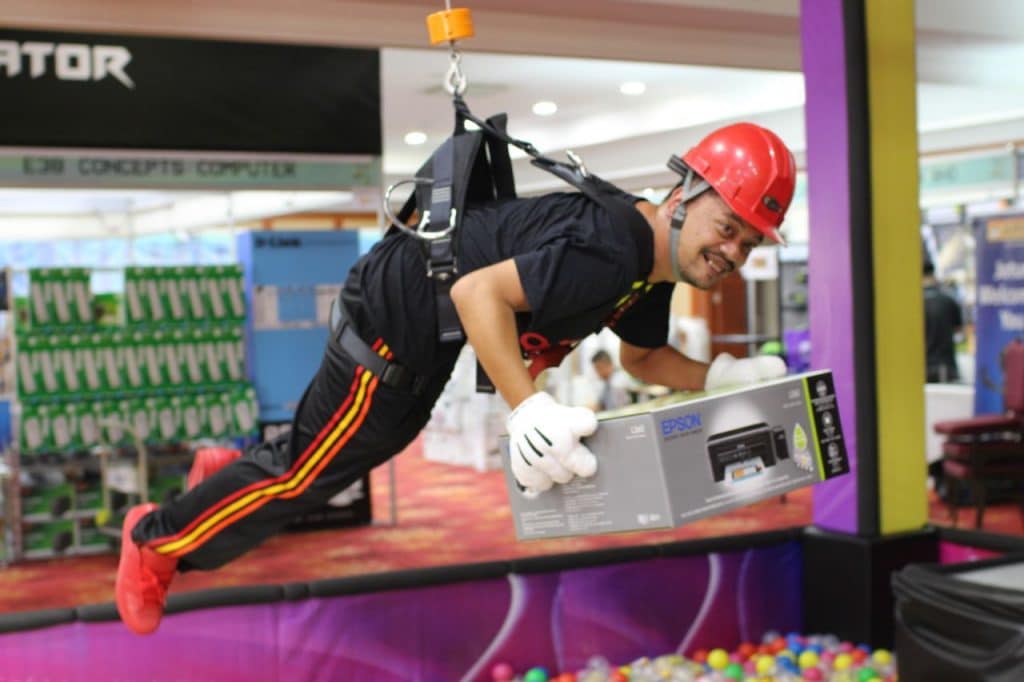 You have nothing to fear as the Human Claw Machine can support the weight of Brunei’s famous social media blogger, Ranoadidas

We expect the Human Claw Machine to be a popular attraction among visitors, especially children and the young-at-heart.

How it works? All you have to do is pay a $5 fee for an attempt to grab as many prizes as possible during your turn. You will be hoisted up by a hook attached to a safety harness.

If you are accompanied by a friend or relative, you can ask them to handle the CONTROLLER of the Human Claw Machine (see photo below) while you are hoisted up in the air. 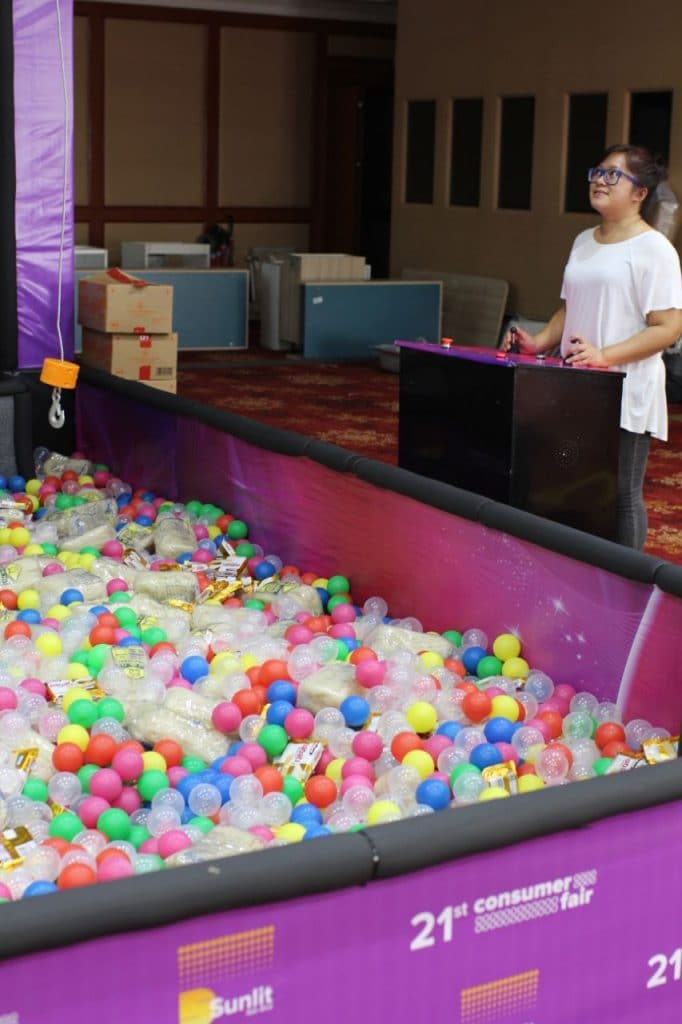 However, if you are alone, do not worry, as one of the friendly staff members of D’Sunlit will be there to assist you.

We do not want to spoil the surprise for you, but a little bird told us that there could be a flashy prize (a mobile phone, perhaps?).

Be sure to ask someone to snap a photo of you dangling on the Human Claw Machine as you could be the lucky winner of a mystery prize courtesy of ‘Neue’ and Ranoadidas! All  you have to do is upload a photo with the #RanoNeueClaw hashtag.

We will be selecting the winning #RanoNeueClaw photo after the 21st Consumer Fair ends this Sunday (July 1). So be creative and be sure to give the Human Claw Machine a try.

Another highlight of the 21st Consumer Fair is the Thailand Grand Fair, which will feature a wide range of Thai street food.

We certainly do not mind putting on some weight here as we’ll take great pleasure sampling food from each and every stall. We just can’t get enough of mango sticky rice and iced ABC (cendol) here!

It’s going to be hard to miss the Thailand Grand Fair, as it is strategically located on your first right as you walk through the main entrance of the ICC.

If you happen to come across any amazing Thai street food, do drop us a line in the comments section below or via our social media platforms, and we’ll be sure to check it out. Who knows? We may even feature you on our social media posts!

Be sure to check out the Cooking Demo with Chef Sujet Saenkham at the Thailand Grand Fair stage. From June 27 to June 30, the cooking demo will be from 8pm to 8.30pm. On July 1, it will be held from 7.15pm to 8pm. 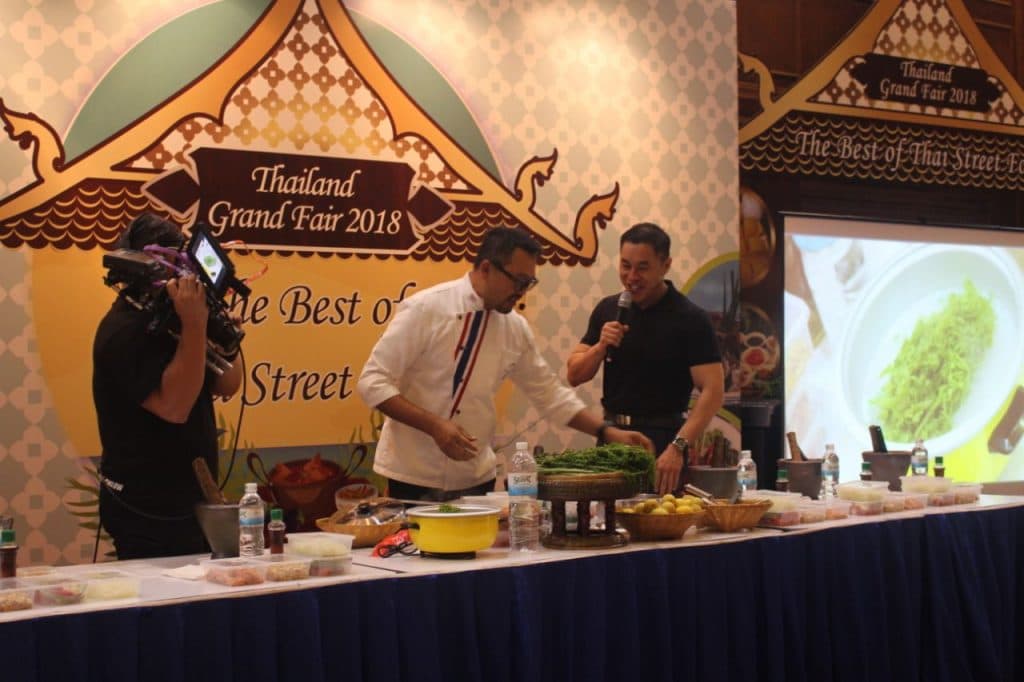 Check these booths out! 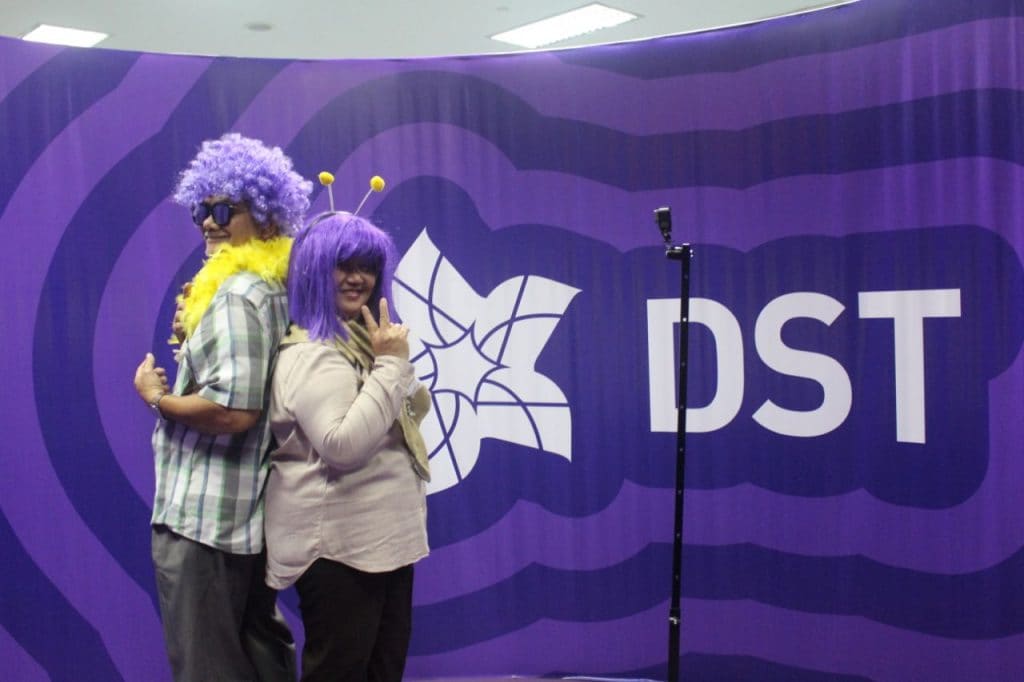 Be sure to make time to visit DST’s 360-degree ‘SmileCam’ booth. If you have a device that supports ‘AirDrop’, the friendly team from DST will be on hand to transfer your 360-degree video. For those who do not have any devices that support AirDrop’, you can expect the file to be e-mailed to you. 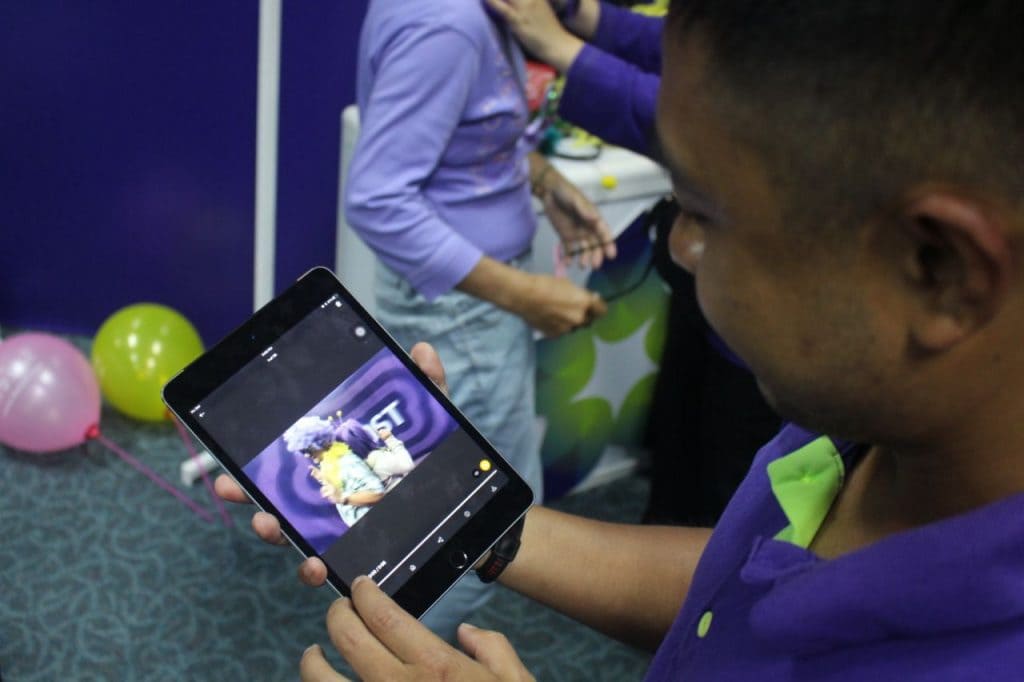 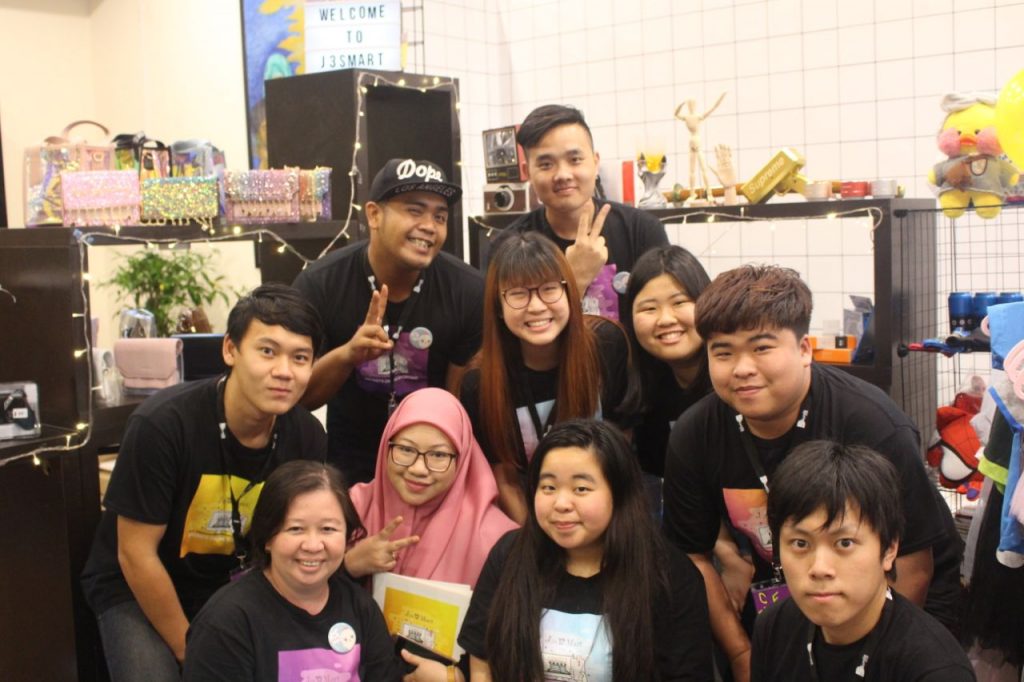 Be sure to visit the booth of J3sMart. Photo shows the friendly team of the online store at the Consumer Fair. They’ll show you how easy it is to acquire things that may not be available in Brunei thanks to their easy-to-use website. Online shopping has never been this much fun! And while you’re here, grab some cotton candy too! 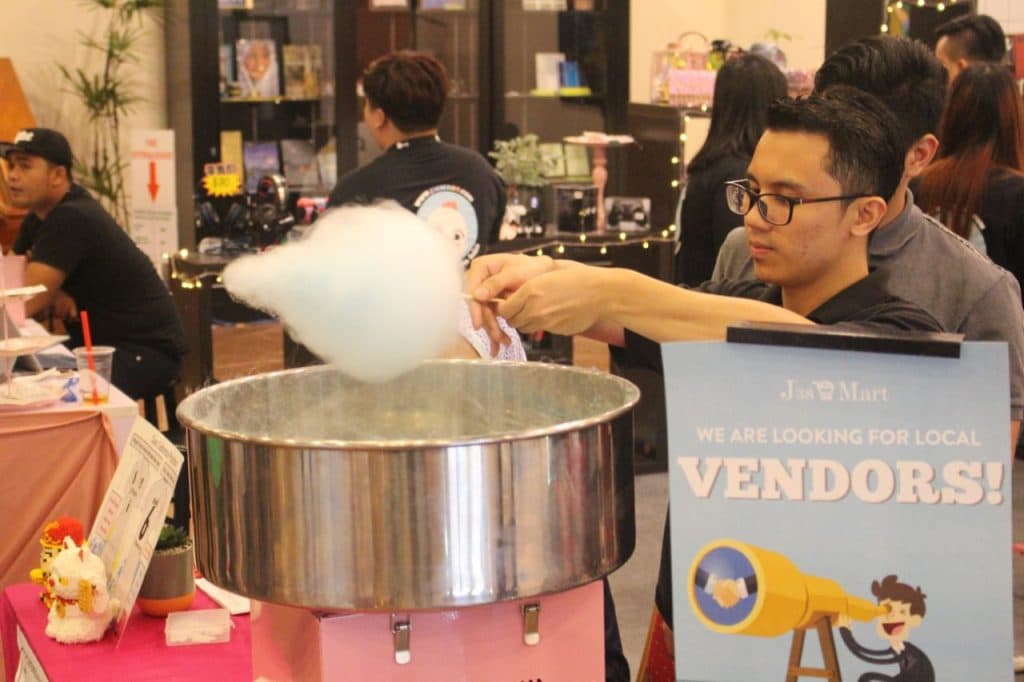 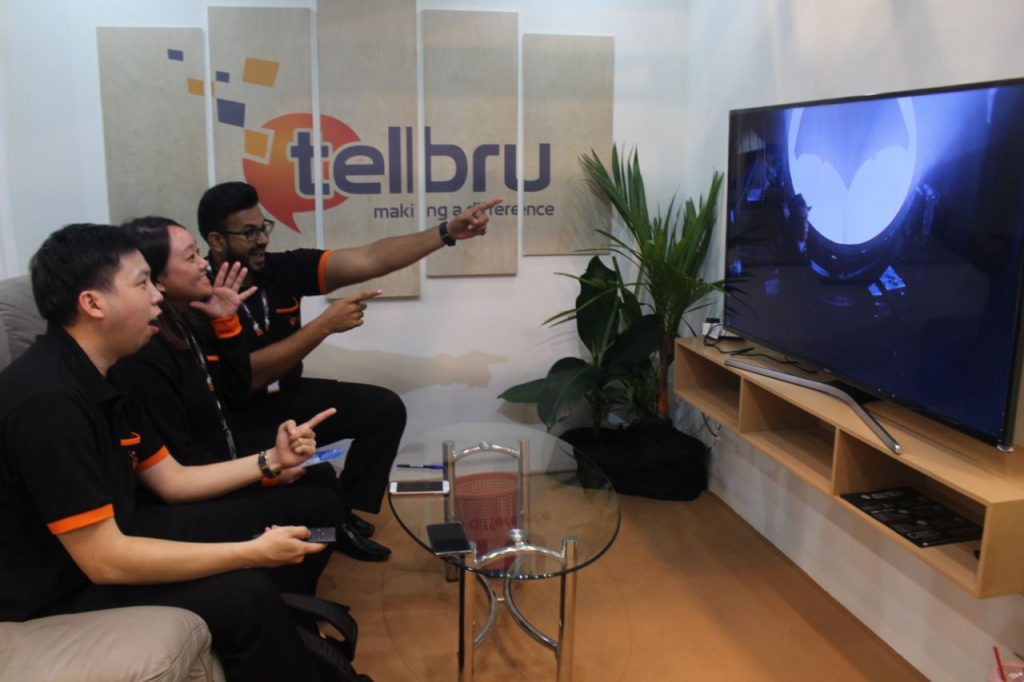 Enjoy buffer-less 4K video streaming with TelBru. Be sure to enquire about their ultra-fast unlimited plans. Also do check out their VR game challenge (below) at TelBru’s pavilion. We were told that the person with the highest score would get a PlayStation 4 complete with an Oculus VR set! 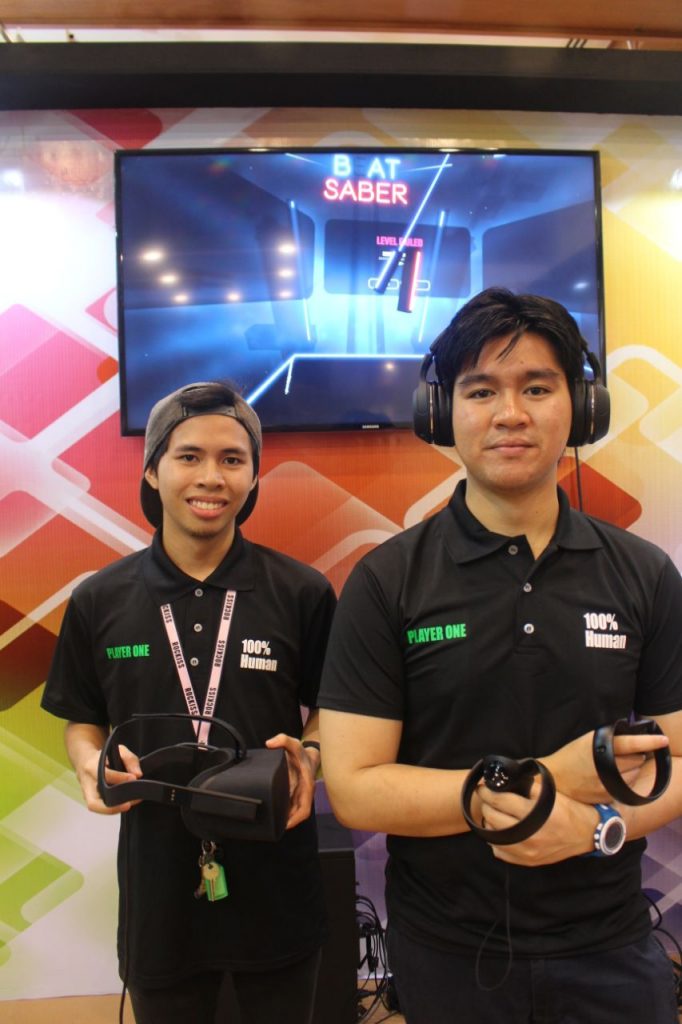 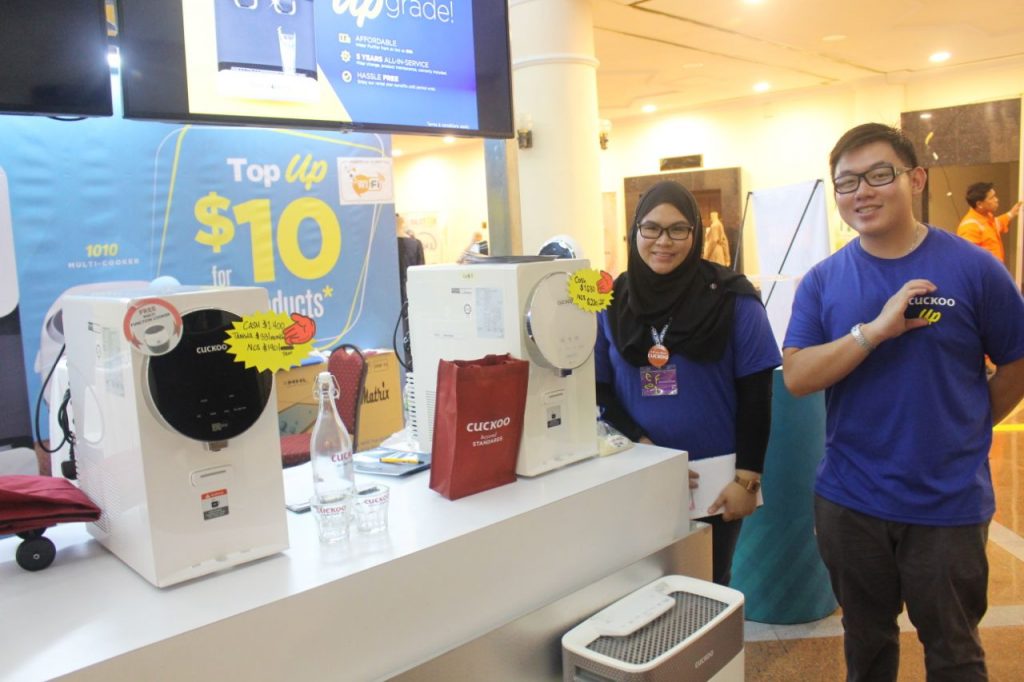 You could win yourself a holiday to Jakarta thanks to Cuckoo. According to Thomas Sia Yung Sook, Natural Manager of Cuckoo, customers will be eligible to take part in the lucky draw if they pay outright, instead of opting for monthly payments. For more information, visit the Cuckoo booth 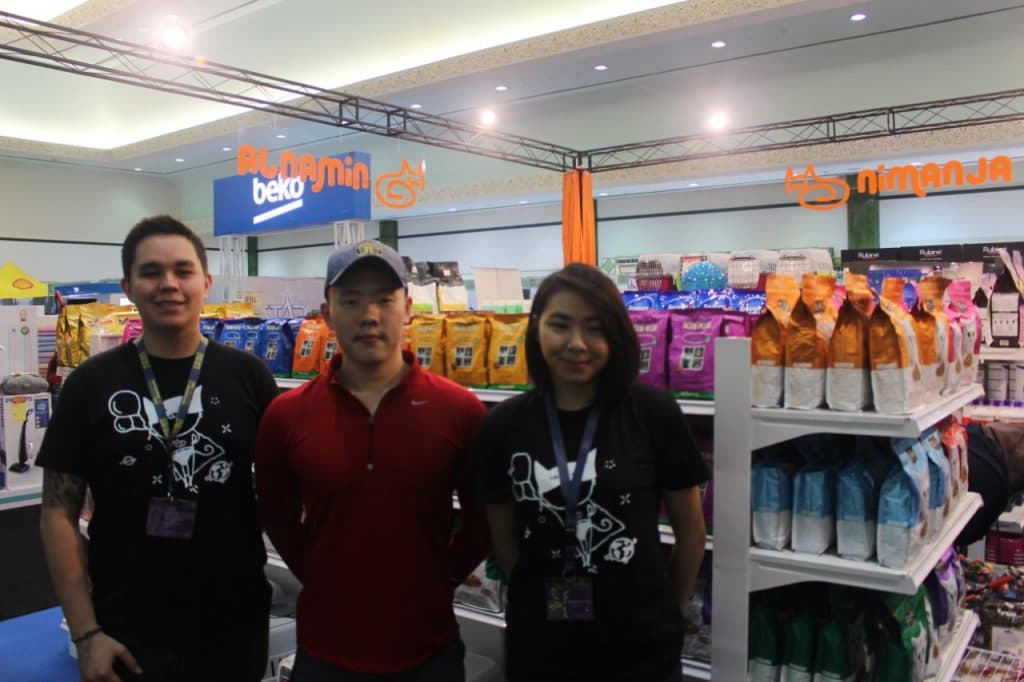 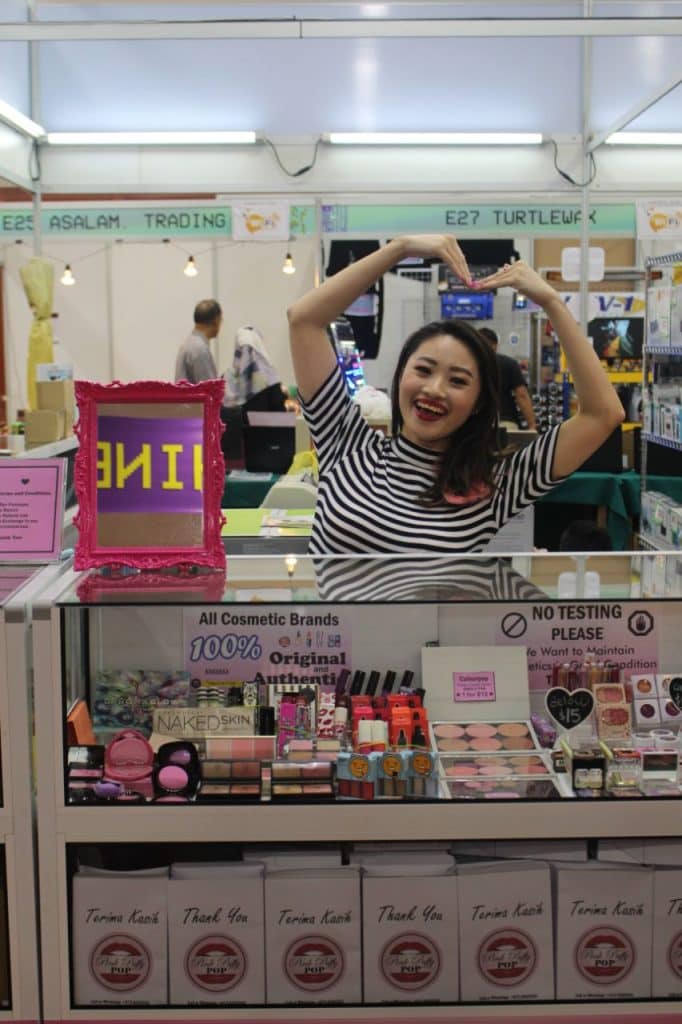 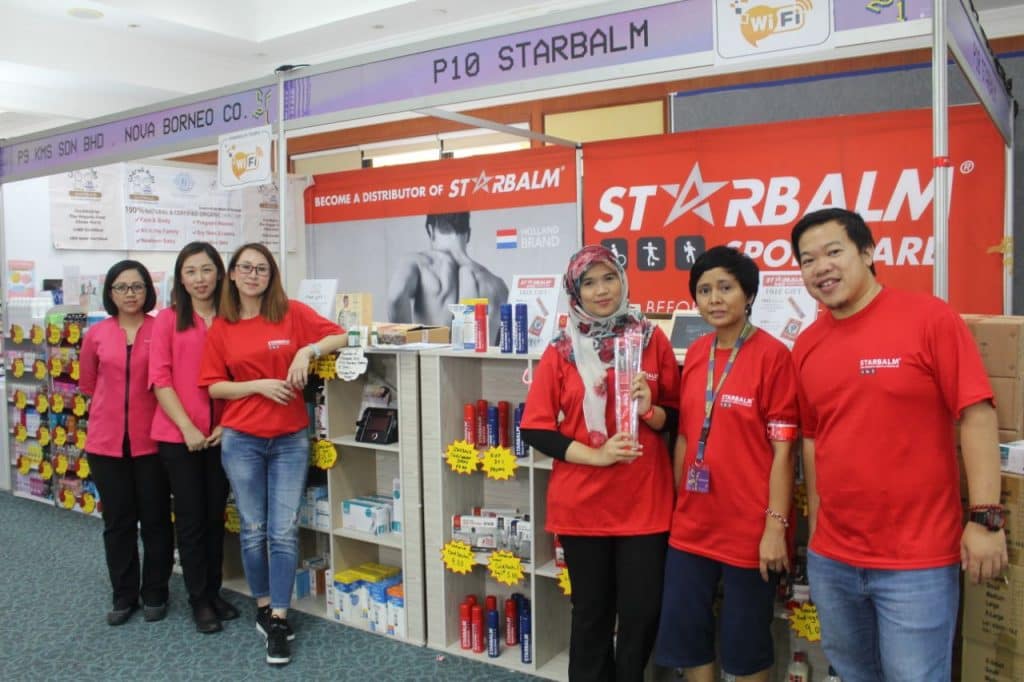 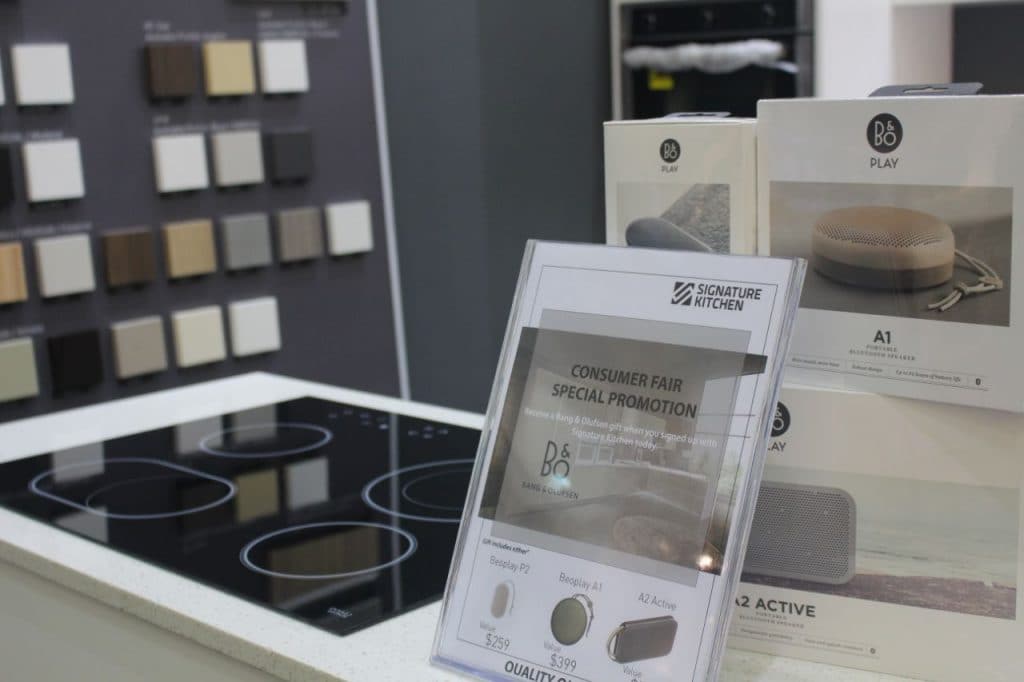 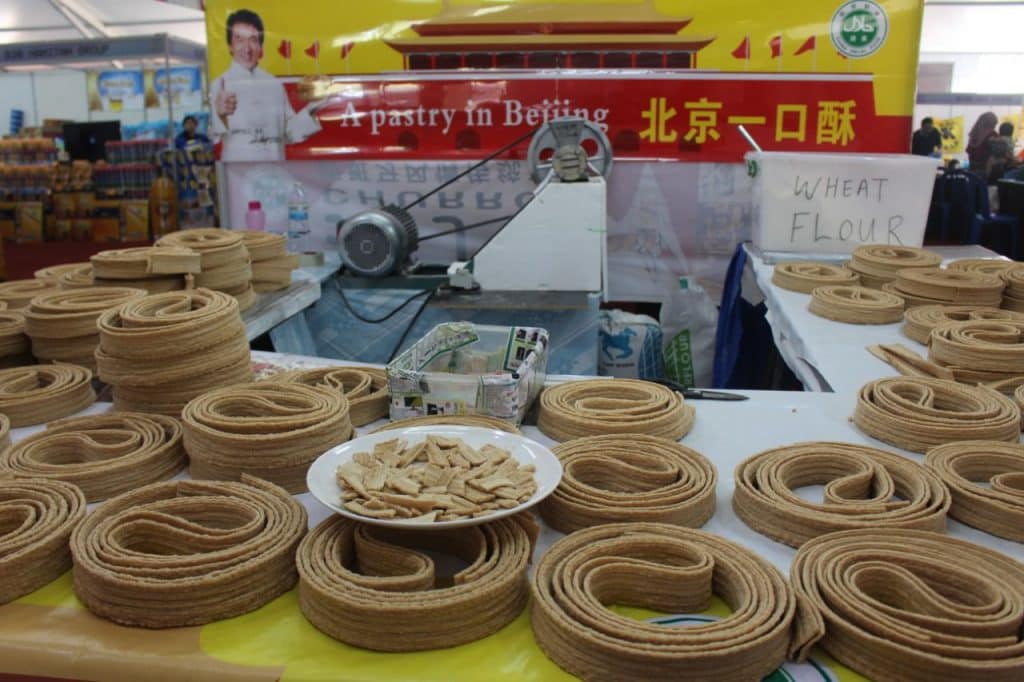 Just $5 for this interesting pastry that can be found around the Food Court A section. Be sure to give it a try!

Your Survival Guide To The 21st Consumer Fair

The following are some suggestions on how to ensure that you’ll have a great time at the Consumer Fair. 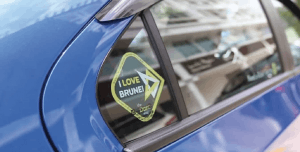 If you can’t be bothered finding parking or even driving to the ICC to visit the Consumer Fair, we have good news for you! Come ride with Dart for only $5 and avoid the hassle of waiting for the shuttle bus. Don’t worry, the Dart Car will drop you off at the main entrance. Riding has never been so easy!

Trips exceeding 12km will receive a fixed discount of BND 4.00 per trip

If you are going to the Consumer Fair with a group, the last thing you want is to waste time finding that one or two lost person(s).

In this day and age, everyone has a mobile phone. But the unexpected can happen … congested network, your friend runs out of credit, not enough battery (see tip number 6 below), etc.

This is why it’s best to set up a meeting time at a set location. For example, group gathering in front of a particular painting hanging on the walls of the ICC at 3pm.

Don’t make life difficult for others. If you’re going to buy an item that’s worth only a few dollars, you don’t have to use that $100 note in your pocket.

Did you know that Cuckoo has set up water dispenser stations at strategic points around the Consumer Fair? Be sure to enjoy the complimentary water!

Getting caught out in the rain without an umbrella would certainly dampen your mood while browsing around the Consumer Fair. So ensure that you have an umbrella handy.

This is self-explanatory. Ensure that you pack one or two power banks if you’re planning to spend some time at the Consumer Fair.

Highlights of the closing ceremony: 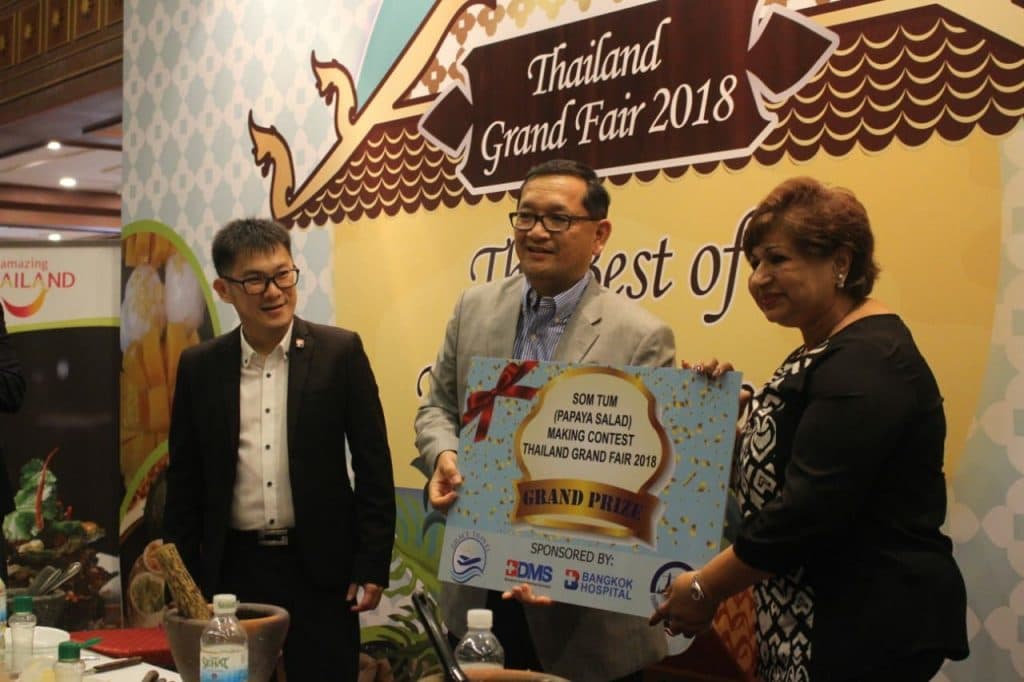 Pavitra Kaur, the Director of Jayapuri (B) Sdn Bhd, was crowned the winner of the ‘Som Tum’ (Papaya Salad) Making Contest during the Thailand Grand Fair 2018. Photo shows Ambassador of Thailand to Brunei Darussalam, His Excellency Biravij Suwanpradhes, presenting the grand prize to the winner of the competition. Also seen in photo (far left) is Kelvin Goh, the Manager of Grace Travel Agency 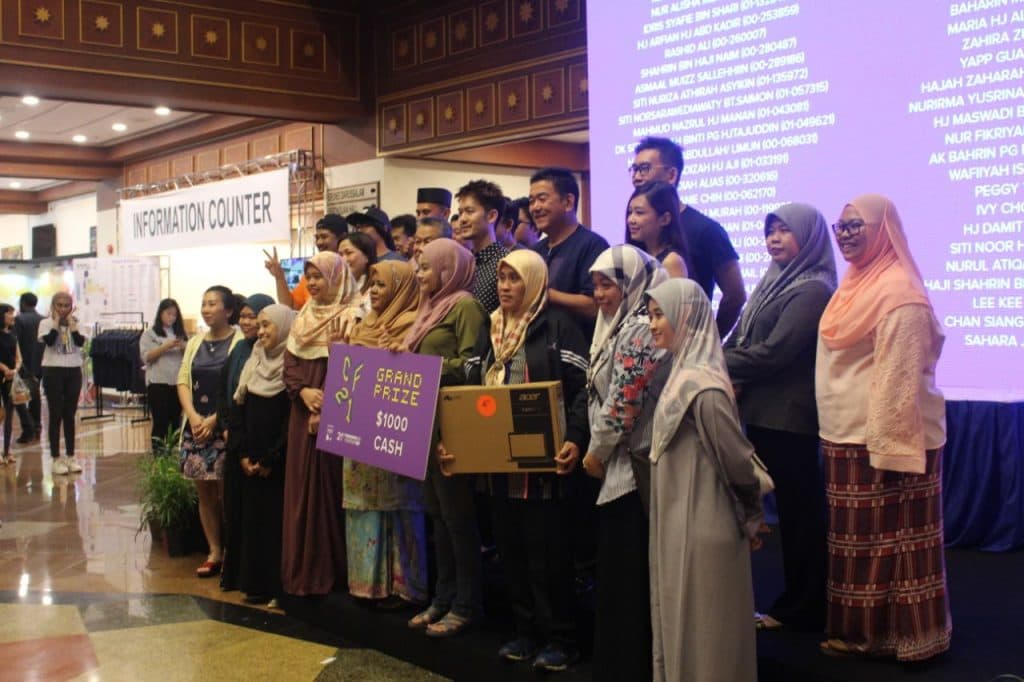 Winners of the Consumer Fair Grand Draw in a group photo. The grand prize winner walked home with $1,000 cash, while other lucky draw recipients won prizes that ranged from flat-screen television sets to foot massagers

Did you happen to come across something interesting at the 21st Consumer Fair? Did you spot any cool products that you would like to share with the world? Drop us a line in the comments section below or reach out to us via social media.