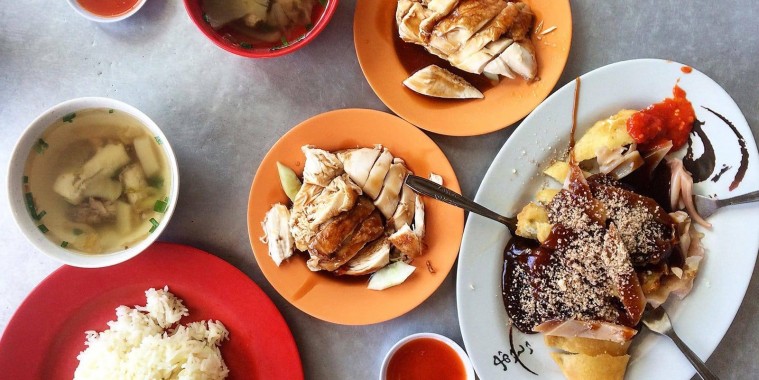 *This story was written by our local friend from Bruneian Eats, who loves hunting for new and classic food in Brunei Darussalam.

Seria and Kuala Belait (KB) are often deemed quiet, laid-back towns. These towns, which are about 100 kilometres away from the Brunei capital, are located in the country’s largest district, Belait.

I often only stop by on my way to and from Miri but do not make plans to visit. However, beneath it all, they offer a great food scene with dishes that have been around for years. I set out with some local buddies to try out their favourite munching spots including Phang Bun Hin stall and Lee Teck Ming stall located in the Seria food court, as well as Lee Loi Fatt in Tudung Saji, KB. 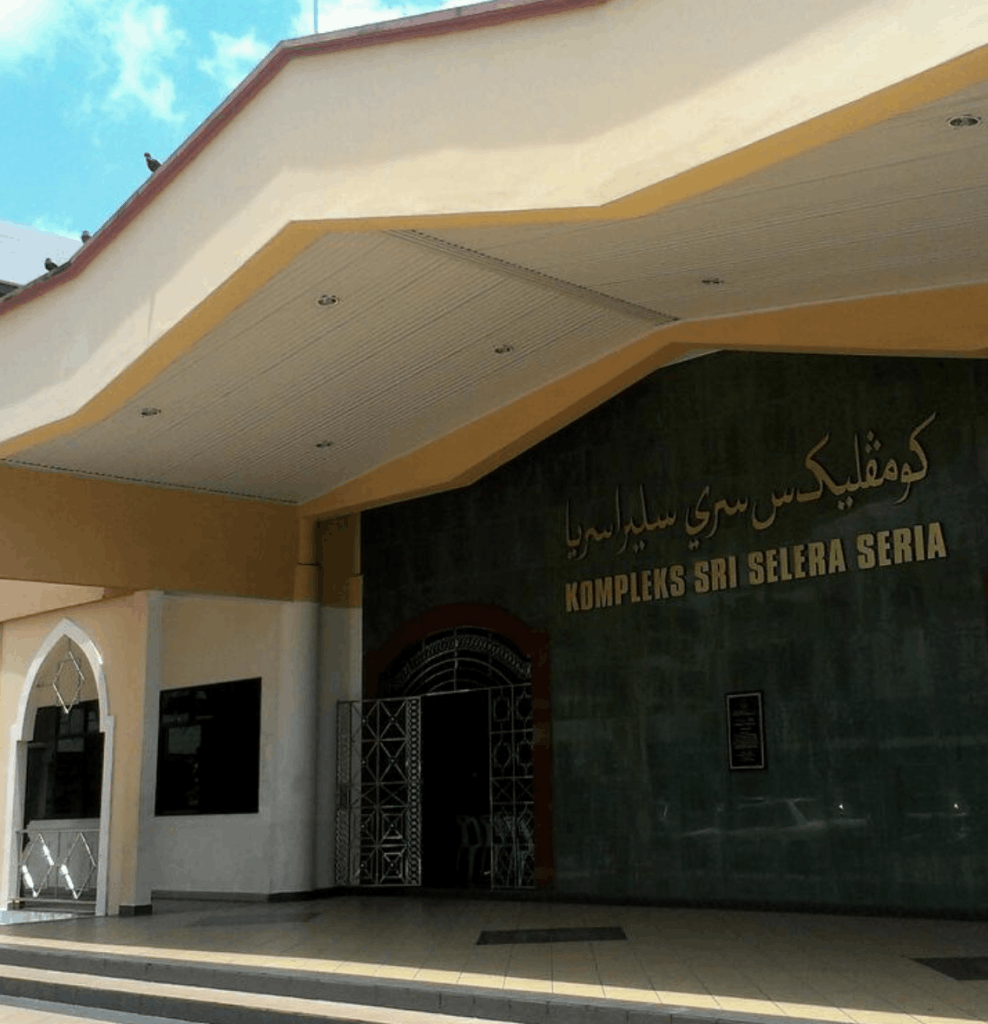 At the Seria food court, my friends and I ordered a Kolomee from Phang Bun Hin. The Kolomee consisted of noodles mixed in a thin sauce which coated the noodles just enough so that it was still slightly dry. The noodles are then topped with some well-marinated soy sauce minced chicken, slices of fish cakes, chicken char siu, fried shallots and green onions. The noodles themselves were slightly greasy, chewy with a bite to them and had a nice salty flavour. The minced chicken also offered a pleasant savoury bite to the dish. Combined with the aroma of the fried shallots and the fresh green onions, the whole dish was a well-balanced mix of deep and fresh flavours. Cost of the kolomee was B$2. 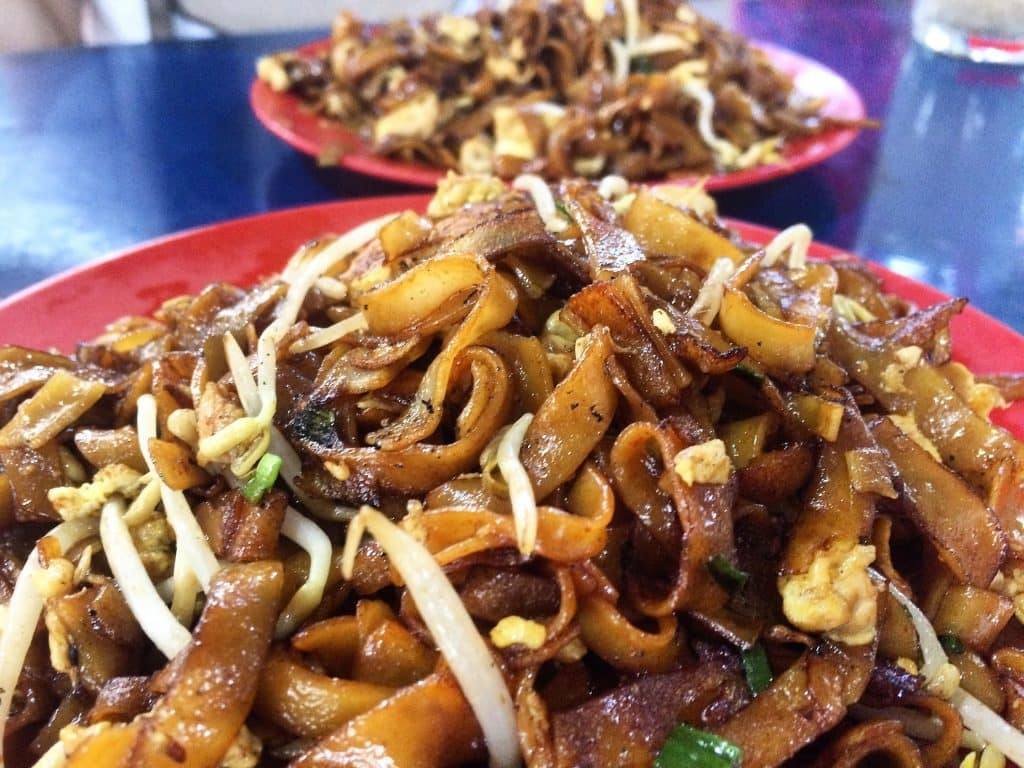 From the Lee Teck Ming stall, we ordered a couple plates of kway teow goreng. We ordered ours to come with eggs and taugeh (bean sprouts) but these are customisable. What I felt really stood out with these noodles were the pleasant char aroma, which is sometimes called “breath of the wok” or Wok-hei. Though slightly on the greasy side, the noodles were still nicely seasoned being just salty. They were also thin and soft but not mushy. Additionally, the bean sprouts were cooked just right with a great snap to them. Cost of the kway teow goreng was B$2 per plate. 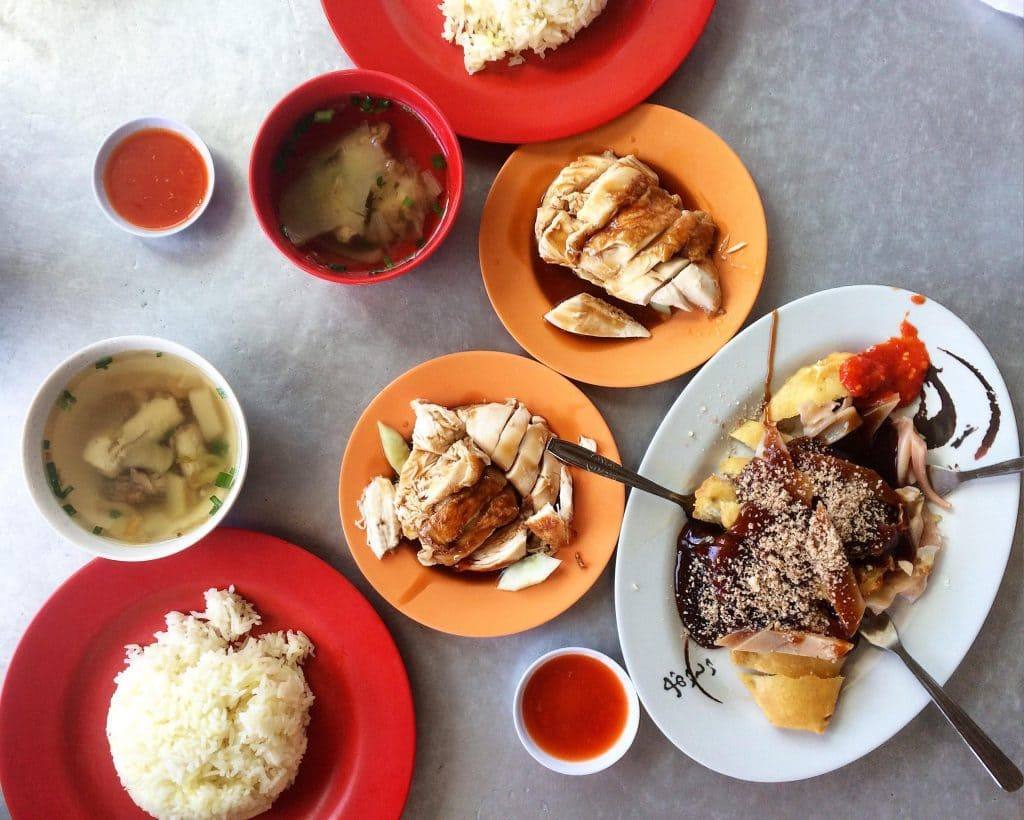 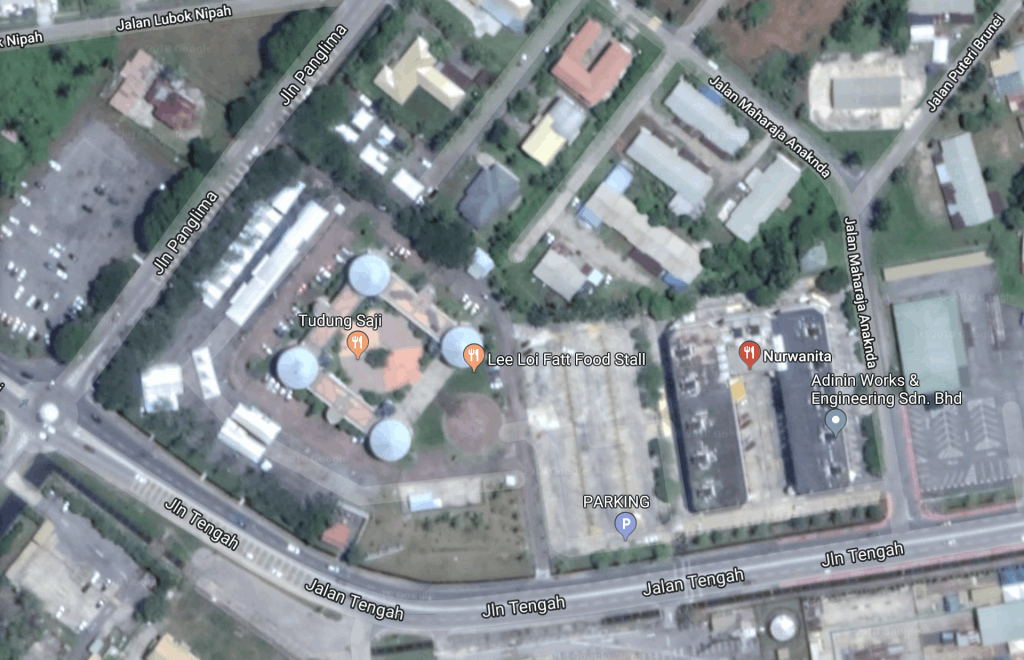 Lastly, we headed off to Lee Loi Fatt for some roasted chicken rice and rojak. One thing I immediately noticed about the chicken rice was how the chicken sauce was thicker and sweeter than I was anticipating. Meanwhile, the chili sauce that came with it had a nice saltiness, a slight spicy kick and garlicky aroma. The chicken, however, was a little tough and did not soak up as much of the sauce as I thought. Nonetheless, the chicken-flavoured rice was extremely fragrant and savoury. Perhaps, the most exciting was the rojak which we ordered to come with squid and yam fritters(again these are customisable).  The squid was boiled to tender and the yam fritters had an amazingly thin and crunchy outer layer with a fluffy inside. Additionally, the thick sauce on the rojak coated everything so well and had a great balance of sweet and salty with a mild nutty flavour from the crushed peanuts. Though generally a superb dish, I did eat several pieces of squid which had an odd smell.

These are the places that my friends have often encouraged me to visit whenever I am in Seria and KB. What are some of the eateries there that you would frequent? Have you tried any of the food stalls mentioned in this story? If so, let me know your thoughts in the comments section below.

*You can follow ‘Bruneian Eats’ on Instagram by clicking here. To visit the ‘Bruneian Eats’ blog, click here. ‘Neue’ was unable collaborate with ‘Bruneian Eats’ for the “Big Mac vs Whopper: Which is your favourite?” story, as she was on an overseas trip. But we look forward to working with her on future ‘Food Fight’ stories.