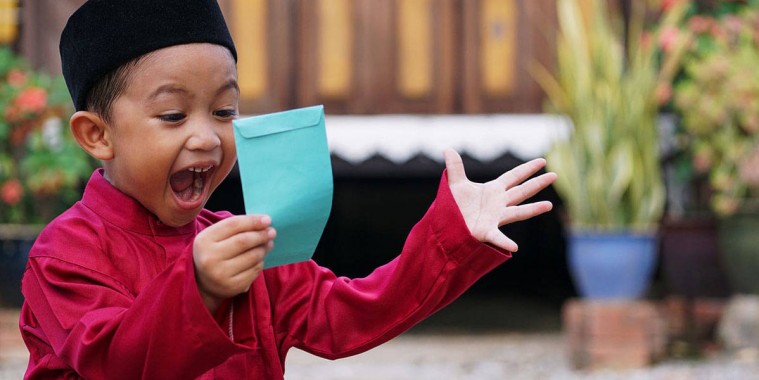 Hari Raya ‘Ang Pow’: How Much Should You Give?

*The following article was written by our local friend, ‘The Savey Fox’, who manages a blog that aims to become a resource as well as a community for savvy investors, frugal savers and smart spenders alike.

We are not all Warren Buffet!

‘Ang Pows’ (small packets containing money) are usually given to children during Chinese New Year. It has also been incorporated into Hari Raya celebrations in the form of ‘green packets’ (although these days they come in a myriad of different colours).

Tips on how to NOT break the bank:

One of the last things we think about during celebrations is setting a budget. But setting a maximum you’re willing to spend, and working within it will make your wallet and bank account sing praises for you.

I’ve personally gone through the shock of how much just ‘Ang Pows’ cost when it comes down to it. All those $1’s and $5’s add up in a blink of an eye! And this is excluding things like decorations, food and drinks!

In my younger years whenever I received ‘Ang Pows’ of $1 and $2, I’d be a little disappointed. It’s only now that I understand: NOT EVERYONE can give you huge amounts especially if you’re some random kid. Looking back now, I think those ‘smaller’ money packets were more heartfelt in hindsight.

3. Amounts given can differ. 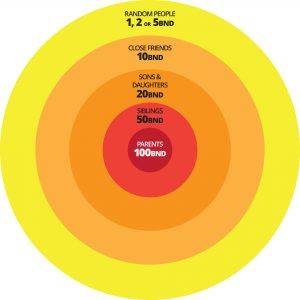 Want to micromanage your budget a bit more? No problem! You can plan out some sort of hierarchy for the ‘Ang Pow’ you give. It’s not a must to give everyone $5 or $10 ‘Ang Pows’, you know. Like I said previously, people who do not have a close relationship with you really just take ‘Ang Pows’ as a blessing (well, mostly). So you could give more to family and probably less for friends and the minimum for strangers.

This is meant to be a celebration of blessings but objectively, I do not believe anyone should SUFFER FOR TRADITION.

4. You can be selective on who to give.

If you really, really can’t give out MORE ‘Ang Pows’ due to budget constraints, know that there’s no harm in not giving to random people altogether. It does take a certain level of swallowing one’s pride, though. That’s where I can see people folding and giving anyway, because “that’s what you’re supposed to do!”

But if it puts you in a bad spot financially, I don’t see what’s there to lose (other than your hard earned cash).

Mind you, this should only apply if you don’t have budget for it and not if you’re simply feeling stingy! (Though it works the same way if you just want to save cash too.)

The festive season should be about celebrating family and the successful month of fasting during Ramadhan. Giving out ‘Ang Pows’ is fine but really, if it hurts you financially, can you really say it’s okay? I hope that ‘Neue’ readers find this article useful.

*You can follow @thesaveyfox on Instagram by clicking here. To visit ‘The Savey Fox’ blog, click here. If there is a financial topic that you would like us to look into, drop us a line in the comments section below or reach out to us via Neue’s social media accounts on Facebook or Instagram.