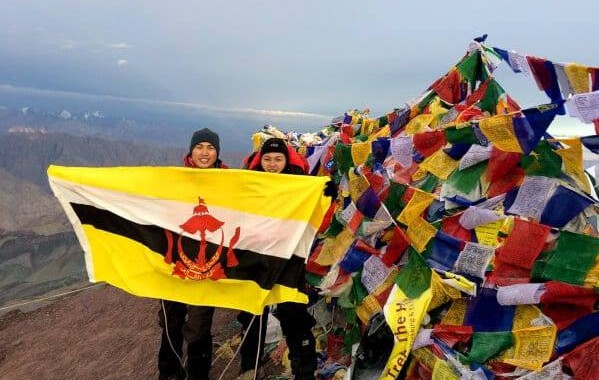 “It’s not the mountain we conquer, but ourselves” – Sir Edmund Hillary

This quote by the world famous climber was shared by Bruneian adventurer Michelle Charlene Basir (@life.on.the.verge), who spoke to ‘Neue’ after returning from an expedition to Stok Kangri, the highest peak (6,153 metres above sea level) in the Stok range of the Himalayas in the Ladakh region.

A sports scientist by profession, Michelle said that the quote above is a perfect reminder for her to keep on overcoming challenges, such as scaling Mount Kilimanjaro (5,895m), which is the highest mountain in Africa. 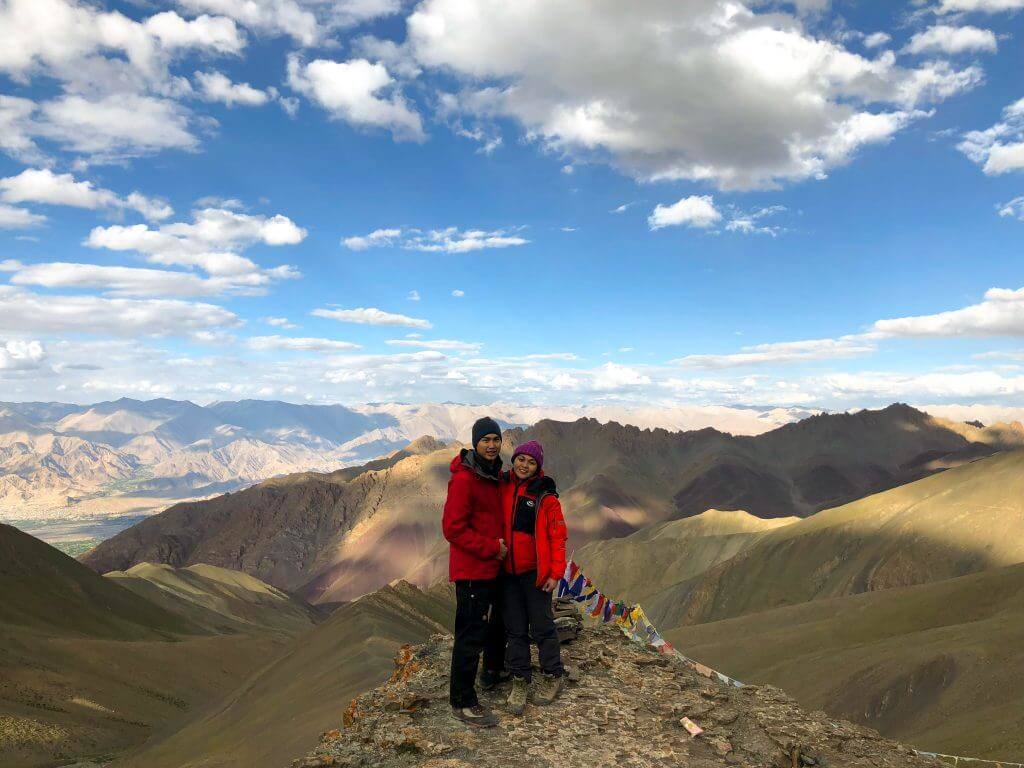 View point just before Advance Base Camp at 5,100m. Acclimatisation walk on Day 3.

Their 8-day self-funded expedition began in Leh, a high desert city in the Himalayas, located at India’s northern states of Jammu and Kashmir.

The couple revealed to ‘Neue’ that they will be celebrating their 5th wedding anniversary this month and that their recent expedition to Stok Kangri was their “anniversary adventure”. 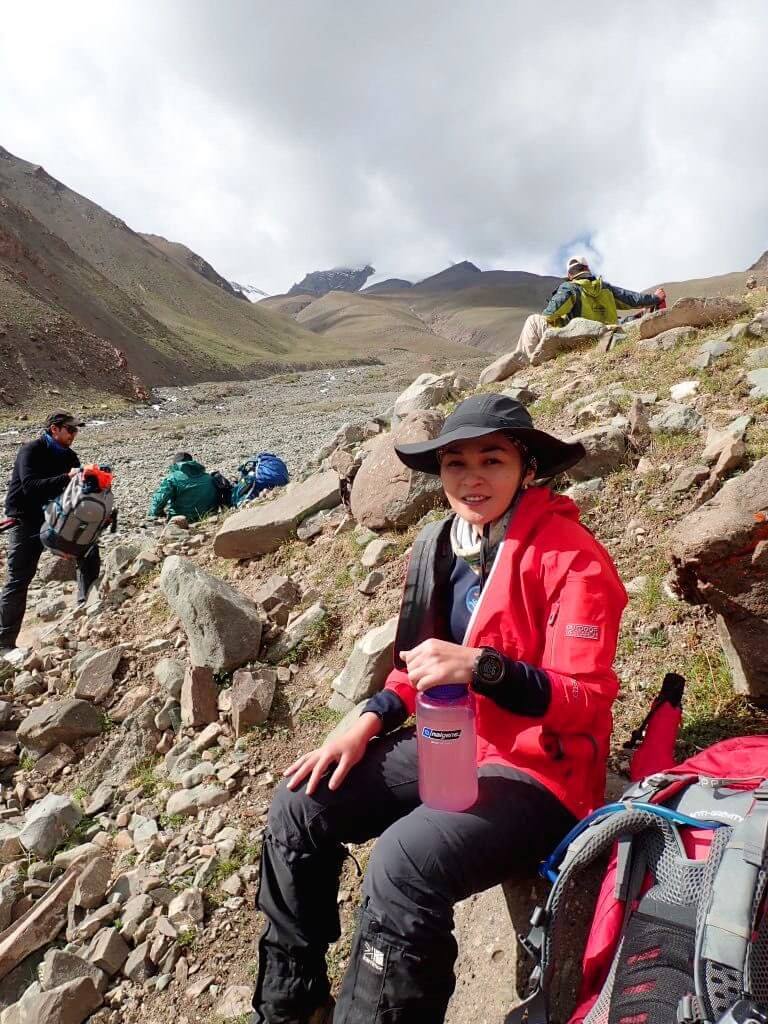 Reflecting on her recent expedition to Stok Kangri, she said: “The whole experience has been overwhelming – from the trainings, obtaining all my gears, getting to the destination to the climb itself. Juggling work and training at the same time can be exhausting.

“But I’ve learnt that I’m able to climb higher than what my mind tells me.

“I initially thought that it would be impossible for me to summit. I almost didn’t want to attempt the summit climb because I wasn’t feeling the best at the time. But I overcame it and went for it … And seven-and-a-half hours later, I found myself at the top. The feeling was surreal!

“I’ve learnt that to do the most extreme, we need to commit fully – financially, physically, mentally, emotionally and spiritually. Wearable tech such as the Garmin Fenix 5 watch has also helped me a lot with my training. ” 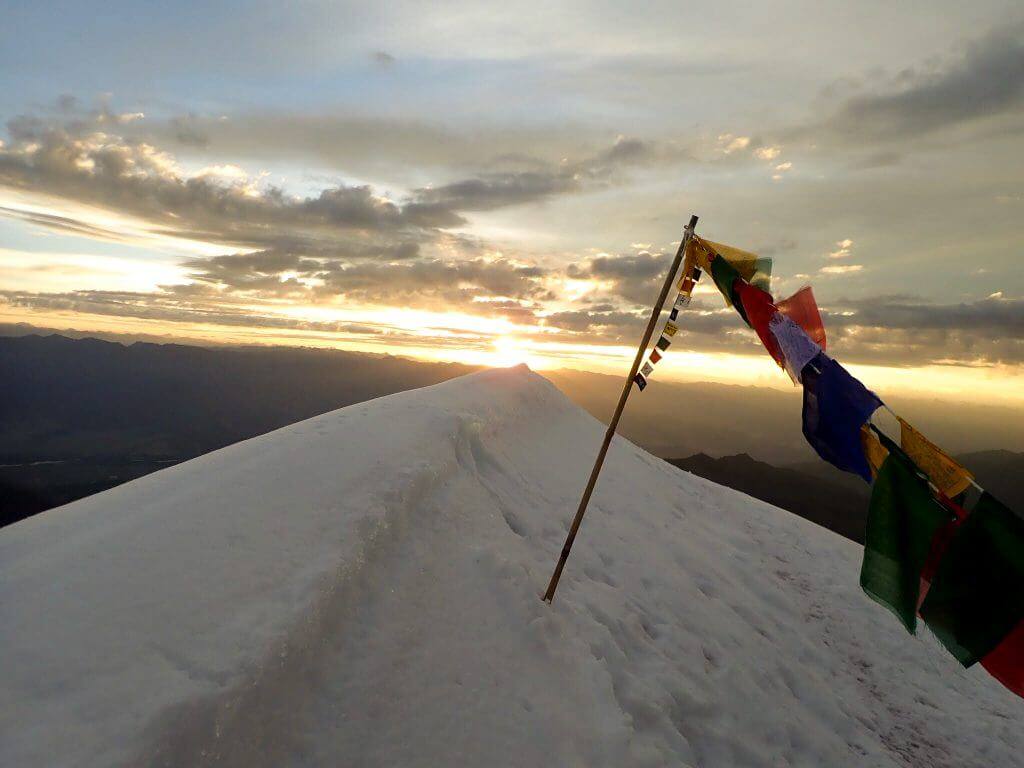 Kok Liang: It was an ‘Achievement Unlocked’ moment! And of course, absolute relief as it was quite a tough climb due to the high altitude, steep incline and rugged terrain. It took us over 7 hours to reach the summit from base camp.

Michelle: A great sense of relief! I was in awe of the beautiful view. However, reaching the summit wasn’t the end of the journey for the day. Coming down the mountain was another important part of the climb too! Stok Kangri is a steep mountain so we had to be extra careful when coming down.

When asked if they would recommend mountain climbing/trekking to other couples, this was what Michelle and Kok Liang said: “A couple that climbs/treks together, stays together. In a modern, digitised world, it’s good to unplug and enjoy each other’s company. Discover each other and be humbled by the magnitude of the mountains.”

Unfortunately, insurance agencies in Brunei do not cover trekking from a certain altitude. According to Michelle, most international insurances only cover trekking up to 6,000 metres and when there are no ropes or climbing equipment involved.

“This is why we purchased trekking insurance based on those factors,” she said, adding that for the recent expedition to Stok Kangri, the couple purchased one from ‘Global Rescue’, an insurance agency that covers mountaineering. “Most people who climb Mount Everest would also get coverage from this agency.”

When asked if they had any advice for anyone interested in tackling their first mountain, Michelle said: “Start somewhere. Every mountain is difficult but after a difficult climb, you will be rewarded with the best views. And always train for any climb so you will enjoy your trek. Climb a mountain and you will be hooked for life. A good beginner mountain would be Mount Kinabalu. It’s very close to us (geographically), straightforward and non-technical.”

Where can people learn to climb in Brunei?

There is a difference between mountain trekking and mountain climbing, Michelle told ‘Neue’.

‘Neue’ wants to hear your story

Are you a thrill-seeker? We’d love to feature your story (where ever you may be in the world) in our next write-up. Drop us an e-mail here or reach out to us via social media on Facebook or Instagram.