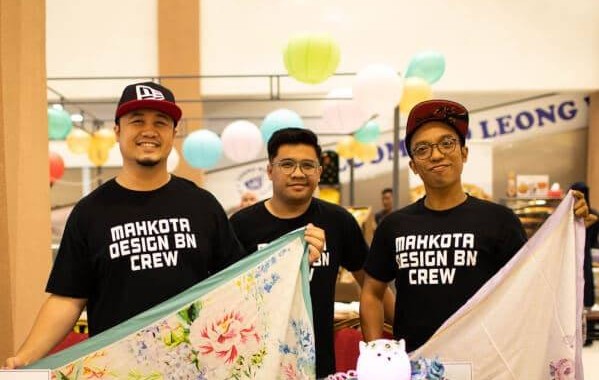 Adika is the genius designer of shawls and scarves behind the ‘Mahkota Design BN’ brand (@mahkotadesign.bn).

You’re probably thinking to yourselves: “Wait a minute! Are you telling me that Adika’s a guy?”

Don’t worry. You’re not the only ones.

A female shopper at Aman Hills Shopping Centre that ‘Neue’ (@whatsneue) approached asked: “Why is he involved in the women’s clothing line?”

Adika, who was one of the participating vendors of the ‘Brunch & Crafts’ that was held at the shopping centre’s Atrium last Sunday, said this was why there was a period of time when he did not disclose that he was the designer in the Instagram account of Mahkota Design BN.

“I also did not state my gender because I was afraid that people would not book a tudong (headscarf) with me,” he said.

Yuri of Kaleidoscope Studio (@ks.bn) – the facilitator of a brunch talk about Brunei’s craft industry last Sunday – found it hard to believe that in this day and age, people still had this kind of gender bias on who should be designing clothes or cooking.

“After all, we do have male chefs and female chefs. We also have men who are designers,” she said.

Adika said all this doesn’t bother him as much as it did in the past because those women who used to ask him THAT question don’t bother asking that question any longer after they have seen first-hand the quality of his work.

His workshops are always full house

Wan Nurul Naszeerah, the founder of BenchLab (@benchlab.co), which hosts skills workshops by matching tutors with enterprising participants, vouched for Adika, saying that he is “so talented, much more talented than any other woman” she’s ever met.

“In fact, every workshop that Adika has done with BenchLab has had a full turn up. He’s a wonderful talent,” said Wan, who was one of the panelist members of the talk.

Adika runs the Mahkota Design BN business with two other friends, Nasroul Hizam and Md Sumardi – who are also males. (Does it still matter?) 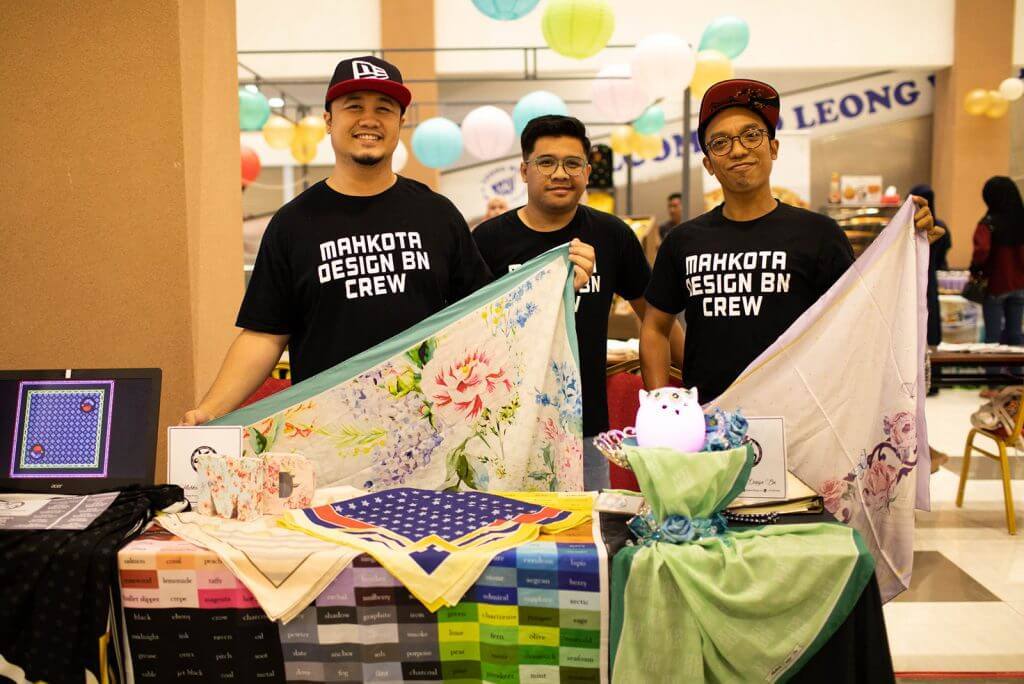 Adika (left), the designer behind the ‘Mahkota Design BN’ brand, is pictured with his business partners, Nasroul Hizam and Md Sumardi

Speaking to ‘Neue’, the trio said: “Our business approach is different because we do not mass produce. We are focussed more on personalisation or special limited edition prints.”

So can males wear stuff from Mahkota Design BN? The trio said: “Yes! They can wear it as a cravat – a short, wide strip of fabric round the neck and tucked inside an open-necked shirt.”

Given the fact that all of Mahkota Design BN’s products are custom, they said: “Our designs are perfect for any occasion, even as wedding gifts! One of our approaches is to use people’s names as part of the design.”