Unless you’ve been living under a rock, you would have known that Apple recently unveiled its spanking new premium iPhones – the flagship iPhone Xs Max and its little brother iPhone Xs. It also unveiled the so-called “more affordable” iPhone XR – which is considered a mainstream replacement for the iPhone X.

A lot of big, meaningless numbers were thrown around during the Apple keynote address last week but let’s face it, at the end of the day, if you’re a hardcore Apple fanboy (or girl), there’s no stopping you from acquiring these must-have iPhones – no matter the cost.

So for this article, we won’t be boring you with a mobile review.

Instead, we’ll be looking at the iPhones solely from a price standpoint.

‘Neue’ (@whatsneue) has compiled a list of CRAZY things that you can do around the world for the price of the new iPhone. (Editor’s note: The prices quoted below were compiled from a search conducted on September 16, 2018, and are subject to change.)

First off, let’s take a closer look at the iPhones’ price tags: 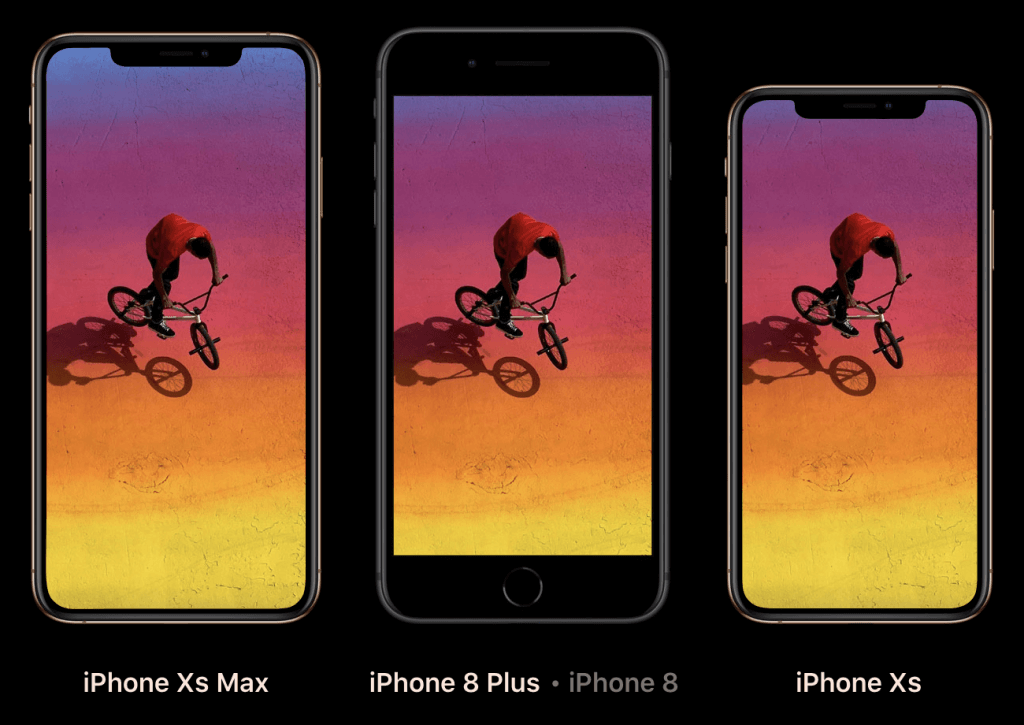 All screen makes all the difference (iPhone photos courtesy of Apple) 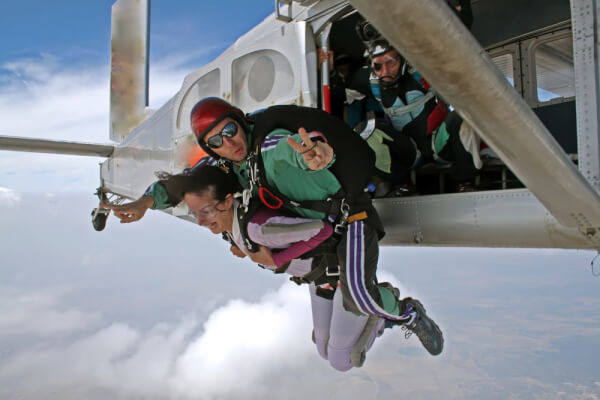 Skydiving has become one of the most sought after extreme sports. Thousands upon thousands of jumps are made around the year and one of the most popular places to experience this thrilling sport is Dubai, the largest city in the United Arab Emirates (UAE).

For the price LESS than an iPhone Xs (64GB), you would be able to purchase a Brunei-Dubai return ticket via RB (Royal Brunei Airlines, @royalbruneiair) for $827.

If you have not skydived before, fret not, Sky Dive Dubai’s (@skydivedubai) tandem skydive is the quickest and easiest way to experience the thrill of free fall at over 120 miles per hour.

You would also be able to experience tandem skydiving, a type of skydiving where you will be connected to a harness attached to an experienced instructor, for $700 (1,699 UAE Dirham).

That means you’ll still have over $100 (or $122 to be exact) to spare if you went for skydiving in Dubai instead of getting the Xs. 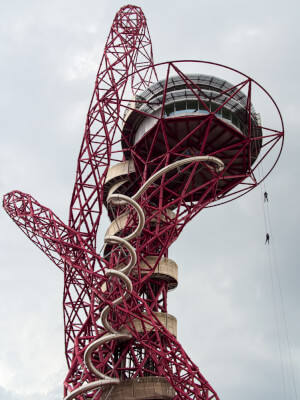 Urban thrillseekers can enjoy the ultimate adventure of abseiling down London’s ArcelorMittal Orbit (@amorbit) – the tallest sculpture in the UK.

The 114-metre tall tower, which is located in the heart of the Queen Elizabeth Olympic Park in Stratford, has become one of the city’s most recognised landmarks since opening as part of the 2012 London Olympics.

Here you’ll experience the most spectacular views of London, whilst dangling in free space, 80 metres above the ground, for about $198 (100 Pound Sterling).

If you fancy something really outrageously different to do in London with a pique of adventure, then this is the activity for you.

Isn’t it time that you treat yourself to a holiday? 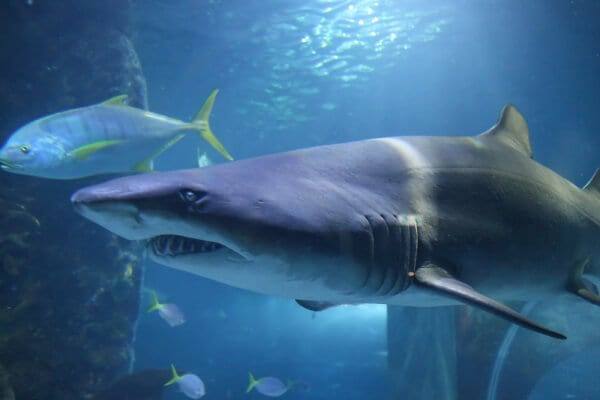 Do you want to swim with sharks? Of course you do!

For the price of an iPhone Xs Max (64GB), you would be able to purchase a Brunei-Melbourne return ticket via RB for $916.

You will also be able to experience a thrilling shark dive at the SEA LIFE Melbourne Aquarium (@sealifemelbourneaquarium) for about $323 (299 Australian Dollars).

You’ll don a wet suit and scuba mask where you’ll be within arm’s reach of sharks. No scuba experience is necessary and an experienced guide will be accompanying you to ensure a safe dive.

Be sure to wave to your friends and family on the other side of the glass for an interesting picture moment.

Perhaps, it’s time for you to get over your fear of sharks. 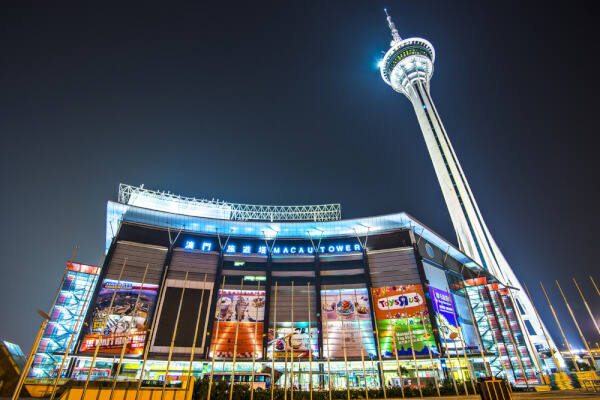 Do you believe that everyone should do something that reminds them they’re still alive? Well, how about braving the world’s highest commercial bungee jump – diving 764 feet (233 metres) from the top of the AJ Hackett Macau Tower. (*It was reported that a new 260-metre-high (853 feet) bungee-ump platform would be added to the Zhangjiajie Grand Canyon Glass Bridge in China sometime this year). 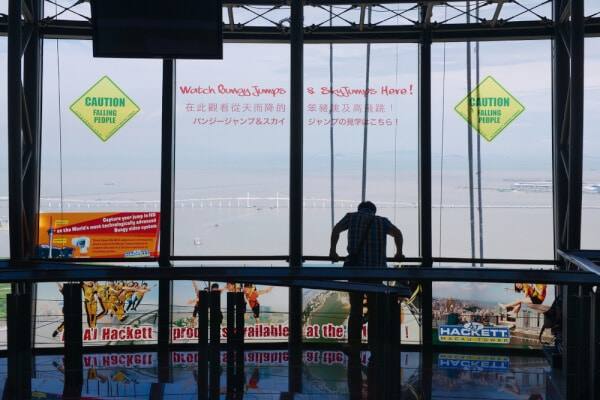 For just about $768 (3,988 Hong Kong dollars), you’ll be able to experience the ultimate adrenaline rush.

How much to fly to Hong Kong from Brunei? A return ticket will set you back about $730.

A Hong Kong-Macau return ferry ticket will cost you about $64 (330 HK dollars).

That’s about $327 extra cash you would have if you went for a Macau trip instead of getting the iPhone Xs.

Hope you’re not afraid of heights! 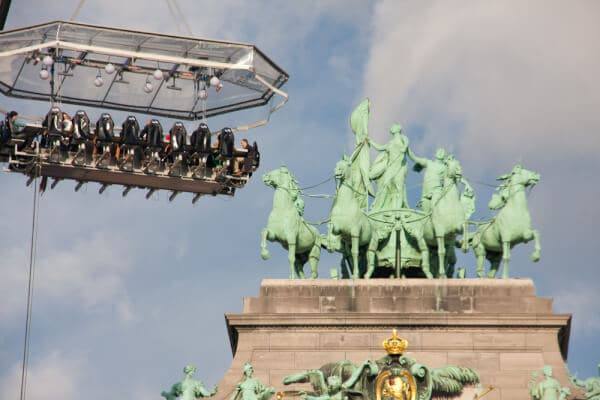 Over the past years, ‘Dinner in the Sky’ has criss-crossed the skies of over 40 countries (Photos: Shutterstock)

‘Dinner in the Sky’ (@dinner_in_the_sky_malaysia) is a Belgian based novelty restaurant service which uses a crane to hoist its diners, table, and waiting staff 150 feet (50 meters) into the air. Guests are served a 3-course dinner prepared by renowned chefs from famous hotels and restaurants in the city.

From now until December 31, 2018, ‘Dinner in the Sky’ will be available in Kuala Lumpur. (To find out where it’ll be headed next, visit http://dinnerinthesky.com/news/)

The price for one ‘Economy Class’ dinner ticket is about $135 (369 Ringgit Malaysia).

The price of a Brunei-Kuala Lumpur return ticket is $209.

So that means it would cost $344 for each person you plan on bringing (in this case, from Brunei) for this fancy dinner (airfare included).

Sounds like a great dinner outing to me, don’t you think so? 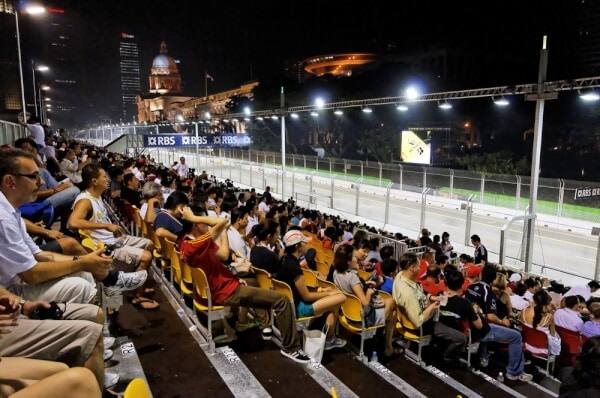 If you are wondering what you could spend your money on rather than getting the 512GB Xs, I’m here to tell you that you could have witnessed

It only costs about $300 for a Brunei-Singapore return ticket and $1,488 for a 3-day Grand Prix ticket where you will have access to the upper rows of the Pit Grandstand, which is guaranteed to give fans spectacular views of the team garages, starting grid or finish line.

That’s about $411 you would have extra in your wallet if you had decided to go to the Grand Prix instead of putting money aside for your iPhone Xs.

Perhaps now would be a good time to make plans for 2019’s Grand Prix in Singapore?

ITS18: Artist Line Up

Boasted as Asia’s largest festival at sea, this year, “It’s The Ship” (@itstheship) will be celebrating its 5th anniversary this year.

Rather than forking thousands of dollars for a phone, how about chilling out in this high seas by signing up for a 4-day, 3-night party from Singapore to Phuket and back on board a luxurious cruise ship with non-stop music from November 4 to 7, 2018?

If you forgo buying the $2,349 iPhone Xs Max, you would still have $559 extra after having the time of your life on that cruise.

Heck! For that money, you could even squeeze in a night’s stay at the grand Marina Bay Sands resort (@marinabaysands) in Singapore before flying back. Sounds like a plan!

Do you have any other ideas of crazy things you could do around the world for the price of the new iPhones? Be creative!