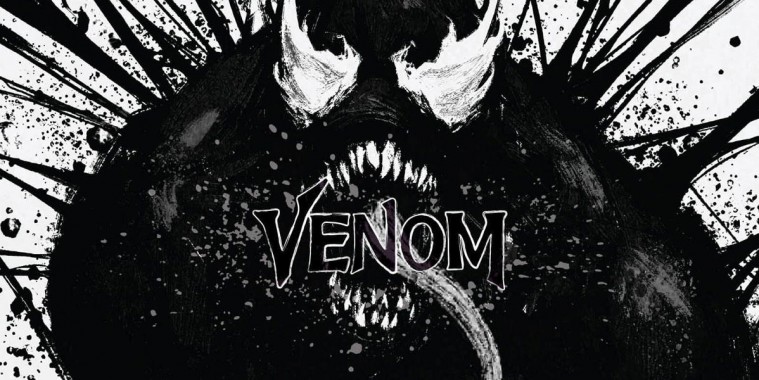 10 crazy things you need to know about Venom (spoiler-free)

Venom is Spider-Man’s most famous villain. But how much do you know about him?

Appearing in the history of Marvel comics commonly associated with Spider-Man and his adventures in New York, Venom was essentially a sentient alien ‘symbiote’ with an amorphous liquid-like form that required a host, usually a human, to bond with to ensure its survival.

Unlike most superhero identities, though, it’s not a mantle that is passed around or handed down. It’s literally a matter of the Venom symbiote moving from host to host.

The anti-hero vigilante is getting its own stand-alone film thanks to Sony Pictures.

Sneak previews of ‘Venom’ (2018) will be screened at cinemas across Brunei on Wednesday night (October 3).

Neue has listed out 10 things you need to know about Venom. (Note: These facts about Venom were taken from different timelines and they are not in any chronological order.) 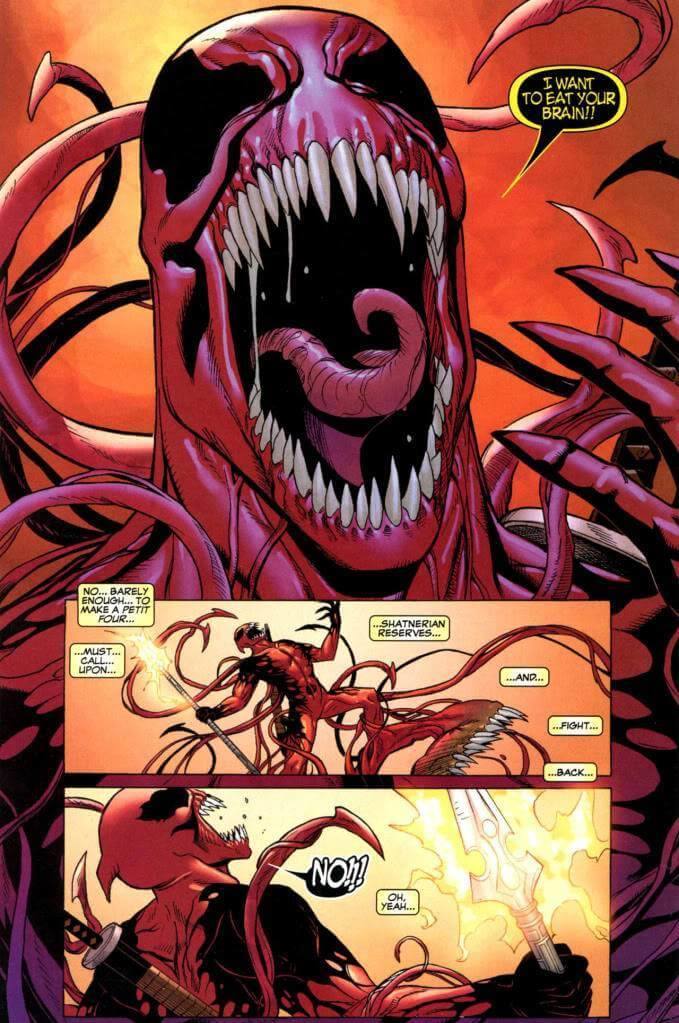 The symbiote’s first human host was Deadpool, who came across its prison while on Battleworld – hoping for a makeover – and wore the creature for a few minutes before realizing it was alive and interfacing with his mind. Concerned that his insanity would adversely affect it, Deadpool returned it to its prison moments before the arrival of Spider-Man.

2. Venom is a Guardian of the Galaxy 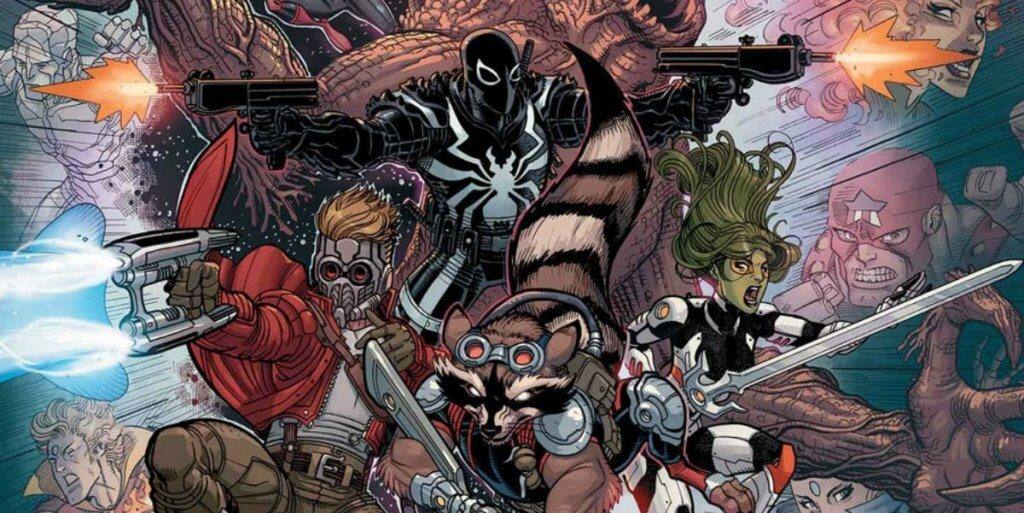 One wearer of the Venom suit was Peter Parker’s (AKA Spider-Man) former bully and wounded soldier, Flash Thompson. Under the name ‘Agent Venom’, he used the suit in small dosages as a means to complete government missions while resisting its villainous inclinations.

This new variation of the character was designed for a new generation of comic book readers who never knew Venom as a villain. Instead, they see Flash as a hero with an awesome costume that lets him do cool stuff.

In order to further establish this more youthful and heroic tone, he was also added to the ‘Guardians of the Galaxy’, mainly to act as a liaison between them and the Avengers.

3. Venom was originally going to be a woman 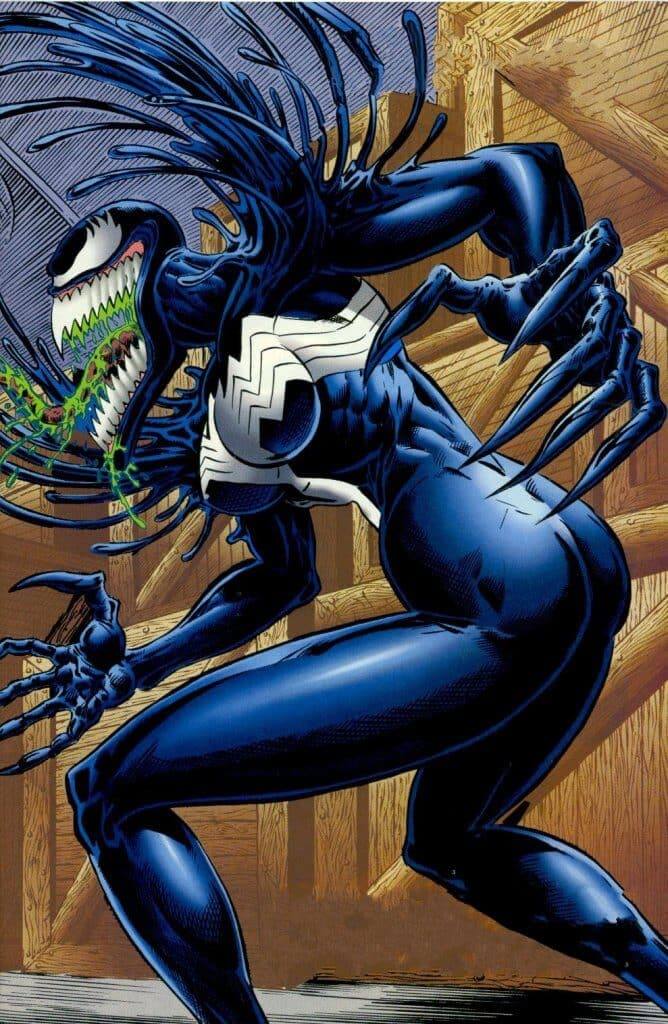 Ann Weying as She-Venom in the cover of Venom: Sinner Takes All #3, October 1995 (Photo: Wikipedia)

A pregnant woman’s life took a dark turn when she witnessed her husband die after being hit by a distracted taxi driver who had been watching Spider-Man battling it out with a villain in the city.

The woman would in a matter of minutes lost her husband, her baby and her sanity.

This nameless woman would subsequently focus all that hatred toward Spider-Man who she held responsible.

This was suppose to be the original Venom.

Unfortunately, at the time, the higher-ups at Marvel did not think that she would be a credible threat.

However, it wasn’t until years later that Eddie Brock’s (AKA Venom) ex-wife, Anne, finally became the first female host. 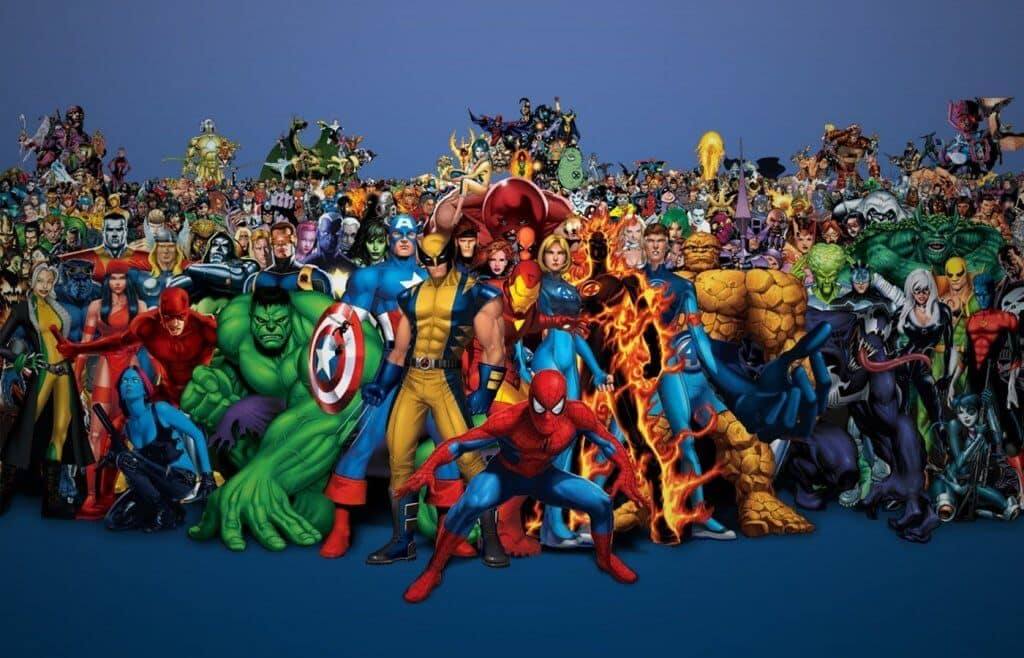 One of the coolest things that sets Venom far apart from Spider-Man is the fact that it is almost always changing and adapting to its environment, and most importantly its host.

After merging with its host, the Venom symbiote has the ability to gain that person’s unique powers, abilities and even their intellect.

Theoretically if Venom were to bond with all the heroes in the Marvel Cinematic Universe (MCU), it could pretty much become an unstoppable monster that would cause havoc all over the world.

Its knowledge of everyone of its hosts’ fighting styles and powers, giving insider information that is invaluable in the heat of battle.

Venom has the potential to be the greatest and coolest villain in the MCU.

5. Venom’s suit is powered by HATRED for Spider-Man 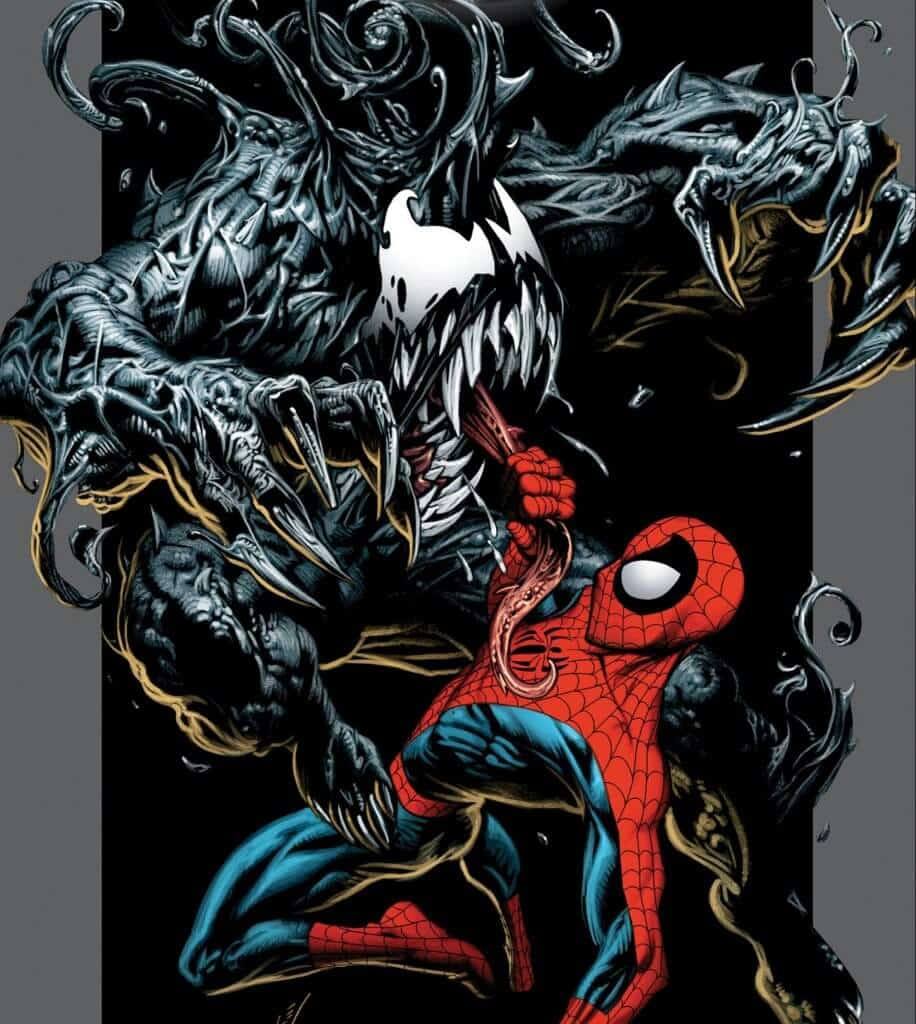 In layman’s terms, Venom’s powers will fluctuate based on how much its host hates the wall-climbing hero.

Since Spider-Man’s initial rejection of the symbiote, it has a festering resentment to the web-slinger, thus granting more powers and abilities to hosts that hate Spider-Man.

6. This is not Venom’s first appearance on big screen 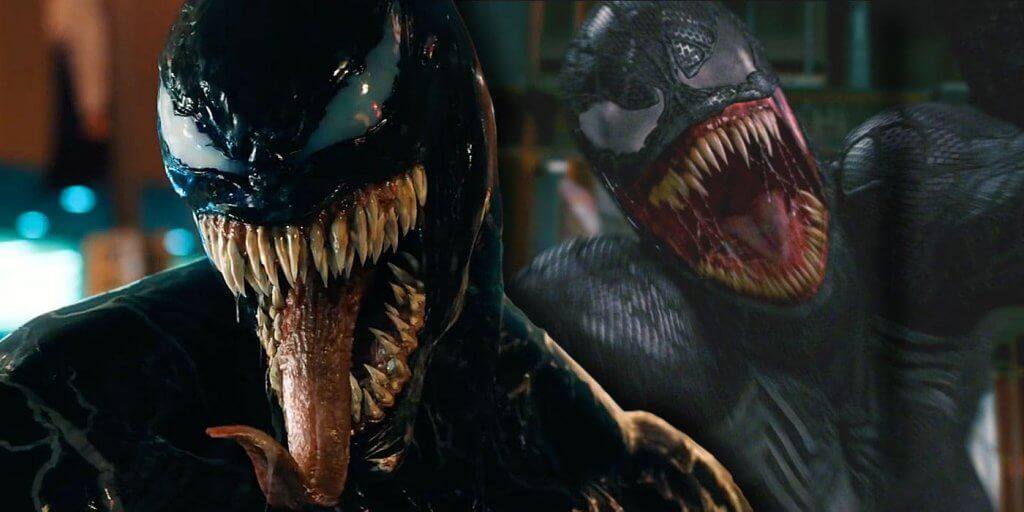 While Tom Hardy will be taking on the role of Venom in the character’s first major solo film.

This isn’t the first time someone has tried to bring Venom to the big screen for its own movie. There had been plans for a spin-off series after Eddie Brock made his appearance as one of the villains in 2007’s Spider-Man 3.

While it never happened, it boasted a screenplay by David S Goyer.

Guyer would eventually breakthrough into superhero films as the writer of 1998’s Blade and its sequels. He would go on to provide the scripts for Batman Begins, Man of Steel and Dawn of Justice. 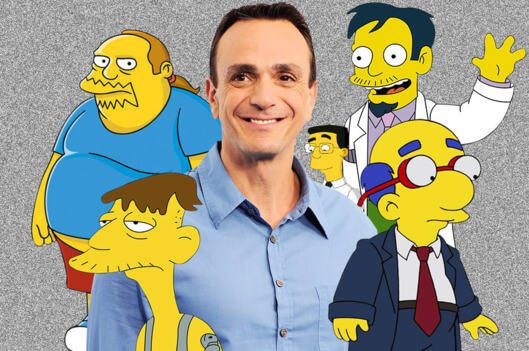 The classic 1994 Spider-Man the Animated Series remains to this day one of the more enjoyable adaptations of the wall-crawler. Part of the series’ appeal was its introduction of many characters familiar to the comics but new to television, one of whom was Venom.

As this was the character’s speaking debut, it meant that the actor playing him would be burdened with creating and characterising Venom’s speech patterns.

With Venom as both a recurring villain and a famous character, it meant a good deal of important was placed on getting the voice right.

Thankfully the actor tasked with this role was voice acting veteran, Hank Azaria.

He has voiced approximately 8,000 different characters on ‘The Simpsons’. You may know him as Moe, Chief Wiggum or Apu.

8. Venom was a dinosaur 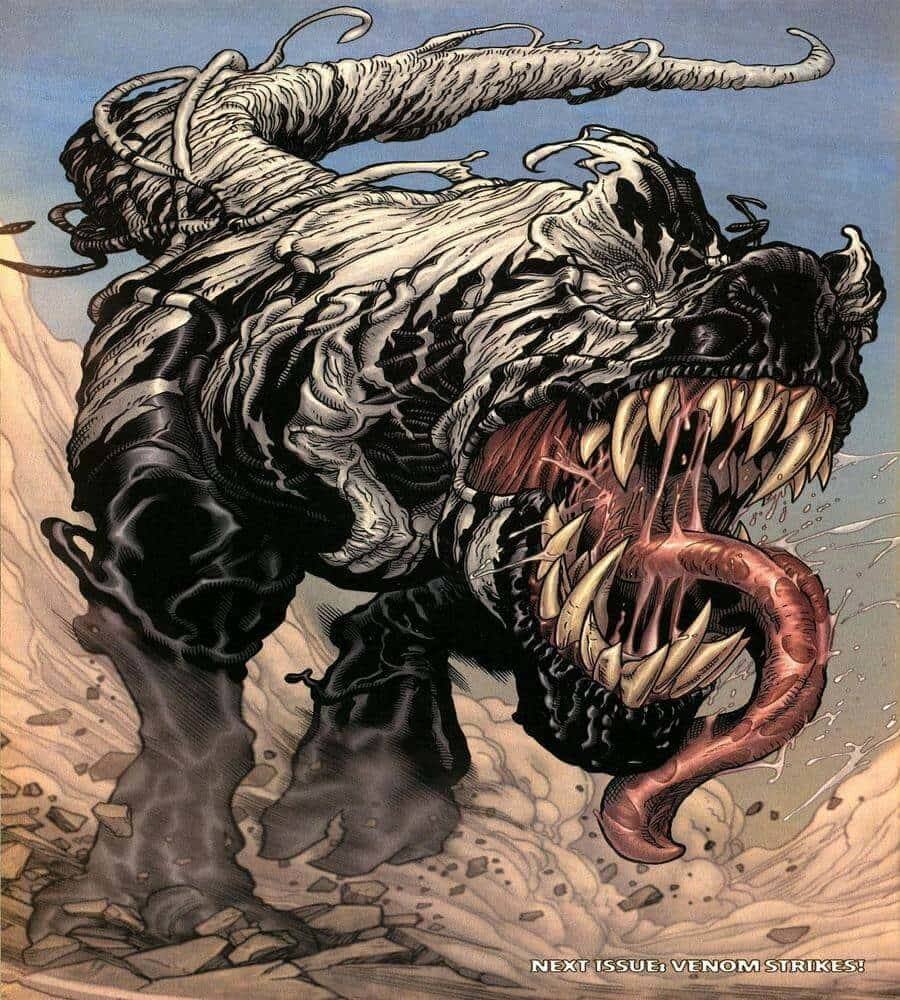 Over the years, the symbiote suit has briefly bonded with Captain Marvel, Wolverine, Dr Octopus … and this is just in the normal Marvel continuity.

However, if you expand to other ‘What If’ stories and alternate universes, Venom’s been pretty much everyone from The Punisher to Galactus: The Devourer of Worlds.

Perhaps one of the most weirdest creations the storyline introduced was the Venomsaurus Rex, a Tyrannosaurus Rex that that had become bonded with the Venom symbiote. The Venom T-Rex had a very brief appearance in Old Man Logan, but it was memorable enough to become a signature character of the universe.

9. Venom was up for auction 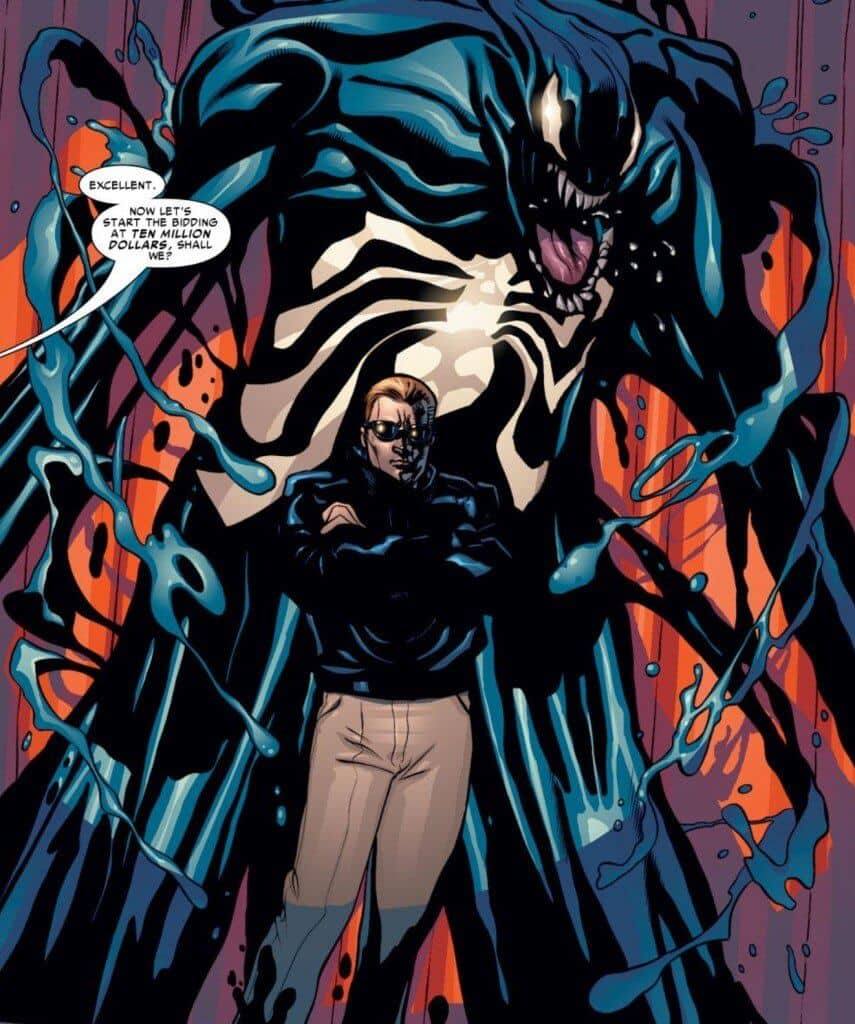 For Venom fans, there’s really one true host and that is Eddie Brock.

But before becoming Venom’s host, Eddie was dying of cancer.

And when Eddie’s cancer returned, he chose to make a few changes to his vigilante lifestyle.

Eddie believed that the best way to get rid of venom was auctioning it off for charity in Marvel Knights Spider-Man Issue #6.

The suit ends up with a son of a local mob boss who goes on to murder several of Peter Parker’s classmates.

10. Venom symbiote is the 998th generation of its bloodline

Venom symbiote is of an alien species called the ‘Klyntar’. One main characteristic of this alien species is that each passing generation produces offspring more powerful than their own. This is significant in relation to the Venom symbiote, because it is the 998th generation of offspring of its bloodline. This explains the character’s enormous strength, both physical and psychological.

Do you know any other interesting facts about Venom? Share what you know in the comments section below.