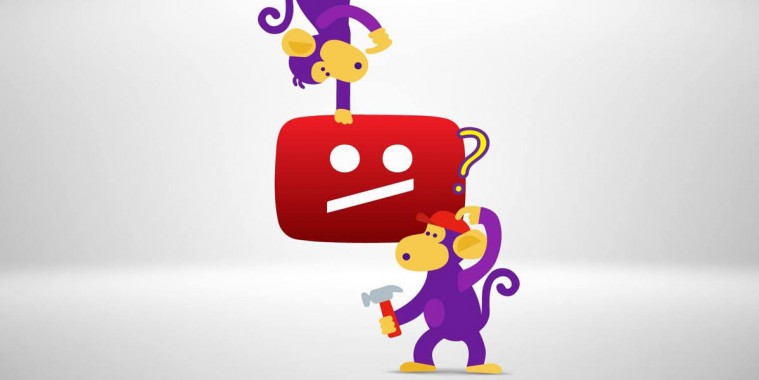 #YouTubeDown: Wreck-It Ralph Didn’t Do It

At around 9.20am (Brunei time) on Wednesday (October 17), YouTube experienced a major outage worldwide.

This was a big deal considering that the Google-owned streaming website has 1.8 BILLION monthly users – that’s about 5 TIMES the population of the United States of America (327 million).

And as expected, social media users around the world were in meltdown mode.

But we’ll get to that much later in the article. After all, it was just 2 weeks ago when another social media platform, Facebook’s photo-sharing platform Instagram suffered a global outage. (Click here to read Neue’s previous report: #INSTAGRAMDOWN)

Was Disney Responsible For The Outage?

According to Disney, the synopsis of the movie includes venturing into the uncharted, expansive and thrilling world of the Internet – which may or may not survive Ralph’s wrecking. Video game bad guy Ralph (voice of John C Reilly) and fellow misfit Vanellope von Schweetz (voice of Sarah Silverman) must risk it all by travelling to the World Wide Web in search of a replacement part to save Vanellope’s video game, ‘Sugar Rush’.

One Twitter user jokingly said in a tweet that he would be boycotting the movie if the #YouTubeDown fiasco was just a PR-stunt orchestrated by Disney.

According to a report, both New Zealand and Philadelphia Police warned their followers not to call the emergency services about the YouTube problem.

“Yes, our YouTube is down, too. No, please don’t call 911 – we can’t fix it,” Philadelphia Police said. A spokesperson from New Zealand Police, meanwhile,  took to Twitter about the problem, saying: “While it is extremely annoying, YouTube being down is not a police matter.”

Some Internet users trying to access the YouTube homepage received an error message appearing saying: “Sorry, something went wrong. A team of highly trained monkeys has been dispatched to deal with this situation.” Other attempts led to the homepage opening but no video content being displayed.

It is uncommon for YouTube to experience service interruptions. However, according to a report, it has happened before – during a 2018 FIFA World Cup game between Croatia and England in July, YouTube TV was down for around 40 minutes.

After nearly 2 hours (11am, Brunei time), YouTube issued a statement saying that it had restored service. 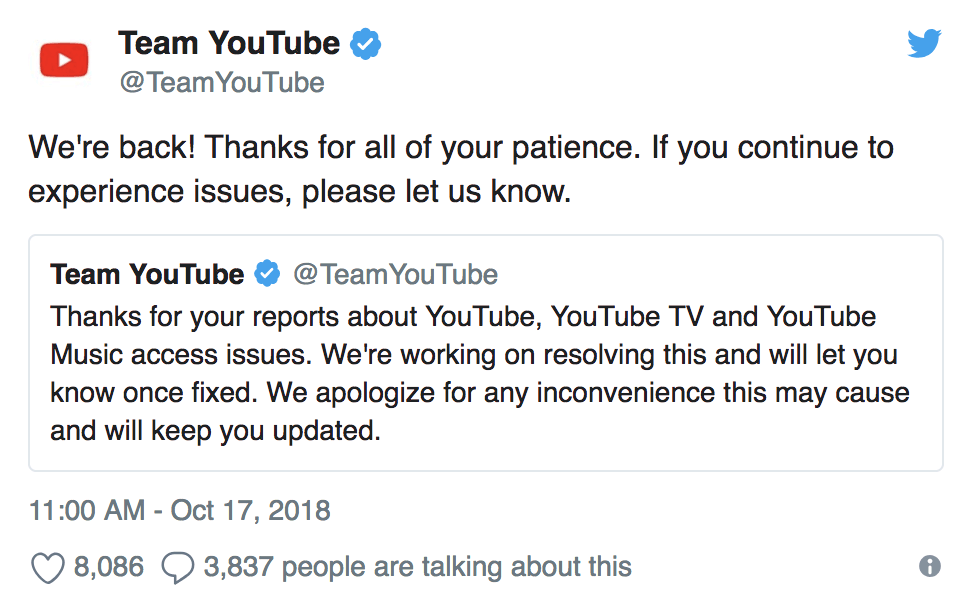 With YouTube back up and running, normalcy has finally been restored … well, at least until another social media platform gets fix by a major worldwide outage!

After personally experiencing two outages this month, I couldn’t help but wonder:

(1) Are we as a society becoming too reliant on social media platforms?

(2) What would happen if every form of social media disappeared from the face of the Earth? Would the world be a better place?

Neue would love to hear what you have to say about this. Drop us a line in the comments section below or reach out to Neue via social media on Instagram or Facebook.