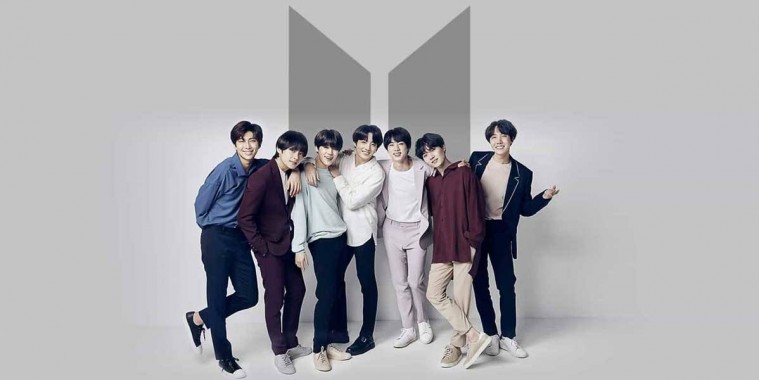 The “A.R.M.Y” – otherwise known as loyal fans of the K-Pop boy band sensation, BTS (@bts.bighitofficial) – have been on high alert around the world when news spread that their idols would be moving from the concert stage to the big screen. BTS’s first feature film “Burn the Stage: The Movie” is set to premiere on November 15, 2018.

Unless you’ve been living under a rock, you’d have known that BTS is made up of 7 members, whose stage names are RM, Jin, Suga, J-Hope, V, Jimin and Jungkook.

The BTS Army in Brunei have been crowding ticketing booths of local cinemas to collect their advanced tickets, priced at 15 Brunei Dollars (BND) each.

As expected, most of the “good seats” for the limited Brunei screening had been snapped up in no time.

One social media post about the #BTS madness in Brunei that caught Neue’s attention was this:

Ya’ll ARMYs are the best! ??? Reading your comments was really entertaining and made our day. ? Here’s some of the ARMY’s reaction when dropped the fire ? (This post is for entertainment purposes! ?) #timescineplex #btsarmy #BTS #burnthestage

Speaking to Neue, a BTS fan said: “I can’t wait to see my idols, especially Jungkook and J-Hope! I love them so much!”

When asked if seeing them on screen was “good enough” rather than seeing them live, the 20-something fangirl, who wished to remain anonymous, said: “I do not foresee them ever coming to Brunei to perform live. So seeing them in the cinemas will do … for now.”

She quickly added: “I hope that I’m lucky enough to secure tickets to see BTS perform live in Singapore on January 19, 2019 at the National Stadium, which has a seating capacity of 55,000.”

BTS will be making history as the first K-pop act to play at Singapore’s National Stadium. The last time BTS performed in the city-state was back in 2014 at The Star Theatre, which has a seating capacity of 5,000. 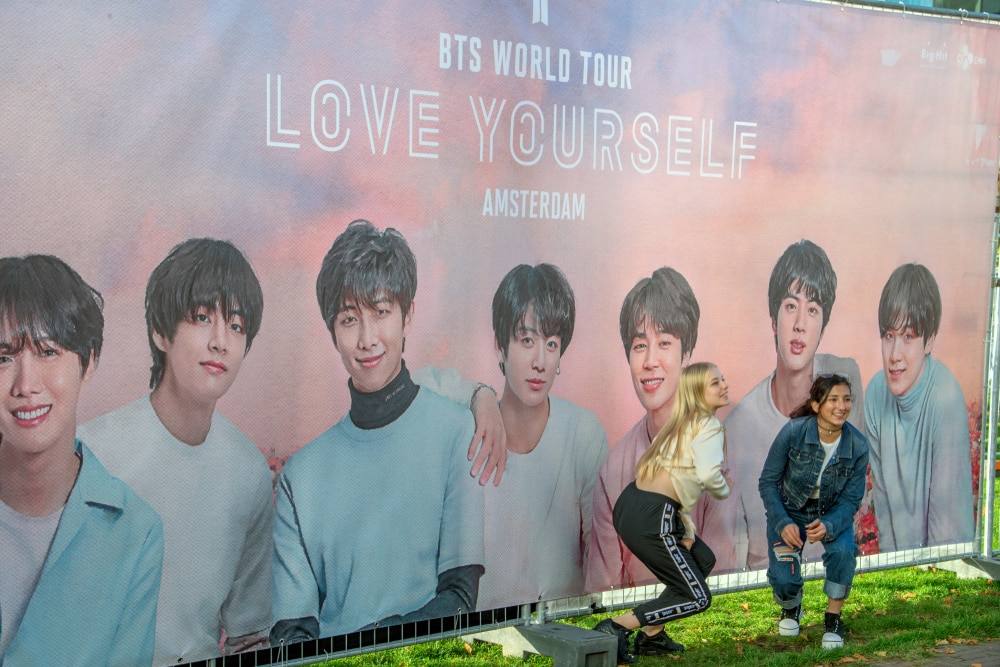 BTS fans having their photos taken in front of a billboard. (Photo: Shutterstock)

When to get tickets?
The official ticket sale date in Singapore is 27th October, 2018 (Saturday) – so be sure to mark your calendars! 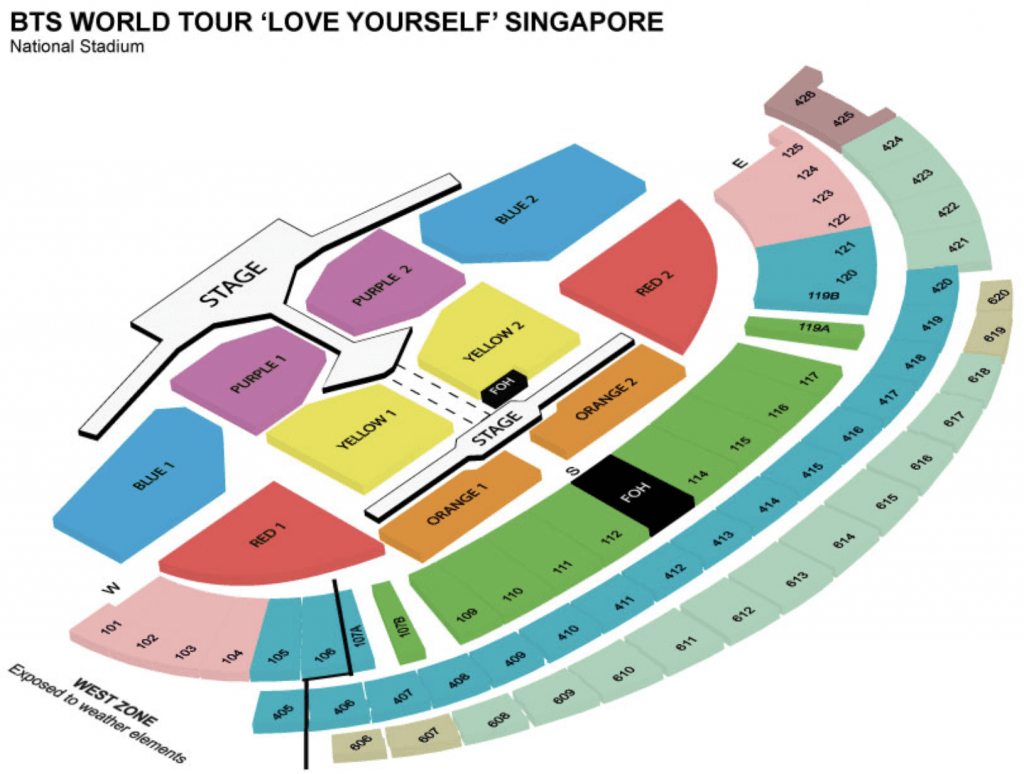 According to a report, Singapore will not be the only Southeast Asian country to be graced by BTS in 2019. The group will also be performing in Thailand on April 6 (Saturday) at Rajamangala National Stadium.

BTS World Tour ‘Love Yourself’ will have plenty to offer fans around the region, including songs from their chart-topping albums to solo performances from each of the members.

It will be the band’s biggest tour to date, while successfully selling out all their shows in North America, UK and Europe before making their way back to Asia. Notably, they sold over 40,000 tickets to Citi Field in New York for their first stadium show in the US within minutes. Over in the UK, they smashed the record for most merchandise ever to be sold at London’s The O2 Arena, a record that was previously held by The Rolling Stones since 2012.

If the photo below is any indication of what’s to come, you better have a couple of laptops on standby so that you can hit that ‘F5 – Refresh Button’ to nab those highly sought-after BTS tickets.

‘Sold Out’ … as expected! But there’s still hope for you (well, as of Thursday, October 25) to get your BTS tickets for Singapore’s show! Tickets are expected to go on sale on Saturday, October 27.

Have you seen BTS perform live before? What was it like? Will you be catching their latest feature film in cinemas this November?  Are there any songs by BTS that have had a profound impact on your life? Tell the world in the comments section below or reach out to Neue on Facebook or Instagram.