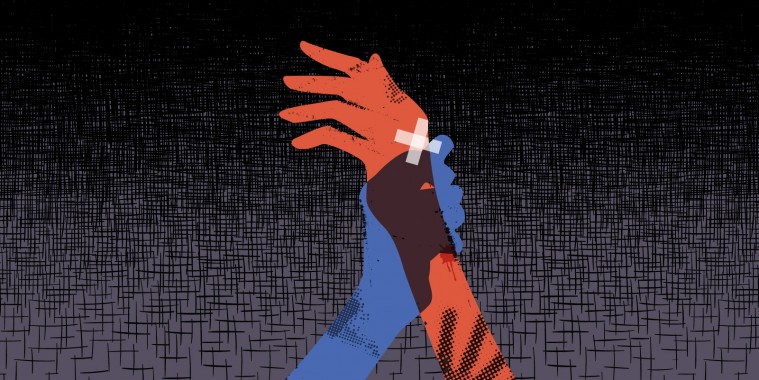 No matter where you’re from, it’s not right to raise a hand to a woman.

This was what Emma Murphy said in a video she posted online 3 years ago following a beating by her then-partner.

The Irish woman who is seen with a bruised eye in the video is the face of abuse.

It was not until she saw her bruised face in the mirror that she realised the violence she was enduring was “unacceptable”.

In the video, the mother of 2 said: “I’ve had the courage to walk away and go straight to my family and friends and people who love me … and do something about it this time … For it to happen once is unacceptable but to be made feel it is acceptable is even worse, to be mentally tortured and told you’re paranoid and insecure – that’s mental torture.”

According to a report that was published on the Psychology Today website, men who are abusers are very clever, smart, and extremely charming.

Most of these men have a personality that draws people in because of their level of charm this is part of their art to deceive and manipulate. This is why often times when a victim does report an assault, she is not easily believed. Most batterers are seen as “Dr Jekyll & Mr Hyde” because of the stark contrast in their public and private selves.

Attitudes towards domestic violence varied significantly across 49 countries surveyed with only 3% of people justifying it in the Dominican Republic, in the Caribbean, compared to 83% in Timor-Leste (Southeast Asia), according to a study by the University of Bristol.

The surveys measured whether people thought a husband or partner was justified in beating his wife or partner if she goes out without telling him, argues with him, neglects the children, suspected of being unfaithful, refuses to have sex or burns the food.

The data suggest that the societal acceptance of domestic violence was higher in South Asia with nearly half the population (47%) justifying it and in Sub-Saharan Africa (38%), compared with Latin America and the Caribbean (12%), Europe and Central Asia (29%).

According to Dr LynnMarie Sardinha, an ESRC Research Fellow in Domestic Violence and Health at the University of Bristol who led the research, the study above was the first of its kind.

“The widespread justification of domestic violence by women in highly patriarchal societies suggests women have internalised the idea that a husband who physically punishes his wife or verbally reprimands her has exercised a right that serves her interest. They perceive this behaviour as legitimate disciplining, rather than an act of violence,” she said in a report published on the Science Daily website.

Domestic Violence Is A Social Issue

According to the article that was published on the Southeast Asia Globe website, about 20% of the more than 3,000 women questioned had been tied up and beaten, and 7% said they had been choked and burned, or knew someone who had experienced such abuse.

“Women who are exposed to poverty are trapped by their husbands,” opposition lawmaker Mu Sochua, who was minister of Women’s Affairs from 1988 to 2004, was quoted as saying in the report. “Like anywhere in the world, domestic violence is a social issue and it is an accumulation of many factors. What makes it more serious in Cambodia is the level of impunity here.”

What Are The Signs? 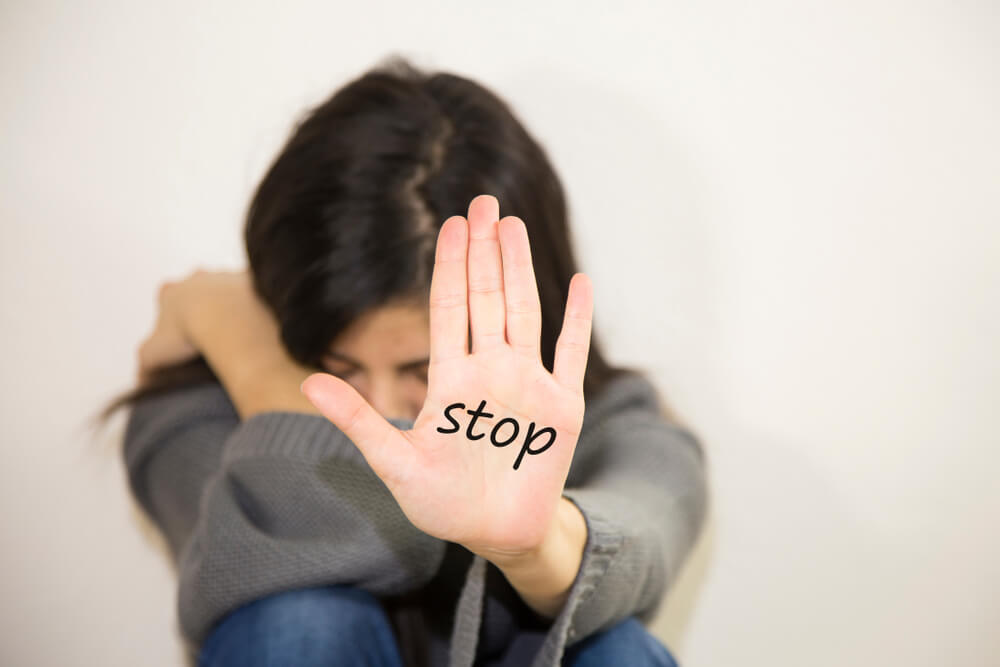 Spotting signs of domestic violence is a lot more than just noticing bruises, which can be difficult.

According to a Guardian article, domestic abuse is the most under-reported violent crime, with the average victim experiencing 35 assaults before calling the police. Many dismiss the first few incidents as one-offs and when the abuse becomes consistent, victims might feel too ashamed to tell anyone, or see it as a private matter. Many are trapped in abusive relationships out of the fear of the consequences of leaving.

According to the US National Domestic Violence Hotline, some warning signs include the following:

#1. Their partner insults them in front of other people.
#2. They are constantly worried about making their partner angry.
#3. They make excuses for their partner’s behaviour.
#4. Their partner is extremely jealous or possessive.
#5. They have unexplained marks or injuries.
#6. They’ve stopped spending time with friends and family.
#7. They are depressed or anxious, or you notice changes in their personality.
#8. If you think your friend or family member is being abused, be supportive by listening to them and asking questions about how they’re doing. The person being abused may not be ready or able to leave the relationship right now.

How Can You Help?

Knowing or thinking that someone you care about is in a violent relationship can be very hard. You may fear for her safety – and maybe for good reason. You may want to rescue her or insist she leave, but every adult must make her own decisions. Each situation is different, and the people involved are all different too. Here are some ways to help a loved one who is being abused:

Try to make sure you have privacy and won’t be distracted or interrupted. Visit your loved one in person if possible.

#2. Let her know you’re concerned about her safety

Be honest. Tell her about times when you were worried about her. Help her see that abuse is wrong. She may not respond right away, or she may even get defensive or deny the abuse. Let her know you want to help and will be there to support her in whatever decision she makes.

Listen to your loved one. Keep in mind that it may be very hard for her to talk about the abuse. Tell her that she is not alone and that people want to help. If she wants help, ask her what you can do.

You might say you are willing to just listen, to help her with child care, or to provide transportation, for example.

Don’t say, “You just need to leave.” Instead, say something like, “I get scared thinking about what might happen to you.” Tell her you understand that her situation is very difficult.

#6. Help her make a safety plan

Safety planning might include packing important items and helping her find a “safe” word. This is a code word she can use to let you know she is in danger without an abuser knowing. It might also include agreeing on a place to meet her if she has to leave in a hurry.

#7. Encourage her to talk to someone who can help

Offer to help her find a local domestic violence agency. Offer to go with her to the agency, the police, or court.

#8.  If she decides to stay, continue to be supportive

She may decide to stay in the relationship, or she may leave and then go back many times. It may be hard for you to understand, but people stay in abusive relationships for many reasons. Be supportive, no matter what she decides to do.

#9. Encourage her to do things outside of the relationship

It’s important for her to see friends and family.

#10. If she decides to leave, continue to offer help

Even though the relationship was abusive, she may feel sad and lonely once it is over. She may also need help getting services from agencies or community groups.

#11. Let her know that you will always be there no matter what

It can be very frustrating to see a friend or loved one stay in an abusive relationship. But if you end your relationship, she has one less safe place to go in the future. You cannot force a person to leave a relationship, but you can let them know you’ll help, whatever they decide to do. (Source: US Department of Health & Human Services)

Are You Doing Your Part To Help?

We here at Neue hope that this article helps to create more awareness and understanding of what a victim of domestic abuse or violence goes through, what their fears are, and what support they need from family and friends. Do you know anyone who may be suffering in silence?