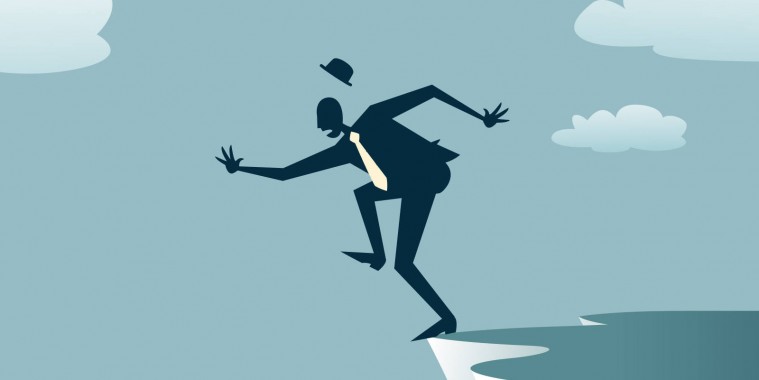 Living Life On The Edge: Can You Stomach These Near-Death Moments?

Neue has compiled a list of videos with near-death moments. Can you watch through it without looking away? Or will your vertigo betray you?

This is the terrifying moment a first-time hang glider desperately clings on for life after the pilot forgot to attach him to the craft.

According to The Sun, the heart-stopping footage shows US holidaymaker Chris Gurksy holding on for more than two minutes as he dangles high above the ground.

At one point, he even appears to be hanging on with just one hand as the hang glider soars in the air.

The tourist posted the footage of his “near death experience” online after a trip to Switzerland that saw him take off from a 4,000ft mountain edge.

Sharing the footage, he wrote: “My first time Hang Gliding turned into a near death experience as my safety harness was never hooked to the Glider. 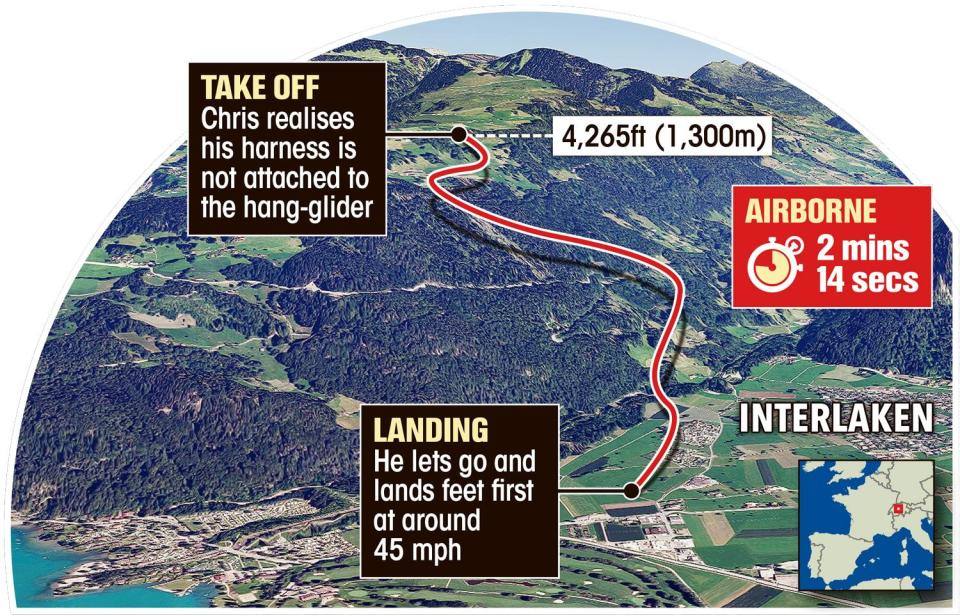 (Illustration courtesy of The Sun)

It’s one of the first lessons our parents teach us: look both ways. This applies to biking across train tracks as well as crossing the road. One rider seems to have forgotten the both part in a harrowing new video out of the Netherlands.

At an unguarded railroad crossing near city of Haarlem last week, surveillance footage caught a cyclist narrowly escaping death while trying to cross the tracks.

It’s unclear whether the rider saw the passenger train approaching from his right, but it seems likely that his view was obscured by the earlier passing of a freight train from his left (which he waited for).

If you had watched the video, you’d see the moment the cyclist realises he’s in grave danger as he removes his left foot from its pedal and, while still straddling the bike, attempts to kick himself the rest of the way across. The chilling 50-second clip ends with the rider just barely making it to the other side of the tracks unharmed. (Source: Bicycling) 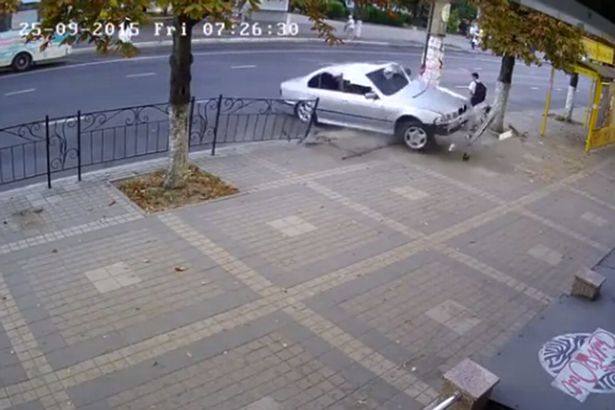 The schoolboy had an incredibly lucky escape (Photo courtesy of Mirror)

This is the moment a schoolboy cheats death as a speeding car smashes into a lamppost missing him by inches.

The clip begins with the schoolboy waiting by the side of the road.

The young lad can be seen scuffing his feet along the pavement, distractedly as he leans against a railing.

He has just wandered over towards the bus shelter when suddenly, a speeding car appears out of nowhere and veers out of control.

According to the original upload, the clip was taken in Ukraine. (Source: Mirror)

This video footage shows a kid almost falling off a cliff at Minnewaska State Park in New Paltz, New York. Luckily, his friend catches him in the nick of time. He had attempted to jump a large gap with a 75 foot death drop on all sides.

This is the moment  an Austrian skier fell off a mountain as he was trying to put his skis.

According to The Telegraph, Stefan Ager survived the 15-second fall, despite skimming across rocks on his near vertical descent. He can be heard on the camera microphone letting out a gasp of pain when he eventually comes to a standstill at the bottom of the slope.

The footage above shows a woman who almost fell off a moving Mumbai local train after she lost her balance. However, she was quickly pulled back inside by alert commuters. In the video, the woman, who is adjusting her earphones, can be seen standing on the edge of the train compartment’s footboard when she loses her balance and falls off the train only to be pulled back inside by her co-passengers. (Source: News18)

A man narrowly escaped death after jumping from a moving train into water in Western Australia.

The video footage of the dangerous stunt (above) shows the man jumping from the moving train as it passes over Freemantle Railway Bridge.

Authorities say the man was lucky he wasn’t killed.

“You don’t actually need to reach out and touch those wires or rub against one for it to electrocute someone,” Public Transport Authorities’, Claire Krol told Nine News.

“It is absolutely disgraceful behaviour, it is clearly dangerous, this person is very lucky to have survived.” (Source: TVNZ)

Surgeon Richard Henriksen’s penchant for performing gymnastics before BASE jumping from cliffs in western Norway made him the ideal candidate for Norwegian state broadcaster NRK’s television show “Normal Madness”.

Showcasing his eccentric and extreme habit for the cameras, the father-of-five set up a high bar on the edge of a cliff in order to launch himself into his BASE jump with a somersault.

But the stunt took a shocking turn when the apparatus broke while Henriksen was mid-swing sending him hurtling over the edge of the 4,000ft (1,200m) cliff.

The adrenaline seeker narrowly missed hitting the craggy rock face but retained his composure in time to open his parachute and safely land.

The show’s presenter Arde Sende Osen, who was filmed looking on when the accident happened, said he instantly believed Henriksen would be killed. (Source: The Telegraph)

Are there any videos you’d like Neue to check out? Drop us a message in the comments section below or reach out to Neue on social media on Facebook or Instagram.