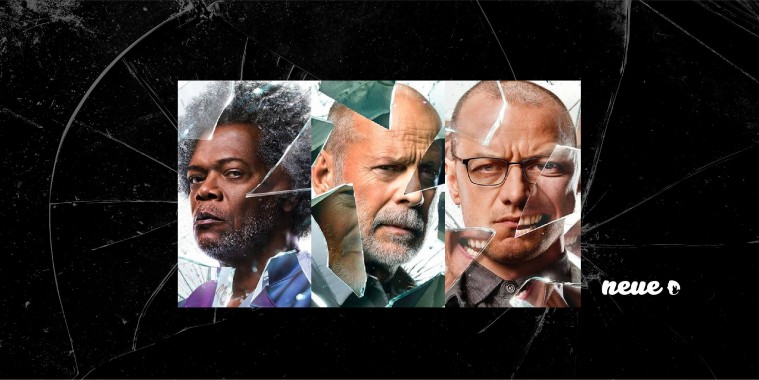 Neue has prepared a shatter-proof guide for moviegoers planning to catch the upcoming film, ‘Glass’ (@glassmovie), which will hit cinemas mid-January 2019.

What do the movies ‘The Sixth Sense’ and ‘Unbreakable’ have in common? Both movies are linked to director M Night Shyamalan and actor Bruce Willis.

That movie still contains, as far as I am concerned, the greatest twist ending of all time.

‘The Sixth Sense’ tells the story of a troubled, isolated boy who is able to see and talk to the dead, and an equally troubled child psychologist (played by Bruce Willis) who tries to help him.

“I see dead people.” Most people consider these four words the most memorable quote from the supernatural horror film.

This film established Shyamalan as a writer and director, and introduced the cinema public to his traits, most notably his affinity for surprise endings.

‘The Sixth Sense’ was a commercial success and later nominated for six Academy Awards, including Best Picture, Best Director and Best Original Screenplay.

The following year, Shyamalan teamed up again with Bruce Willis in the film ‘Unbreakable’ (2000), which he also he also wrote and directed. 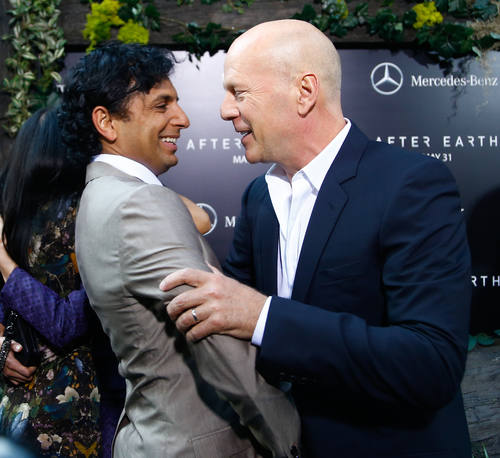 According to a report, Shyamalan will NOT be recapping his past projects – ‘Unbreakable (2000) and ‘Split’ (2016) – in the upcoming movie, ‘Glass’. That’s a bold move, if you ask me! After all, it has been nearly 20 years since ‘Unbreakable’ first debuted.

However, we here at Neue strongly believe that recaps are important.

That said, read on for a shatter-proof guide for the upcoming movie, ‘Glass’. 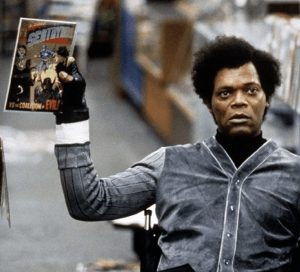 ‘Unbreakable’ was a superhero film unlike any other. The movie tells the story of David Dunn (played by Bruce Willis) who takes a train from New York City back home to Philadelphia after a job interview that didn’t go well when his carriage jumps the tracks and collides with an oncoming engine.

Miraculously, David is the only survivor among the 131 passengers on board. Astoundingly, David is not only alive, he hardly seems to have been touched.

As David wonders what has happened to him and why he was able to walk away, he encounters a mysterious stranger, Elijah Price (Samuel L Jackson, see photo above), who explains to David that there are a certain number of people who are “unbreakable” – having remarkable endurance and courage, a predisposition toward dangerous behaviour.

David Dunn (played by Bruce Willis) is seen in a scene from ‘Unbreakable’ (Courtesy of Touchstone, a subsidiary of Walt Disney Studios)

(Second warning: Spoilers for ‘Unbreakable’ ahead)

While walking through a train station, David  discovers he has the ability to sense people’s bad deeds by simply touching them.

A man in an orange suit bumps into David.

David senses that the man has recently broken in an unsuspecting person’s house.

David follows the man in the orange suit back to the house where he is holding the family hostage.

David himself trespasses to save the family. While inside the orange suit man throws David into a pool.

He nearly drowns due to his weakness from water, but the hostage children save him. David then proceeds to strangle the orange suit man to death after a big struggle.

He finds that he was too late in saving the children’s parents. The next day, David is mentioned in the paper as a hero.

Elijah sees this and asks to meet David.

When they meet, David shakes Elijah’s hand and all of a sudden sees Elijah’s bad deeds.

Elijah orchestrated the plane crash, hotel fire and the train crash that David was a part of, all to find his exact opposite in life, the unbreakable man, David.

David is the hero, and Elijah is the villain.

David walks away upset. He led authorities to Elijah’s store where they find evidence of three acts of terrorism.

Elijah is sent to an institution for the criminally insane

The film ‘Split’ revolves around a character named Kevin Wendell Crumb (played by actor James McAvoy), a man with 23 discrete personalities, all different and dangerous with agendas of their own.

The story follows him as he kidnaps three teenage girls and holds them hostage in his basement. The girls soon begin to meet each personality, with the final persona being the most terrifying of them all – The Beast (see photo above).

(Third warning: Spoilers for ‘Split’ ahead)

After Kevin makes his escape, the film moves to a bar, where a news broadcast recounts some of the events of the film. A man with multiple personalities kidnapped three young women and held them captive – and police have given him a name: The Horde. Someone in the bar remarks, didn’t authorities have a nickname for that man in a wheelchair who caused trouble 15 years ago?

Yes! ‘Split’ is set in the same universe as ‘Unbreakable’. Surprise! Surprise!

Why Are These Recaps Important?

We both walked into the cinema thinking that it was a stand-alone psychological thriller.

However, after learning about the twist at the end of the movie, we both walked out of the cinema 2 different people.

My friend, on the other hand, did not.

It was a very different experience for both of us.

For me, learning that ‘Split’ was set in the same world as ‘Unbreakable’ was in my opinion, one of the best endings of the past decade. I would even go as far as saying that it was as good as the ending of ‘The Sixth Sense’.

However, as far as my friend was concerned, the so-called big reveal at the end of ‘Split’ was “nothing special”.

It is for this reason I strongly recommend anyone who is planning to watch ‘Glass’ to re-watch ‘Unbreakable’ and ‘Split’. However, if you do not have time to do so, reading this article would be fine too.

Do you think that the ending of ‘Glass’ would be epic or a disappointment? Let Neue know by dropping a comment below or via Instagram or Facebook.