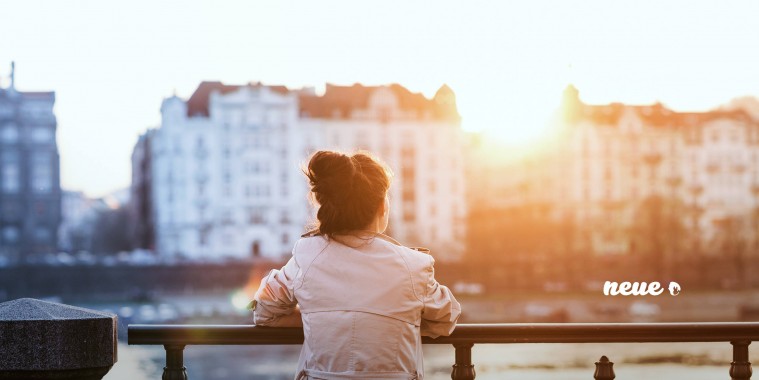 No matter what, losing your job will always be painful – emotionally, financially and psychologically.

The reporter, who had been working for a Malay-language newspaper for the last 10 years, showed great maturity in dealing with the situation.

Was she angry? No.

However, she was saddened that the news was delivered to her in a shocking manner.

“There was no time to prepare mentally,” she said, adding that she would greatly miss her former co-workers who have grown to become more like ‘family’.

Neue (@whatsneue) was moved by Imelda’s words and tenacity.

One of the main reasons why I felt compelled to write this article was to give hope to anyone who may have unexpected lost their main source of income.

Such Painful News To Process 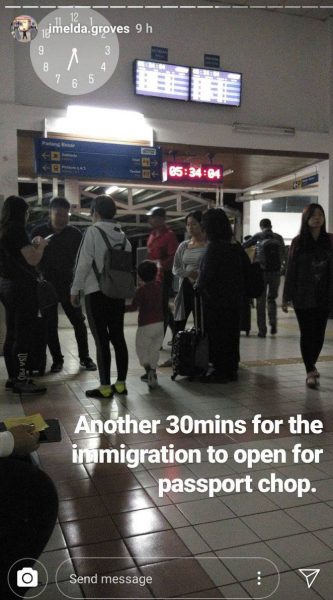 While waiting for the immigration counter to open, Imelda had a chat with Neue at 5.30 in the morning (Photos courtesy of Imelda)

Speaking to Neue at 5.30 in the morning on Monday (January 14), Imelda, who was in the middle of her solo “soul-searching” trip overseas, confessed that she wasn’t mentally prepared to lose her job so suddenly.

“As soon as I received that ‘death note’, I struggled to fight back tears.

“I stared blankly at the letter before putting my signature on it. I did try my best to be strong.

“But I have to be honest; I broke down and cried.

“I cried a lot that day.

“I remember sitting in my car as I called my husband to inform him about the bad news.

“At my now former workplace, I packed my things and said my goodbyes to all my colleagues.

“Once I arrived home, I broke the news to my parents.

“However, the most painful part was telling my kids about why their mom is now unemployed.

“As word got around, I began receiving lots of messages. And this was when I decided to announce it publicly on social media.

“As I am (was?) in the media industry, I strongly believed that I owed it to the people, especially those who I have worked with, to inform that I was no longer employed.”

Kind Words That Kept Her Spirits Up

Imelda vows to keep moving on. “I am a firm believer that no matter what, life goes on,” she says.

As word got around that Imelda had been let go, her Instagram post was flooded with messages of support and sympathy.

Among the kind words left behind were:

“I wish you nothing but a better opportunity next Mel! You will always be in my prayer.”

“When one door closes, another one opens. Keep the faith! You did a great job there and your experience will lead you to better things.”

“Everything happens for a reason.”

Imelda said it was thanks to such kind words from her former colleagues, friends and family that she found the strength to keep moving on.

“I made a promise to myself. I said, ‘Okay Mel, you can cry today, but tomorrow, you’ll roar … roar fiercely like never before!'” 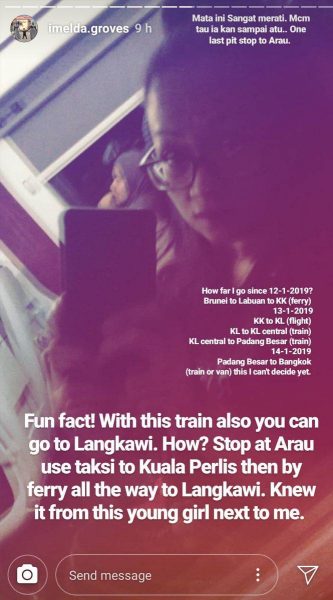 On Monday, Imelda was still making her way to Bangkok

Rather than just sulking and continuing to feel sorry for herself, Imelda mustered up the courage to go on a spontaneous overseas trip.

“It has always been my dream to go on a solo trip overseas for an adventure ever since I completed my university studies some 6-7 years ago.

“I’ve been putting off travelling for so long due to work and family commitments. I was always worried of being seen as a selfish wife, mother and daughter. This is why I would often just shrug this dream off.

“Just the other day, I decided to pack my bags and go wherever my instinct tell me to go.

“As I’m not getting any younger and now jobless, I wondered when would be the ‘right time’ for me to pursue my dream.

“I believe that I will learn something invaluable from this scary, spontaneous trip.

“Over the last 3 days, time management, problem solving and critical thinking skills have been put to the test. I’ve also learnt to expect the unexpected and to always be happy with whatever you’re doing. And remember, nothing can stop you but yourself!

“I am a firm believer that no matter what, life goes on. After all, I’m still breathing. I have to keep going. I have kids to feed and parents to look after. This is what inspires me to keep filling out the chapters in my life until my last breath.”

Imagine walking into your workplace tomorrow and being informed that your services were no longer required.

How would you react?

Would you know what to do?

Do you have enough savings in the bank?

We here at Neue wish Imelda all the best in her future endeavours.