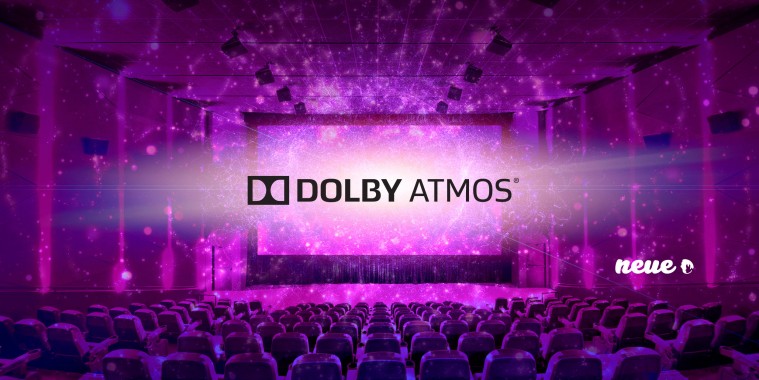 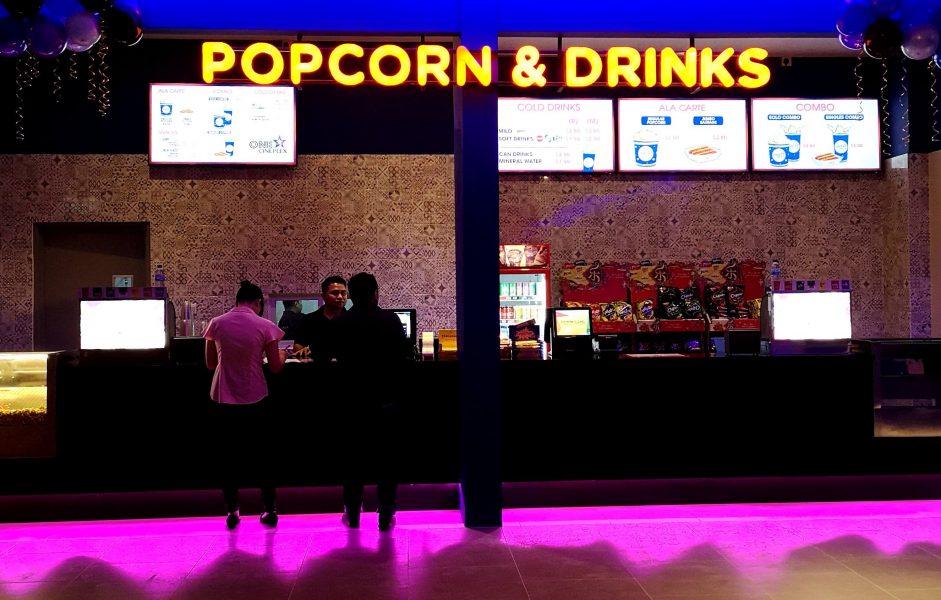 One Cineplex is located at the 3rd floor of OneCity Shopping Centre at Jalan Utama Salambigar in Kg Salambigar. It is located opposite International School Brunei (ISB)

Last Friday afternoon, I heard the sound of helicopter rotor blades thrashing through the air – not just around but above me too.

No, I wasn’t standing in an open field.

Rather, I was seated comfortably in Cinema Hall 1 of Brunei’s newest cinema, One Cineplex (@onecineplex).

It is the first cinema in the country to be equipped with Dolby Atmos, a new kind of surround sound technology that is said to improve upon the concepts of a multi-speaker sound system.

Neue (@whatsneue) was among the first in Brunei to experience the wonders of Dolby Atmos during a special presentation last week at Cinema Hall 1 of One Cineplex.

The most immediately noticeable difference in a Dolby Atmos system is the use of overhead speakers, but that’s just part of the story.

A typical surround sound system consists of left, centre, and right discrete channels with the speakers behind the screen. The surround channels are handled by wall-mounted arrays of speakers, divided acoustically into two or four zones. All speakers within a zone receive the same audio information.

In a Dolby Atmos theatre, every speaker is powered independently and gets its own separate audio feed. In effect, each speaker is its own zone. In addition to the overhead speakers, Dolby Atmos typically adds more surround speakers and screen speakers.

The improved speaker layout is a key to implementing the dramatic audio improvements of Dolby Atmos.

Imagine sitting in a restaurant. There’s a general buzz of conversation and music all around, yet you can pick out an individual voice behind you or a clink of silverware from the terrace above you – and you can tell exactly where each sound is coming from.

Now you’re watching that same restaurant scene in a movie. With conventional surround sound, you’ll get the ambience, but the voice and clink come from vague locations – if you can pick them out at all. That’s because channel-based sounds – particularly surround effects – have to be assigned to a general zone, not a specific location. And because there are no overhead speakers, the sounds cannot move above you.

In Dolby Atmos, each of those sounds can be created as an independent entity – an audio object. Put all the objects together, and you’ll feel like you’re actually in the restaurant, not just watching a scene.

Any sound can be a single audio object, placed and moved independently anywhere in the theatre. The filmmaker decides exactly where the sound should come from and where it should move. So you hear the roar of a plane flying overhead from above you, or a door closing to the left. Sounds can originate from a single speaker or sequence of speakers, or from any number of speakers simultaneously.

Audio objects empower filmmakers to focus on the story and put the sounds where they belong, rather than compromise the artistic impact to fit a fixed channel or zone.

Experience Dolby Atmos With Your Dragon

One Cineplex has 6 cinema halls

The public in Brunei will be able to experience Dolby Atmos in all its glory once it begins screening “How To Train Your Dragon: The Hidden World”, by the end of January 2019.

Be sure to mark your calendars for the premiere of DreamWorks’ latest animation to experience Dolby Atmos in Brunei for yourselves only at One Cineplex (@onecineplex).

One Cineplex first opened its doors for business last Thursday (January 17) with the screening of “The Kid Who Would Be King” and “Glass” (click here to read Neue’s past article – Glass: Shatter-Proof Movie Guide).