Top 10 CNY Taboos You Should Know

The following is a true story that happened over 20 years ago when I was much, much younger.

I’ll never forget the the look my grandparents gave me when I told them that I had “helped out” by sweeping the wooden staircase of their modest two-storey home in Jalan Mumong, Belait District, Brunei Darussalam.

It was the look of absolute shock.

Had it been any other day of the year, I’m sure they would have thanked me for sweeping the stairs.

However, this was no ordinary day.

It was the FIRST day of Chinese New Year!

This was the day I learned about the many taboos that are associated with Chinese New Year!

Did you know that the Chinese believe that sweeping the floor on the first day of Chinese New Year would mean sweeping away the good luck from the household?

But now, I know better!

For the year 2019, Chinese New Year will fall on February 5, a Tuesday.

With the Lunar New Year being just around the corner, Neue (@whatsneue) has compiled a list of things that you SHOULD NOT do during the festivities.

#1. No Porridge For Breakfast 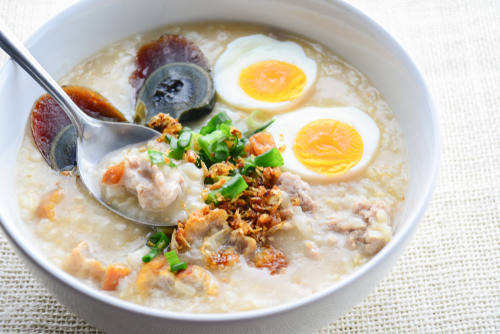 You should NOT eat porridge for breakfast, especially on the first day of Chinese New Year. Otherwise you will not become rich or enjoy a prosperous year ahead.

Why, you ask? Because in the past, only less fortunate (poor) families would eat porridge. 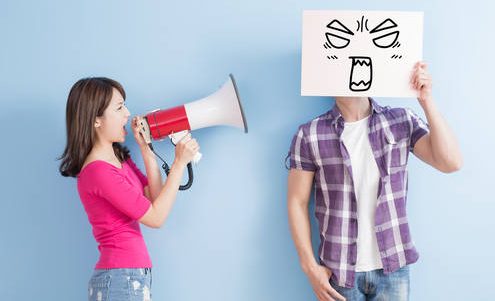 You should NOT argue or scold others, especially on the first day of Chinese New Year. After all, this is supposed to be a happy occasion for everyone.

It is believed that if you argue on the first day, you will argue for the REST OF THE YEAR. 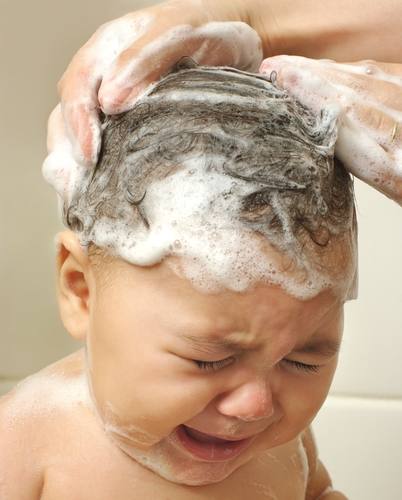 On the first day of Chinese New Year,  it is believed that if you wash you hair, your would d “wash way” your wealth.

However, in this day and age, most people would choose to ignore this word of caution.

“You do realise how humid it is here in Brunei, right?” said one Neue reader.

“This don’t-wash-your-hair rule is nonsense,” said the 30-something Chinese man.

However, he admitted that he would tell a “white lie” by telling his parents that he had not washed his hair on the first day of Chinese New Year.

“I just cannot leave the home without washing my hair!” he said.

When asked why he wouldn’t just tell the truth to his parents, he said, “Do you know how long the nagging would be if my superstitious parents found out I had been lying to them all these years about this?”

#4. No Black Or White Clothes

When buying new clothes for Chinese New Year, you can never go wrong with RED! Traditionally, this has been the best colour for the festive season.

Why? Because these two colours are often associated with death (mourning). This is why it’s best to avoid any black or white clothes during the festivities, especially on the first day of Chinese New Year itself. They are considered “unlucky” and “negative”. 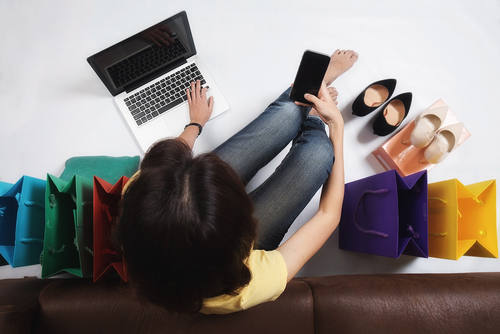 There is some confusion over this taboo.

The reason why buying new shoes during Chinese New Year is frowned upon is because of the language.

According to a report, this superstition comes from one Chinese ethnic group in Thailand, Chaozhou or Teochew.

The word “shoes” in their language is “hoi”, which sounds similar to “hai” or “sigh” in English.

Sighing at the start of the year would imply that you are already stressed about something and that’s not a good way to begin, right?

To be clear, there is nothing wrong if you buy new shoes before the start of the Chinese New Year. Oh! And if you can have a couple of spare pairs ready too! 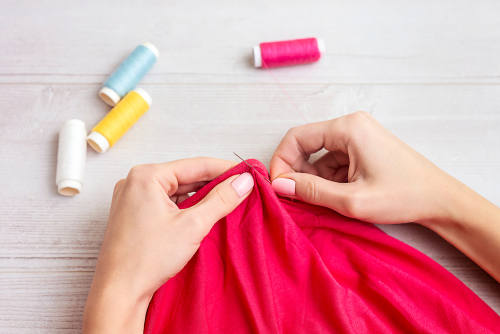 It is believed that if you are injured by sharp objects (scissors, needles and knives) during Chinese New Year, it would cut off one’s road to fortune.

By steering clear of these objects, it would lessen the likelihood of yourself getting injured. 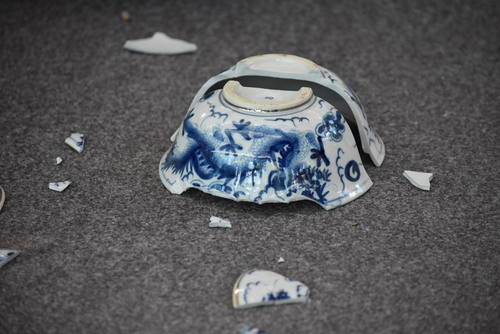 During Chinese New Year, you should take extra precaution not to break fragile items like cups, glasses, plates, bowls, etc.

Otherwise, it is believed that your luck will be “broken” in the coming year.

However, according to a report, if it does happen, the remedy to the situation would be to immediately say out loud auspicious phrases, such as 碎碎平安 (suìsuì píng’ān) safe and sound every year” and 落地开花, 富贵荣华 (luòdì kāihuā, fùguì rónghuá) a broken thing is like a blooming flower, symbolising wealth, honour and splendour. 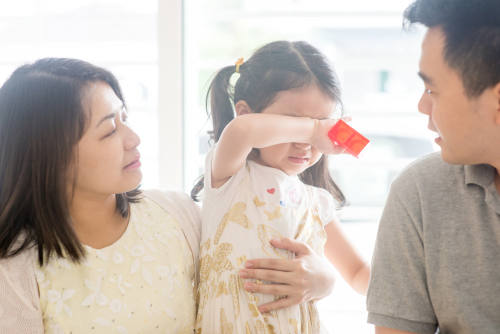 Parents should try their best to keep their young ones from crying by whatever means possible. The cry of a child is believed to bring bad luck to the family.

#9. Marriage Advice (Be Warned! This May Offend Feminists!) 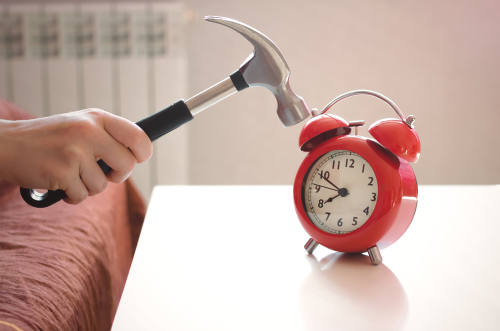 Here’s something for all the ladies out there. During Chinese New Year, try your best not to hurry your husband out of bed.

According to Chinese astrologer Edgar Lok Tin, in the olden days, men were considered the dominant breadwinners.

“The first day of the new year symbolises the start of the course of the year, so on the first day the men need a very good rest. If the wife wakes up the husband, that symbolises he will be a pushover in his career and daily life,” he was quoted as saying in a report.

#10. No Greeting The Snoozers

Do not wish Happy New Year “拜年” (Bai Nian) to people who are sleeping. Why? Because it is believed that the person receiving the greeting would be sick and hospitalised all year round. (Photos: Shutterstock)

Did We Miss Anything?

Let us know in the comments below.