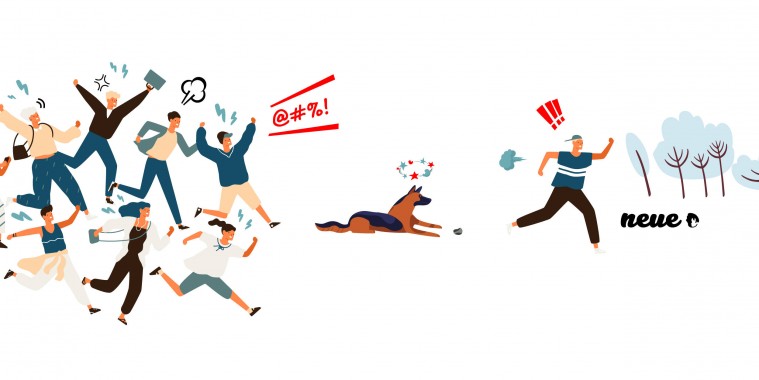 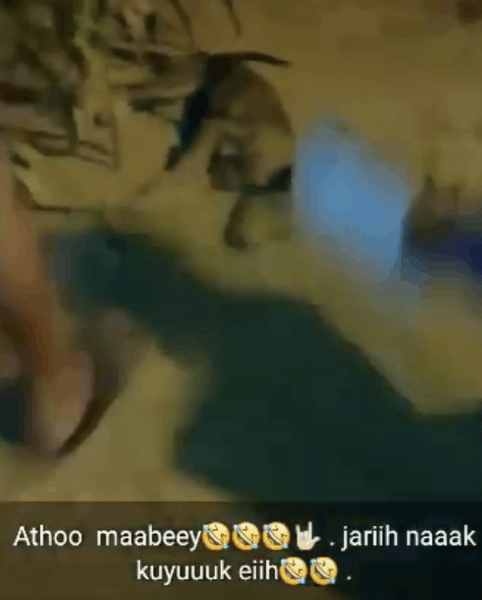 A screenshot of the video that purportedly shows a dog being attacked. In the video, people were seen kicking sand at a dog that was struggling to get back on its feet, while one kept shouting, “jangan kau bising” (“don’t you make any noise”, in Malay).

Footage of a dog being abused has been circulating around social media circles in Brunei.

The videos are short but extremely hard to watch.

One purportedly showed people kicking sand at a dog that was struggling to get back on its feet, while one kept shouting, “jangan kau bising” (“don’t you make any noise”, in Malay).

In another video, a person can be heard shouting, “mati mati” (“die die”) and “hidup kau lagi, ah?” (“you’re still alive, eh?”), as rocks were repeatedly slammed on what appeared to be a whimpering dog.

It’s normal for us to get angry, frustrated and saddened when we come across such heartbreaking news. And yes, I’m sure all of us want to see justice done!

What Does CAS Have To Say? 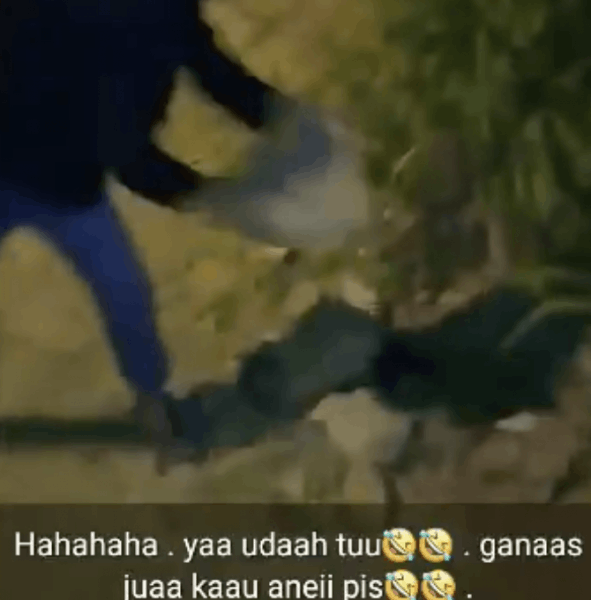 A screenshot of another video that purportedly shows a dog being attacked. A person can be heard shouting, “mati mati” (“die die”) and “hidup kau lagi, ah?” (“you’re still alive, eh?”), as rocks were repeatedly slammed on what appeared to be a whimpering dog.

Care & Actions for Strays (CAS), a local charity, stated in its Facebook post, “We have received numerous reports on the recent animal cruelty case and understood that the video has gone viral on Facebook. We are not here to name and shame, but we are here to seek for justice for the ones without voice. We hope the relevant authorities will realise how (animal) cruelty cases have gone on the rise in our (country).”

According to them, society needs to be told that this is unacceptable behavior.

“Did you hear the weak cry (of the dog) when the big rock was thrown to its head?” CAS asked.

At the time this story was uploaded, it was still unknown if the police had made any arrests in connection to the recent alleged animal abuse case.

By Monday noon (February 11), hundreds upon hundreds of comments about the dog attack had flooded social media by outraged netizens. Among those that caught Neue’s attention are as follows:

*The names of those who posted the comments on social media will not be exposed on this website.

#1. “These people are sick animal abusers!”

#2. “How would you feel if these poor creatures were your little siblings?”

#3. “These people need to be exposed and publicly shamed.”

#4. “I hope the authorities are taking action on this matter. Animals are living things too!”

#5. “I would love to smash their (the people who abused the dog) heads with a huge rock repeatedly.”

That last comment (#5) shows how emotional people can get when they come across such news.

This is how ugly things can get in social media, where people would form a virtual lynch mob, who would harass the offenders personally, sometimes publishing their contact details and encouraging others to take the law into their own hands.

However, we here at Neue strongly urge society not to take matters into their own hands.

These influences can actually become detrimental to animal abuse cases.

“If this takes place in the lead up to sentencing, or if it is apparent in court that there will be significant media coverage of the case, then a court will often take account of this ‘extra curial’ punishment dealt out to the offenders by the community via social media,” RSPCA Queensland Prosecutions Officer, Tracey Jackson, was quoted as saying in a report.

If this happens, courts reduce the penalty they would otherwise impose, on the basis that the offender has already been punished, or is likely to be further punished, by the embarrassment and harassment in the public arena.

Let’s Talk About It

How should society act on social media when animal cruelty cases are brought to light and go viral? Neue would like to hear what you have to say about this. Have your say in the comments section below or via Facebook on Instagram.

Click on the photo to read Neue’s past article – “Stop Animal Cruelty”.