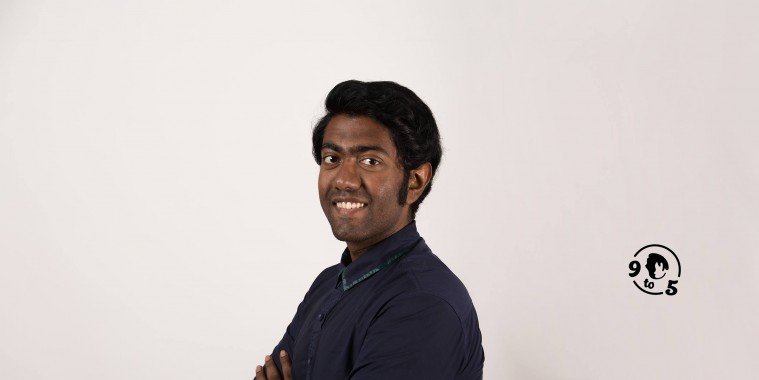 Neue is embarking on a completely new and exciting form of content called “What’s Neue from 9 to 5”. In this segment, 9 questions would be about people’s opinion on general and everyday things, while the last 5 questions would be fairly chill and more tongue in cheek.

Speaking to Neue this week was Khai. The 28-year-old says that he does a bunch of stuff – mainly because he get bored easily. Right now, his main jam is BruHaHa. That is until, he’s no longer funny. (Click here to read Neue’s past article – BruHaHa: Comedy Gold Without Profanity)

1. How do you find material for your routine?

A lot of my material is based on life experiences.

What I usually do is come up with a theme for a set, and then I go through my life experiences to see what experiences I can use in that set.

Sometimes I’ll take smaller incidences and “rewrite history” to fit the set. Some experiences are so bizarre they don’t need rewriting (mostly stuff with my family, we make the Bluth family look normal).

I also do observational stuff, I observe people / incidences / idiots around me and make commentaries on those.

I’ve been told my life is a meme. I cannot confirm nor deny that. (Fun fact: the person who told me that leads a more meme-ful life!)

2. Who are your influences in the comedy world?

Believe it or not, I do not have any influences. I make it a point to never watch stand up comedy. I am a lazy git so chances are if I were to find someone I like, I will probably subconsciously (that’s the legal safe word) try emulating them. So I just focus on doing comedy my way.

There are some comedians who I admire in terms of their material and presence, I tend to watch their stuff in my off time just to unwind. Guys like Bill Burr, Sebastian Maniscalco and Kavin Jay crack me up!

3. What do you do if your audience doesn’t laugh?

Throw the microphone at them. Just kidding. If they don’t laugh I burn the joke and move on to the next one. If that doesn’t work I start dancing. From there I progressively devolve into a circus sideshow.

4. Do you ever get stage fright? How do you overcome that?

I don’t know if it’s considered stage fright, but I do get nerves! Every show I do a different set so it’s a new experience every time. I have a small, personal routine I do before every show that takes the edge off. It’s a secret but it involves unhealthy amounts of sugar and chocolates and eating. But I can’t give you details!

The best thing in my opinion, is standing on stage and feeling the energy of the crowd with every laughter and applause. It’s really a different rush and makes me feel ultra-alive, compared to regular alive.

The worst thing would probably be the fact that I have to keep trying to keep this a secret from my parents. (They still don’t know, so if there’s a leak, I’ll know it’s you guys!)

6. If you could alter 2 instances in your past, what would it be and why?

2010: I once missed out on a bid for a set of Batman comics on eBay cause I got the time wrong. I still have dreams about it till this day. It was a rare set of comics going for super cheap would have made a fine addition to my collection.

1998: I had a little shrine of Star Wars figures in my room from the special edition re-releases of the Original Trilogy. I kinda did nothing when they went missing. That one still breaks me. Would have loved to keep them, not because of value but I would have the perfect place for them now in my collection room.

7. Are you still friends with your best friends from your younger days? If yes, how did you all keep the bond strong? If no, why did you all grow apart?

I kind of am. I’m a pack dog if you will. I keep my friends in a tight-knit circle. I have different tiers of friends (let the guessing games begin, guys) but I keep everyone in my orbit.

A simple way for me to keep the bond strong is always to remember why we were friends in the beginning. Regardless of changes in our lives, that’s the key factor.

Some of us grew apart because of just how different we became, that’s inevitable.

But I’m a professional non-awkward. I can act ultra cool (not regular cool) when I see someone from the past. Unless it’s my teenage crush, then I just run in the opposite direction.

‘Guli’ and ‘Skopong’ … these were the games we played at school which involved a lot of personal interaction. 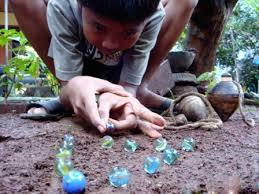 ‘Guli’ was a game of marbles. (Heh!) where we would put all our marbles in a circle (this is true) and tried breaking the circle with the marble we had in hand. It was built like a snooker/pool game.

I was actually really good at ‘Skopong’, which was a game that involved flipping decks of small, colourful cards with cartoon or movie characters on them using your hand and hitting the ground. It sounds super weird, but kids, you all have no idea how fun they were.

9. What’s a story from Neue that you’d recommend others to read? And why?

Easy. It would have to be the 9-to-5 with Nadzri. Why? Because he’s a legend!

I’ll keep it clean, so in this instance the funniest joke I ever heard is one in Malay. Here now it goes:

“What do you call Superman who flies backwards?”

This joke became big when the movie of the same name came out.

The joke was BETTER than the movie!

Avengers: Endgame. This movie is the culmination of not only the journey of the Marvel Comic Universe (MCU) but also my favourite character, Steve Rogers (played by the irreplaceable Chris Evans) so I’m very anxious to see how it all ends.

3. What’s the silliest way you’ve ever been injured?

I once got bitten in the eye by a mosquito. A week after I had chicken pox.

4. How long do you think you’d last in a zombie apocalypse?

A good while. I imagine being able to outlive everyone (I’m a self-prioritising douche!) My only downfall could be if Chris Evans as a zombie was in my way. That’s how I die.

5. Would you rather have a dragon or be a dragon? And why?

Definitely have a dragon. I would never be a good dragon.

I wanna have a dragon because I already have an idea for a recreational room when I have enough money. The floor will be made of glass, under which is a tank with a Great White Shark. In the room, lounging on the sofa would be a tiger. Next to my desk would be an Eagle. Outside those doors… dragon enclosure. (I know, typical bond villain!)

Be sure to tag your friends in the comments sections in Facebook or Instagram if you’d like them to be featured in the next “9 to 5: What’s Neue With …” article.