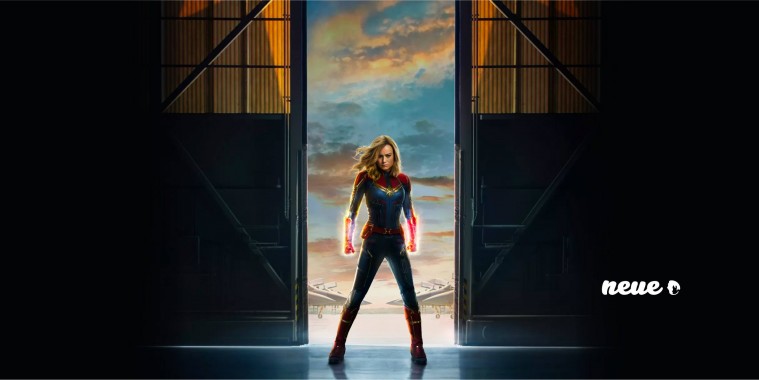 Guide For Those Clueless About Captain Marvel

*Spoiler warning! If you have not seen the 2018 movie “Avengers: Infinity War”, you should probably go catch the movie before reading this article! (You have been warned!)

Captain Marvel, one of 2019’s most-anticipated blockbusters, is hitting cinemas across Brunei this week.

But let’s face it, not everyone is a comic book expert.

This became very clear to me when I saw how moviegoers reacted to the after-credits scene of the April 2018 movie “Avengers: Infinity War”.

At the end of Infinity War, Thanos’s plan comes to fruition. In those closing minutes, moviegoers watch the Avengers being vaporised into nothing and the survivors slowly realising that Thanos has indeed eliminated half of the universe’s inhabitants.

In the post-credits scene, Nick Fury (played by actor Samuel L Jackson and Maria Hill (played by actress Cobie Smulders) are alerted of the attack on Wakanda while driving. While they’re gathering information, a car swerves and crashes in front of theirs, and they realise no one is driving it. Seconds later, Hill is vapourised.

Moviegoers, having seen what happened in Wakanda, knows that this is the effect of Thanos eliminating half of humanity – but Fury doesn’t know that. 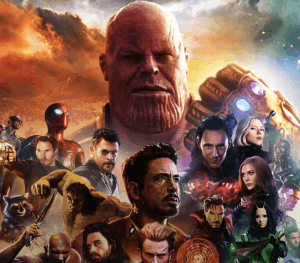 Click on the photo to read Neue’s past article – “Thanos, A Villain Or Hero?”

You see, there were 2 very different reactions by moviegoers when they saw the scene above – one camp that went “Oh! That’s the sign for Captain Marvel!” and another group having to fire up the Google search engine just to figure what is going on.

Before you catch Captain Marvel, be sure to read up on this article to learn more about the origin and powers of this superhero.

There Have Been Other Captain Marvels

According to ScreenRant, the original Marvel comics Captain Marvel, or Mar-Vell, was a male Kree (the same alien species as Guardians of the Galaxy villain Ronan the Accuser) who was created by Stan Lee and first introduced in 1967.

Carol Danvers gained her powers from Mar-Vell after the Psyche-Magnitron fuses her DNA to his, giving her a litany of superpowers (more on that in a bit).

Before all that, Fawcett Comics had a Captain Marvel character – he made his debut in 1940 – that later became a DC Comics heavyweight known as Shazam. There are a number of women who have taken the mantle of Ms Marvel as well after Danvers, including Sharon Ventura, Karla Sofen, and most recently, Kamala Khan (pictured below), who became the first Muslim character to headline a Marvel comic in 2014.

In an interview with Vulture, Marvel Studios President Kevin Feige said, “All of the Marvel characters have flaws to them, all of them have a deep humanity to them. With Captain Marvel, she is as powerful a character as we’ve ever put in a movie. Her powers are OFF THE CHARTS, and when she’s introduced, she will be by far the strongest character we’ve ever had. It’s important, then, to counterbalance that with someone who feels real. She needs to have a humanity to tap into, and Brie can do that.”

Among other things, she has the ability to fire concentrated light energy from her hands blasting opponents with hyper charged photons (lasers!).

Speaking to Entertainment Tonight, actor Samuel L Jackson revealed that the MCU’s version of Captain Marvel may able to travel in time under her own power.

He was quoted as saying, “She’s pretty much the strongest character – in terms of someone with powers are able to do things – in the Marvel universe. So, for Carol Danvers to be that person and for Brie to become that person, it’s gonna be a dynamite thing. I mean, (the Avengers) are up against some really, really tough odds right now – we saw throughout Infinity War – so now we know that we need something that’s as powerful as Thanos. And at some point, we’ll find out how powerful she is and all the things that she’s capable of. She’s one of the few people in the Marvel universe that can time travel, so…”

This particular quote caused a ripple effect of rumours and theories. As of now (March 4), the question remains, “How will Danvers’ mysterious time-travelling abilities will be depicted in the film.

A Goose That Can Meow? 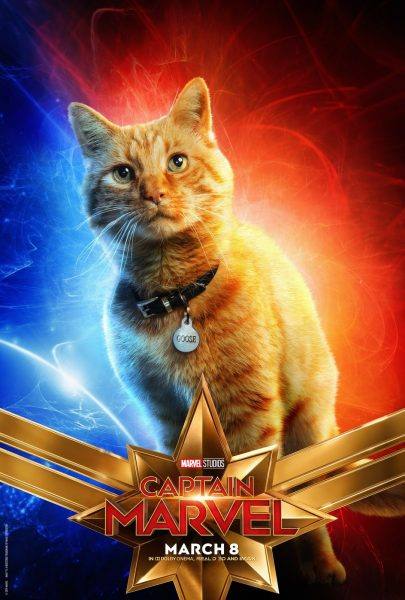 In one of the promo trailers of Captain Marvel, a “cat” named Goose can be seen interacting with Nick Fury (who by the way, is seen not wearing an eye-patch).

This “cat” is not only Danvers’ pet … it’s an alien, a ‘Flerken’ to be exact – an alien species that typically resembles terrestrial cats. In comics, they have been know to have a huge array of tentacles that come out of their mouths (see photo below), and they lay eggs at a rapid rate. They also possess human-level intellect as well as “pocket realities” of space and time within their bodies.

As this story was written prior to the premiere of ‘Captain Marvel’, it remains to be seen if any of this would be carried over into the 2019 MCU movie.

In the comics, Danvers’ pet was named Chewie (yes! after Star Wars’ most famous Wookie). However, for the upcoming ‘Captain Marvel’ movie, instead of keeping that name, the writers chose to name it after Tom Cruise’s famous co-pilot from Top Gun; fitting, considering Carol Danvers’ past as a fighter pilot.

With Star Wars back and in the forefront of pop culture once again, directors Anna Boden and Ryan Fleck confirmed that they wanted to draw attention away from the sci-fi fantasy behemoth so as to not confuse anyone, according to a report by Movie News Net.

One Cineplex @onecineplex in Brunei has generously sponsored 2 tickets for its screening of ‘Captain Marvel’ this Sunday (March 10). . All you have to do is follow Neue @whatsneue and tag a friend in this ‘Captain Marvel’ social media post. . The winner will be announced on Neue’s social media platforms by 6.30pm on Friday (March 8). . Before you catch the movie, click on 'Learn More' or visit whatsneue.online to read Neue's guide about Captain Marvel. . #captainmarvel #marvel #brunei #neue #whatsneue #atthemovies #cinema

One Cineplex in Brunei (click here to read Neue’s past article – Hear The Whole Picture With Dolby Atmos) has generously sponsored 2 tickets for its screening of ‘Captain Marvel’ this Sunday (March 10).

The winner will be announced on Neue’s social media platforms by 6.30pm on Friday (March 8).

Good luck and enjoy the show! Do let us know what you think of the movie in the comments below.

*Updated: We Have A Winner!