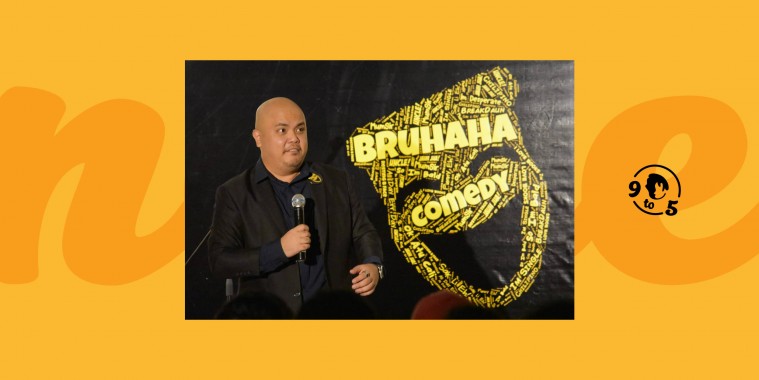 9 to 5: What’s Neue with Tibby Ibrahim

Speaking to Neue this week was Tibby Ibrahim (@tibbybear), a happy-go-lucky kinda guy. He strongly believes in the saying, “If it ain’t broken, you don’t have to fix it!”

He may be colourblind but that doesn’t slow him down from playing lots of video games. Oh! He also enjoys playing the guitar.

And if any of you have been seen him in action druing a BruHaHa gig, you would know that he is SINGLE. (For now?)

Tibby works in the oil & gas industry by day and whenever there’s a BruHaHa gig, he’s a joker by night.

According to him, there are two quotes that he lives by – (1) “Think about the things you are about to say before saying it!” and (2) “You miss 100% of the chances you don’t take!”

What drives Tibby in life, you ask?

According to him, it would be things like being able to save up money for a house or performing the Haj pilgrimage. He also hopes to one day become a famous comic like Fukkah Fuzz or even Kevin Hart! 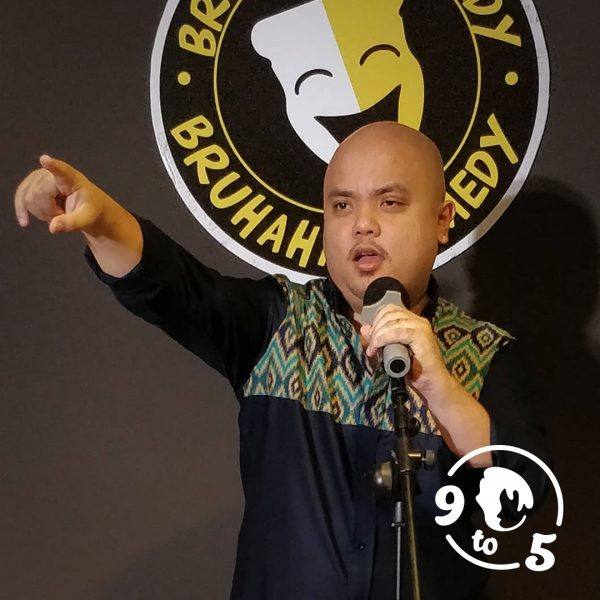 1. If you were to give one piece of advice to an up-and-coming stand-up comedian, what would it be?

Your audience is your gauge on how funny you are. Try your jokes on people and not just friends. Try and grab every opportunity to go on stage whether or not it is in Brunei or outside. Go to those open mics, if people laugh at your jokes, then you are officially funny.

Never ever think that just because you and your group of friends think something is funny, you assume it must be a good joke to be told on stage. It could backfire. So always try it on other people as well.

Grab as many opportunities you can!

When you go on stage and people laugh; That is what you should take back home and write down in your note book “This joke works!”

I went on a blind date and I thought it was decent enough for a second date. But I got “blueticked” when I asked her for coffee. Kinda more towards a sad experience than awkward. Lol! But i guess that will do!

(For those who aren’t familiar with the term “blueticked”: According to UrbanDictionary, “blueticked” is the act of ignoring a message sent via the social messaging app WhatsApp, especially one where a reply is expected or requested.)

3. What is the most impressive thing you know how to do?

Hmmm… I’m an expert at eating and driving at the same time? Does that count? Hahaha! Don’t do this kids! It’s dangerous!

4. What is the trait you most deplore in others?

Deplore is hate, right? Haha! I guess I don’t like it when people say or do mean things for fun. Like, you say something bad to a person or do a bad prank and just say, “Lol! Sorry bro, just trolling you!”

Just because you say “just trolling bro” doesn’t give you the right to do it. So I guess what I’m trying to say is don’t be a jerk.

5. Do you love yourself as much as you expect others to love you?

6. When and where were you happiest?

Right now, BruHaHa Headliners Night – March 1, 2019! Everything went well. Other than that, I’d say whenever I am making my parents proud would be the time I am happiest.

7. What is the most annoying question that people ask you?

“Oh! You’re from BruHaHa? Stand up Comedian right? Tell me a joke!”

After all, I don’t go around asking people what their professions and tell them to do something for me. (For example, Question: “Hey! You’re a teacher, right? Come teach me some math now!”)

8. What are some small things that make your day better?

When someone you like texts me silly random things.

9. How do you deal with haters? What advise would you give to someone who is being bullied online?

Ignore it! Don’t take it to heart. When you are successful in something, there will always be someone who would want to bring you down. Take it as a way to improve yourself.

1. What could you give a 40-minute presentation on with absolutely no preparation?

Probably a presentation on the story of ‘Final Fantasy 7’ over the years. Hahaha!

2. What quirks do you have?

Sarcasm while under pressure and being able to type on the keyboard really fast without looking at it.

3. What one thing do you really want but can’t afford?

At this moment and time, I would like to  open up my own business and be my own boss. But I can’t afford it yet!

4. What songs have you completely memorised? What’s so special about these songs?

Mostly sad Indonesian songs such as ‘Padi – Menanti Suatu Jawaban’ (see YouTuvbe video above) or ‘Dygta – Kerna Ku Sayang Kamu’. Why? Because you know… heartbreak and sad songs go well with each other.

5. If you could turn any activity into an Olympic sport, what would you have a good chance at winning medal for?  Why?

Probably an Improv game called ‘Questions Only’ – it is where you have a conversation with someone but in question form only. They lose if they say something that is not a question. very hard to explain, Just youtube it I guess. Haha!

Bonus Question: What would you like to say to all our Neue readers? Do you have any words or inspiration or a life story you’d like to share?

I would like to say to all the readers that Brunei has a lot to offer if you look closely.

I know the #suppotlokal may be overused and exaggerated. But trust me every support counts.

Ask yourself this question: “How much would you pay for a show outside of Brunei?”

I have met people who have upfront told me that BruHaHa’s $15 tickets were “too expensive”. What’s even more shocking is that some of them would even expect to be served with a free food at these sort of events.

What’s interesting to note is that these are the same people who would rather spend hundreds of dollars to see a Korean boy or girl band overseas!

“At the end of the day, all of us will have to start somewhere,” he told Neue, adding that he hopes that more support would be given by the public to ensure that this industry continues to grow. 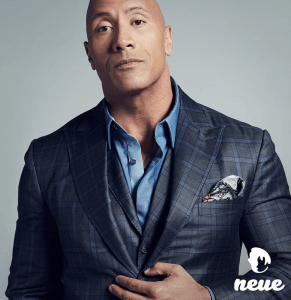 Be sure to tag your friends in the comments sections in Facebook or Instagram if you’d like them to be featured in the next “9 to 5: What’s Neue With …” article. And while you’re here, click on the photo above to read Neue’s past article – “Bald And Loving It (Male Edition)”. (Editor’s note: The fact that Tibby and Dwayne ‘The Rock’ Johnson are both bald is purely coincidental!)