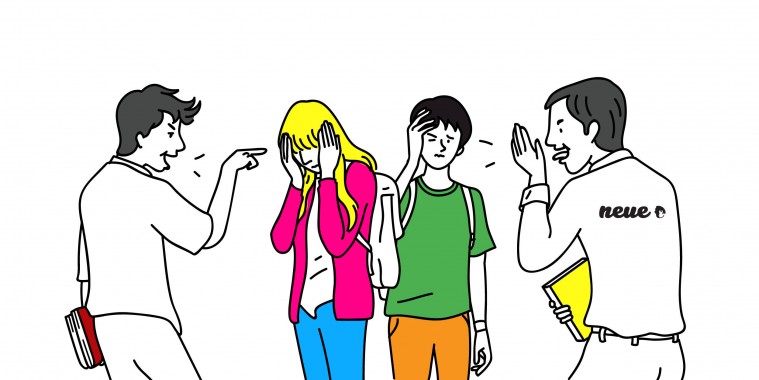 Bullying: What Can You Do?

A little-girl sitting alone at lunch, fiddling with her food.

A wee-boy has come to find that he is missing some stationeries.

A mother question’s her teenage son on why he has a bruise on his left-cheek.

“They need to learn to toughen up”…

This occurrence, a mass-malady plaguing children and teenagers all over the plains of the earth, has been widely-dubbed as “juvenile bullying”.

A social issue, often hidden under large-baggy clothing and fake-smiles, has come knocking on your front door, with light shun upon the scarring-problem by organisations, such as ‘Befrienders’ that reaches out to victims of bullying and tries to counter the problem.

But the ‘all-reaching-hand’ of these Non-Government Organisations (NGOs) are not able to save everybody.

In the rubble of complaints and injustice, the body of 10-year-old Kevin Reese Jr was found, hung inside his own closet, at their home, Katy, Texas. “He was a goofy child who loved to paint and draw”, spoke Crystal Smith, the mother of the late-child.

Kevin was a victim of ‘Juvenile Bullying’ at school, often coming home drenched in tears and bruises, telling his mother that “a boy punched me several times at recess”. Outraged, Crystal called the school, only to be told that the ‘bully’ denied any physical fighting and that ‘there was no bullying involved’.

The situation escalated, Kevin was tormented ever-more harshly at school. Everything went under Crystal’s nose, she thought that Kevin was ‘handling’ the situation. The bullying reached its peak on the 21st of January after Kevin received a death threat, “Kill yourself, you don’t belong here.” was found written on his tablet device.

The afternoon after school, Kevin and his 13-year-old sister got off the bus, with Crystal out-of-town, and Kevin’s stepdad away at work, there were no adults at home. Crystal got a phone call from her daughter, she was screaming, she couldn’t understand a single word. “Kevin hung himself in the closet!”. Instantly, Crystal told her daughter to hang-up, cut Kevin loose and call 911 (The emergency number), but it was too late. “Everything was not real”, “I was in a place where I just couldn’t move”, Crystal said.

What To Look Out For 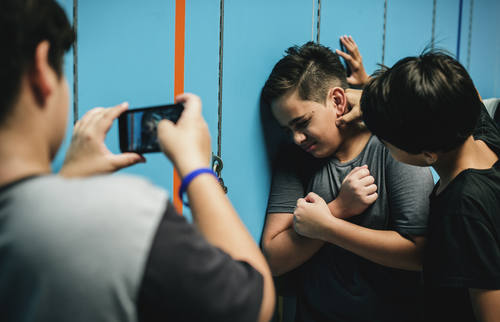 The term ‘bully’ did not always portray a ‘jock’ — no, a Dutch feudal lord in the 1500s would call his sweetheart a ‘boel’, which meant ‘lover’. But in more recent times, a bully strikes fear into the hearts of kids (like the bogeyman).

The signs of bullying do not always come in shapes of bruises or broken teeth, bullying inflicts both physical and mental trauma. Here are some sure signs that will help warn you if your child (or) friend is being bullied:

– Faking illness, in order to skip school. (They might also be actually sick!)

There is also the possibility that your child (or) friend is the ‘bully’ themselves. It is best not to confront the bully head-on, but with a slow approach. Here are some signs that can be found in a bully:

– They get into fights (physical or verbal) easily.

– Have a sudden abundance of new belongings.

– They do not accept the responsibilities of their wrong-doings.

What bullies are doing is downright wrong, but they are human, like us. Studies have turned in fruitful statistics and reasons on ‘why people bully’. The most common data among the bullies are the stress and trauma they’ve experienced from a young age. Intimate examples such as the splitting of their parents, the death of a family member, or even previously being the victim of bullying themselves. Hopefully, in due time, the ‘warning signs’ of bullying, would turn into ‘stop signs’ of bullying. 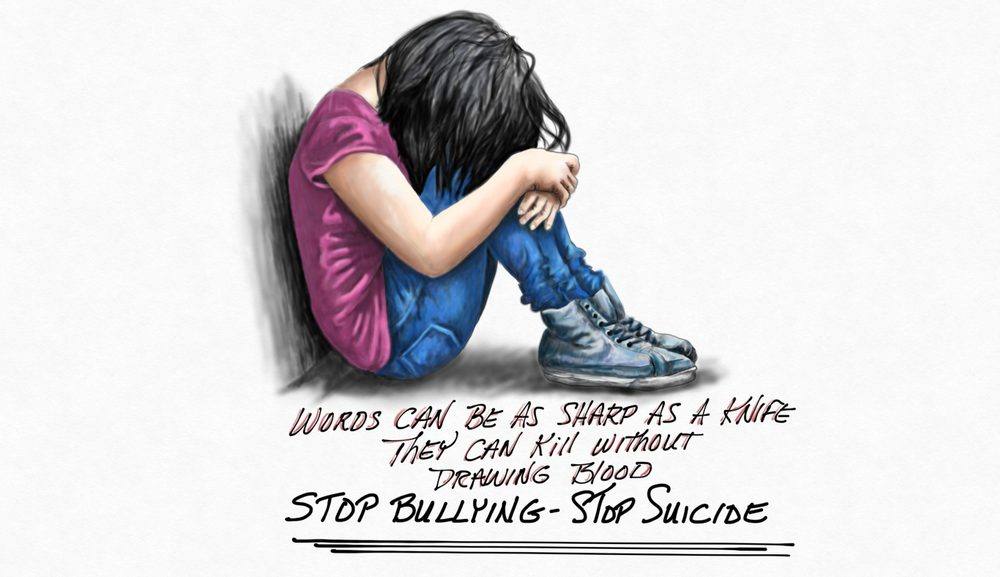 Surveys conducted by the Brunei Government agencies have found that bullying was prominently found in schools all around Brunei. The last survey taken was in 2014, figures back then were at 21% of students, aged between 13 to 17 that were bullied in the prior month.

The charts for this year’s number will be released publicly this coming July. Norsyahmun Matassan, a clinical psychologist at the Health Promotion Centre, Berakas, has mentioned that “We can’t share the data yet, but we do see a rise in cyber-bullying”, she also brings up the cause and effect between ‘Suicides’ and ‘Bullying’, adding such ripple effects to school absenteeism. The harrowing thing is that Brunei charges and adds jail-time to those who’ve attempted suicide and lived (Section 309 of the Penal Code, Chapter 22).

The campaign, proudly titled “Brunei Bebas Buli”, ‘Bebas’ translates to ‘Free’ or ‘Not a slave’. The ‘Bully-Free Brunei’ campaign will span for 2 years, and handled by multiple agencies to push out anti-bullying workshops to 159 schools across the nation. Norsyahmun preaches that “there must be a collective effort to tackle bullying, to change the mindset that bullying is just a part of growing up and children should just ‘deal with it’.” Love isn’t enough to ‘hocus-pocus’ bullying away, but it sure does help.

Bullying has stuck around since the rise of man, it’s an inescapable force that has yet to be dealt with.

And while you’re here, do check out some of Neue’s past articles – “Feeling Suicidal In Brunei?” & “Domestic Violence: When Home Isn’t Sweet Home Anymore”.