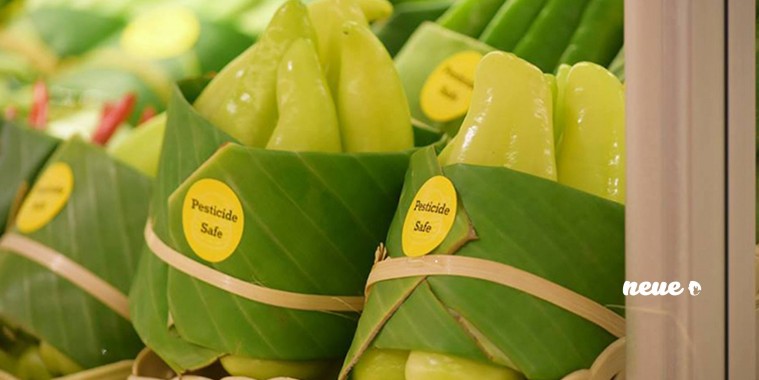 Imagine if you will, a grim (fictional) future ruled by the tyranny of plastic waste.

The year is 20XX, I can’t seem to remember the precise numbers – it’s been decades since we’ve forgotten time. There was a study, back in 2009, conducted by scientists around the world numbering up to 60 of them – they’ve found that “synthetic (plastic) material has left harmful imprints on the environment and perhaps human health”.

But we were ignorant to it, world leaders joked of plastic-waste and that ‘global warming’ was nothing more than an urban legend; a fairy-tale […] but we were so wrong.

Now every fortnight, we fight to waddle through flooded-rivers, from what our forefathers say were streets where we used to walk. Rifling through moulded-heaps of plastic for whatever to please our weak-stomach; We’ve not even known, that there were signs of plastic in us! We were so desperate! – “Bisphenol A” (BPA) They called it, seeped from plastic bottles and trays, it leaches on-to food-stuff and into our bodies they went!

Nightmarish-tales of back when – when plastic dominated all markets, it was cheap to produce, and it was everywhere! Plastic was found in everything; from cellphones to safety-helmets, air-conditioners to food-packages. But they don’t go away, a single plastic bag outlives generations of healthy man.

Take this precautionary-tale with an ocean of salt, it’s an undeniable future if things were to stay stationary as it already is. But to revolt our grim-future like above, some Good Samaritans have already begun fighting the good fight. 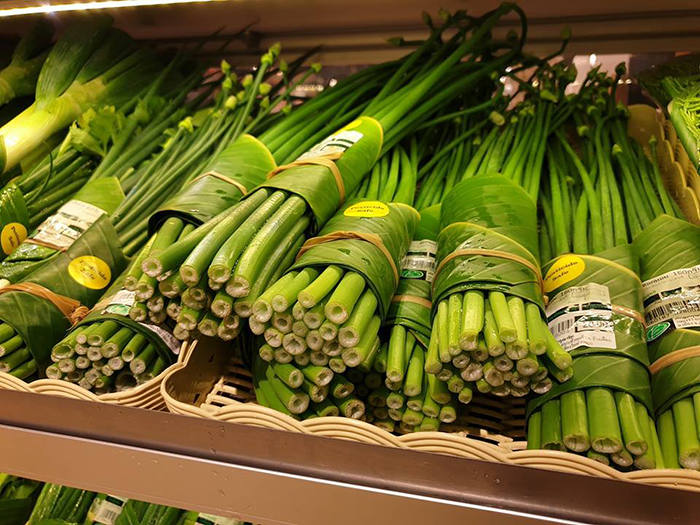 In order to start a positive change, supermarkets across Asia have started using leaves to pack their vegetables (Courtesy of Perfect Homes Chiangmai)

Chiang Mai, Thailand, a mart-franchise which goes by Rimping Supermarket has left their toxic-relationship with plastic. By packaging their local vegetables with banana leaves, which is found predominantly in Asiatic-masslands. Not only are banana leaves cheaper, but they’re also not a nuisance to get rid of!

So let’s say you have a love-hate relationship with banana leaves, they remind you too much of those vexing ‘Minions’ maybe? (Same here!)

That said, here are 5 eco-friendly packaging alternatives from plastic, that you have got to try!

Here’s an alternative that sounds like it came from the future, now these biodegradable ‘babies’ are made from renewable biomass sources, such-like, vegetable fats and oils, corn starch, and food waste; Science-fact, the biomass is then broken down into Polylactic Acid (PLA) which then can be used to produce packaging similar to plastic. 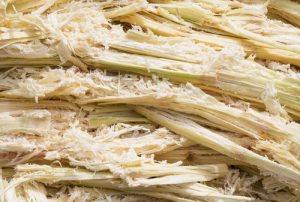 Polystyrene’s you, and Bagasse is the person your partner tells you not to worry about. Bagasse is the dry-pulpy product you get after extracting the juice out of sugarcane. What’s left is a malleable form that can be turned into a sturdier ‘polystyrene’ which is also – bet you’ll be surprised – biodegradable. 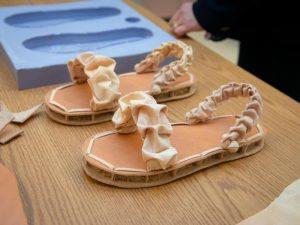 Mushroom shoe prototype is sustainable – but will it hold up in the rain? (Courtesy of Smithsonianmag)

This one may seem like an alien idea, but trust me, this one work’s wonders. Mycelium, or common-tongue, mushroom roots, is a packaging product which is literally grown. The best part? It can be found in almost all kinds of soil! 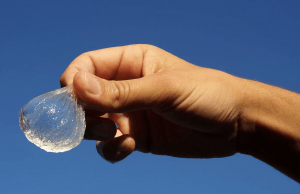 This one is for all the plastic-water-bottle fans out there. UK startup company Ooho have created an edible-water-bubble. Not amazed yet? The membrane surrounding the water is made out of seaweed extract, and it literally dissolves inside your mouth, leaving you hydrated, and the earth happy from plastics bottles!

Shout-out to all the tree-(oxygen providing)-lovers out there! No one would have guessed that you could make paper out of stone (let alone plastic) So what’s the secret? The stone, specifically, calcium carbonate or limestone, is an innovation which aims to lower the global carbon-footprint made from the paper-production industry. Printable, recyclable, and waterproof! Stone paper & plastics 1, ordinary paper & plastics 0.

Humanity is going towards the right course, paving a new road for a plastic-less future. However, in such slow-rates, we might still end up like the fictional (or is it?) story above.

Here in Brunei, there are startups and companies which are also beginning to fight for the good guys, so Bruneians, do comment your suggestions on how Brunei would be able to reduce their plastic waste!