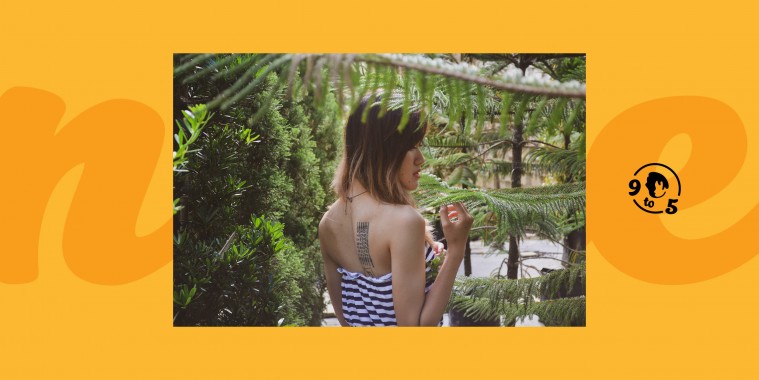 We here at Neue believe that every person out there has a story to tell. This week, Neue had a chat with Wendy Chung.

She confesses that she enjoys working but tends to overthink over the simplest things.

“You know, I can be quite indecisive,” she said, adding that she may have a mild case of OCD (i.e. rearranging things into a particular order).

Back in 2009, she had a bad case of Congential Scoliosis, which resulted in her having a titanium rod screwed along her backbone with almost 20 screws.

Wendy is also a big time dog lover! In fact, she has 3 dogs – Lassie who stays with her and Billy and Shadow who stays at her boyfriend’s place. (“The dogs’ names just came naturally!” she said.)

Last year, after having crabs for dinner she developed a skin condition called Dermatographia (otherwise known as Skin Writing). According to her, things got worse after she took an anti-histamine pill 🙁

Wendy told Neue that she has “her own way” of going about life – knowing that the world will only revolve around you so long as you keep moving forward.

“And, when things seem to be stuck, take some time off to evaluate things and know that problems that have no solution in your mind could potentially have an answer in some else’s head,” she added.

Without further ado, let’s see how she responds to this week’s 9 to 5 questions. 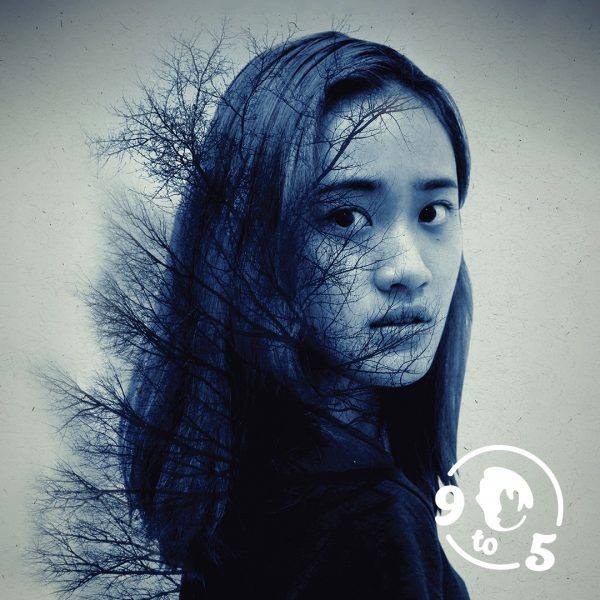 1. What do you most value in your friends?

Their empathy. Things like being there for you through thick and thin!

2. What’s an accomplishment you’re most proud of?

When I first travelled overseas… SOLO! That was about 2 years ago when I was 21 years old. Prior to that I had never travelled by plane. I managed to save up some money while working full-time as a clerk. It was then I spontaneously bought myself a ticket to Singapore. Twas so much FUUUN!!! Imagine going everywhere and anywhere without having to wait for people or having people wait for you!

3. If you didn’t have to sleep, what would you do with the extra time?

If I were to say that I’d prefer working to earn extra money wouldn’t that make me sound as if I had no life? (Haha!)

I usually get about 6 to 7 hours of sleep a day. If I didn’t have to sleep, I’d guess I spend more time with my family and my “dog babies”.

4. What hobby would you get into if time and money weren’t an issue?

Travelling around the world. I’m sure that’s what most people would say! I’d form an association to tackle global issue. (Hmm … come to think of it, that’s not exactly a hobby!) I’d like to get myself involved in volunteering work for a good cause.

5. What’s something you like to do the old-fashioned way?

I want to write and receive letters. Like a long hand written (or maybe, a typed one!)

6. Who are your heroes in real life?

My grandma for noticing that my backbone wasn’t straight. She said that I walked kinda funny (but no one laughed … Haha! Ok! lame!)

And my parents for giving me everything since birth and supporting me now even when I have a stable job.

7. What would be your first question after waking up from being cryogenically frozen for 100 years?

I’d ask, “Do we have flying cars that people can afford?”

8. How different was your life 1 year ago?

A year ago, I was working for a retail store. Now, I’m working at a corporate company. But the job that I’m doing is more less kinda the same 🙂

The major differences would be that I’m no longer studying but working a full-time job.

At the end of the day, when plans A to Z do not work, take comfort that we still have an infinite amount of numbers!

I admit that I do not write as much as before. Reading a book was always my favourite past-time before. But these are things that I rarely do nowadays.

1. If you had unlimited funds to build a house that you would live in for the rest of your life, what would the finished house be like? 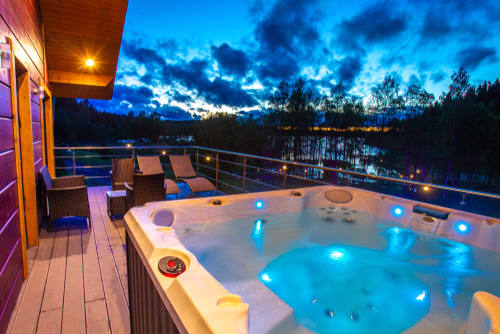 Nothing too big or extravagant. A house with a cosy and chill vibe. I would love to be in a welcoming household and a balcony with back porch. Not too many rooms, just enough for my family members and maybe just 2 guest rooms. Perhaps having a swimming pool would be troublesome as it’d require lots of maintenance, so I think I’d be satisfied with just a jacuzzi.

2. What is the most annoying question that people ask you?

“Are you Chinese?” I’ve been asked that for more than a decade now!

3. If all jobs had the same pay and hours, what job would you like to have?

An environmentalist. I want kids in the future to be able to see that nature has a lot to offer other than providing oxygen for us to live.

4. What is something that lots of people are obsessed with but you just don’t get the point of?

Taboo topics! Why do people love making a big deal out of something that doesn’t even concern them?

5. What movie best describes your life?

Honestly, no idea what movie. But if I had to pick a TV show, it would have to be ‘Modern Family’!

Bonus Question: What would you like to say to all Neue readers?

I have to be honest … I am not a social media influencer of any kind. I’m just a daughter to my parents, a bossy & nagging sister to my siblings (who I sometimes have a love-hate relationship with) and a food/movie/series-binge watching partner to my pun-loving boyfriend.

I’m also a person who tries to be there for her friends. Whatever you may be going through right now, stay positive and survive. After all, we really just have one life to live!

I’m also open to doing dumb things if you invite me out … but not life-threatening of course! Coz I still have responsibilities to take care of!

Would you like to be featured next? Or would you like to nominate someone you admire to be interviewed? You can get in touch with Neue by dropping an e-mail here or tagging your friends on Facebook or Instagram with the #Neue9to5 hashtag.