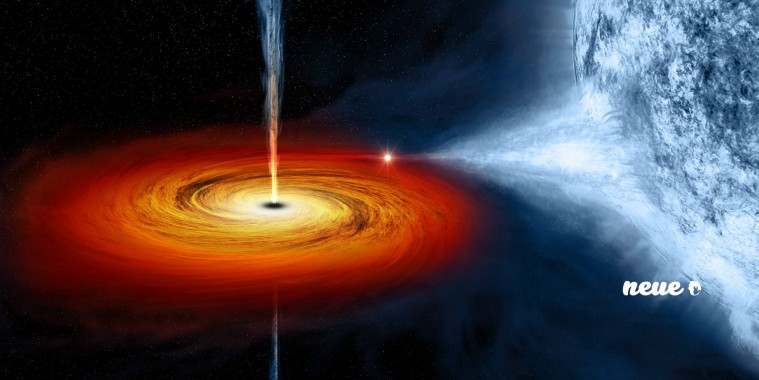 Black Hole Memes That Are Out Of This World

Recently, ‘In a Galaxy Far, Far Away’, for the first time in man’s history, a group of scientists exhibited an image of a black hole, found, in a not-so-close-proximity of a 55 million light years away at the Messier 87 (M87) Galaxy. Thus, as I may add, the line that severs science fiction and non-fiction is beginning to fizzle and blur.

The image shows a bright ring formed as light bends in the intense gravity around a black hole that is 6.5 billion times more massive than the Sun. This long-sought image provides the strongest evidence to date for the existence of supermassive black holes and opens a new window onto the study of black holes, their event horizons and gravity. 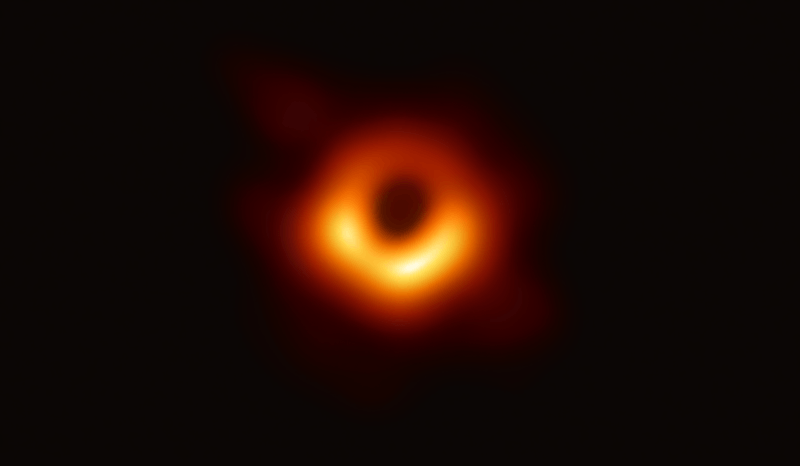 So far this has been my favorite #blackhole meme. pic.twitter.com/6JuHW0z5Vp

According to one report, a popular theme was the ‘Eye of Sauron’ – the all-seeing baddy from the “Lord of the Rings” trilogy. One Twitter user wrote: “Love to probe distant galaxies only to discover they’re inhabited by the Eye of Sauron.” Another said: “That’s no black hole, they found Sauron. Middle Earth here we come.” 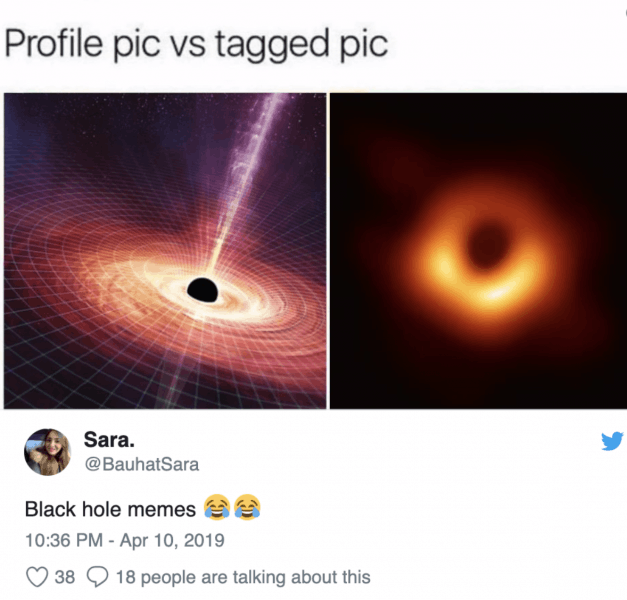 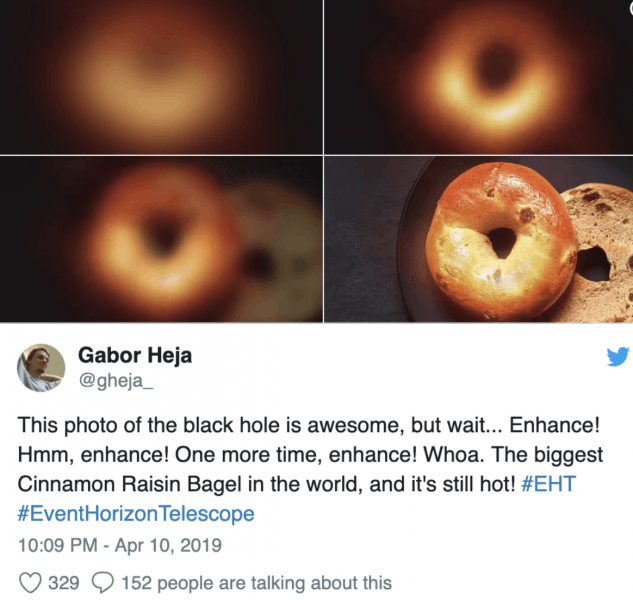 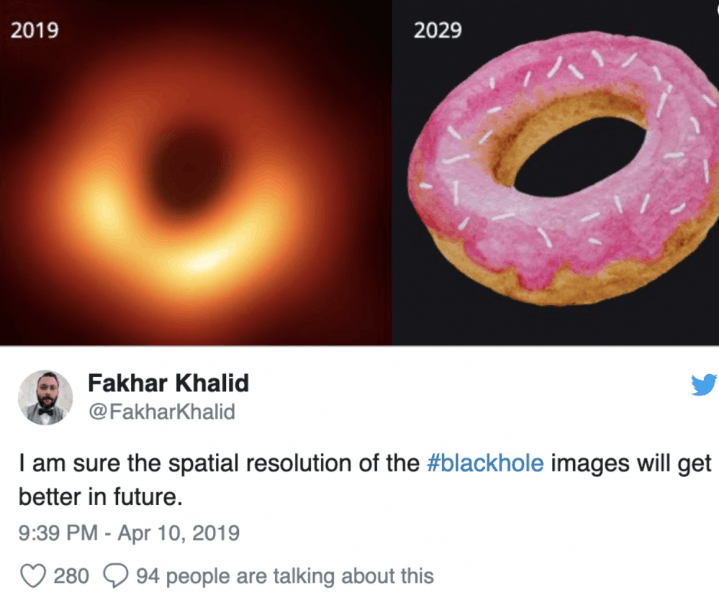 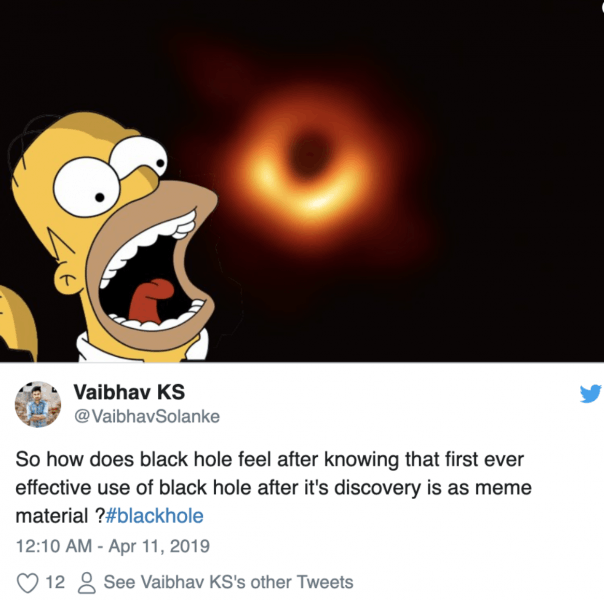 Suffice to say, we should NEVER underestimate people’s ability to have fun with a major scientific breakthrough!

What’s your favourite black hole meme? Is there a particular one that you’d like Neue to check out? Drop us a line in the comments section.

But all jokes aside, we here at Neue strongly believe in educating the next generation of innovators.

The ‘One (another) Giant Leap for Mankind’ team of 200 internationally collaborated members who snapped the black hole using the Event Horizon Telescope (EHT), and 8 ground-based radio telescopes amounting to sizes of our largest Cathedrals – had a Malaysian on board.

Kevin Koay Jun Yi, a Malaysian scientist who specialises in Radio Astronomy was part of the observation team at the James Clerk Maxwell Telescope, Mauna Kea, Hawaii. (2 thumbs up to this lad!)

As far as the naked eye can see

But what scientists do know about the black hole, is that it is in a state of perpetual-singularity, a mass-subsistence of where the universal laws of Space and Time don’t technically work. That my friend is the region they call Event Horizon.

In that twilight-zone, the fact that its law-defying gravitational-pull combined with its seemingly infinite density means nothing can escape its pull. Not even light.

How is there light around it then?

The light encompassing the black orb is known as the photon orbit, with a spherical reach 2.5 times larger than that of the Event Horizon. This is where the gravitational pull exerts most heavily, so if light were to reach the photo orbit, we can bid it Adios.

The temperatures surrounding the black hole is calculated to reach up to billions of degrees, so the light we are seeing is actually the splitting of matter, so great that it produces extraordinary-proportions of bright-light. (kind of ironic) The light found burning brighter at the bottom of the dead-gas-giant is caused by light flying towards the telescope, represented by radio waves.

The light does not actually fly completely to our sights because in the whole jumble of the black hole’s unlawful practice of Space and Time, the light flies towards us, away from us, above us, under us, it goes everywhere around in an erratic spree due to the far reaches of the proton orbit and its hunger for unsanctioned-suction.

Although it may seem like a lack-lustred portrayal of the black-beast, it’s an Avant-Garde of how far human beings have come, from controversial theories by Albert Einstein to Steven Hawking’s polished work, both who’ve dedicated their lives to lessen the gap between science fiction and our reality. It’s a matter of time before go […] Go where you ask? I’ll leave it to the cosmic unknown and your imagination to decide.

(Cover image at top of page shows an artist’s impression of a black hole named ‘Cygnus X-1’. It formed when a large star caved in. This black hole pulls matter from blue star beside it – Photo courtesy of NASA)