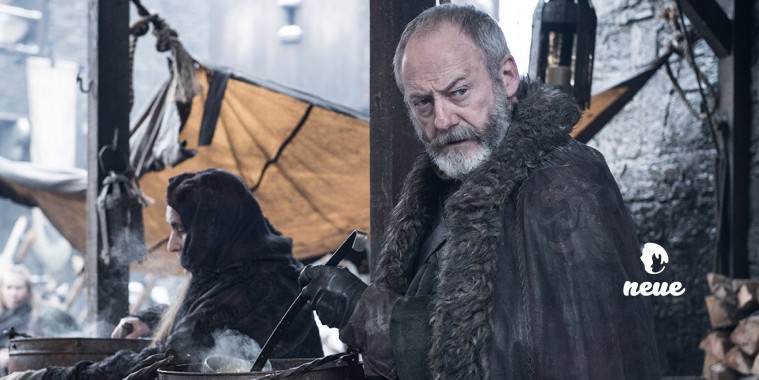 GoT Final Season Episode 2 Recap: ‘My Name Is Aegon Targaryen’

The following article is a recap of ‘Game of Thrones’ Season 8 Episode 2.

Warning: Major spoilers ahead! If you have not seen the latest episode, click here to read Neue’s (spoiler-free) article – “Top ‘Games of Thrones’ Questions For Season 8”.

Another week has passed since the premiere of the final season Game of Thrones and the 2nd episode – entitled “A Knight of the Seven Kingdoms” – delivers yet another uncanny touch to the multi-ethnic bunch at Winterfell.

Much like last week’s premiere episode, the yearning for bloodshed has been denied once again for blood-red-thirsty fans.

Riddled by the lack of action or a ‘calm before the storm’, this episode serves as a build-up between interpersonal tensions, so as with the Night King’s undead legion just a night away, viewers were given a rather intimate episode. A very human episode, if I may add, as fan-favourite characters huddled-up beside the fireplace, for the night is dark and full of terrors.

Trust, family, romance, and deceit – the 2nd episode marinates all these by pitting internal conflicts between the families, sizzling romances, and foreshadowing, subtle … but we all know where this ends.

So here’s a slice of what went down in this week’s episode: 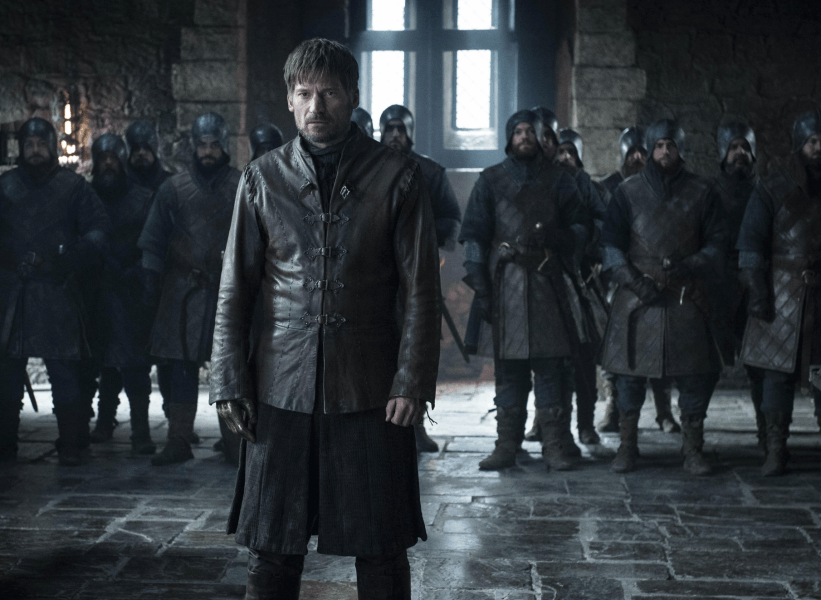 Tyrion and Jamie once again meet up under bizarre circumstances, as they have done so in the previous seasons, but this time, much like the First Season, at Winterfell, but it very may be their last reunion.

The Dwarfed Lannister, Tyrion, has made grave mistakes in his time, but now recounts and repents in the halls of Winterfell. Alongside, the once King Slayer, Jamie who seems to be on an sorry spree. Jamie does eventually turn to Bran for his past mistakes, Bran as emotionless as always, does seem to foreshadow Jamie’s death as their conversation ended abruptly whether Jamie might survive the long night.

The Lannister Duo ends up beside the fireplace as they have their last few drinks, the dialogue between the two is wholeheartedly sweet, as they laugh at the past mistakes they’ve both made, while miraculously both still alive. Jamie too seems to be open about his affair with Cersei when talking to Tyrion.

#2. The Knight of the Seven Kingdoms

Brienne of Tarth is given the special-extra-care this episode, as early on, standing up for Jamie at the hall. Later on, when Jamie shows up outside the walls to apologise, Brienne is taken aback by Jamie’s new humble-front, she then allows Jamie to fight under her flank.

Brienne and Pod join Jamie and Tyrion by the fireplace as they dragged their chairs close to the fire. Davos and Tormund join, as the campfire gang grew, they laugh and drink as if it were their last night, the emotions reach its peak when Brienne is questioned by Tormund on why she isn’t a Knight, “Women can’t be Knights.”

What follows is a tear-jerking scene where Jamie knights Brienne, as she kneels before his blade, in a way, it was Jamie showing his respect for the now Ser Brienne of Tarth. Everyone claps as Tyrion makes a toast for Brienne.

#3. The Ladies of House Stark 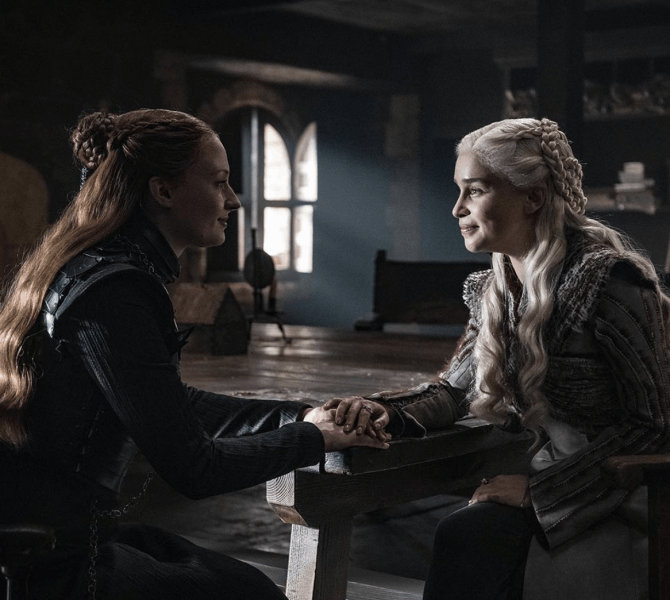 In this scene, you see Sansa the Lady of Winterfell and Dany the Mother of Dragons seated across each other on one small wooden table.

The silent war they were having seemed to come to a halt as Dany outlines how in love she is with Jon. Sansa, a character who seems to have been influenced by both Cersei and Littlefinger, demands from Dany, “What happens to the North after the Long Night is over?”, there goes all that relationship building.

The other Lady Stark, who was blind once, is now blinded by her thirst to know what ‘making love’ feels like. Arya intimidates Gendry with questions on how many women he’s laid with and the whole ordeal with Melisandre and her leeches. Then we have a short glimpse of the once innocent Arya turned assassin embracing Gendry.

#4. The Queen is losing her cool 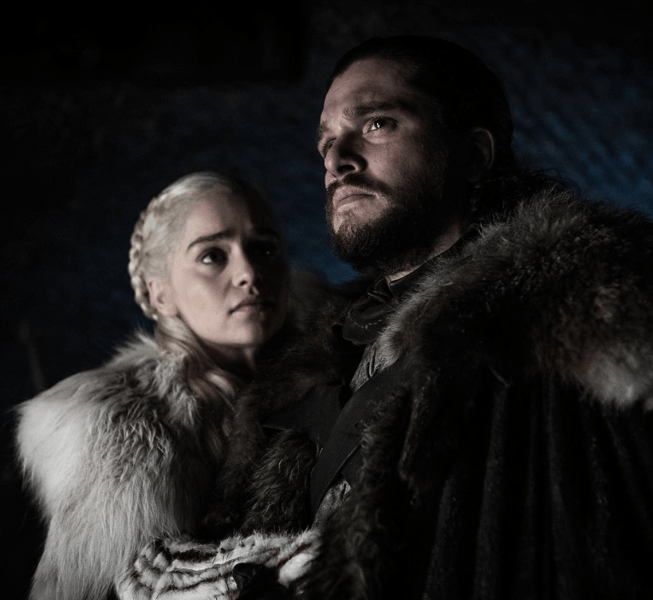 The growth arc for Dany has to be one of the most outstanding one, (second to Jamie) as once a mere wife to Khal Drogo, now a proud Mother to 3 (er … make that 2) dragons. Dany, however, seems to be losing her ground as she is seen losing her fights and inevitably her ‘cool’.

Dany at the Hall was astonished when both Jon and Sansa revoked their hatred towards Jamie, followed by a visit from Jorah, asking her not to be too mean to Tyrion. She then has a heart-to-heart with Sansa, only to find out that she won’t be allowed to have the North.

After a hard pounding to her heart (and ego) she seeks the comfort of Jon down at the Crypts. Only to disappoint her with the true origins of his birth.

But Dany doesn’t believe him.

She finds the story a little too convenient. After all, it’s his brother and best friend who came to him with this revelation.

Upon learning that he is the last living male Targaryen, it seemed that Dany was more furious that she will not be the one who gets to sit on the Iron Throne.

But just before things were about to escalate between Jon (Aegon?) and Dany, the horn blows signalling the imminent attack of the Night King and his White Walkers.

Who would be the first victim in the upcoming episode?

There seems to be a lot of signs pointing towards Grey Worm and Missandei, as they’ve had plans for the future […] The cruel screenwriters would never ever permit such a thing! What does Cersei have under her sleeve? Aside from the 20,000 soldiers of the Golden Company. One thing we learned from this episode is that if you want to be strong like Tormund, you have got to drink Giant’s milk!