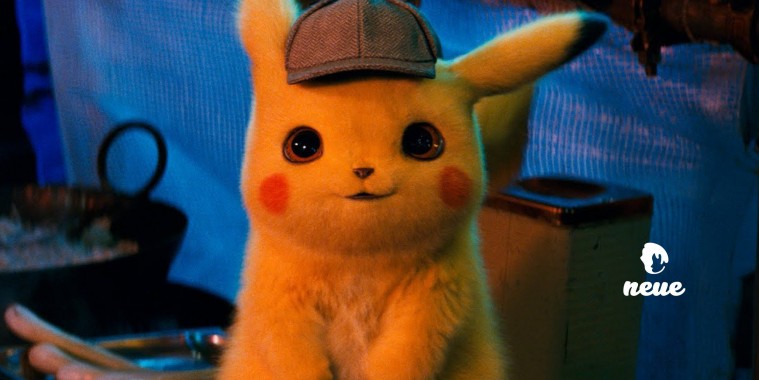 Deadpool vs Pikachu: Who Would Win?

The long wait is finally over! The movie ‘Detective Pikachu’ will be premiering this week.

He was asked who would win a fight between Pikachu and Deadpool.

According to him, it would be Pikachu hands down.

“Even though he doesn’t swear, he’s very powerful. He can create some actual, real superpowers, whereas Deadpool is just mostly sarcastic,” he told MTV, adding that Pikachu would be a fantastic addition to the X-Force team. (You can watch the interview below!)

Now, if I’m being perfectly honest, what probably came to your mind when you first glanced the ‘Detective Pikachu’ trailer was probably somewhere along the lines of … “This has got to be a prank!”

And if it were a prank, it would be a very well-managed prank.

Rob Letterman, the co-director behind ‘Shark Tales’, is the mind (and camera) behind ‘Detective Pikachu’.

From a rather surprising choice of voice-acting and the choice of going for a live-action theme has gotten us all on a ride down memory lane.

… but what if you’ve never touched a Gameboy? Let alone heard of Pokemon?

Well, here’s a (depending on you, fairly-refreshing or interestingly new) list of things you must know before watching the titular yellow furball in live-Hollywood-action!

I Wanna Be The Very Best

If you’re not too familiar with the Pokemon universe, don’t worry! We’re here to help paint you a pretty picture of Pocket Monsters.

Pocket Monsters? Is that a new term for my loose-change? — No! Pocket Monsters was the wide-spread name known all over Japan, where it originated from.

Pokemon, a simplified mash-up of both words, flew to the shores of the US back in 1998, in the form of Nintendo Gameboy cartridges, Pokemon Red and Blue both made a huge impact in the world of Gaming. As of 2017, Pokemon had beaten the once-unbeatable Tetris.

In the game, players took the form of Pokemon Trainers, tasked to fight and capture the multitude of monsters known as ‘Pokemon’, while going on battles with other trainers to test your might and earn badges. Coining the much-remembered phrase “Gotta Catch Em’ All”.

Much before the to-be-released movie ‘Detective Pikachu’, there was a similar released title on the Nintendo 3DS, a game where a yellow-mouse Pikachu tails the player as the solve mysteries instead of battling for badges and fame.

Have You Met Tim?

In the upcoming film (you can watch the trailer above), there are familiar actors, played in their own flesh of course. British actor Bill Nighy (Love Actually) and Chris Geere (You’re the Worst) with an appearance from old-time star Ken Watanabe (The Last Samurai), they’re all used to the limelight, but with the leading role of the film, not Pikachu, but Tim Goodman.

Tim, played by Justice Smith, is a rather young, but a promising movie-star. He played roles in Television from Paper Towns, a 2015 Netflix show, to a more recent 2018 Jurassic Park: Fallen Kingdom, where he starred as an IT Technician tasked to analyse and hack machinery used to track the dinosaurs. (Is this considered a spoiler?)

Smith, in ‘Detective Pikachu’, is now the main man leading the role as Tim Goodman, who finds out that he is suddenly given the ability to understand, and auto-translates Pikachu’s whimpers into a rather familiar American accent.

When viewers first tended to the trailer for ‘Detective Pikachu’, they’ve begun suspecting a rather familiar voice emanating out of the furry detective. Ryan Reynolds, who plays the sarcastic anti-hero Deadpool, was chosen as the voice of Pikachu, beating other famous actors such as Hugh Jackman, Danny Devito, and even Dwayne “The Rock” Johnson. (Okay the last one was a clear ‘No’!) We’ll see how he takes this role to the next humour level.

Win 2 Tickets At One Cineplex

Who do you think would win in a fight between Pikachu and Deapdool?⁣ ⁣⁣ Click on 'Learn More' or visit whatsneue.online to find out!⁣ ⁣⁣ Oh! You will also stand a chance to win 2 tickets to watch 'Detective Pikachu' at One Cineplex @onecineplex this Sunday (May 12).⁣⁣ ⁣⁣ All you have to do is follow @whatsneue and tag a friend you'd like to bring along for the show.⁣ The winner will be announced this Friday (May 10) by 6.30pm. ⁣⁣ #whatsneue #neue #onecineplex #brunei #movie #pokemon #pikachu #deadpool

One Cineplex in Brunei (click here to read Neue’s past article – Hear The Whole Picture With Dolby Atmos) has generously sponsored 2 tickets for its screening of ‘Detective Pikachu’ this Sunday (May 12).

The winner will be announced on Neue’s social media platforms by 6.30pm on Friday (May 10).