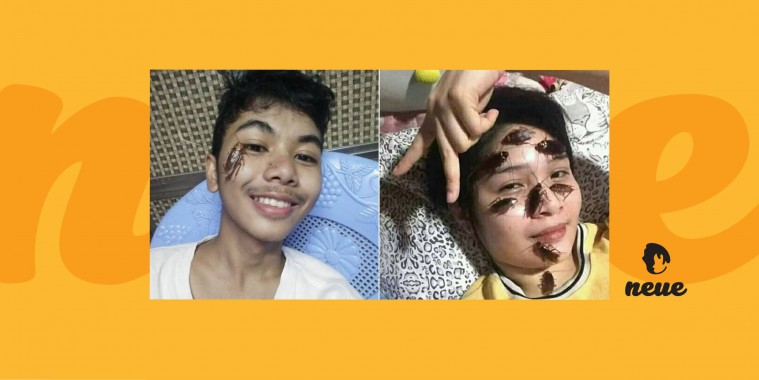 Latest Internet Craze: Take A #Selfie With A Cockroach

Do you remember ‘planking’? It’s that one challenge where you lie perfectly flat, face-down on the most unconventional of places just for that short shot-to-fame, but adrenaline junkies took it a level too high (literally) and it became illegal to ‘plank’ in most countries?

But you ain’t seen nothin’ yet.

I give myself high praises for my tolerance towards the grime and yucks of dirty-corridors and public toilets. But I must admit … this challenge takes the whole darn cake.

Say Hello To The Cockroach Challenge! 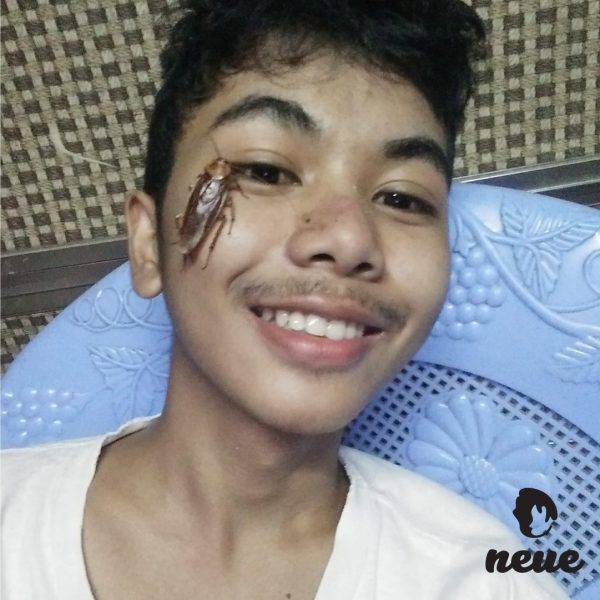 This new Internet challenge sees young children and teens putting critters on the pores and skins of their pimple-filled faces.

Tracking and sleuthing picture-after-picture leads us down to a young man from Myanmar, Alex Chung the Myanmar teen garnered a stupendous 18,000 ‘shares’ on Facebook.

18,000 is a very substantially-large number, the reach is bound to have inflicted a new trend among the curious minds of teenagers around the world.

A Swarming Trend On Social Media

Deemed the ‘Cockroach Challenge’, people around the globe shot-their-shot for an ounce of Internet fame, and it worked. (Well, kind of!)

Some may argue that its just for-the-laughs, why you gotta’ be a party-pooper? While others found it mostly repugnant.

The comment sections are having their own ‘End Game’ fighting amongst themselves for the reason behind the ‘Cockroach Challenge’.

A Look Back At Past Trends

I personally have done this one, by Internet-participation, tagged by friends who’ve previously done the challenge themselves, it was the perfect Internet-chain. Promoting awareness of the Amyotrophic Lateral Sclerosis (ALS), a neurodegenerative disease that affects nerve cells in the brain and spine. Splashing icy-cold water onto yourself was supposed to mimic a similar pain to the disease.

What started out as a quirky new pop-electro dance song, quickly became a pain-inducing annoying Internet fad. A 2012 Korean Pop song by the artist PSY, accompanied by a funny bunny-hop dance, with a repetitive chorus, prompted instant Internet fame, everyone was posting up their own colourful parodies of Gangnam Style.

“Never gonna give you up, never gonna let you down!”

No one can resist the 80’s heart-throb Rick Astley’s pop sensation. Not even the Internet. As of 2007, online pranksters began posting ‘click-baits’ to links, the links were often accompanied by captions indicating importance. But little-did-they know, they were greeted by Rick himself, shaking his arms left and right, with a smirk on his face. “You just got rick-rolled.”

What Other Challenges Are Out There?

The ‘Cockroach Challenge’ doesn’t pose an imminent danger for teenagers, but a rather gruelling one. Challenges are fun for both the viewers and the doers too! What other challenges have you seen or done yourselves? Let us know in the comments below! (GIF images courtesy of GIPHY)