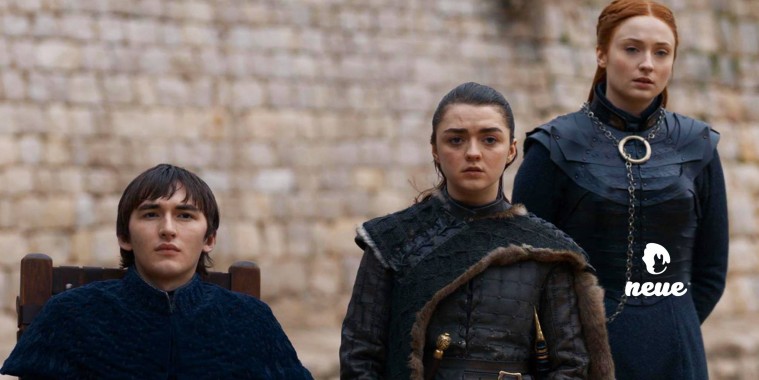 The End Of GoT: 5 Key Moments From The Finale

The following article is a recap of the finale of ‘Game of Thrones’ Season 8: The Iron Throne (Episode 6)

SPOILER WARNING! If you have not seen the latest episode, click here to read Neue’s (spoiler-free) article – “Top ‘Games of Thrones’ Questions For Season 8”.

But first let’s take a look at the outcome of last week’s poll that was featured in Neue’s Season 8, Episode 5 recap. (Yep! You read that right … Apparently, the people want a Starbucks Coffee Cup to take the Iron Throne!) 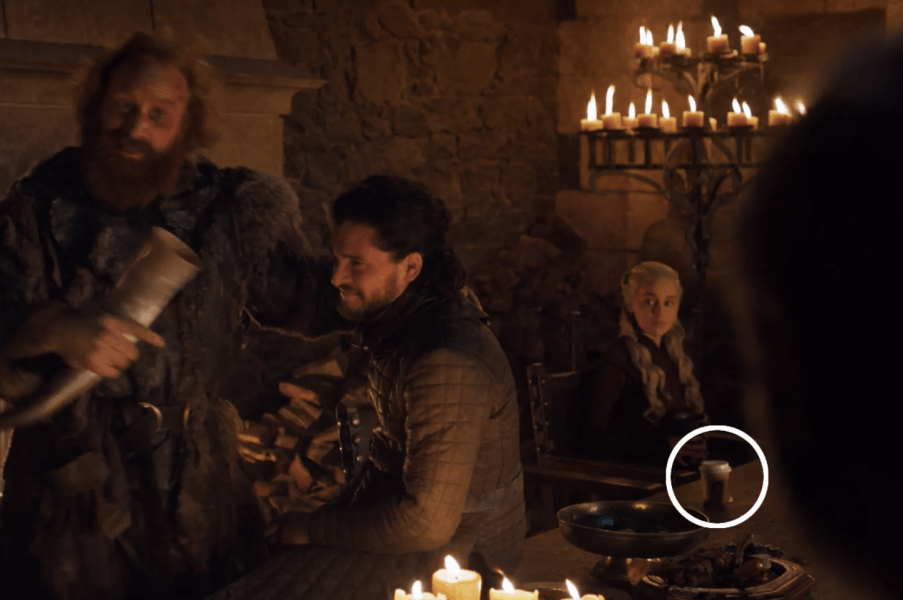 Say Hello To The Dragon Queen

Right, it’s here – it’s finally here! The finale, dubbed after Dany’s family obsession with ‘The Iron Throne’, a soft-smooth landing over what seemed like a turbulent-tormented season.

A strong push in visually-stunning cinematography and an added alteration to the formal theme song. (Dumm-Dumm Dum-Dum-Dum, Dum)

The final encore for the finely-matured series that is Game of Thrones has finally arrived, and it provides with an episode filled with a plethora of emotions.

Here are 5 of the best moments from the finale, handpicked by Neue for you:

The opening arc follows Tyrion Lannister in the wake of the siege. We see the dishevelled Imp, as he aimlessly drags his two feet across the once rich and lively King’s Landing, now littered with dismembered broods of buildings and inhabitants.

As the snow begins to fall … (Wait a minute! That’s not snow! Those are probably ashes of the dead people!)

Tyrion, who finds himself under the red-keep, helplessly looking for his siblings – Cersei Lannister and Jaime Lannister.

In a turn for the worse, he finds the golden gauntlet, belonging to Jaime, as he flings about the rubble. (At this point, I think most viewers were hoping they’d survived!)

Tyrion eventually finds them … in each other’s arms.

Viewers ployed that Cersei would die by the hands of her brother. She ironically did, I suppose. Tyrion, who is always seen as a level-headed character, falls unto his knees bawling over his dead family. He is later thrown into a makeshift prison cell on charges of treason against Dany.

The Imp & The Bastard 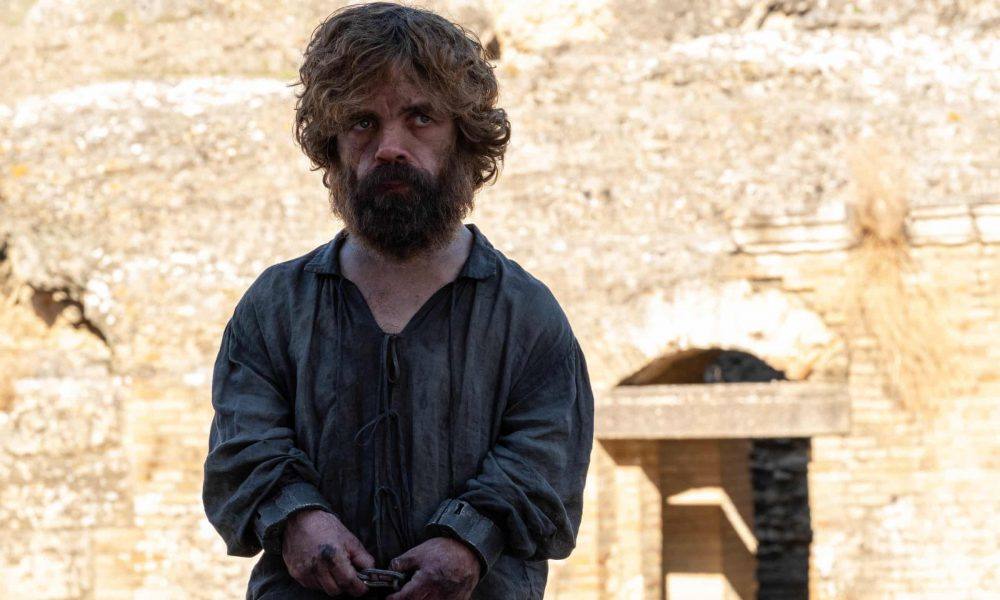 “I know a killer when I see one,” Arya snarks as she peers over to Jon.

Jon similarly in the previous episode, has been waging his own war inside his own head. A moral conundrum, where both sides end in the death of thousands of innocents. After seeing that he had chosen the wrong (and obvious) choice, he makes his way to visit an apathetic Tyrion.

What follows is a one-sided tell-tale between the two. (Worthy of a soap opera!)

Tyrion, who has seen better days, looks back upon what a horrible mistake he’s made.

“Varys was right,” Tyrion said, as he pleads Jon to do something about Dany’s sudden tyrannous behaviour.

“Love is the Death of Duty,” mutters Jon.

“But Duty is the Death of Love,” Tyrion replies. 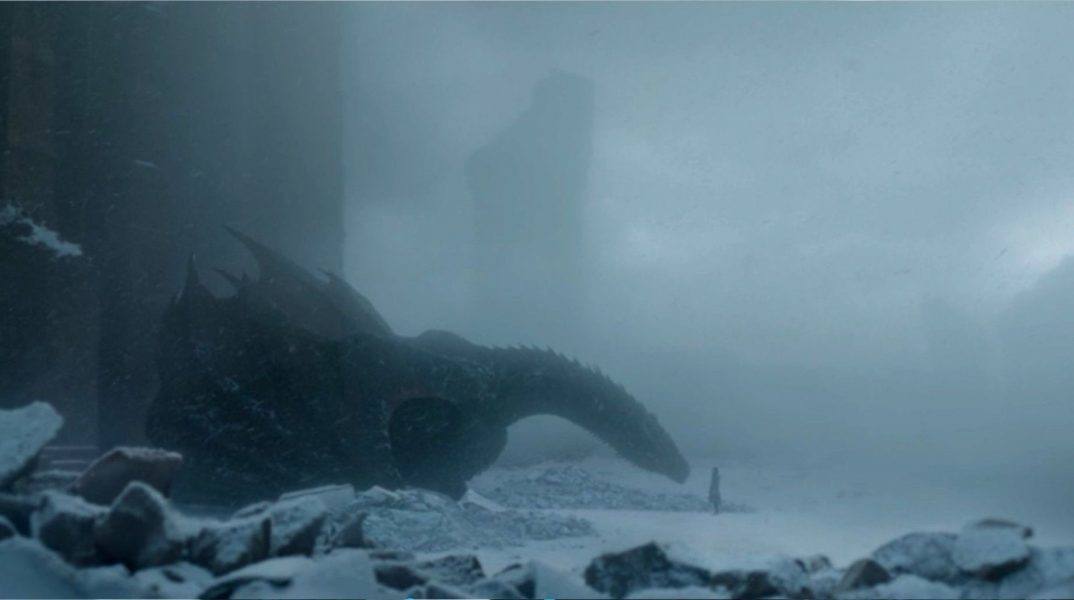 A few scenes forward, Dany enters the throne room and touches the hinge of the Iron Throne. This is her pivoting moment. After all, she’s worked her whole life for this …

Enter Jon, who begs Dany to forgive and forget.

Dany educates Jon that the Iron throne was built with the swords of a thousand victims under Aerys’ Rule … and that she could count until 20 when she was jsut a little girl.

In a moment of true-to-heart disbelief … (although I must admit! I did see this coming!) Dany, oblivious to the blood that she shares with Jon, tells him that they would share the world together.

As the romantic track begins to play … (final spoiler warning! you have been warned!) … an out-of-screen Jon stabs Dany with a knife through her heart.

Then everything goes quiet …

Jon, while whimpering, places the now dying Dany onto the ash-filled floor. But not long after, we hear the roarings of Drogon.

As Jon looks with regret onto Dany, we see Drogon (Dany’s last surviving dragon) roaring with anger, as he lands right beside the two. In an intimate shot, Drogon whines as if puppy-like, head-butting Dany, but no response.

In a moment of acknowledgement and pure-relentless anger, Drogon takes a stance, heating up the Dragon-fire while looking down at Jon. Drogon fires away, not at Jon, but at the Iron Throne, melting it down to a heap of scrap metal. (I for one, personally, found this scene boggling!) Drogon after noticing Dany’s demise flared his pent up anger unto the Iron Throne, the source of Dany’s pain and suffering. (After all, Drogon could be the reincarnation of Khal Drogo, no?)

The next scene skips ahead (a few weeks? months?) where we see Tyrion, who is still in shackles, being brought by Grey Worm to a council of all the kingdoms, comprised of Sam, Brienne, Sansa, Arya, Bran, Gendry, Davos and others. We find out that Jon is now a prisoner who is readied for execution. The council wounds upon who is to be the next King, Tyrion steps up.

Tyrion begins yapping on-on how a ruler should be a storyteller, and it just so happens that Bran is a storyteller.

To which Bran replied, “Why do you think I came all this way?” 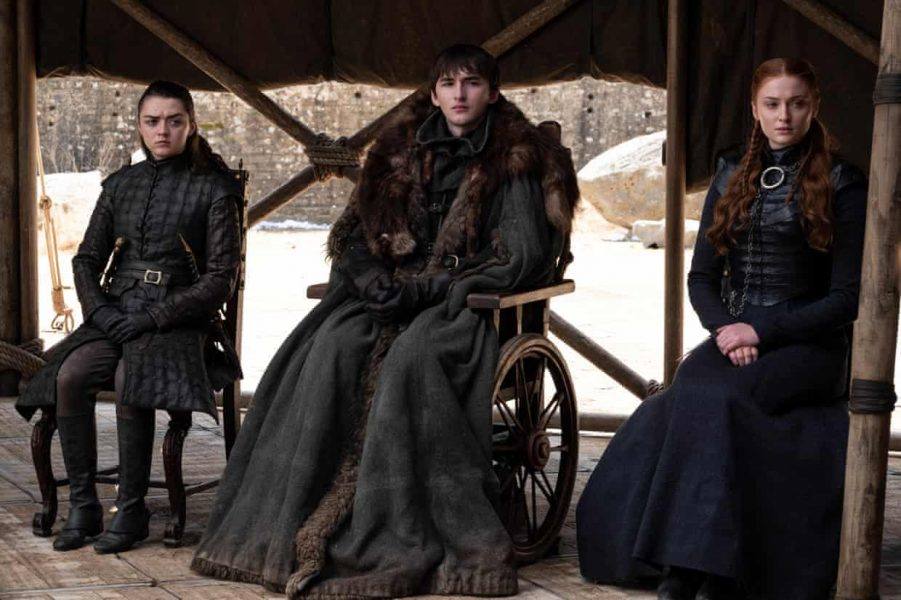 Well, Bran, does your three-eyed raven tell you that you’re on a TV show? (Bet not, huh!)

Sansa, who renounces the North from being a part of the Kingdom, depletes Bran’s title to King of the Six Kingdoms.

Now, we see Sansa, gowned in wolf-stitches, crowned as the Queen of the North, while Arya sets sail to the far West’s of America.
Jon, who made the conscious choice of murdering the Queen, is now sentenced to life at the Wall, to be part of the Night’s Watch … once again!

A Conclusion To A Masterpiece 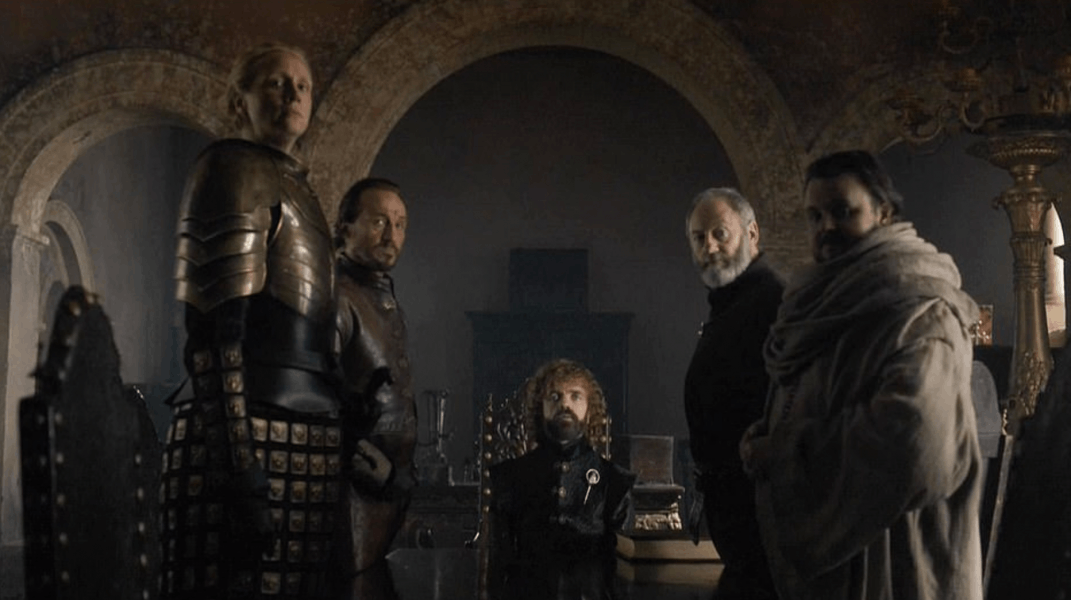 There is a silver lining to this, Jon, who is reunited with the free-folk and Ghost, travel far beyond the wall (Who knows what he may encounter?)

While Arya is on board a Stark emblem ship, sailing towards the far-west, not mapped yet by travellers.

There is a huge potential for a sequel (or most likely a prequel) to Game of Thrones … but only time will tell.

Plus, Drogon carried the body of Dany to some far-away land. Could she still be alive? That’s up to your own speculation.

What Did You Think Of Season 8? 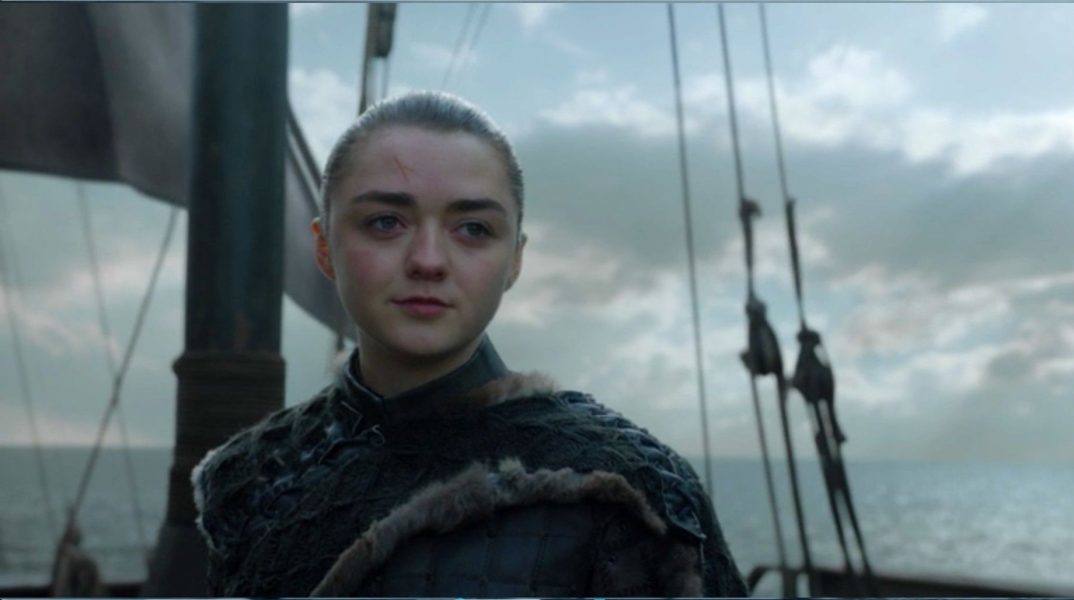 Let us know what you think about this episode in the comment section or reach out to Neue on social media on Facebook or Instagram. (All photos courtesy of HBO)