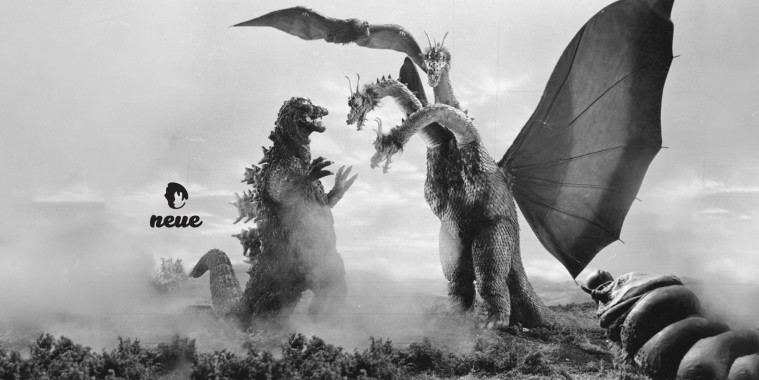 Did you know that Ishiro Honda, the director of the classic 1954 Godzilla movie, was once questioned by the police who believed he was planning an attack on Tokyo. He was not allowed to walk free until he could prove that he was in fact making a film!

In anticipation of the premiere of “Godzilla: King of Monsters” this week, Neue has rounded up some interesting Godzilla facts (like the one above) just for you. Enjoy!

1. Where did the name come from?

Godzilla is depicted as an enormous, destructive, prehistoric sea monster awakened and empowered by nuclear radiation. With the nuclear bombings of Hiroshima and Nagasaki still fresh in the Japanese consciousness, Godzilla was conceived as a metaphor for nuclear weapons. 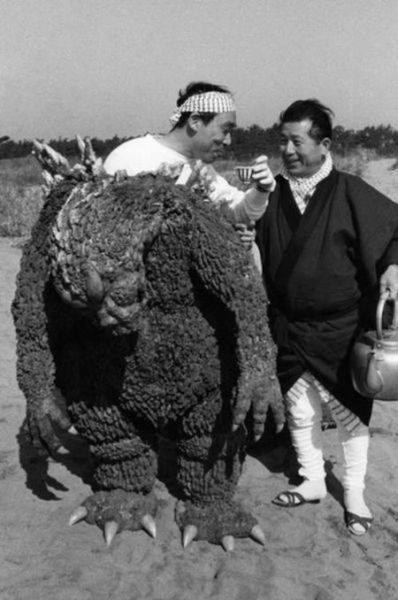 Due to budget constraints, the 1954 filmmakers couldn’t afford to mimic King Kong’s use of stop motion.

Using “suitmation” instead, a costumed actor destroyed tiny towns made of sugar wafer.

Haruo Nakajima was the first actor who portrayed the original 1954 Godzilla in a rubber suit.

According to a report, Nakajima invented the character from scratch, and developed it by going to a zoo to study how elephants and bears moved. He said it was important to show the pathos of the creature, which could only smash everything in its way.

Admittedly, putting a guy in a rubber suit may seem cheesy in this day and age. Don’t you agree? Well, the actor (above) regularly fainted, as it was really hot in the suit. It has been said that he was able to fill half a pail with his sweat after filming. (Eww!)

In 1969, Godzilla met Bambi in a 2-minute animated short. Although … almost half of the film consists of Bambi being squished under Godzilla’s foot. 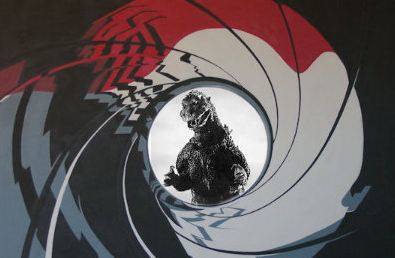 6. He has a cartoon show

Godzilla is a 30-minute animated series co-produced between Hanna-Barbera Productions and Toho in 1978 and aired on NBC in the United States and TV Tokyo in Japan. The series is an animated adaptation of the Japanese Godzilla films produced by Toho. The series continued to air until 1981, for a time airing in its own half-hour timeslot until its cancellation.

Minilla (a.k.a. Minya) is the son of Godzilla. He is Godzilla’s son in the Showa and Millenium series of Godzilla films. Minilla’s first appearance was in Son of Godzilla. He was created when a radioactive storm on Sollgel Island mutated a Godzillasurus egg. Giant Godzilla sized praying mantises called Kamacarus cracked open the egg (which is why Minilla has birth defects) and nearly ate Minilla. Before they could Godzilla came to the rescue and immediately adopted him.

8. How to make a Godzilla sound?

Have you ever wondered how the original filmmakers made the sound? Well, it’s actually quite simple: The sound of Godzilla’s roar was originally made by rubbing a leather glove up and down the strings of a double bass.

9. Godzilla and The Avengers? 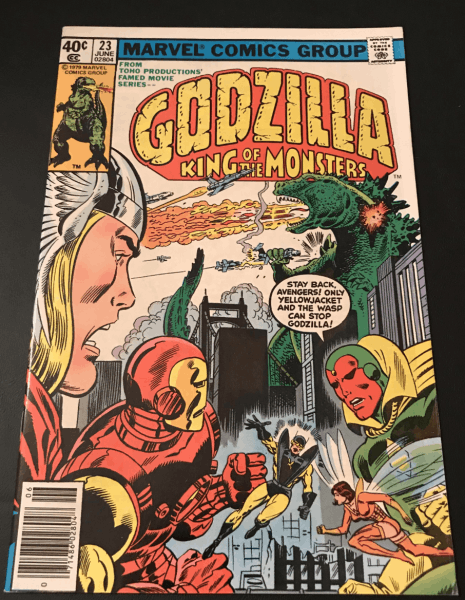 Between 1977 and 1979, Marvel published a 24-issue series featuring Godzilla.

10. Making It Big In Hollywood 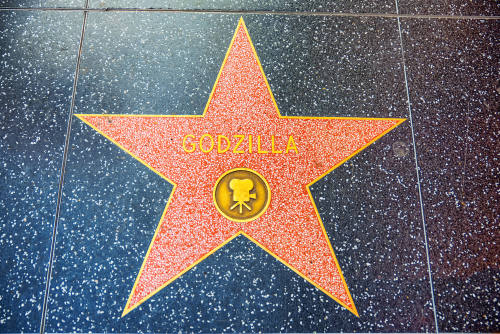 Godzilla’s 50th birthday was marked by an over-the-top celebration.

On November 29, 2004, the much-loved monster was given a star on the Hollywood Walk of Fame in front of Grauman’s Chinese Theatre.

The event also honoured his retirement from the big screen, after completing the Toho Pictures Inc film “Godzilla: Final Wars”.

So, are you a Godzilla expert?

Sound off in the comments below if you know any other fun Godzilla facts you’d like to share!