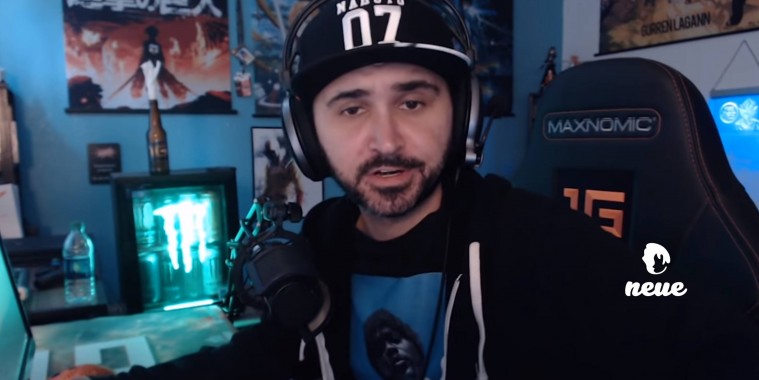 Twitch: Getting Rich While Playing Games

Twitch, a bustling hub for all things ‘live-streamed’, where streamers can earn tens of thousands of dollars by the hour – just from streaming video games.

According to a report by the Wall Street Journal, leading game-publishers such as Activision, Blizzard, Electronic Games (EA), and Ubisoft would systematically reach out to the top-of-the-ladder Twitch influencers to stream selected games, live, in-front of the hordes of eager viewers, for an ample exchange of compensation.

Just last year, the video gaming industry fountained a record-breaking revenue of US$43.4 billion. Now, with such an impressive figure, it doesn’t come as an existential-shocker when large publishing firms spend a dime or two on popular Twitch streamers. Seeing how Twitch streaming ticks all the right boxes of pop-culture, focal-eyed marketers deduced that popular streamers were the perfect marketing ploy in leveraging their products to a larger buying mass.

But hold your horses! Don’t go telling your parents, “I told you so” … just yet.

We’ve covered that large sums go into the pockets of Twitch superstars, but what about smaller channels? Not yet influencers? Not all Twitch streamers yield the same end-results. There are basically three main (legal) sources of income, here are the how’s and what’s of Twitch money-making.

Say that you’re on Twitch, you’re pumped, ready to watch your favourite streamer gun down some baddies, but right after a click, an ad ‘pops-up’. That’s a mandatory ad, found on every single Twitch stream; Twitch streamers can employ more ads on their streams, it’s an annoying but highly efficient way of earning small sums in large quantities, much like a prickly rose, some streamers tend to stray away from ads.

Partnerships with large publishers, on-the-other analogue-stick, are the quickest way to bag a big cheque. Rewards are plentiful, from sponsored hardware to sponsored games; paid streams to coupons, take a look at any Twitch streamers background, see that cosy-looking gaming chair? That’s probably sponsored. Let’s not forget merchandise! Do you want to flaunt your support for your favourite streamer out in the open? A large fanbase equates to a large ad-group.

Ah, subscribers, the very blood that runs through the career of every Twitch streamer. Call it natural growth, a streamer would need a constantly-efficient rise in the number of subscribers to continuously grow their viewer-base – a viewer-base that is the root of every profitable branch.

Want to feel closer to your favourite Twitch streamers? You gotta pay up for that.

Twitch operates in a free-to-watch live stream system, but if a user would want to subscribe to different channels, they would have to pay $4.99. Users who subscribe to their favourite channels nab benefits such as loyalty badges and emotes. As for some streamers, chat-boxes are only available for subscribers.

Think of it in a similar manner to busking, Twitch streamers are nothing-short of entertainers, with a PayPal-link basketcase on the ground for donations.

Fans can show support and appreciation to Twitch Streamers by sending a fixed amount straight to their bank account, Twitch does not take a cut from this, this makes donations one of the simplest means in racking up a sum. Don’t like the act of paying entertainers? There is another way! Have you seen the chat-boxes of popular streamers? They’re often littered with cute-sy animation and emoticons, that, is Bit Cheering, a 100 of that can be bought roughly with $1.40 USD (the prices change over time). Streamers earn approximately one cent per Bit. Think that’s a small amount? Well, how about a thousand Bits an hour?

So how much do famous Twitch streamers earn?

Looking at professional Twitch Streamers like Ninja or Shroud, both known for their beyond-humanlike mouse-speed and accuracy, earn a rough-average revenue of USD150,000 a month! That’s not entirely unfathomable, acknowledging their worldwide fame, added with their growing subscriber-sponsorship rates, and the growing popularity of the game streaming industry, it’s bound to grow even higher.

Gaming as a full-time profession has always its controversies and stigmas.But look at it now! A wave of generation after generation has slowly moulded the way we perceive gaming today as a whole booming industry centred around not just playing games, but watching others play them them as well! Are you a couch potato? And nimble with your fingers? Then Twitch Streaming could be your calling.

Drop us a line in the comments below or reach out to Neue via Instagram or Facebook.