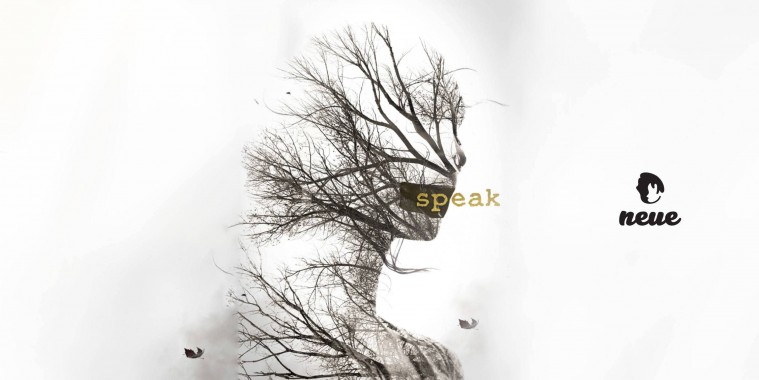 A review of ‘Speak’ by Laurie Halse Anderson

Trigger warnings: This article includes content about sexual assault and trauma, as well as depression and anxiety. There will also be major spoilers for the book, ‘Speak’ by Laurie Halse Anderson.

It says something that a book published 20 years ago would only grow to become more relevant today in the conversation about consent, and the aftermath of a traumatic experience – one that, unfortunately, rings universal across society, class, race and gender.

Laurie Halse Anderson’s debut novel, Speak has gotten a new cover for its 20th anniversary edition; it’s critically acclaimed and loved by many, and for good reason, despite the challenging issues the book covers. Speak is young adult literature that actually sounds like its target audience; it doesn’t shy away from subject topics that might be deemed too mature for young minds and there’s no dismissing its audience’s intelligence. The stuff that happens in the book may not be equivalent on both sides of the globe, but we who are just a little older remember the anxiety about having to make new friends in an unfamiliar school, and the fear of being ostracised by your peers.

Very excited to announce that the 20th anniversary edition of Speak contains an Introduction by @smashfizzle and an Afterword by @jasonreynolds83! (It also has some new content from me.) I am so grateful for their contributions and I can’t wait to share it all with you. Publication date: January 15, 2019. PS – I still can’t figure out where the last twenty years went to…. #speakup #speakyourtruth #speak #friends @macmillankidsbooks @macmillanreads @macmillanusa @fsgbooks @macmillan_lib @fiercereads

Who is Melinda Sordino?

The book follows Melinda, a teen who’s just started high school and it’s clear from the get-go that something is plaguing her; the secret is hinted at and referred to at various points of the book, enough that readers understand the devastating effects it’s had on her. But it only becomes clear towards the end what happened to her – a summer party, a night gone wrong, a horrific scene that’s described so viscerally it leaves no room for doubt that she was raped by a high school upperclassman.

Melinda’s headspace is an intriguing one, but that doesn’t mean it’s easy to be in; Anderson’s deft skill at drawing out Melinda’s dry wit while at the same time not shying away from the traumatic experience that heralds her high school life keeps you hooked, however. She swings from wryly commenting on the cheerleaders in her school, the way they would “rent beach houses in Cancun during Spring Break and get group rate abortions before prom”, to breaking down over a Christmas gift from her parents. She isn’t cruel, but her thoughts are sharp and she rarely minces words – if she chooses to speak, that is.

It’s made worse when it’s revealed that her cry for help that horrible night became something that had caused her to be ostracised by her peers. While it can be terribly frustrating to see the way she’s treated and how she seems to just take all the punches, there is a storm in her that’s made up of fear and misplaced guilt and righteous anger; she was condemned for calling the cops on the party, and she sees the clear possibility that she would be damned if she were to confess what had happened to her as well.

Art as a means of release

However, despite the thoughts that continue to haunt her, life still has to go on for Melinda, and it’s in art class that she finds a tentative solace in, and eventually realises her own potential through a series of ups and downs. She and her classmates were given a word to explore and focus for their projects, and Melinda’s word is ‘tree’. As she struggles to come to terms with the events of that summer, her art parallels her own journey of finding her voice once more. The moment Melinda finally hands in her art assignment to her teacher truly feels like a breath of much-needed air in the aftermath of what was an incredibly tumultuous year for her.

Speak is a wonderfully crafted book that reiterates the importance that consent, or rather, the lack of it, isn’t just a women’s rights issue – it’s a we issue. This edition includes an afterword written by author Jason Reynolds who speaks plainly about respect and the need for humanity, as he echoes the notion that: “Wrong is wrong is wrong is wrong”. And an interview with Anderson that’s included in the book reveals that Speak resonates with so many readers because of how accurately it depicts depression as well, and the pain of not being able to speak up.

But the most important thing about Speak is that while it deals with the heavy themes of sexual violence and trauma, it does so while allowing the reader to tag along on the journey without belittling them or solely relying on the themes to carry the story. Melinda is a victim of sexual assault, but she’s also funny and a talented artist who’s trying to figure out where she fits on the spectrum of high school culture. We see breakthroughs not only for her assault, but she takes steps to reconnect with her family again, she finds a couple of people who look at her beyond the mask of “girl who ruined the end-of-summer party” and she successfully creates a tree for her project that encapsulates her emotional journey as well.

Speak is heartbreaking and witty; it carries a powerful message inside a compelling narrative, and its protagonist is one you simultaneously root for and sympathise with. It’s young adult literature that’s as complex and emotional as its supposed target audience, and that’s what makes it really stand out, not just in its genre, but fiction across the board.

Will you be picking up the book? The last time I checked, this book was still available at @besteastern_bookstore. What books should we review next? Let us know in the comments below or feel free to reach us at our social media on Facebook or Instagram.