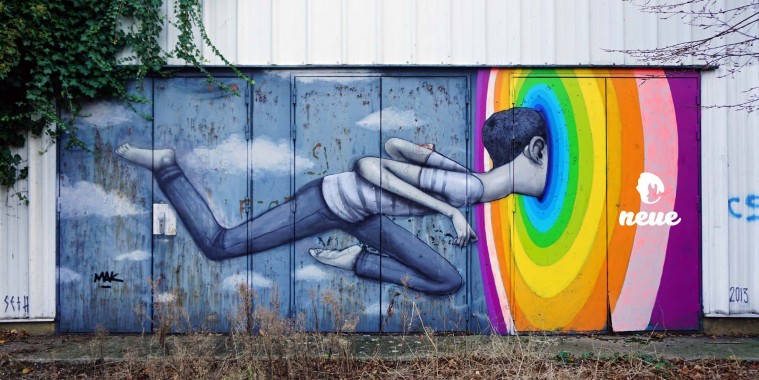 Drawing The Line That Separates Street Art From Graffiti

An often confusing-like game of pong, both street art and graffiti can sometimes be indistinguishable to the eyes of casual passerbys. But trying to pinpoint a definition brings up an apples-to-oranges situation.

Art is in the eye of the Can-holder

Graffiti art and street art are simply put – forms of art, contemporary pieces that are hung and plastered straight onto the walls of cement & bricks for all naked public eyes to see, rather than the pedestals of galleries and museums. 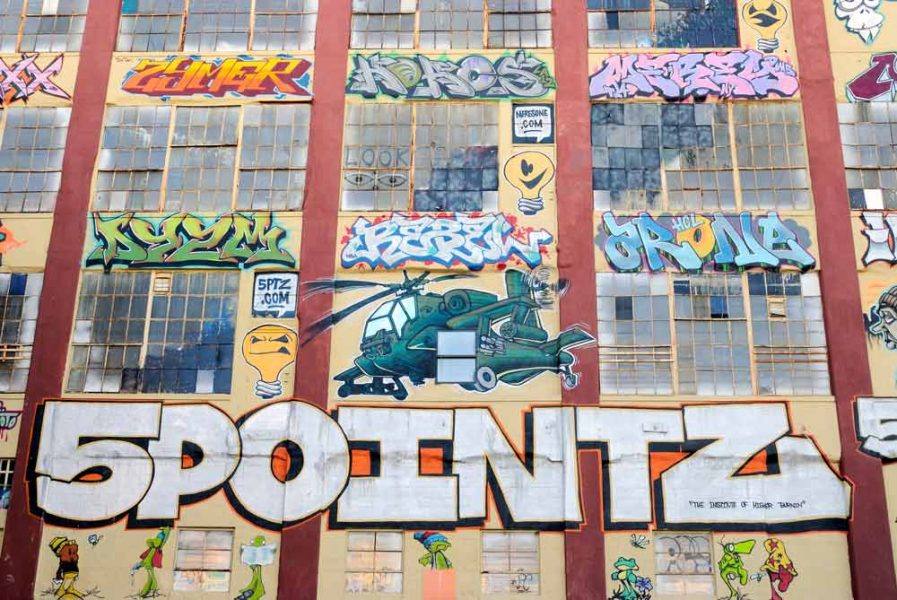 So why wade through the mud? They’re both just scribbles on the wall, right? Well, in the gaze of the law, graffiti is seen as illegal, vandalising of public property, whereas street art is accepted, created with prior permission. Yet, culturally, historically speaking, graffiti has more candles on its cake.

These loud forms of public movements might be seen as some newly erupted trend amongst the growing generation, but graffiti writing antiques over street art by a long-fold. Quoting Lois Stavsky … “Graffiti predates street art and street art draws its inspiration from graffiti” – a short history lesson by the renowned artist.

Evolving from early forms of Italian ‘Sgraffio’, which means ‘to scratch’, by making scribblings on a flat surface; graffiti made its 1960s debut in the dim and damp corridors of New York City. Graffiti has come to be seen as such a grimish hobby, so much that we tend to call any scribbled wall a work of a graffiti artist – but tell that to any of the artists that and you’re bound to get an earful.

Two sides of a different coin

Although street art came from the same mind-wombs of graffiti artists, they’re now both different sub-cultures of art. The large gaping distinction is usually made clear with their palettes and allegorical political messages. Since graffiti writing and tagging is widely known for their bad reputation in destroying beautiful architecture with scribbles of gang-affiliated texts, most artists tend to call themselves ‘street artists’. 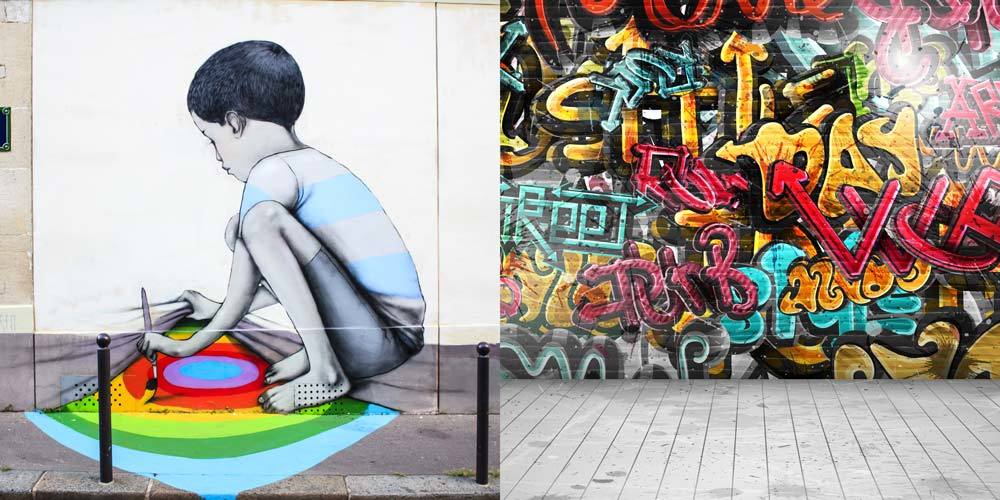 These street artists create large works of art, “the world is your canvas”, and in this case, consented works of art. They bask in the light of the publics’ eye, much like Banksy, an anonymous street artist that creates overnight interactively-non-prerogative political artworks in the most humorous of places. Whereas under the guise of the night, graffiti artists rather a more concealed close circle of eyes, rarely caring about the critiques of others. Separating these occupations from stage to message. So, it’s up to you to make the assumption of art or vandalism – art belongs to the eye of the beholder after all. 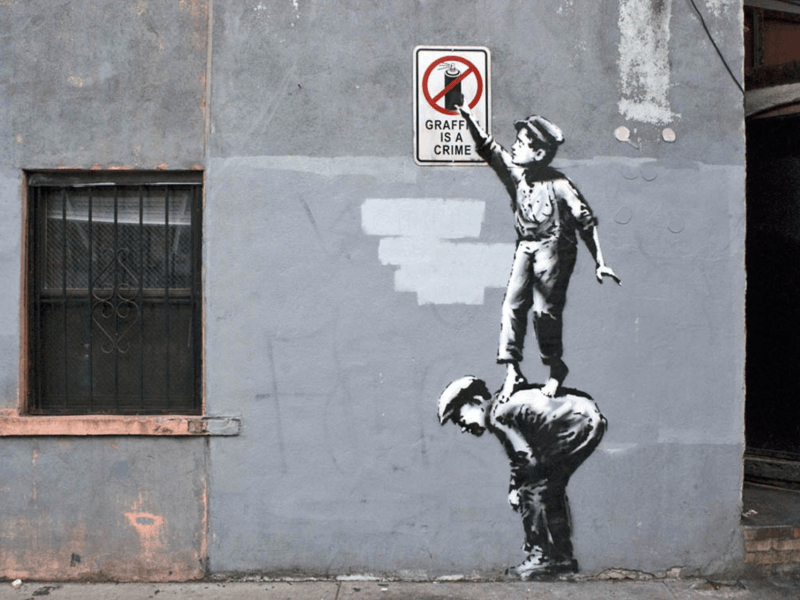 One of the many Banksy’s pieces (Source: Banksy.uk)

On our Bruneian walls

Take a look around, you would barely see a coat of spray-paint on the walls of Brunei’s low-rise, well, maybe the seasonal sharpy marker in the doors of public toilets. Guerrilla Artchitects are changing that. Rounded up by 14 local graffiti artists, a goal to raise the Bruneian art bar up from the ground. The Bruneian street artists are taking the streets (with permission) to colour an already colourful town.

Check out a live painting session at BigBwnProjects’ upcoming Street Fest! On the 7th of July 2019 for a first-hand look to distinguish the difference between graffiti and street art yourself!

Have a suggestion on what we should look at? Drop us a line in the comments or reach out to us via Facebook or Instagram.