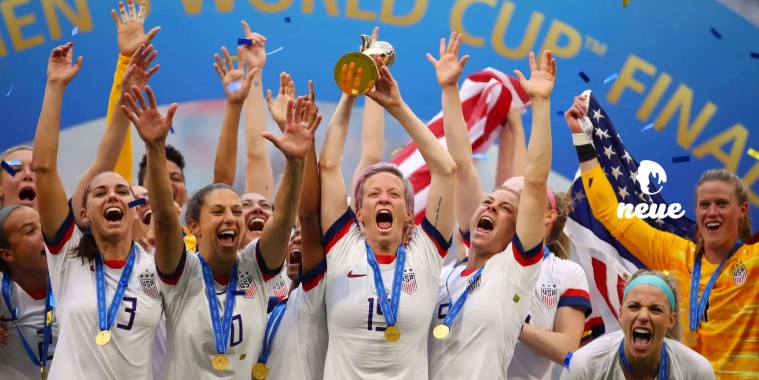 Earlier this week, the USA women’s national team (USWNT) won their record fourth World Cup in France against the Netherlands in a 2-0 historic win, successfully defending their title from 2015 and following a long run of 12 consecutive victories for the USA in World Cup history (men’s and women’s). In addition, more Americans watched the 2019 final match in comparison to the men’s final in 2018, marking an increase of 20%.

But amidst the celebrations and the records that have been broken, there is a growing acknowledgement of the gender disparity female athletes continue to face, even in 2019.

That might not seem like much, and you’d be right; the total prize money for the Women’s World Cup is $30 million, in comparison to the 2018 Men’s World Cup which had a whopping $400 million in prize money.

And it doesn’t just happen in football.

A player in the Women’s National Basketball Association (WNBA) earns an average salary of $71,635. Contrast that with the average NBA player who gets paid $582,180 annually – that’s a huge difference of more than $500,000 per player alone.

There is a startling amount of gender discrepancies when it comes to wages in professional sports, and despite the complexity of the issue, there isn’t really a straightforward way to ensure that women get pay equity.

And that’s not the only challenge they face.

The issue of accessibility and visibility

One of the reasons why female athletes aren’t paid as well as their male counterparts is largely due to the fact that most of them aren’t as well-known, as they aren’t given the same kind of platforms.

Olympic gold medallist and US national women’s hockey team player Hilary Knight explained that a lot of people would come up to her and other female athletes expressing their surprise that women’s sports are just as enjoyable. “Part of [the exposure] is just opening up people’s eyes and making us more accessible to someone just flipping through channels. We’re trying to change the culture.”

While the world celebrates the likes of Simone Biles and Naomi Osaka, these are only two athletes in sports that are historically seen as more profitable and to an extent, recognisable for female athletes. There is a distinct lack of recognition and in some cases, respect for women who compete in what are traditionally seen as male-dominated sports.

Seven-year-old Immy Masterson of West Sussex recently launched a campaign to have Women’s World Cup stickers on sale in all Tesco’s and Sainsbury’s stores after she failed to find any to fill in her World Cup sticker book given to her from her football club.

In her letter addressed to the supermarket chains, she wrote, “I love football and I have been very excited about watching the Women’s World Cup.” 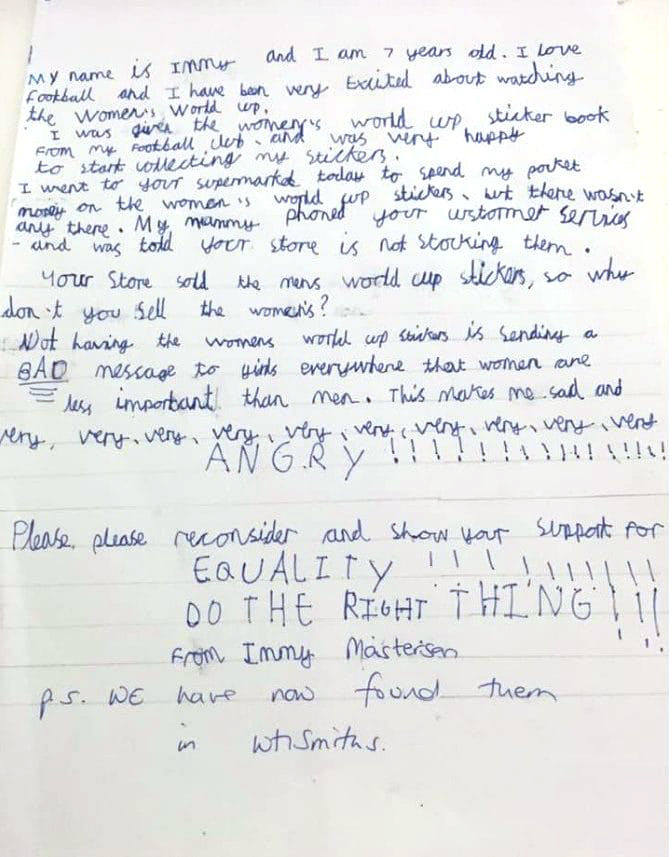 Coverage in the media

There’s a clear gap between the representation of women in sports media coverage compared to that of men, but it’s made even more disheartening when the percentage of female athletes who are featured in mainstream media may not even be portrayed as the serious, competent athletes that they are.

There is still a lack of focus on the competence of these female athletes and unfortunately, more on their bodies as sexual commodities. While the practice may be dying down, what comes after it is the ugly shadow of body shaming that plagues many female athletes.

Gabrielle Douglas competes in the floor exercise during Day 2 of the 2016 U. Women’s Gymnastics Olympic Trials at SAP Center on July 10 in San Jose, California (Credit: Ezra Shaw/Getty Images)

Olympic gymnast Gabby Douglas has been subjected to malicious comments due to her muscular build. “I remember attending an event, and when the pictures from that night were published, there were quite a few comments on my muscular build. I could have let some of the critical comments affect me, but I refuse to be ashamed or self-conscious! I embrace all of my muscles,” she said in response to the comments.

Plenty of sports require the body to be muscular, and yet when women possess these muscular builds, more often than not they’re subjected to comments about their physical appearance, instead of their resilience and achievements.

Early 2018 saw the sports world rocked by the news of the Larry Nassar scandal, former doctor to the USA Gymnastics team, who ended up being sentenced to up to 175 years in prison for sexually abusing over 300 female athletes and at least one male athlete, with complaints dating back as early as 1994. His sentence is in addition to the 60 years Nassar also received for possession of child pornography, and while his case may be the biggest sex abuse scandal in US history, it’s unfortunately not the only one.

In 2014, an investigation found that sexual abuse and assault was also rampant in American competitive swimming, with over 100 US swimming coaches banned for life for instances of abuse. With strict environments and the fear of being cut off from a team, these athletes at their most vulnerable state are incredibly susceptible to the manipulation by older authoritative figures.

Former Olympic swimmer Katherine Starr spoke about her own experience of suffering sexual abuse from her coach. She found the organisation Safe4Athletes, an advocacy group offering support for athletes dealing with abuse and said, “I had a well-paid job, but I couldn’t participate in that without having a reconciliation of my past.”

The nature of the relationship between a coach and their athlete is one that should be built on a foundation of trust, and yet too many sports governing bodies have been found guilty of turning a blind eye to the abuse suffered by their athletes.

What can be done?

As the USWNT marched to receive their Cup and medals, cries of “Equal pay!” rang across the stadium; fitting, as the team had sued the US Soccer Federation for alleged discrimination due to unequal pay, and “denying them at least equal playing, training, and travel conditions; equal promotion of their games; equal support and development for their games; and other terms and conditions of employment equal to the [men’s national team]”.

These women have lobbied for equal pay because they believe they are deserving of equal treatment with their male counterparts in the sport — as they should be.

And it doesn’t just stop with these athletes. 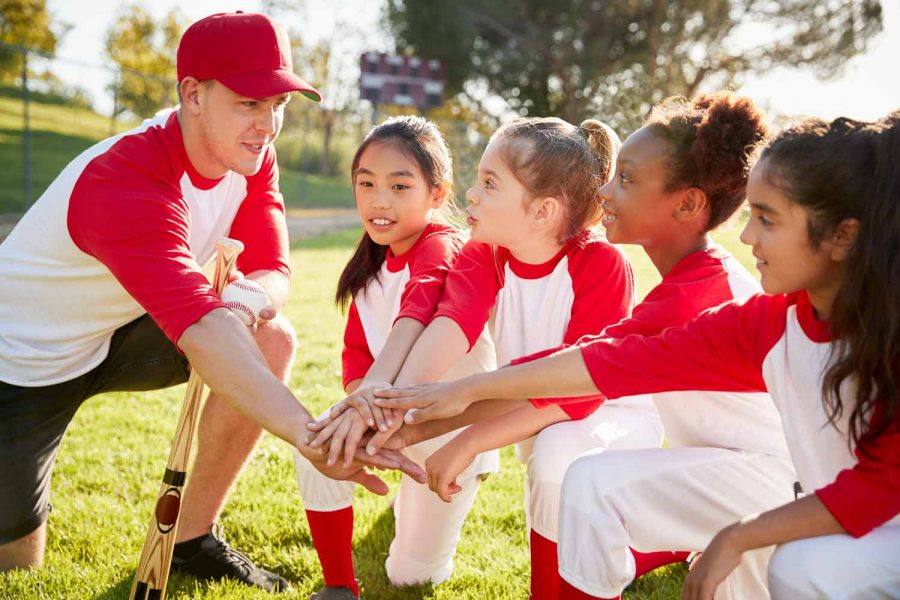 We also need to be educated in order to educate the younger generation that sports shouldn’t be gender-exclusive. Anyone should be able to play the sport they’re drawn towards without gender connotations and standards attached to these sports. Women’s sports shouldn’t be seen as inferior, and it’s conversations like this that can also help girls to stand up for themselves, and help others realise that these obstacles current female athletes face shouldn’t just be overcome by women alone.

Sports leagues as well as professional bodies also need to invest in their sports teams equally to ensure their growth and success – the female athletes deserve it, their fans deserve it, and the younger generation they inspire deserve to look forward to a future that’s more hopeful and brighter in the sports arena as well.

And while changes may not come overnight, it can and will happen, but only if enough people take the necessary steps to overturn the current challenges female athletes still face today.

What do you think is the biggest issue female athletes face today? How can they gain more visibility? We’d love to know your thoughts, so leave us a comment below or reach us via any of Neue’s social media platforms – Facebook or Instagram.