There’s something truly rejuvenating about a weekend getaway after days of chasing deadlines, and trying out best at this thing called ‘adulting’. It’s short enough that you won’t have to go through the hassle of preparing for a long-haul vacation, but long enough to be disconnected from your responsibilities for a while.

And while you might not think that would leave you with too many choices, you’d be surprised at how many hidden gems await a mere state away from Brunei!

Ever wondered if there was more to East Malaysia than the familiar cities of Miri, Kuching and Kota Kinabalu? Wonder no more! Neue has compiled a list of five weekend getaways in Sabah and Sarawak, perfect for a little soul-searching and winding down from a long week of responsibilities.

1. A resort and research station all in one

Right on the northern tip of Borneo lies a secluded beach resort with wooden chalets amidst coconut groves, which actually doubles as a field scientific research station! Enjoy crystal clear waters on a coastline that’s largely unexplored, and visit the neighbouring dive sites, or go for a snorkel among the reefs at North Borneo Biostation Resort.

Perfect for nature lovers, or if you just want a couple of days to disconnect from the world and soak in some sunshine with a great view of the ocean. The resort also welcomes scientists looking to use their facilities for research in the fields of earth and ocean science. Find out more here!

For a getaway that’s steeped in nature and culture, look no further than Batang Ai, Sarawak. Home to the oldest Iban settlements in Borneo, traditional longhouses are not a rare sight in these parts, but the site is also known for the Batang Ai National Park which houses a variety of wildlife, including orangutans.

Stay for a couple nights at Aiman Batang Ai Resort and Retreat, where you can enjoy the traditional Iban longhouse-inspired design at any of their rooms or suites. If you can’t bear to be away from your laptop, at least you can bask in the lovely view of the Batang Ai lake while doing so! Find out more here.

3. The Hamptons… In Sarawak 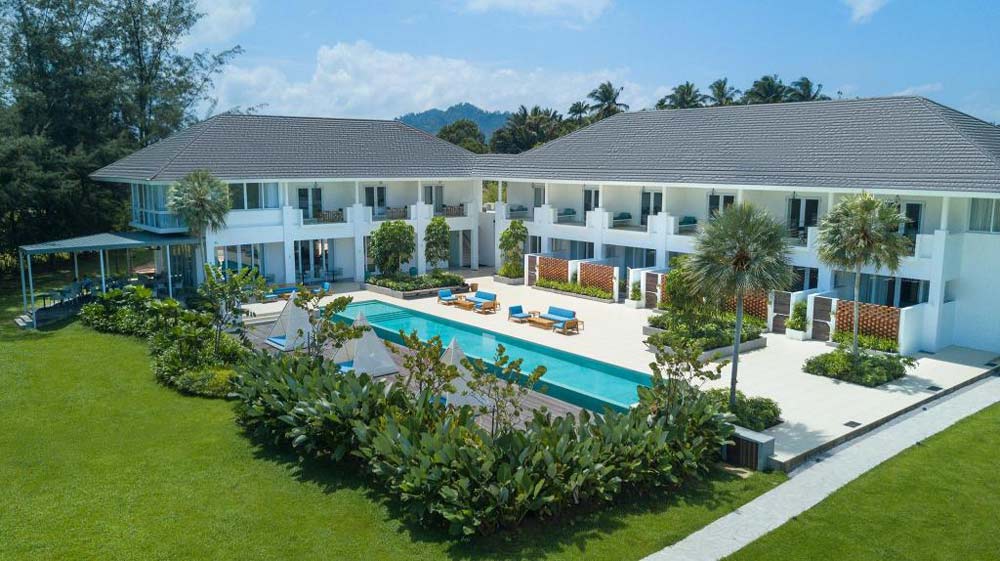 About an hour away from Kuching, Sarawak lies the quaint town of Santubong, which offers gorgeous views of the mountains, with the cooling sea breeze. The town is also home to a number of luxurious resorts, such as the Cove 55, where you would be forgiven for thinking if you’d stepped into the Hamptons here.

The resort is situated right by the beach, and if you don’t feel like exploring the beach, you’re welcome to take a nap or two in any of the outdoor daybeds beside the pool. In case you might get restless, you can hike up Mount Santubong, which is a mere five-minute drive away. For more information, you can check the resort out here.

An untouched jewel of paradise, Lankayan Island is truly a wonder with its tropical vegetation, white, sandy beaches and gorgeous sunsets — truly an escape from the outside world, for those looking for some serenity for their weekend. The island is also home to a turtle hatchery and conservation centre, so if you’re fortunate enough you can even see hatchlings being released to the sea!

Aside from the tranquil setting, the island is also a popular diving destination, boasting amazing fauna, interesting shipwrecks and regular sightings of whale sharks during the right season. For more information on where you can stay, check out more here.

Plan your next weekend getaway

For flights to Kota Kinabalu and Kuching, you can take a short flight from Brunei via Royal Brunei Airlines, and arrange your transport with any of the resorts listed above.

You can also hop on a flight to Kuching via AirAsia, but you’ll have to leave from the Miri International Airport, which is about three hours away from Bandar Seri Begawan,

Perhaps it’s time to take a closer look at the calendar and see where your next weekend getaway takes you!

Got a story idea on what Neue should tackle next? Sound off in the comments below or drop a message via our social media channels – Facebook or Instagram.