The Draw Of Street Photography

“Since I’m inarticulate, I express myself with images.” – Helen Levitt

Street photography is arguably one of the most common types of photography out there today; one only has to search up the #streetphotography tag to find millions of posts under it alone.

It’s one of the most common types of photography, with the shift from film cameras to phones only accelerating its growth in popularity.

But this then begs a couple of questions: Why the popularity, after all? What is it about this type of art that draws people towards it? 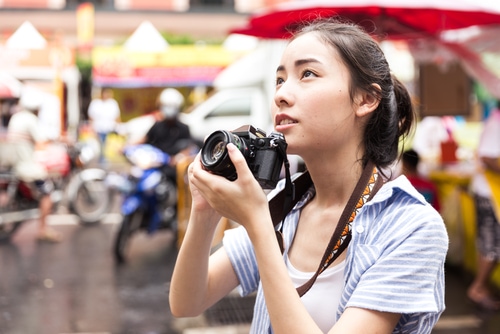 When you’re behind the camera, you’re given the freedom to observe your surroundings — it’s as if your camera is the shield that puts you outside of the mundane ongoings of everyday people.

Holding a camera as you walk down the streets allows you to document life with your camera, and take snapshots that tell the story of those around you.

You’ve only got one shot

There’s something thrilling about capturing an authentic shot in the moment. It’s unrepeatable, and oftentimes, you’ll probably miss that exact moment you were looking for. Things like lighting and people’s expressions are often split-second decisions that have to be made from the second you’re about to press the shutter.

But it’s when you’re successful in capturing that photo you were looking for, that it becomes an instant that’ll last forever in that one shot.

However, it can be incredibly nerve-wracking. You’ll be shooting live subjects and there’s always a chance these people will not be receptive to you taking their photos. People value their privacy, even in a world where oversharing on social media is a real issue — you might get negative reactions the moment you lift your camera to point it at a potential subject.

And there’s the issue of possibly approaching someone to take their photo.

Fear, anxiety, and doubt whirl together in an uncomfortable sensation in your stomach, and while it may fade the more you grow accustomed to it, there’s always that tension between the moment you open your mouth to ask and the answer they’ll give.

“One of the main reasons why I shoot street photography is that I get to explore the streets, and capture the world creatively. Forrest Gump once said, ‘it’s like a box of chocolates — you never know what you’ll get’. I’m constantly on the lookout for interesting happenings you don’t see every day.

“Capturing these moments and attaching a story behind it is what I enjoy doing.”

He also echoed similar sentiments to most when it comes to subjects he likes to shoot. “I hunt for moments that are unrepeatable, and things that people usually overlook. I also spend a good amount of time walking around the capital shooting people in their natural state, be it doing an action or positioned in a visually appealing frame, or even better, both.

“So a usual photowalk would be 80% exploring and seeing things, with 20% spent capturing shots with the camera.”

The story behind the shot 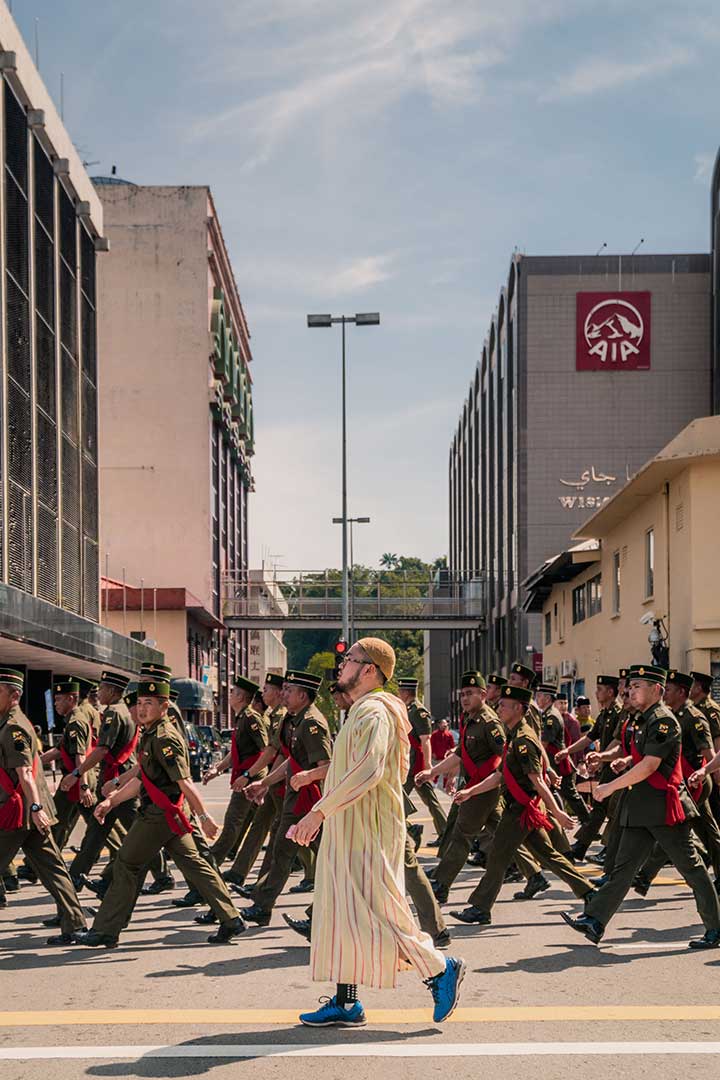 “This was captured during the Maulud Nabi procession in the capital last year in November. Towards the end of the route, I wanted to take a photo of the army walking past in uniform, but then I saw at the corner of my eye a man entering the frame. He was wearing a ‘jubah’ and ‘topi haji’, and I thought that was an interesting contrast of him being one with the troop.”

Whatever the draw may be for those who enjoy shooting street photographer, it’s clear that this is a well-beloved and highly practiced art. It’s not going anywhere (ironic, as the point is to go everywhere and explore) and while it may have some contention and criticisms from other photographers, the fact is that street photography still serves a purpose for those who practice it, whether that’s finding a story in the mundane, or capturing beautiful, intriguing photos.

Perhaps street photography isn’t exactly your cup of tea – if so, what kind of photography do you enjoy? We’d love to know your thoughts, so leave them down in the comments below, or reach us at our social media – Facebook or Instagram.