August 2019 is packed with movies that are anything but dull.

Read on to find out what movies Neue is most looking forward to this month.

Scary Stories To Tell In The Dark

I must confess: I’m not a fan of scary movies. However, I’m willing to give this movie a shot … even though the Hungry Ghost Festival is upon us!

A group of young teens must solve the mystery surrounding sudden and macabre deaths in their small town.

It’s 1968 in America. Change is blowing in the wind…but seemingly far removed from the unrest in the cities is the small town of Mill Valley where for generations, the shadow of the Bellows family has loomed large.

It is in their mansion on the edge of town that Sarah, a young girl with horrible secrets, turned her tortured life into a series of scary stories, written in a book that has transcended time stories that have a way of becoming all too real for a group of teenagers who discover Sarah’s terrifying tome.

Just check out the trailer! This is by far one of the scariest trailers I’ve seen in a long time! If this doesn’t give you nightmares I don’t know what will. 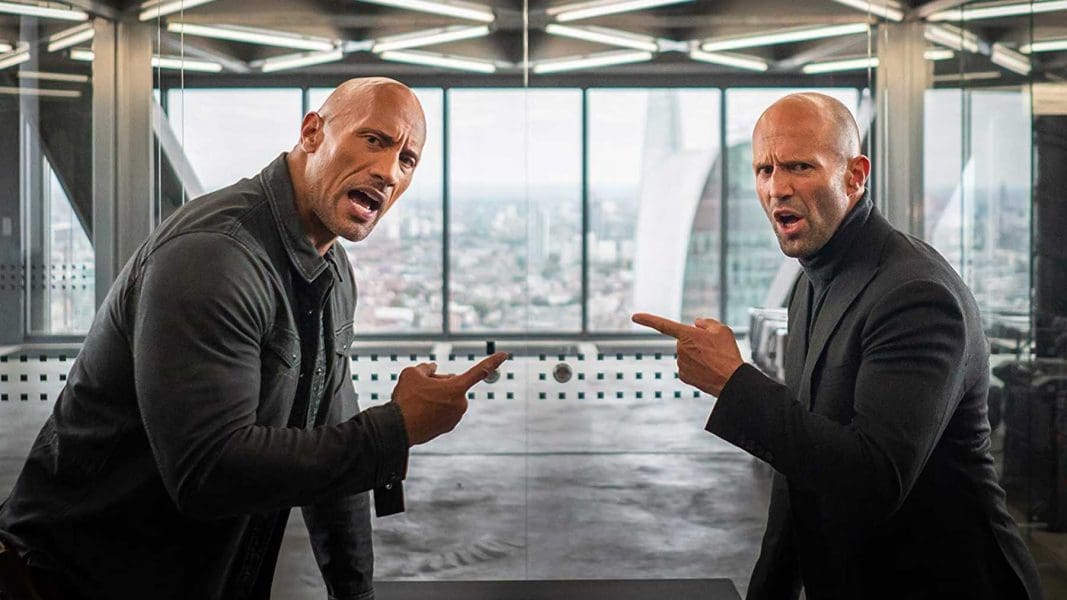 I kicked off the month of August with “Hobbs & Shaw”, a spinoff of the “Fast & Furious” franchise, starring former WWE pro-wrestler Dwayne ‘The Rock’ Johnson and Hollywood tough man Jason Statham.

Ever since hulking lawman Hobbs (Dwayne Johnson), a loyal agent of America’s Diplomatic Security Service, and lawless outcast Shaw (Jason Statham), a former British military elite operative, first faced off in 2015’s “Furious 7”, the duo have swapped smack talk and body blows as they’ve tried to take each other down.

But when cyber-genetically enhanced anarchist Brixton (Idris Elba) gains control of an insidious bio-threat that could alter humanity forever – and bests a brilliant and fearless rogue MI6 agent (The Crown’s Vanessa Kirby), who just happens to be Shaw’s sister – these two sworn enemies will have to partner up to bring down the only guy who might be badder than themselves.

My friends and I were the only few people who (patiently) waited to see if they were any after-credit scenes.

And we were treated to not one, not two … but THREE after-credit scenes.

Don’t worry! We here at Neue will not be revealing what these scenes are. (We’ll let you find that out by yourselves!)

However, be warned though that these scenes would only be a treat if you are a die-hard fan of the “Fast & Furious” franchise!

Oh! And another tip … don’t think too much as you watch this movie. (Some of the scenes truly do defy the laws of physics!)

Once Upon A Time … In Hollywood

Quentin Tarantino’s Once Upon a Time… in Hollywood visits 1969 Los Angeles, where everything is changing, as TV star Rick Dalton (Leonardo DiCaprio) and his longtime stunt double Cliff Booth (Brad Pitt) make their way around an industry they hardly recognise anymore.

Whenever I see the name ‘Quentin Tarantino’, I know it’s going to be watching a strange but good movie. (Remember the ‘Kill Bill’ movies?)

The ninth film from the writer-director features a large ensemble cast and multiple storylines in a tribute to the final moments of Hollywood’s golden age.

Dora & The Lost City Of Gold 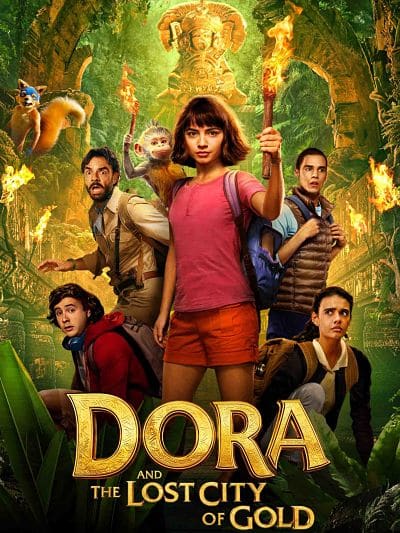 Having spent most of her life exploring the jungle with her parents, nothing could prepare Dora (Isabela Moner) for her most dangerous adventure ever – High School.

Always the explorer, Dora quickly finds herself leading Boots (her best friend, a monkey), Diego (Jeffrey Wahlberg), a mysterious jungle inhabitant (Eugenio Derbez), and a rag tag group of teens on a live-action adventure to save her parents (Eva Longoria and Michael Pena) and solve the impossible mystery behind a lost city of gold.

Fact: Nickelodeon’s Dora is now a live-action adventurer because we’re all getting old 🙁

This should be an exciting family movie for kids who may have outgrown the original Nickelodeon animated series.

The film tells the story of backpackers diving in a ruined underwater city, who quickly find themselves in a watery hell as their adventure turns to horror when they learn they are not alone in the submerged caves.

As they swim deeper into the claustrophobic labyrinth of caves they enter the territory of the deadliest shark species in the ocean.

If you did not mind watching ‘The Meg’ last year or any of the films from the silly (but fun) ‘Sharknado’ movie franchise, then what’s stopping you from watching ANOTHER SHARK movie?

“Ready Or Not” follows a young bride (Samara Weaving) as she joins her new husband’s (Mark O’Brien) rich, eccentric family (Adam Brody, Henry Czerny, Andie MacDowell) in a time-honoured tradition that turns into a lethal game with everyone fighting for their survival.

If you’re looking for a movie to convince your current partner that marriage is probably NOT the answer, “Ready Or Not” is the movie you have to add to your must-watch list! 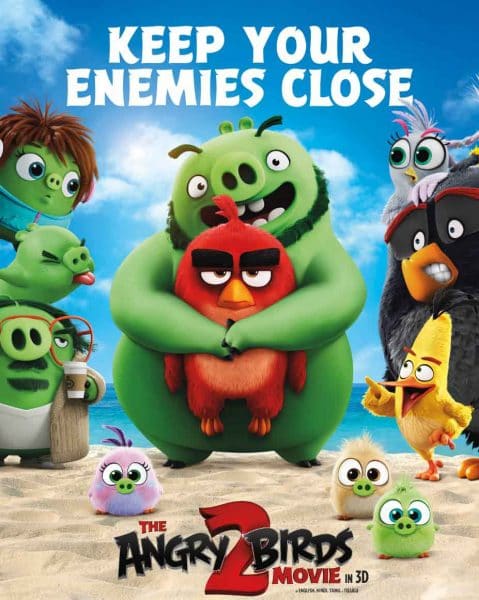 Red, Chuck, Bomb and the rest of their feathered friends are surprised when a green pig suggests that they put aside their differences and unite to fight a common threat.

Aggressive birds from an island covered in ice are planning to use an elaborate weapon to destroy the fowl and swine way of life.

After picking their best and brightest, the birds and pigs come up with a scheme to infiltrate the island, deactivate the device and return to their respective paradises intact.

If you’ve seen Angry Birds The Movie (back in 2016), you may as well catch this. Why? Because deep down we all have an Angry Bird inside us, trying to break the cage!

What August 2019 movie are YOU looking forward to the most?

Is there a movie that you think Neue missed out on?