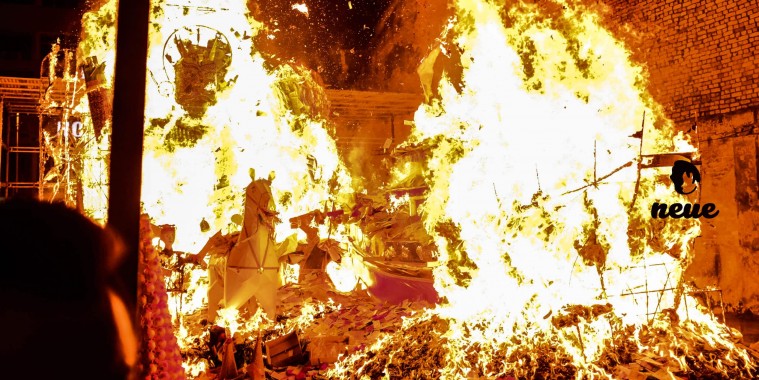 Make Sure This Doesn’t Happen To You During Ghost Month

Let me start off by saying that even though I’m a grown Chinese man, I still believe in “ghosts” and “spirits”. In fact, one of my greatest fears is to encounter one of them (again?) in my life.

I’ve been taught from a very young age that the Hungry Ghost Month is not something that should be taken lightly.

According to traditional Chinese belief, the seventh month in the lunar calendar is when restless spirits roam the earth.

And the “ghost month” will reach its peak on August 15 – which is the actual date of the Hungry Ghost Festival (the 15th day of the 7th Lunar Month).

Hope this doesn’t happen to you!

Recently, I stumbled upon a (funny) story that circulated in social media, in which a man in Kuala Lumpur was mistaken as a “ghost” while he was taking a stroll during Hungry Ghost Month. 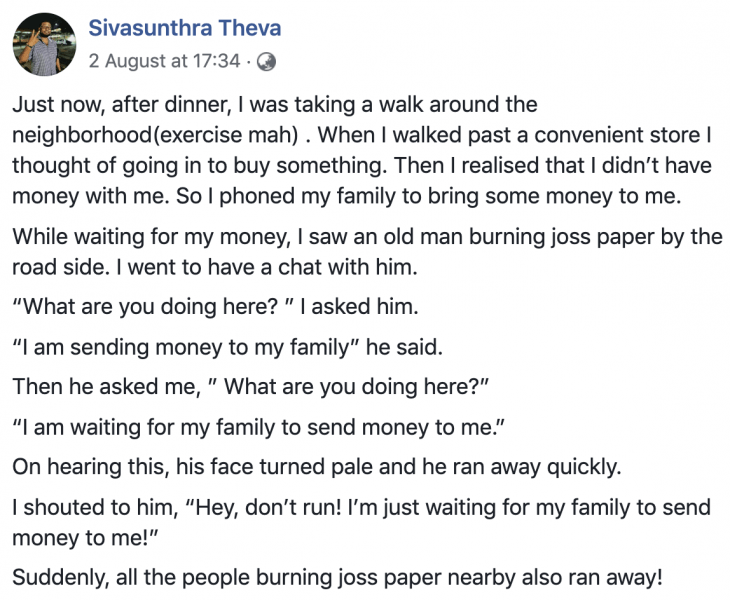 In his post that was made public, Facebook user Sivasunthra Theva shared that while he went out for an evening stroll, he wanted to buy something from a convenience store.

However, as he was cashless, Sivasunthra decided to call his family to come over and pass him some money.

As he was waiting for his family, Sivasunthra spotted an elderly man burning joss papers by the roadside and decided to have a chat with him.

Sivasunthra shouted to the elderly man, “Hey, don’t run! I’m just waiting for my family to send money to me!”

However, this was when everyone else who was burning joss paper nearby also ran away!

You see, they had mistaken Sivasunthra as a “ghost” who was waiting for his family to send him money during the Hungry Ghost Month. 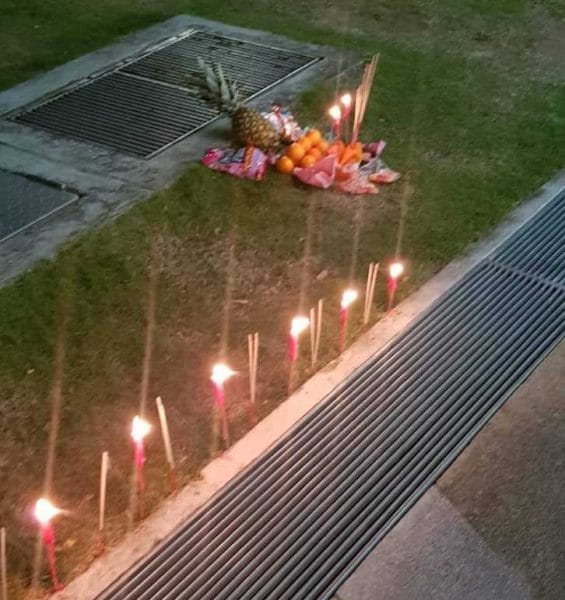 How would you have reacted?

Do you think that you would have been spooked out if you had encountered the “ghost”?

What are some of the Do’s and Don’ts during the Hungry Ghost Month that you know off?