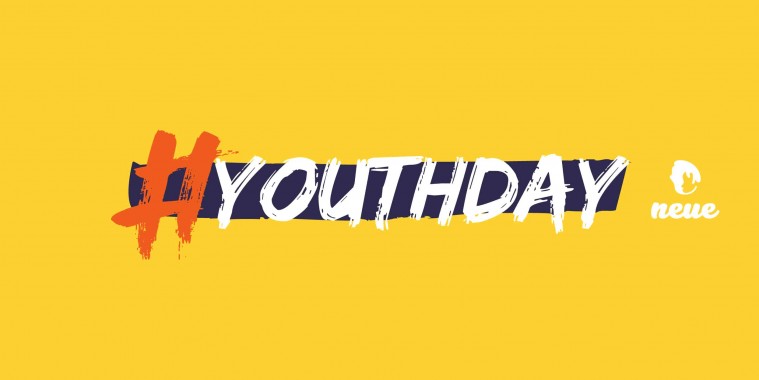 “The young do not know enough to be prudent, and therefore they attempt the impossible, and achieve it, generation after generation.” – Author, Pearl S. Buck

The period of one’s youth is often looked at with a healthy amount of fondness and nostalgia, as well as an inkling of, “Did I do enough?”

And it’s immediately followed by, “I wish I could go back to that time, and be young all over again.”

While there’s no reason life can’t begin again in your 30s, 40s, or even in your 70s, there’s a special kind of charm that comes with being in your teens and 20s, that sense of urgency to make something great of yourself.

All of them are undoubtedly passionate and hardworking, but more than that is their hunger to see more of what the future, the nation, and the youth of Brunei has to offer as well.

An escape turned into an opportunity for involvement

Music has often been one of youth’s biggest escapes, but according to musical act FNDuo, there is an intimate, but blossoming local scene that needs to be lifted up to a higher level than where it currently is.

“FNDuo was initially just a duo group singing and performing live acoustic sessions,” vocalist Nees Irwan and guitarist Faddly Fakhruddeen said. “We realise more and more talented Bruneians are seeking a platform, and we provide that with ‘The Acoustic Pop Up by FNDuo’ and event collaborations.”

When asked how the local Bruneian youth can contribute to the nation, they were unfailingly enthusiastic in their response. “By being involved. Put yourself in what’s currently happening, because with all the creativity and innovation our youths have, we can actually make something big, beneficial and impactful for the country.”

This sentiment is shared across the creative arts industry as well. Hashfi Farizi, known as HASH among his friends, expressed his own wish that young people will embrace their true purpose — to be persistent and consistent in pursuing their passion, and understanding their true identity. 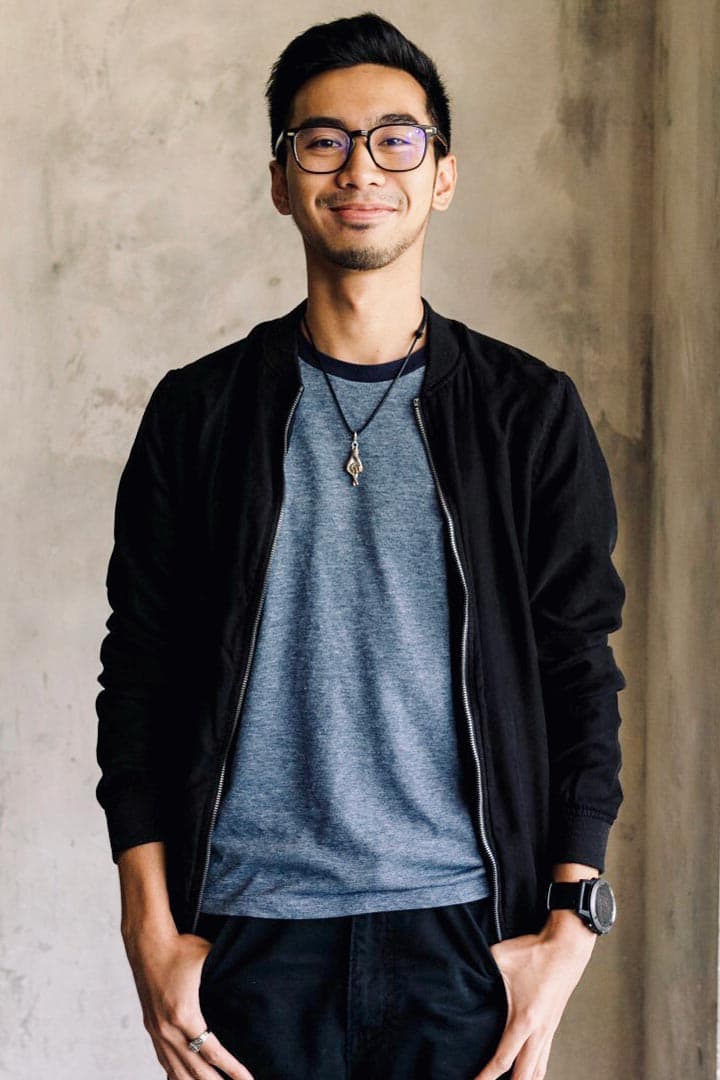 HASH, a film director who created HASHVISION as a personal brand before it evolved into a small production company, is no stranger to the pursuit of passion. “I’ve always been creating videos since I was 13,” he said. “Started filming with a Nokia N70 Phone with super cheesy video effects.”

The start of a career path

It’s not often that passion truly becomes something that kick starts your career path, but as HASH has proven, it’s not impossible. From charging his course mates $75 a pop for creating their videos, his path has led him on a journey filled with ups and downs that eventually led to his brand.

Passion and its struggles

But with passion comes the struggles, whether caused directly, or as a way to turn that passion into something more tangible. Such was the case for Hal. “I pushed myself to make Bad Medicine into a reality due to the unfortunate miscarriage of our first child,” and adds, “Bad Medicine is just an oxymoron of bad and good, because that’s what life is all about.”

He also shared his own struggles in finding the right factory and people in the garment industry to work with. However, one of the things that we sometimes forget, is that young people truly possess an unbelievable drive to learn from their mistakes as well. “I had to learn a lot of things from scratch, and I still have much more to learn along the way.”

Sometimes, when a template for a creative pursuit doesn’t seem to exist, that’s when passion truly yields innovation.

“Through Begawan Visuals, I also got to know a lot of other talented street photographers,” he shared, and that isn’t surprising in the least. There’s something to be said about the way a niche interest truly brings together all kinds of people, in love and passionate about the same thing.

Sometimes, that interest blooms not so far from home.

National fencer Anaqi Danish shared, “Fencing is a family affair in my case.  I grew up watching and supporting my uncle in training and competitions, before he encouraged me to join the junior scheme in 2012. He was always my biggest supporter, although it didn’t feel like it at the time, when I would try to skip training sessions, but he would have none of it!”

And that support has paid off, with opportunities to represent Brunei in various competitions such as the 2013 Youth Asian Games and 2014 Youth Olympic Games, both in Nanjing, China; 2015 and 2017 Southeast Asian Games in Singapore and Kuala Lumpur respectively. Danich also cinched the bronze medal in the 2018 Southeast Asian Fencing Federation championships in Malaysia in the senior category, at merely 18 years old.

The need for support

As youth, support is undoubtedly imperative in allowing young people to pursue their dreams. “I don’t come from a well-off family, so their sacrifices and support in helping me get to where I am mean the world to me,” Danish said.

That support can also be found among like-minded friends, as is the case for KAVA Streetwear Enterprise.

Founder Nazy Sam, Creative Director Kimmy Yusfathy, and Marketing and Brand Executor Ivy Ang were high school friends, before parting ways for a while, until life brought them together again, thus creating KAVA. 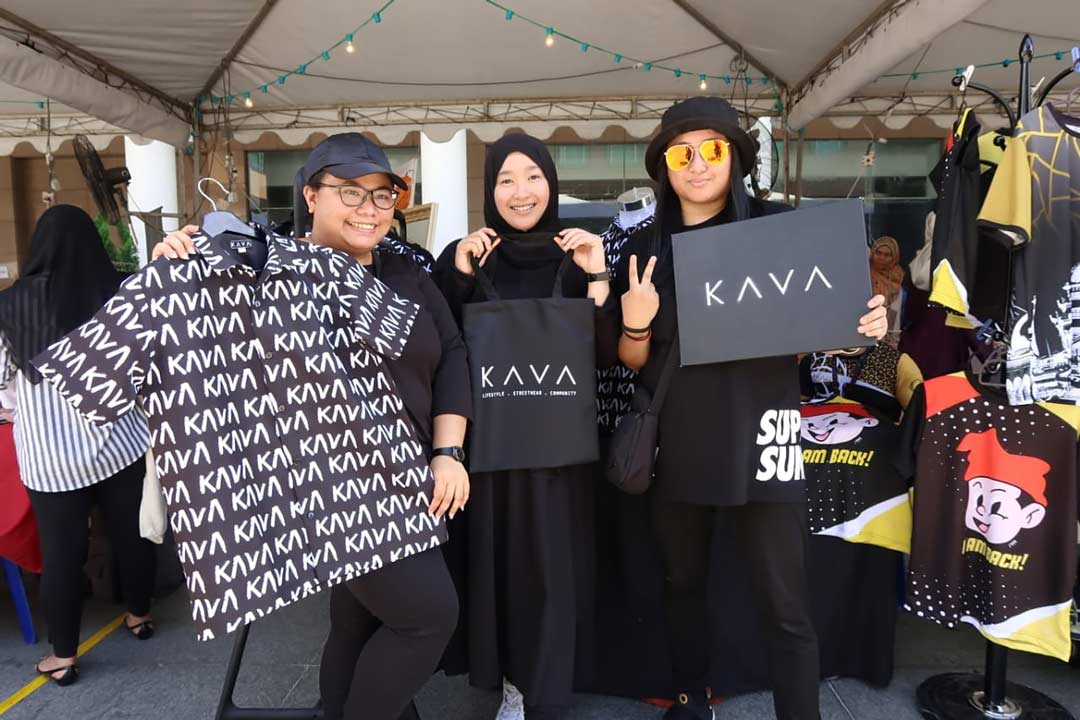 KAVA has represented Brunei in the regional fashion industry, with a spot on the KL Fashion Week runway sponsored by AirAsia Sdn Bhd twice, in 2017 and 2018. The brand was also recognised by the ASEAN Japan Centre for ASEAN Design Selection-Promotion Trade in Creative Industry. With these achievements, it’s proof that young people are able, and capable, and possess the drive to reach for their visions.

They’re proof that young people aren’t afraid to push forward, to make the unknown familiar, and make the necessary sacrifices for their dreams.

National swimmer Muis Ahmad is no stranger to sacrifices, either. 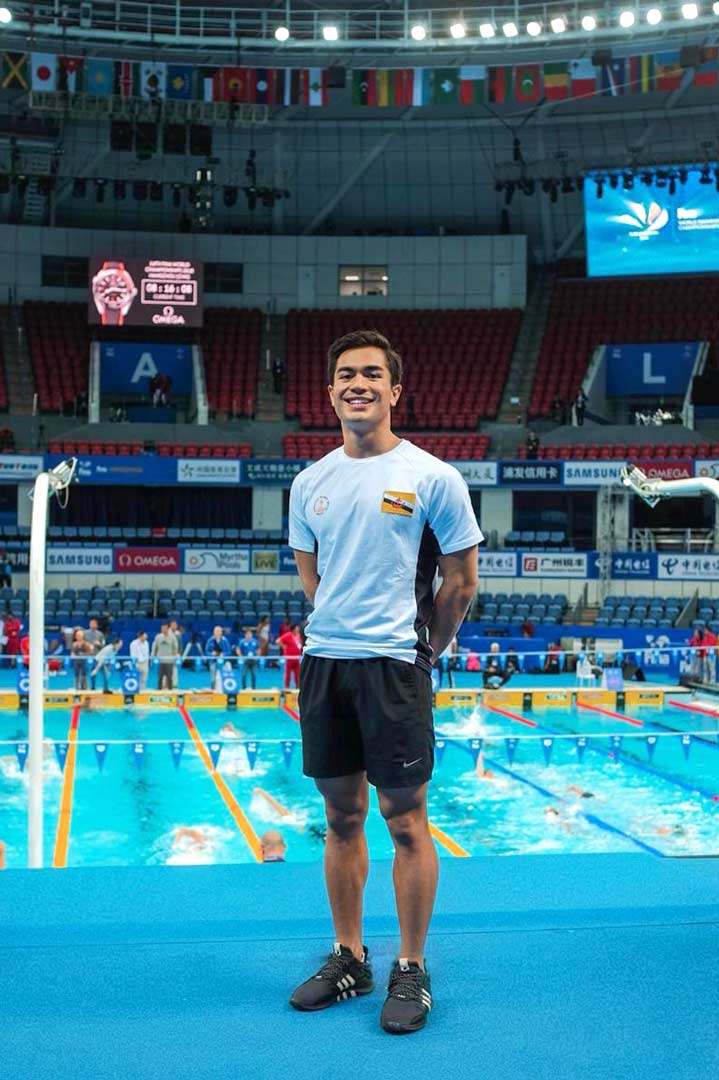 “Swimming is a really demanding sport — I have 10 training sessions a week, and it can go up to 3 hours per session. I’m also taking my third year off from university to focus on swimming,” he said.

Muis also shared the difficulties of having to sacrifice time with friends, family and his personal interests in order to reach his goal. “But at the end of the day, sacrifice is essential to being successful.”

“I would never have thought that I would one day be one of Brunei’s fastest swimmers when I was still wearing floaties.”

And with 4 national records under his belt and having represented Brunei in numerous international competitions, there’s definitely truth in his words.

A capacity for hope

But personally, I believe that one of the core elements that make up a young person, is their profound capacity for hope. Hope for themselves, their peers — hope for the nation they call home.

“I hope to see a generation of youth that are able to pursue their passion and dreams, without the fear of being labelled as ‘useless’, ‘a waste of time’ and ‘unprofessional’.” — Hal

“I hope that Bruneians can fully support our athletes, and understand that we work hard and tirelessly to be great representatives of our country.” — Danish

“I’d love to see more quality, reasonable and close to the international standard of financial support from Brunei for those of us in the creative field.” — HASH

“We hope to see our fellow youths would be self-reliant, and responsible for the community.” — KAVA

“That young people will work together for the betterment of everyone.” — KII

“We hope to see youths get involved, and find out ways to make a difference for Brunei.” — FNDuo

International Youth Day may have passed, but to the youth reading this, you have the rest of your lives to find your voice, and grab a hold of the stars you’ve wished upon — and make them your own.

You have what it takes, young people. Now it’s time to start turning your dreams into reality.

We’d love to know your thoughts

What do you think young people can do to turn their hobbies into a fulfilling career path? Let us know in the comments below, or reach us at our social media – Facebook or Instagram.