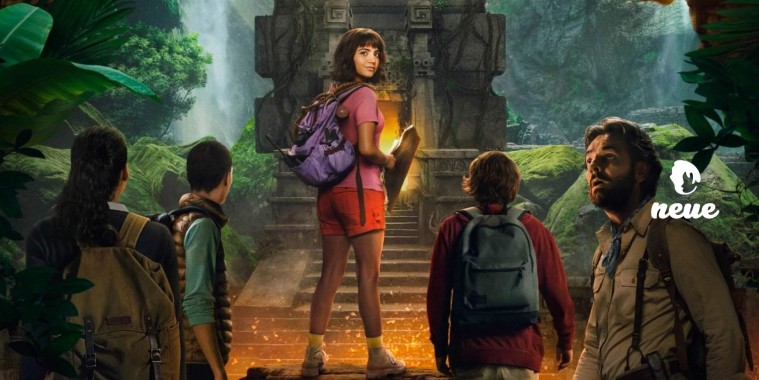 (This article is SAFE to read! There are NO major spoilers ahead!)

A few weeks ago, when I asked if any of my (grown) colleagues in Brunei were going to catch the “Dora and the Lost City of Gold” movie, they just gave me a look of disgust.

And so in the interest of following social cues, I agreed with them.

“You’re right! Who on earth would enjoy watching a movie about THAT cartoon show?” I answered nervously.

I recently spent a few days in the Philippines. And I’m NOT ASHAMED to admit that I watched the live-action Dora movie (behind my colleagues’ back) during a visit to Bonifacio Global City (BGC), a hip and trendy lifestyle district in Metro Manila.

So why did I watch it?

Well, it’s because it was THE ONLY MOVIE available in 4DX at the Central Square in BGC. (4DX is an immersive cinematic experience that makes you feel as if you’re IN THE MOVIE with scents, wind and moving seats.)

Confession time: I’ll watch ANY movie as long as it is available in 4DX in cinemas.

The last 4DX movie that I watched TWICE was “Pirates of the Caribbean: Dead Men Tell No Tales” at Paragon Cineplex two years ago during a trip to Bangkok, Thailand.

I was “stabbed” multiple times in the back while watching that swashbuckling movie. And I enjoyed every minute of it! (My girlfriend, on the other hand, found the stabbings annoying!)

Fast forward to 2019, here we were again watching a 4DX movie in the Philippines.

“I’ll give this movie a chance. After all, it’s an adventure movie!” she said. (Check out the trailer below!)

As the opening credits of “Dora and the Lost City of Gold” rolled, I could almost smell the jungle mist as the seats moved in unison to the upbeat tune of this family-fun movie.

What’s so surprising about this movie?

Well, my girlfriend – the very same person who DID NOT ENJOY watching “Pirates of the Caribbean” in 4DX back in Bangkok – found Dora the movie PLEASANT and FUN!

Admittedly, both my girlfriend and I are not huge fans of the Nickelodeon’s cartoon series, “Dora the Explorer”.

So we both walked into the movie theatre with no expectations whatsoever.

To be honest, we both did not know what to expect with a Nickelodeon cartoon turned into a live-action movie.

Actress Isabela Moner did a fantastic job playing her role as an ADORABLE and WAY-TOO-CHEERFUL Dora.

One of my favourite scenes was when Dora looked straight into the camera and talks as if she was addressing an audience full of children. Dora’s parents looked at her oddly as if their daughter had gone bonkers.

My girlfriend and I thoroughly enjoyed this kind of (lame) humour. And we are both adults.

So imagine how much more fun it would be for the kids!

That said, I strongly recommend families and adults (who are still young at heart) to catch this movie in theatres.

The movie is filled with positive messages and inspiration guaranteed to brighten anyone’s day.

In an interview with ScreenRant, Eva Longoria and Michael Pena, who portray Dora’s parents in the movie, were asked: “What are you hoping young kids and even adults can take away from this film?”

Longoria, who is most well-known for her role as ‘Gabrielle’ from the 2004-2012 ‘Desperate Housewives’ TV show, said: “There are so many messages the movie gives, but I love that Dora represents endless optimism and endless positivity. And I think we lack that. We’re such cynics now, and we kind of doubt everything.”

Pena, on the other hand, said the Dora movie carries a positive message of why it’s important for one to stay true to themselves. “Be who you are,” he said.

Tell us what you think

What are your thoughts about the character ‘Dora’?

Are you a fan of the cartoon series? Did you enjoy watching the live-action movie?

What other movies are you looking forward to?

Tell us in the comments below or reach out to Neue’s social media channels – Facebook or Instagram.

To check out what other movies to look out for this August, click here to read Neue’s past article – “Must-Watch Movies This August”.

Win tickets to see Dora at One Cineplex

Our friends over at One Cineplex have generously sponsored a pair of tickets for a screening of “Dora and the Lost City of Gold” this Sunday (August 25).

So be sure to follow @whatsneue and tag a friend in the comments section for a chance to win these tickets.

The name of the winner will be announced on Friday (August 23).