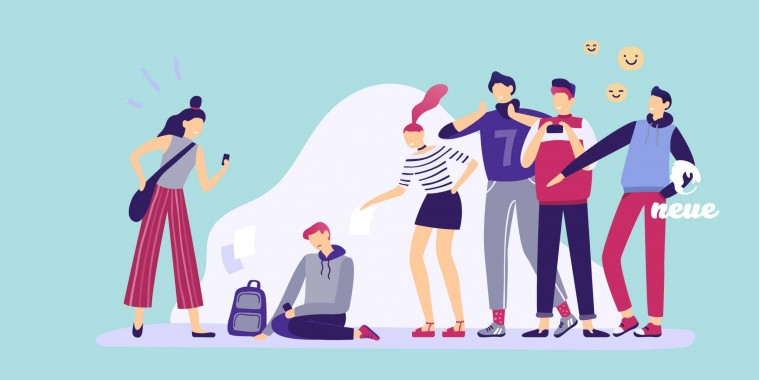 Stand Up And Say No To Bullying

I remember being a primary school student in the 1990s who didn’t do anything to help a classmate who was being bullied in a school in Brunei.

Not only was she called names by a group of so-called “cool kids” during classes, she was also subjected to physical abuse during recess.

I bet most of you are saying: “Well, why didn’t she alert teachers that she was being bullied?”

And there we go again, blaming the victim instead of the bullies.

Don’t feel bad if you are because more often than not, people will be psychologically hardwired to blame the victim.

Many years have passed, and to this day, I still feel guilty for not doing anything back then to aid my bullied classmate. So don’t be like me. Make sure you do something!

Remember, whenever you see bullying but don’t do anything, you are really doing something … you are further hurting the victim!

You are indirectly telling the victim that he/she is not worth your time or effort.

You may be telling the victim that he/she deserves the abuse.

And worst still, you are empowering the bully. 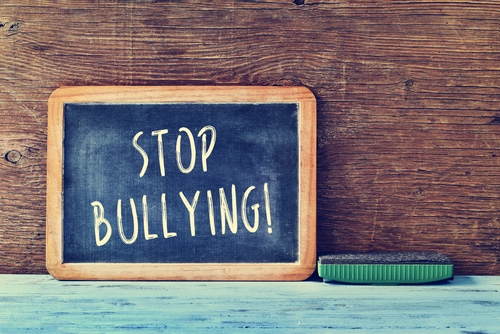 A bully victim speaks out

A youth who’s now in her early 20s, who requested that her name be changed to ‘Angela’, told Neue: “Speaking as someone who was bullied in school for years, I can tell you that it’s hard for victims to voice out for help, especially when their bullies are capable of manipulating the situation.”

According to her, bullying is a childish act of showing dominance and superiority in whatever form it may be.

“Bullies come in all shapes and sizes,” she said, adding that even those who are intelligent and quiet may be bullies themselves.

“I admit that I was somewhat of a ‘oddball’ in my younger years. I couldn’t fit in with everyone. You had all sorts of cliques in school – smart students, popular students and even jocks. I would imagine that there were more social circles, but I just didn’t fit in.

“And so, to survive, I had to follow certain social trends just to have ‘friends’. I was often bossed around by these people. I was bullied both mentally and emotionally.”

Angela told Neue that she even had teachers who would tell her that she “needed help”.

“My teachers would often tell my parents this at parent-teacher meetings. And as expected, I got quite an earful when I got home. I was not given the chance to explain my side of the story – where I was, in fact, being badly bullied in school,” she said.

When asked what her hope was for the youths of today, Angela said: “I pray for a better and more compassionate environment for them to grow up in. After all, our students are the next leaders of the world.”

Say no to bullying

“Our children need to know that they have the right to stand up and say no to bullying,” said a representative from the Mental Health Strategy in the Health Promotion Centre, Ministry of Health. “We want them to feel safe in their schools and even outside their school environment, so they can thrive and grow positively.”

A #BruneiBebasBuli (Bully-Free Brunei) Walk will be held in the capital on September 1, 2019 in a bid to raise awareness on the school-based initiative. For more information, visit @bruneibebasbuli on Instagram or click here to visit Aewon’s website.

Have you been a victim of bullying? Were you once a bully yourself?

Tell us in the comments below or reach out to Neue on social media –  Facebook or Instagram.

And while you’re here, do check out some of our past articles –  “Bullying: What Can You Do?”, “Feeling Suicidal In Brunei?” & “Domestic Violence: When Home Isn’t Sweet Home Anymore”.