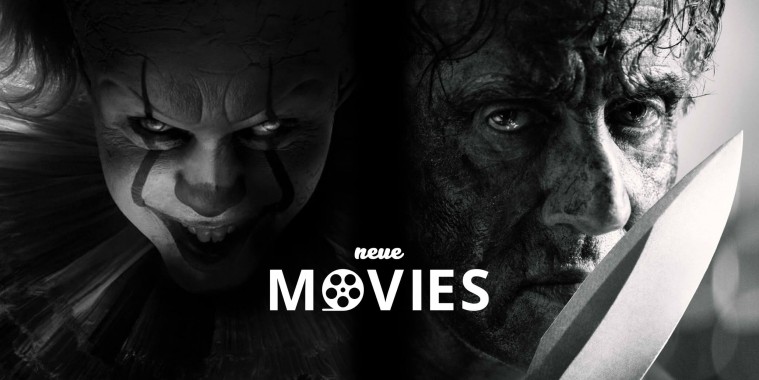 September Flicks That Don’t Clown Around

September 2019 is packed with movies that certainly don’t clown around. Let’s take a quick look at some movies that I believe are worthy of attention.

If you see a red balloon floating aimlessly around, chances are that Pennywise may be just around the corner!

A horror movie not to be missed this month is “It Chapter 2”, which tells the story of the evil clown returning 27 years later to terrorise the town Derry, Maine, once again.

Now adults, the childhood friends – who were once part of the Losers’ Club – have long since gone their separate ways.

But when people start disappearing, Mike Hanlon calls the others home for one final stand.

Damaged by scars from the past, the united Losers must conquer their deepest fears to destroy the shape-shifting Pennywise – now more powerful than ever.

Be sure to catch this movie in cinemas while you still can!

Who knows, perhaps watching this movie may be just what you need to get over your irrational fear of clowns …  (says no one ever!)

Asian horror films are known for their unconventional and disturbing storylines. And ‘Dendam Pontianak’ (Revenge Of The Pontianak, in English) is no exception!

A village in 1965 serves as the backdrop to this Malay movie about a supernatural entity known as a Pontianak, a vampiric ghost which women who die during childbirth are believed to return from the dead as.

Khairul and Siti, with help from their fellow villagers, are in the midst of preparing for their wedding when a Pontianak begins terrorising the village, bringing with it a string of supernatural happenings and horrific deaths.

Following these events, Khairul is forced to confess about the murder of a girl he impregnated a few years prior, who might have now returned as a Pontianak and is seeking revenge. He then rallies the men in the village and together they set out into the jungle to hunt down the Pontianak.

Do you know some friends who would scream at the slightest ‘surprise’?

If so, be sure to bring them along for this scream fest!

Whenever I come across the name ‘Rambo’, I immediately picture a soldier with a red bandana shooting a massive machine gun.

There’s no doubt about it: Rambo was a big hit. The movie debuted in 1982, followed by another two sequels in 1985 and 1988. After that, the film took a gap of almost 10 years and released the fourth movie of the franchise in 2008.

And I was surprised to still see Rambo relevant in this day and age. (It is, after all, 2019!)

Almost four decades after he drew first blood, Sylvester Stallone is set to return as one of the greatest action heroes of all time, John Rambo.

Now, Rambo must confront his past and unearth his ruthless combat skills to exact revenge in a final mission.

A deadly journey of vengeance, ‘Rambo: Last Blood’ marks the last chapter of the legendary series.

To infinity and beyond! No, this isn’t another Toy Story movie … but rather ‘Ad Astra’ is an upcoming sci-fi movie starring one of Hollywood’s brightest stars, Brad Pitt, who plays an astronaut named ‘Roy McBride, who crash-lands back to Earth in a malfunctioning spacecraft.

But rather than take a break from space travel, McBride is ordered to ascend to the heavens once again, on a mission to the edges of the Solar System to find his missing father and unravel a mystery that threatens the survival of humanity on Earth.

That’s because nearly 20 years before the film’s events, McBride’s scientist father Clifford disappeared during a mission to search for advanced extraterrestrial life, called the Lima Project.

Clifford is believed to have gone rogue, and had been experimenting with highly classified materials at the time of his disappearance.

If theories are to be believed, his unapproved research could mean all life will be destroyed.

According to the film’s synopsis, Roy’s journey “will uncover secrets that challenge the nature of human existence and its place in the cosmos”.

If you’re a sci-fi buff, you should definitely check out this movie that’s directed by James Gray, who’s best known for indies like ‘The Immigrant’ and ‘Two Lovers’.

These are the four movies that I’m most excited for the month of September.

What about you? Do you think there are any other movies that deserve to be highlighted?

If so, tell us in the comments below or reach out to Neue via Facebook or Instagram.

Win tickets to see ‘It’ at One Cineplex

Our friends over at One Cineplex have generously sponsored a pair of tickets for a screening of “It Chapter 2” this Sunday (September 15).

So be sure to follow @whatsneue and tag a friend you’d like to bring along in the social media post promoting this article for a chance to win these tickets.

The name of the winner will be announced on Saturday (September 14).