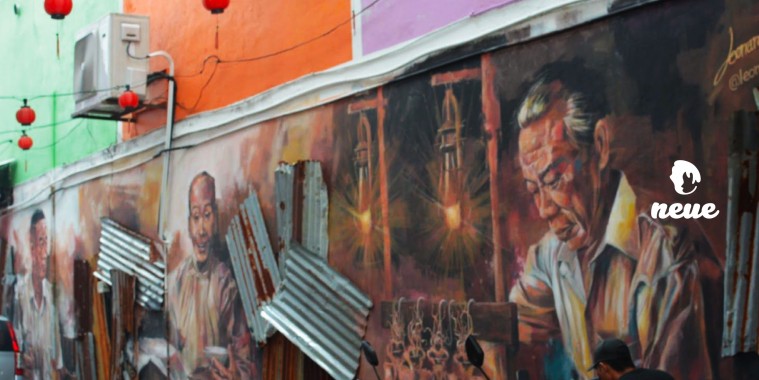 When one thinks of Kuching, Sarawak, its local food undoubtedly comes to mind first — from the well-loved Kuching laksa to sweet desserts like the famous kek lapis, there’s definitely something for anyone’s appetite in this city!

But if you would look up from your delicious bowl of kolomee, or take a wrong turn during your food tour along Carpenter Street, you might happen to chance upon one of the many murals that make up part of Kuching’s street art.

Found along the walls of old Chinese shophouses and multiple other parts of the city, it’s difficult to miss them once you’re paying attention to these incredible artworks. The street art scene was mostly punctuated by the numerous cat sculptures around the city, but it was only in recent years that the walls of Kuching began to be adorned by the vibrant street murals, especially around the Waterfront and central areas.

How did it begin?

In 2015, the Kuching North City Commission (DBKU) initiated a street art programme, where local artists, schoolchildren and university students showcased their skills through the street art and mural paintings in the city.

An art project under the Old Kuching Smart Heritage (OKSHE) programme was also aimed at continuing the initiative, as well as maintaining Sarawak’s cultural heritage. And the street art in Kuching truly tells the story of what this city encompasses — from its people and history, the abundance of nature as well as the unique culture and traditions that can be found here.

Stories told by the murals

For example, the portrait painting that runs across the wall of the building behind Plaza Merdeka is dedicated to the two pioneering textile traders in India Street, Wee Aik Oh and Sayed Ahmad. The artwork, done by local mural artist Leonard Siaw and known as ‘The Early Mercers”, depicted their lives when they began their textile businesses way back in the 1930s.

While Sabah possesses the largest population of orangutans, Sarawak also has several dedicated sanctuaries for these fascinating animals, like the Batang Ai National Park.

But one doesn’t have to leave the city to catch sight of them — not murals of them, at least.

Along Jalan Power, two interactive murals can be found right beside the street: a wheelbarrow full of orangutans, and a young orangutan dangling from a gutter pipe, sipping from a cup of kopi-o-peng, of all things. And if the style of the artwork seems familiar, it’s probably because it’s the signature style of Ernest Zacharevic, who was behind the famous street art murals of Georgetown, Penang. 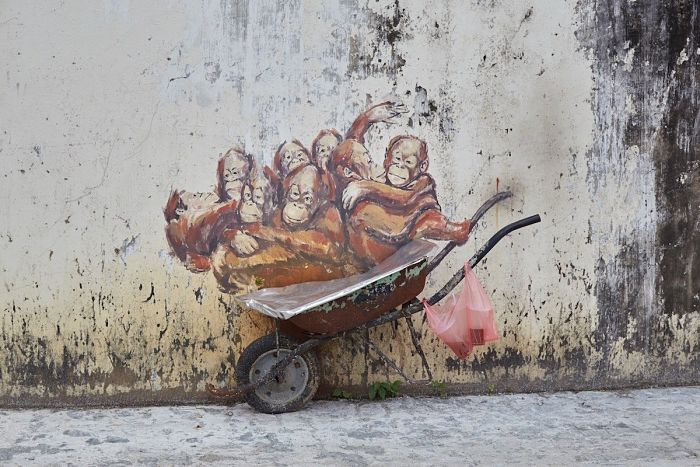 A few steps away from the orangutan murals, a collection of artworks done by the students of UiTM Kota Samarahan campus can be found on the stretch of wall along the run-down corner of Electra House, depicting the scenes of the city 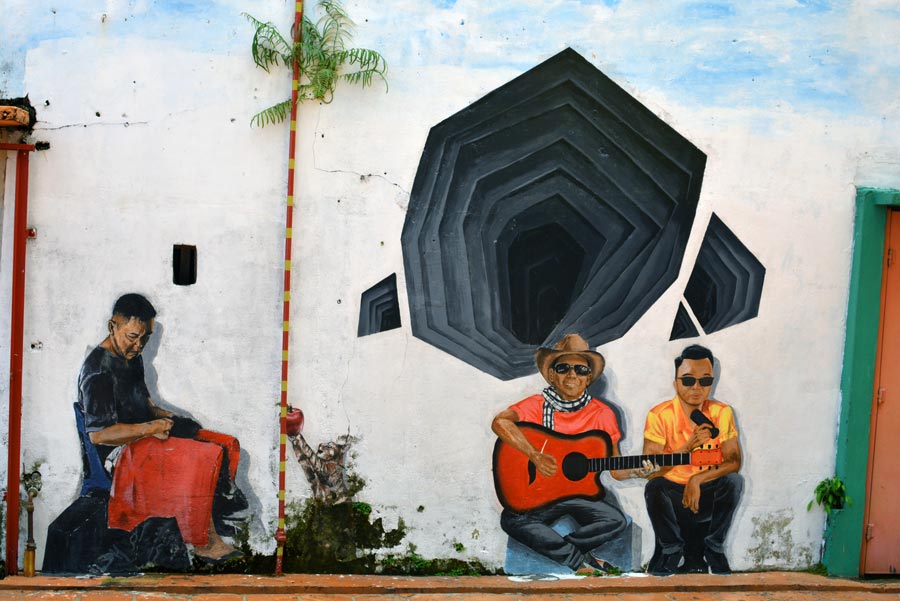 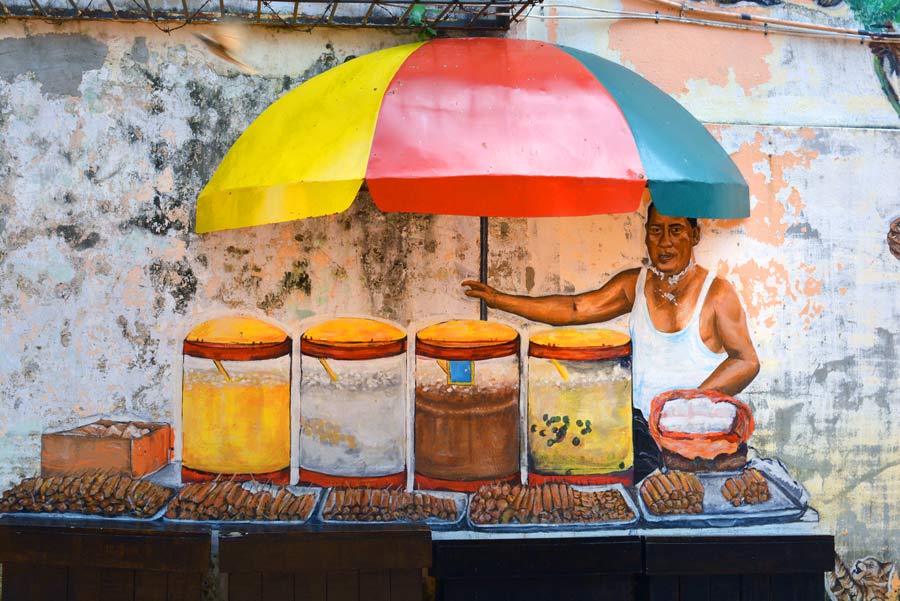 Another noteworthy collection in Kuching’s street art is the #tanahairku works, with the first one consisting of a hornbill with the word ‘harmony’ under it, surrounded by the state flower of Sarawak, the bunga raya, titled ‘Harmony’, of course.

The second mural is known as ‘Menua Kitai’ and depicts children from the various ethnic groups of Sarawak.

Finally, the last mural is that of the leaping cat — a homage to the city’s name. Its hind legs are that of a clouded leopard, native to Borneo, and several details in the mural also represent the distinct ethnic groups in Sarawak. 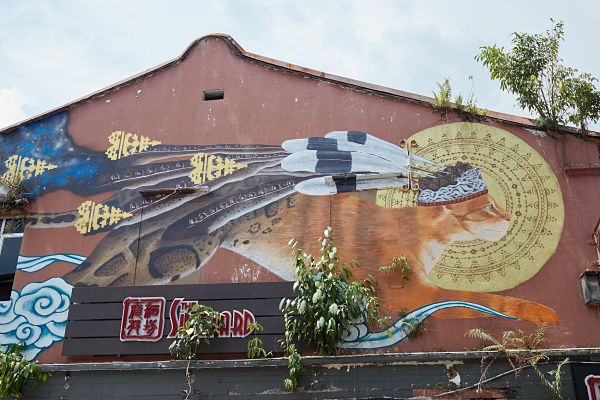 The significance of street art

There’s more to street art than a splash of paint on urban walls; there’s a sense of freedom and community all in one when a piece of art that unapologetically portrays the local identity catches your eye.

There’s nothing like seeing a city come to life with how much character street art imbues into the place, thanks to its vibrancy and beauty.

There’s something energising about the way street art occupies an urban space, and when the city’s heritage and history is portrayed through that style of art, it feels incredibly liberating and inspiring, and if nothing else, it’ll at least make you pause for a moment from hunting down the next item on your food tour list, and take in the bright colours that make up this city of Sarawak.