Here’s Why Brunei Should Show Love For Musicals

If you’ve never been to a musical in Brunei and are curious to see what it’s all about, you should mark your calendars for September 28 & 29, 2019.

Neue was recently invited by Relentless to take a sneak peek at its upcoming musical, Hairspray, which is set to take place this weekend at the Jerudong International School (JIS) Arts Centre Theatre. 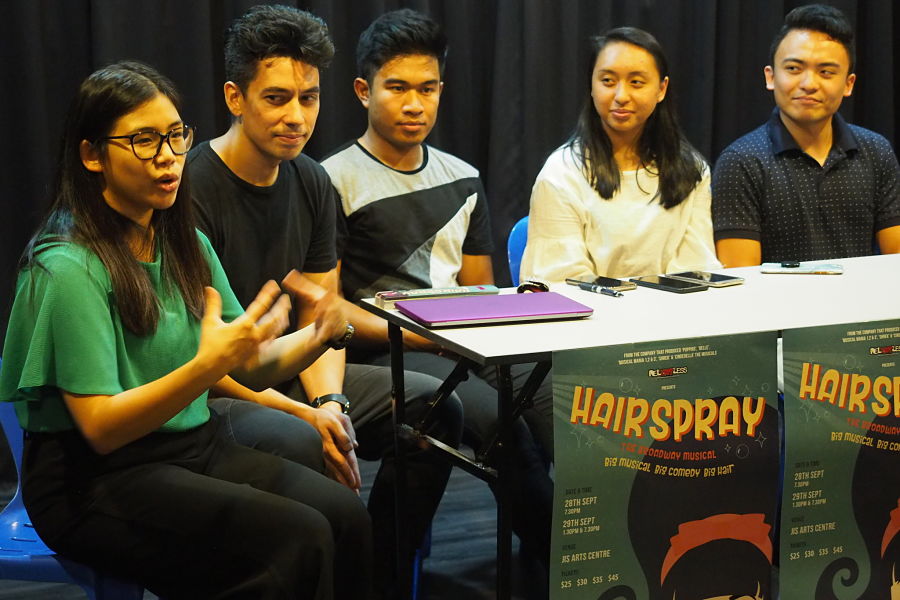 The co-founders of Relentless, Amy & Mardi, (pictured at left) hinted that the show would take audiences on “a journey of emotions”. (Photos: Lance Thoo/Neue)

And if what I saw during the press preview was any indication, this weekend’s show looks set to be a whole lot of fun and packed with really catchy singalong songs. So be sure to bring along a pair of comfy shoes in case you feel like dancing!

Oh! And be sure to bring a box of tissues too, as the co-founders of Relentless (Amy & Mardi) hinted that the show would take audiences on “a journey of emotions”.

“Hairspray is a feel good musical! We chose Hairspray because it has some amazing songs but most importantly, the musical carries the beautiful message of acceptance and progress,” they said. 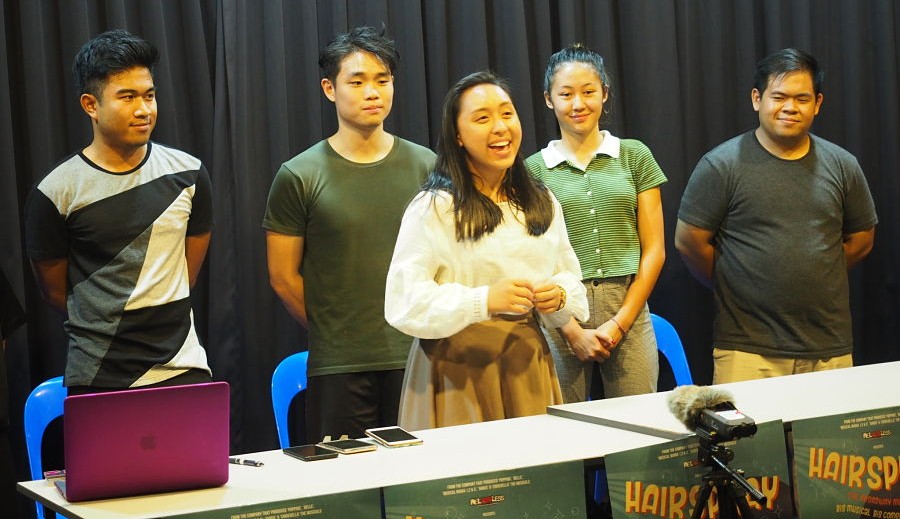 “The bright, energetic story of Tracy Turnblad teaches us all to look past our differences and fight for every human being’s equal rights. If you know the musical, you’d know that it’s plot focuses on race, however, our version will focus on differences in social classes.” 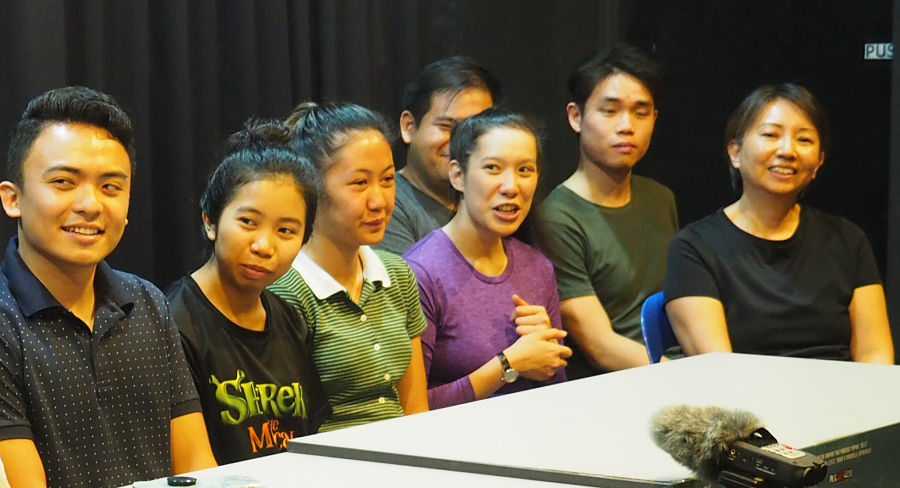 Around 40 cast members will be involved in the musical – the youngest being 13 years old, while the “youngest at heart” is 52. Pictured at right is Pauline Chan who proclaimed to Neue that she’s the oldest cast member for this musical production. She’ll be portraying the character ‘Prudy Pingleton’.

Age Is But A Number

“No matter the age, one should should always continue to learn new things and try new experiences,” said Pauline Chan, who proudly proclaimed to Neue that she’s the oldest cast member of Relentless’ upcoming musical, ‘Hairspray’. She’ll be portraying the character ‘Prudy Pingleton’.

What’s interesting to note is that this will be the third time she’ll be playing a “mother” role in Relentless’ musicals – she was the fairy godmother in ‘Shrek’ (2017)  and the wicked stepmother in ‘Cinderella’ (2018).

“I guess you could say that I represent the older folks,” she said with a smile.

Going Back On Stage

During her secondary school years in Singapore back in the 80s, Pauline was once the head of a drama society.

“I wrote plays, produced, acted and even did mimes,” she said. “However, after secondary school, I did not have the opportunity to return to the stage since 1984 (35 years ago) because I was so busy with my studies.”

It’s interesting to note that it was Brunei’s growing musical scene that pulled Pauline back to the stage.

She expressed her gratitude to Relentless for giving her first stage opportunity in Brunei.

“I first met Amy & Mardi 2 years ago and they invited me to try out for an audition for one of Relentless’ musicals,” Pauline said, adding that their musicals are huge colourful spectacles that are carefully choreographed in every aspect, from background sets and costumes, to the actors’ delivery of lines and facial expressions.

“Musicals allow us to get sucked in a new world unlike any other, changing our perceptions to make something new,” said one of Neue’s friends, Bash Harry. “I think when people say that musicals are lame, they’ve never really found themselves too invested.”

“For those who look down on musicals, I would imagine that they do not know just how much hard work and time is put in by all those involved,” said Liyana Hanif.

“It takes a lot of courage to perform on stage,” she added.

She said: “Through my involvement with Relentless’ musicals, I learnt a lot about the production of a musical and the processes and details by just being in it.

“If you are on the outside, you’ll never know how much work, planning and dedication goes into a production like this.

“Amy and Mardi know how to put on a good show and I am constantly learning something new and wonderful by being a part of their musical.

“It’s a very happy and positive environment and I always have tremendous fun with my younger cast mates.”

There’s still time to get tickets!

I took what Pauline said earlier to heart – “No matter the age, one should should always continue to learn new things and try new experiences.”

And in that spirit, I convinced my girlfriend to join me in supporting the upcoming ‘Hairspray’ musical this weekend.

We here at Neue would love to hear your stories.

Are you involved in the musical scene in Brunei?

Have you attended any musicals before?