Job Sharing: Would It Work For Your Business?

Lydia Leipert and Rebecca Zoeller share a job at a Bavarian broadcaster and now, they are nicknamed “Lydecca” by their colleagues, a portmanteau of the two women’s first names. 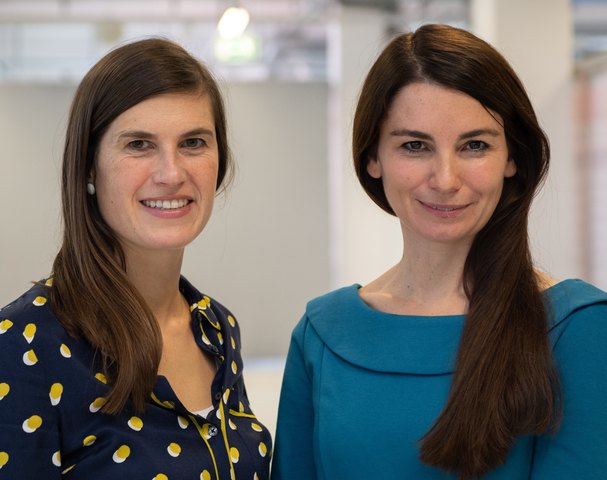 Known to many colleagues as Lydecca, Lydia Leipert (l) and Rebecca Zoeller have split one position at a broadcaster between them. (Photos: dpa)

Leipert and Zoeller coordinate the digital film department at Bavaria’s public television channel. Sharing the job works for both of them, as each has young children at home.

The two women have known each other for years, and when Leipert returned from maternity leave, Zoeller offered her friend half of the post she held in the digital department.

Job sharing can work well, Leipert and Zoeller agree, but they underline it’s important to make it clear to the boss that two people working one position will cost more. On the upside, “the employer gets more than 100 per cent, too,” Leipert says.

Another strong argument is that someone is always available, as job sharers can cover each other’s holidays.

Other job sharers have found additional benefits. “If two people work together, they can be each other’s coach,” says Carola Garbe, who works together with Catherine-Marie Koffnit at Deutsche Bahn, Germany’s state-owned rail service.

A first step is to make a plan and decide who to approach with the idea, and how job sharing might work in practice.

Leipert and Zoeller share out the days of the week between themselves and make sure there is a day in the week where both come to work to hand over tasks and catch up. Each works an average of 12 days every month. One or the other works until 2 pm every day, and is on call after that. The department doesn’t usually plan meetings after 4 pm as the two are usually picking up their children from school. 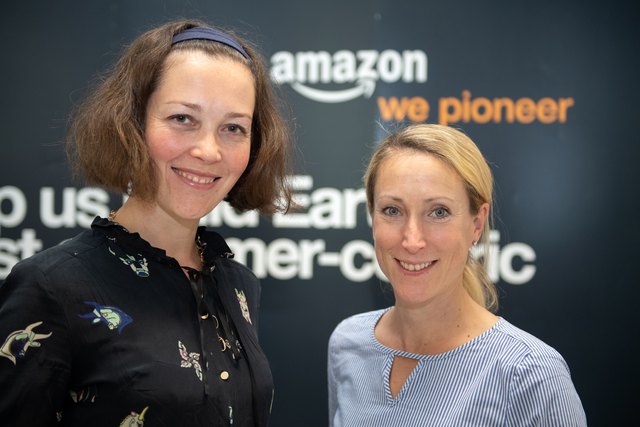 Bianca Ebermayer (Left) and Eva Elsner each have a 75-per-cent position at Amazon – and a total of six teams under them.

Bianca Ebermayer and Eva Elsner have set up a similar model. Both are managers at Amazon, leading six teams. Ebermayer and Elsner each work 30 hours a week, each working three-quarters of a post.

Both managers come to work five days a week, but some of those days are short and others are longer. Ebermayer and Elsner work out together when one or the other will work from home, and say they overlap at the office for about 60 per cent of the time.

Job sharing is an option for many, whether for family reasons or just to get more free time. Carola Garbe, 56, decided that she didn’t want to work around the clock any more. Rather than taking a step down in career terms with a less demanding post, she looked for someone to share her job. 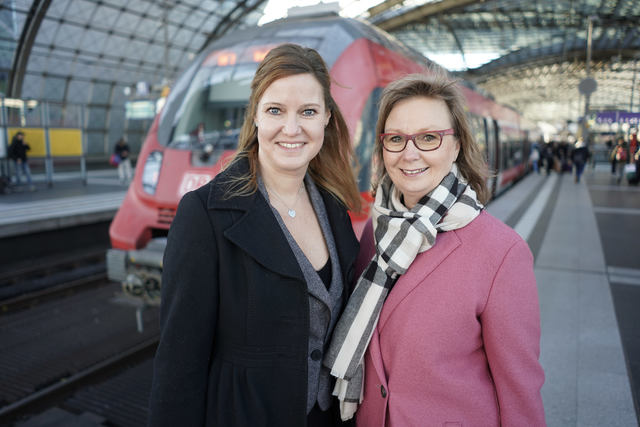 Catherine-Marie Koffnit (Left) and Carola Garbe are a joint management duo at the Deutsche Bahn rail service in Germany.

Now, she and her colleague Catherine-Marie Koffnit share a post at the German rail service. Each works four days in a row, and both come to work every Monday to update one another.

Jobsharing can have its drawbacks too. If others in the office want something and they fear one colleague won’t allow it, they ask the other, a bit like when children say, “Dad said I could.”

Job sharers need to support one another and trust is important. Ebermayer said she and her partner agreed they would back each other’s decisions.

Finding the right partner to share with is critical if that trust is to be established. But basically, anyone can share a job, Garbe says. “What’s important is that people are able to let go.” That isn’t easy for everyone, she says.

Elsner, who shares a post at Amazon, says what works well for her and her partner is that both have the same mentality. “You don’t have to be friends but it helps if you both tick the same way,” she says.

What matters perhaps most is that each job sharer understands the other’s personal situation, and whether they need time for their children, caring for elderly relatives or for their hobbies. (dpa)

We here at Neue value what you think about this story. Do you think think job sharing will work for you? If so, do get in touch with Neue via WhatsApp or e-mail.