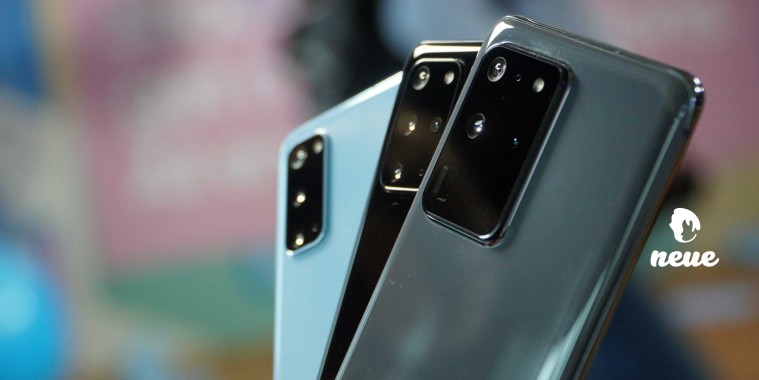 Galaxy S20: Everything You Need To Know

Samsung’s new Galaxy S20 Ultra is a smartphone of superlatives. The camera sensor has a resolution of 108 megapixels, the front is made up almost entirely of screen and the zoom goes up to a mind-blowing 100x. 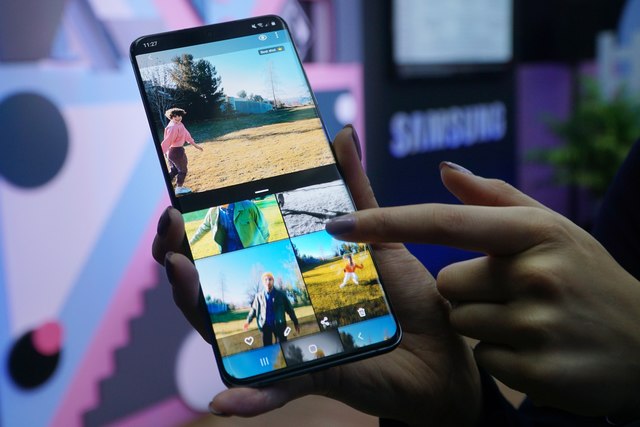 A wide angle, an ultra wide angle and a depth sensor. And then there’s the periscope telecamera, mounted at the bottom of the Galaxy S20 Ultra camera array. (Photos: dpa)

But that’s just the top model, and it comes with a painful price tag to match.

Here are the big details on the latest Galaxy generation, from the complex camera setup to the many variants.

Unveiled in San Francisco earlier this week, the new Galaxy series is split across three phones, the medium and large-sized S20 and S20+, as well as a tricked-out S20 Ultra.

Breaking with its naming tradition, Samsung has decided to skip a few numbers and call the S10 successor series the S20 – matching it up with the year in which it was released.

Visually, the S20, S20+ and S20 Ultra look like a combination of the S10 predecessor and the Note 10. There’s a glass front and back with a metal frame and barely noticeable edges around a 6.2-inch, 6.7-inch or 6.9-inch display.

While the selfie camera returns in a small hole at the top of the screen, the new OLED displays are set to be buttery smooth thanks to the 120-Hertz refresh rate.

On the inside, the new Galaxy will get you at least 128 GB of storage space and up to 512 GB. There’s also between 8 and 16 GB RAM, which should come in handy when processing 8K videos.

Giant sensor and up to 100x zoom

One highlight of the camera array is the special design of the telephoto lens, constructed a bit like a periscope: A prism directs the light to a 48-megapixel sensor through angled lenses.

This is what enables Samsung to fit a 10x optical zoom into the camera module.

With this, Samsung is doubling up on Huawei’s 50x zoom on the P30 Pro, which was already able to pick out people from streets away.

While this level of digital zoom would normally be a blur of pixels, the extremely high resolution of the Ultra’s 108-MP main shooter should help improve the quality.

The main sensor may be capable of 108 megapixels, but this is more of a theoretical number, as finished images have a resolution of 12 megapixels.

And yet all those extra pixels don’t go to waste. Samsung says the S20 Ultra combines information from nine pixels into one to make images sharper, while keeping the image size low.

The top feature of the Samsung Galaxy S20 Ultra: A camera with a 100x zoom.

There’s an interesting new camera function called Single Take, where the phone will trigger all camera lenses and let you pick the best photo.

Here the S20 uses software to automatically determine the kind of scene and apply appropriate filters before giving you several suggested versions of the photo from which you can choose.

Samsung says it’s also improved night mode and time-lapse photos and that you can now take a still image while filming in 8K resolution. 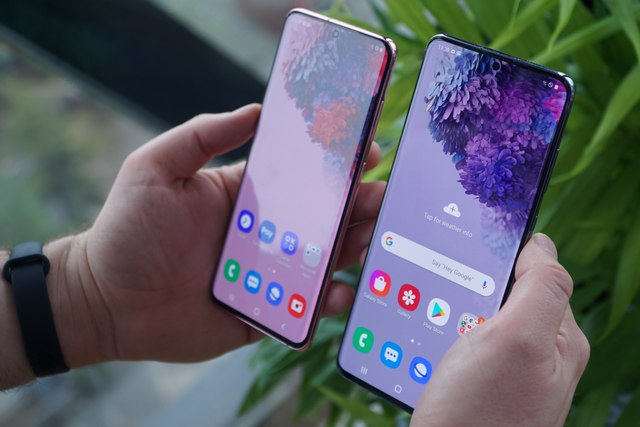 The Samsung Galaxy S20 (left) and S20+ (right) deliver a maximum 30x zoom, but are otherwise quite similar to the S20 Ultra in terms of specs.

Although there was already a 5G edition of the Galaxy S10, Samsung is promoting its S20 as the first mainstream 5G device, offered on all three S20 models.

Up to 20 per cent of devices sold this year will be 5G-ready, Samsung estimates. The South Korean brand is hoping this will bring noticeable advantages to users, especially when sharing videos and gaming online without latency.

But in practice, this all depends on how quickly governments and network providers around the world can implement nationwide 5G networks.

The S20 models also bring one new feature to the Android universe: fast wireless exchange of files. This has long been cumbersome on Android phones, but S20 phones are now set to catch up with the iPhone here.

Samsung users will be able to rapidly send files to smartphones or other compatible devices in the vicinity. Called Quick Share, Samsung’s counterpart to Apple’s Airdrop will also let you send to several devices simultaneously.

The new Galaxy series is split across three phones, the usual medium and large-sized S20 and S20+, as well as a tricked-out S20 Ultra.

Pricier than an iPhone

As to be expected, the latest Samsung flagships come at eyebrow-raising prices: The cheapest version costs around 900 euros in Europe. If you want the 100x zoom and 5G internet, you’ll need to spend at least 1,300 euros on the S20 Ultra.

This places Samsung above Apple’s current iPhone 11 models in terms of price, and in some cases beyond Huawei’s current top model, the Mate 30 Pro.

Unlike Apple’s iPhone however, Samsung’s prices tend to fall more quickly over time, meaning that the street price should settle at a much lower level after a few weeks.

Based on experience with the previous models, the price comparison websites expect prices to drop by about a quarter from on Samsung’s recommended price. (dpa)

A wide angle, an ultra wide angle and a depth sensor. And then there’s the periscope telecamera, mounted at the bottom of the Galaxy S20 Ultra camera array.

Does the increase in MEGAPIXELS mean BETTER QUALITY?

We’d love to hear from you.

100X Zoom, 108-Megapixel Sensor … that's the S20 Ultra!⁣⁣⁣ ⁣⁣⁣ Click on the link in @whatsneue bio to check out Neue's latest feature about Samsung's new flagships.⁣⁣⁣ ⁣⁣⁣ Just tell us what mobile you currently own & you will stand a chance to WIN a BRAND NEW mobile phone.⁣⁣⁣ ⁣⁣⁣ Yes, it's that easy to win!⁣⁣⁣ ⁣⁣⁣ (Terms & conditions: This lucky draw is open to ALL Brunei residents. Tag a friend and follow Neue on social media.)⁣⁣⁣ ⁣⁣⁣ #WhatsNeue #WinWithNeue #Brunei #BruneiDarussalam #Brunei_IG #Samsung #S20