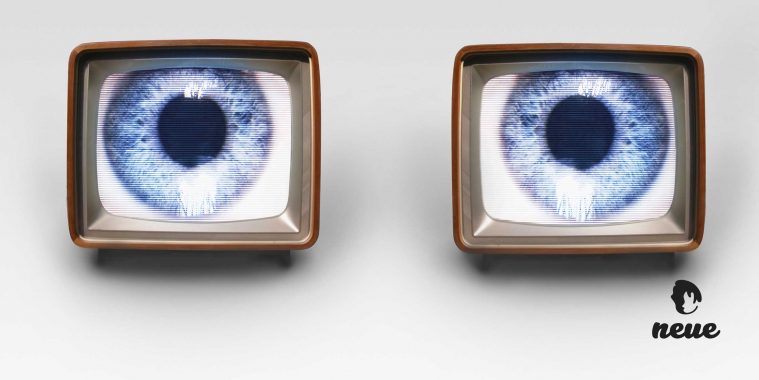 Too Much TV: Coronavirus May Push Us Over The Edge

Congratulations! You’ve decided to act like a responsible adult and stay home as much as possible in the coming days / weeks / months / years / decades / centuries / millenniums to help “flatten the curve” of the novel coronavirus COVID-19.

You’re going to have some new challenges in your life now, and one – perhaps as challenging as not touching your face or remembering to cough like a fourth-grader into your elbow – will be particularly difficult, not to say dangerous. And it’s coming from inside the house.

I speak, of course, of your television. You may already have a toxic relationship with this instrument. The low-end reckoning of how much TV the average American watches daily is still well above three hours, not counting all the other screens you obsessively and not always hygienically stick in your face. Yet the prospect of a forced staycation, and whatever additional viewing time that affords, will be for some like candy at Halloween, cookies at Christmas. And as with those treats, indulgence may take a toll.

There is nothing easier than turning to television to fill one’s time; it’s the most natural thing, like sneezing in your hand and looking quickly around to see if anyone saw before wiping your hand on your pants.

Even in normal times, we rely on TV to take the edge off, an electronic glass of wine after a hard day’s work. In most every home, it’s just there, brimming with self-medicating possibility. It requires of its users no energy, no interaction, no comment – often no thought at all – apart from working out what to watch, and there is a rapidly growing number of quarantine-inspired articles for that. (Not to mention the peer-to-peer recommendation engine that is Twitter, et al.) This department has many such features coming, I assure you. 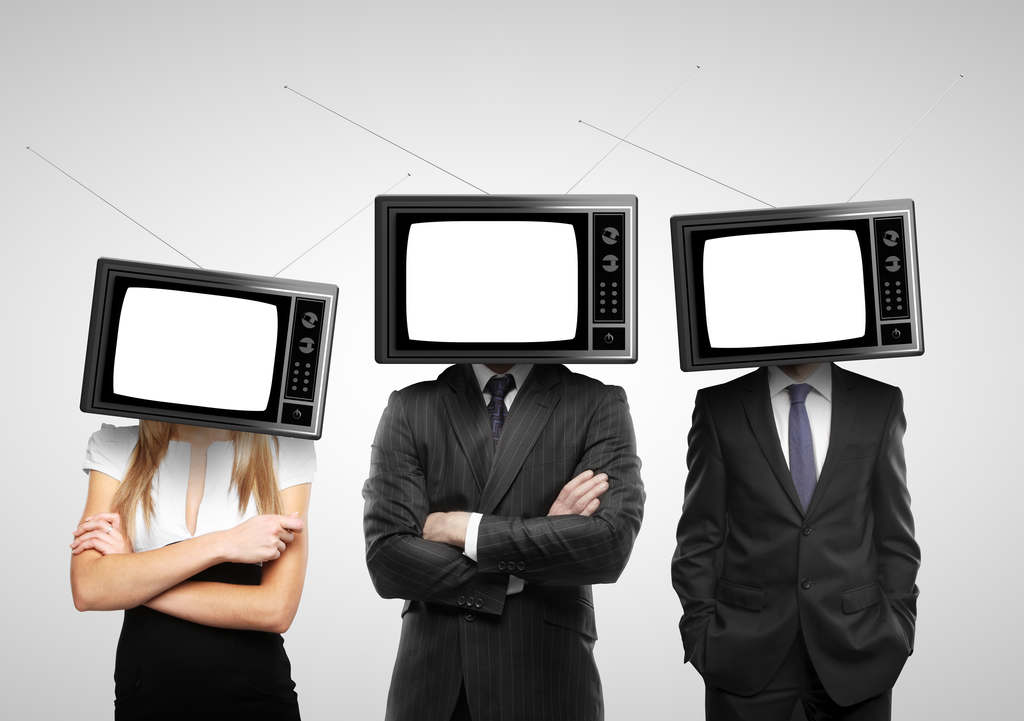 For whatever combination of cultural, economic and psychological causes, television is a growth industry, and an overgrown one, and it’s a good to have something to guide one through the thicket. At the same time, it may be less good, because you may already be watching too much television. The last thing you need is encouragement to watch more. I have been meaning to say something about this for a while, and there may be no better time to have this conversation.

Somehow, as regards television, the verb “to binge” has acquired positive connotations that apply nowhere else. Binge eating, binge drinking – those things are bad for you. (“Binge,” according to Merriam-Webster: “a drunken revel; an unrestrained and often excessive indulgence; an act of excessive or compulsive consumption.” It’s not good!) Like other reckless or addictive behaviours, it can lead to self-recrimination and depression, which you may be tempted to quiet by watching more television. And there is a big business, called show, dedicated to keeping you in the cycle, a squirrel in a wheel.

This may seem like an opportunity to catch up with a medium you have been repeatedly told, for a decade at least, is better than ever, and indeed, better than anything ever. 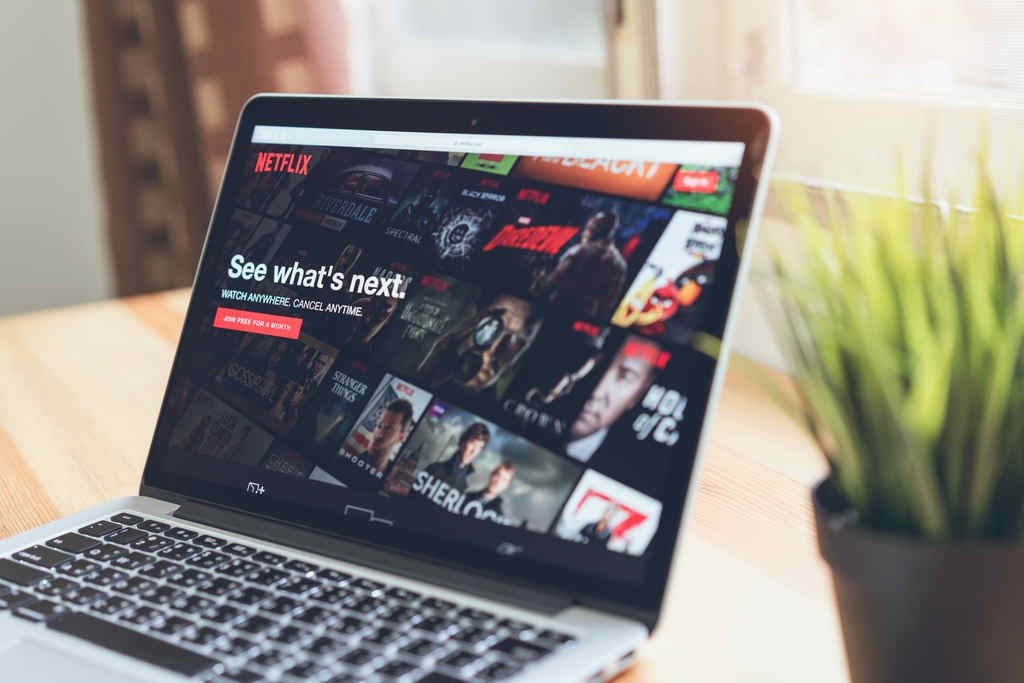 Not to be watching TV nowadays is to be seen not only as failing the culture at large but also the friends waiting for you to finally watch “Watchmen” or “McMillions” so they can talk about it with you. You may feel you need to see this or that series because you have heard everybody talking about it – or rather, you have heard that “everybody is talking about it.”

People feel more guilty over never having seen “Breaking Bad” than about never having listened to Bach or Monk or seen a Kurosawa or Bergman film (steer clear of “The Seventh Seal” for the moment, though). And reckoned in raw hours, television probably is better than ever, not only because the bar is set higher nowadays but also because there’s so much more of it.

It is a scientific fact that television is relaxing. Research has shown that watching TV “flattens” brainwaves, shifting the mind from an alert “beta” state to an unfocused “alpha” one, quite apart from the quality or nature of the content. Broadly speaking, you are actually more awake when asleep than you are when watching television: “Netflix and chill” is literally a thing. Obviously, many people will find this state of thoughtlessness the very dose of laudanum they need in a state of national anxiety. If drugs didn’t make you feel good – or, for the moment, not feel bad – nobody would get addicted to them. On the other hand, studies have shown that television can exacerbate depression and a feeling of being out of control. Aren’t you depressed enough right now?

Covid-19 comes with what promises to be a higher fatality rate than we are used to from the flu. Many younger people, assured that mostly old people will die, will get through this with no serious injury to their sense of immortality.

But you will be dead sooner than you are now able to imagine, young people; time is on your side, but only for a time.

No sane person leaves this world wishing they had watched more television, however good. (If only I had gotten around to watching “The Wire.”) Let this moment be a memento mori, America. Let fatality focus your mind.

You may be aware, from movies, books or passed-down family tales, that once upon a time people made their own fun, before consolidated commercial entertainment turned creators into consumers.

It has been going around the Internet water cooler that Shakespeare wrote “King Lear” while quarantined from the plague.

Use this time to consider those activities you never bother to consider, but just do. Maybe you’ll decide to watch even more television, but at least you will have thought about it. Probably you will not write a masterpiece under the coronavirus, but you might compose an amusing poem about it, or do a nice drawing of your cat, or knit a sweater, or make a candy dish. (Some of this you might do with the television on – fair enough.)

Something that might give you a sense of accomplishment. I suppose there is sort of a satisfaction getting through a television series and crossing it off your list, but it is a very minor victory, after all.

I am not immune. Every time I get an email from CBS publicity announcing a new episode of “Star Trek: Picard” available to preview, I get a little twinge, knowing that my desire to catch up with this series is greater than the likelihood I will, given all the other television this job requires me to watch. Like many of you, I have stacks of hopefully acquired box sets to work through, some yet to be cracked at all. Obviously, we will all be watching television in the days ahead. It’s one of the normal things we used to do that we can continue doing until the “all clear” sounds, and it puts us in touch, however remotely, with a world in which people go into offices and restaurants, shake hands and hug and stand closer than 6 feet apart.

And if you decide to watch, watch responsibly – not just how much but what. This may not be the best time to get started with “The Walking Dead.” (tca/dpa) 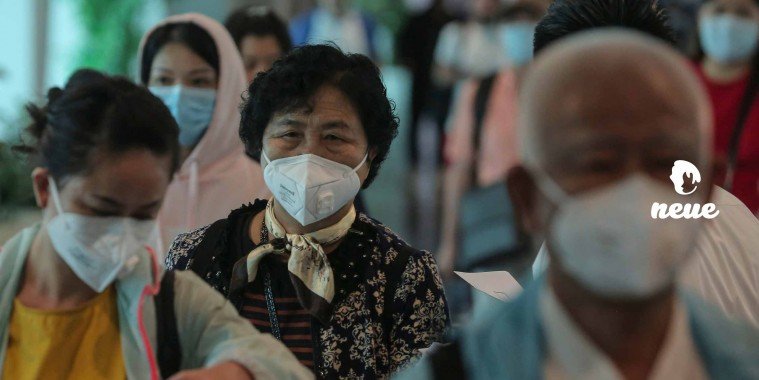 Question: What other things would you do besides watching TV?

The Neue team would love to hear your thoughts on this.