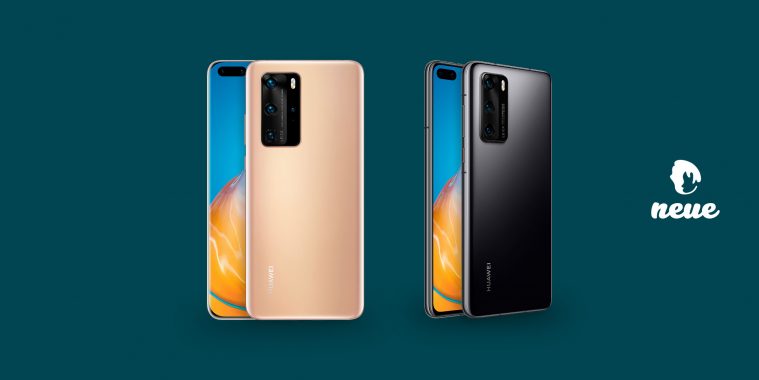 No Google? No problem, says Huawei. The Chinese company is defying the US ban on tech companies from working with it, and is releasing its latest flagship phone entirely without Gmail, Maps and the Play Store, relying on its own alternative app ecosystem instead.

At the heart of the P40, P40 Pro and P40 Pro+, unveiled via livestream, is a massive camera array, developed together with Leica.

On the Pro+, there’s a quadruple array: a 50-MP main sensor, a 40-MP ultra-wide-angle lens and not one but two zoom lenses – one 3X and one 10X. The simple P40 model makes do with just one zoom lens.

However, the new flagship models, like the Mate 30 presented late last year, have to make do without Google’s apps and services because the US has banned domestic tech companies from supplying technology to Huawei amid a prolonged trade war with China.

Huawei is nevertheless still managing to use an open-source version of the Android 10 operating system, with features being added by its own EMUI 10.1 interface.

Huawei hopes you’ll find enough apps in its new AppGallery so that you won’t miss Google’s Play Store. If you really need to, services like Gmail, Google Photos and Google Maps can still be used as web apps in your browser.

The company is meanwhile trying to get more and more developers to make their apps available on Huawei’s AppGallery, which now includes some big apps like Snapchat and Tiktok. Facebook and WhatsApp, meanwhile, can be downloaded and installed from the web.

Huawei does not have a service such as Android Auto from Google or CarPlay from Apple to operate the smartphone in your car. However, the P40 can still be connected to your car’s loudspeakers via Bluetooth.

On the inside, Huawei is running on the speedy Kirin 990 processor, which also supports 5G.

One disadvantage of the P40 Pro is that it doesn’t come with one of the most-wanted features of 2020: a display with a refresh rate of 120 Hz, which makes for buttery smooth animations when swiping things across your screen.

Like the Google Pixel 4, however, the P40 does still offer an above-average refresh rate of 90 Hz, but this still doesn’t match Samsung’s new S20 and Oppo’s X2 Pro.

And yet whatever Huawei’s new P generation may lack in refresh rate or app selection, it makes up for with the giant new camera. Fast 40W charging and IP68-rated waterproofing are added bonuses.

The Neue team would love to hear your thoughts about the new Huawei P40.

Are you interested in having your products and services featured on Neue’s website? If so, get in touch with Neue via e-mail, WhatsApp or drop a DM via Instagram @whatsneue.