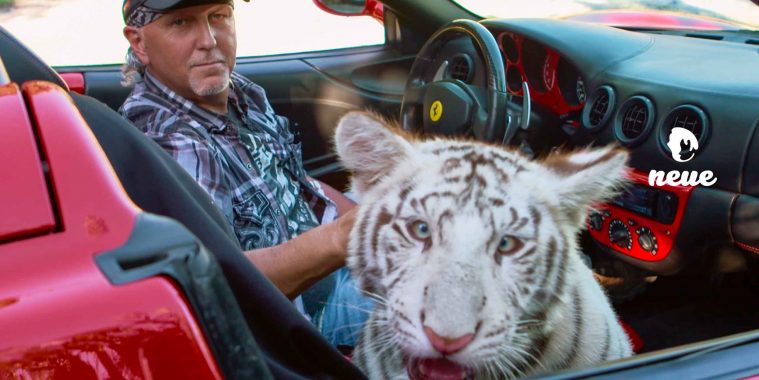 Its enormous success took many by surprise. Almost overnight, Netflix’s “Tiger King: Murder, Mayhem and Madness” about one eccentric lover of big cats became a huge hit when released in late March.

Since then it’s become one of the most streamed series worldwide according to industry sources. And judging by the hype on social media, it’s a candidate for the most talked about show to have been released during the lockdown.

Fans are overflowing with enthusiasm, while celebrities such as Kim Kardashian and Gwyneth Paltrow have voiced their opinions.

Indeed, as anyone who has watched will agree, it’s certainly an entertaining and weird distraction from a turbulent time.

But why has such a massive number flocked to this particular true crime miniseries?

Perhaps a brief hint at the story – no spoilers – is the best way to illustrate: The show centres on Joe Exotic, the owner of a private zoo in the US state of Oklahoma, who ends up in court for what he is alleged to have done in response to one animal rights activist.

This is only the beginning, however, and each of the seven episodes leave you surprised and speechless.

We know from episode one that we’re dealing with an attempted murder accusation.

The “Tiger King”, as Exotic calls himself, quickly proves captivating as protagonist: a gun nut with a blonde mullet, he’s a country singer who has had several younger partners over the years. He also wants to become president of America and then actually runs for governor. He finds his campaign manager in the weapons department of a Walmart supermarket.

Wait until you watch.

You also get to know all sorts of bizarre characters: a convicted drugs baron, who’s said to have been the model for Al Pacino’s “Scarface”, and Bhagavan “Doc” Antle, another tiger breeder.

Pretty soon you start asking yourself how, in a country like the US, can so many tigers be bred and held under such conditions. The dark side of this business revealed here are shocking.

? tigers do be having the range

The humour in this miniseries, probably the weirdest you’ll see this year, is not for everyone. But given how many are talking about this show, there’s a good chance you’ll enjoy it.

And there’s more to come: The success has been so strong that Netflix is apparently already planning a bonus episode. (tca/dpa)

The Neue team would love to hear your thoughts on this article. You can get in touch with the Neue team via e-mail or WhatsApp. Alternatively, you may drop a DM via Instagram @whatsneue or drop a comment down below.

Oh! And while you’re here, do check out this funny Instagram post by one of Neue’s past ‘ 9 to 5’ interviewees, Khai Anwar, who has clearly caught ‘Tiger King’ fever! (Thanks Khai for allowing us to share this pic!)

When you realize that you lived in the same time as #JoeExotic and everything that happened in #Tigerking on @netflix but you weren’t part of any of it and your life wouldn’t be as insane and over the top as what the lives of everyone on that show was but you’re grateful to get a glimpse through the documentary. Watch it on Netflix now folks. It’s an insane trip. I’ve been obsessed with Joe Exotic since I saw it.