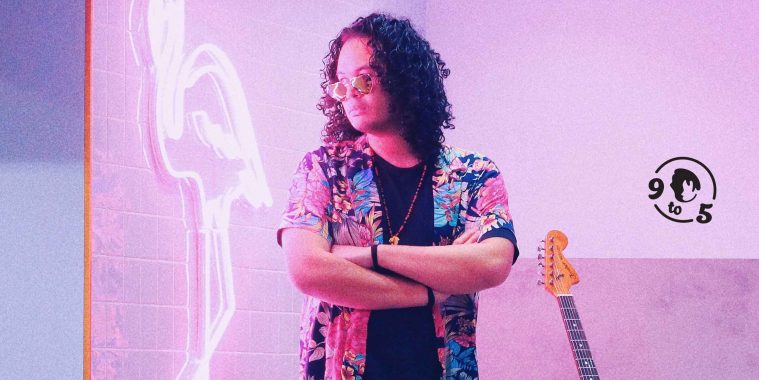 This week, we’ll find out What’s Neue with Ash who hails from Kuching, Sarawak. He’s the frontman of two bands – South China Sea and Meruked.

As of late Ash has launched a new moniker under Eunoia / Sonder. He writes and sings in a couple of bands, but mainly his proudest creation would have to be South China Sea, for it has birthed one too many bands that he’s in.

“Over the past year, my band has been dormant due to a very personal loss for me in my life, my mother,” he said. “Since her departure, I haven’t spoken about it nor revisit it for my soul’s sake. I guess I’m slowly coming out of the shell and I”m just so happy to be back up and running amidst this current pandemic.”

#1. How did the band come to be? What sparked the interest in forming it and performing?

South China Sea was conceived on 25th September 2015. I’ve known the boys for at least 7 years or more. I guess I’ve always wanted to perform in a guitar band, churning out tunes for people to check out.

#2. What are the steps that you and your band mates do before a show? Is there some type of ritual or tradition to get rid of the jitters?

The last show we played, I was actually reading a quick poem. Most of the time the ritual would be filling our tanks with good food and just banter with each other. I’m trying to get the boys to do an acapella with me!

#3. Most bands or musicians tend to wear their inspirations on the sleeves, however, we can’t really pinpoint yours; who are your inspirations?

You’re probably right. I can’t really put a finger on it. But we look up to a lot of Japanese bands. All 5 of us come from different music backgrounds, so having to mould these interests into a hot molten pot, filtering music that you love and hate, births the sounds of our band.

#4. South China Sea performed at Indie Coco with Bruneian bands before, would you and your bandmates want to play more shows with more Bruneian musicians in the future? If so, are there any choices in particular that you’re interested in playing with? 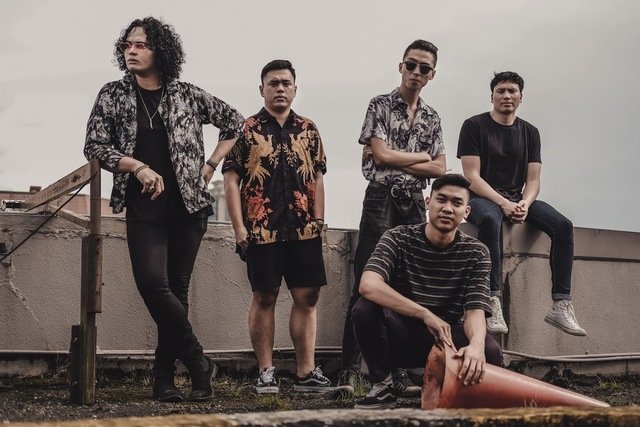 Anytime! We love the Bruneian bands so much. One of our bucket lists is to play there one day. The energy, passion and just the vibe; it feels like home. I’d love to be in a gig with Surf Vampires, Empty Wallet and yourself (bluemoongirl)!

#5. Since you’re based in Kuching, what are the methods that you’d recommend for musicians to do in order to make use of the time, and survive without earning through gigs? Moreover, what would you say to our readers on what they could do to support independent musicians in this trying time?

We have such a small scene here. Verbally supporting one another carries a lot of weight on the table so having no gigs means there’s no sustainability. But, we live in this tumultuous era now. It’s maybe a blessing in disguise, bands just refuse to die out and they want to be heard. They come up with mad ideas and I’m loving it. I guess it’s just about helping them get the attention they deserve. More online festivals, pay per view stuff, releases etc. The Strokes are currently doing like a video conference podcast, I’m digging that. That helps.

#6. What would you advise our readers if there are some that are going through a tough time (mentally) due to the current pandemic? What are your ways to cope

Obviously, this is really subjective. You can tell everyone it’s going to be okay, but that’s only because of this facade/mask of fear you wear to avoid from being judged. I hope anyone who reads this, that you’re doing an amazing job by staying at home, you are contributing to this fight against this invisible war we’re in. It’s gonna be OK.  I’ve coped with a lot of reading and painting. Catching up on old series is as well. Goat yoga is also good. Problem is I don’t have a goat.

#7. You’ve shared with me that you are planning to make an online festival soon, could you explain to our readers briefly on what it is?

Right! So, I conducted a talk about the Kuching scene and my band(s) on Monday (April 13) at 4PM via an online festival called TERANG (Temasya Rangkaian); it’s an amazing platform which you can checkout on their Facebook! Really psyched for that.

#8. Before we proceed to the last interview question, the floor is yours if you want to share anything!

South China Sea would like to officially announce that we will be releasing an archival six-part series on all our social media pages. The idea was to juxtapose the word SIX and SEA at the same time, creating the ISEAXLATION concept. This is just to gear us up and who knows, maybe a sneaky single dropping at the end?

#9. Who would you like to nominate for the next #Neue9to5 interview?

I’d love it if you guys shoot up our boys The Filters, GLASS and DeFusion. I can assure you won’t regret it. 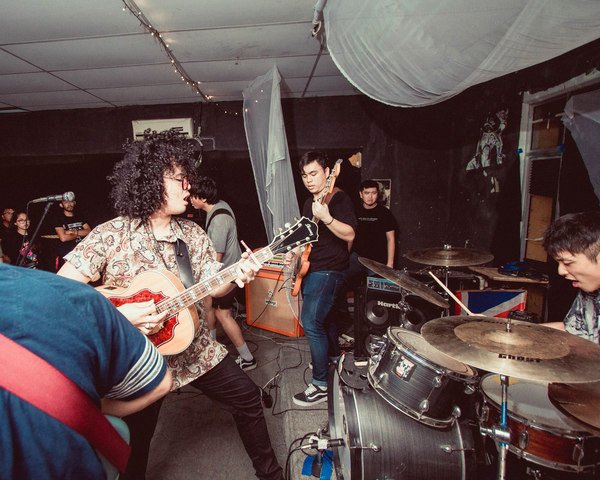 Now moving on to the second part of the interview, where the last 5 questions are more chill.

#1. If you could get any music producer to produce your album, who would it be and why?

Nigel Godrich. I feel with the backhand material that we have it’s pretty Radiohead-ish. It’s a close call between him and Rick Rubin for me. He just looks like a recording messiah.

#2. Say you’ve won a prize of $5,000 and the only condition from the win is to buy anything from a music store, what would you get?

I’ve always wanted a good synth. So I’d probably land myself a Korg Polysix, a Mellotron MKII, and a sack of egg shakers.

#3. Close your eyes, and pretend you’re in a film right now; what would be the perfect soundtrack to go with your current thoughts/ emotions/ state?

“God Only Knows” by The Beach Boys.

#4. Once the pandemic is over, what would be the first thing you’d do and where would you go?

I miss my mates. I’d go and see them and have a jam. 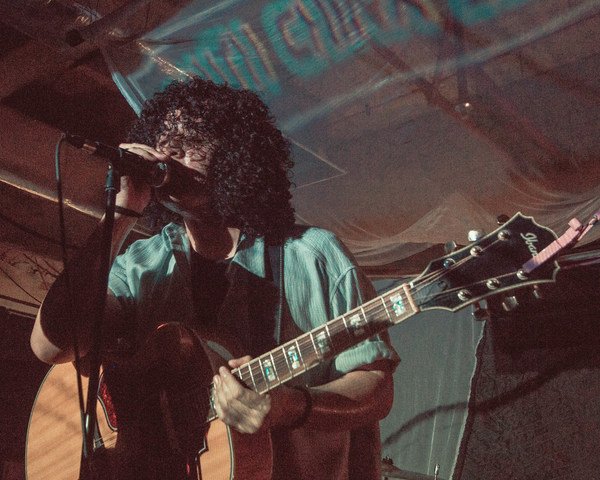 #5. Which known musician would you want to have on your speed dial and why?

*Editor’s note: In March 2020, Neue had the pleasure of interviewing Amal Murni, the co-founder of Kepala Seni, a small independent news company specifically for the local music scene. As part of a special collaboration, Neue has appointed Amal as its #Neue9to5 Music Ambassador. This is her first published work on Neue.

Do you have someone in mind who would be great for the next #Neue9to5 interview? If so, you can get in touch with Neue’s Digital Editor, Lance Thoo, via WhatsApp or e-mail. 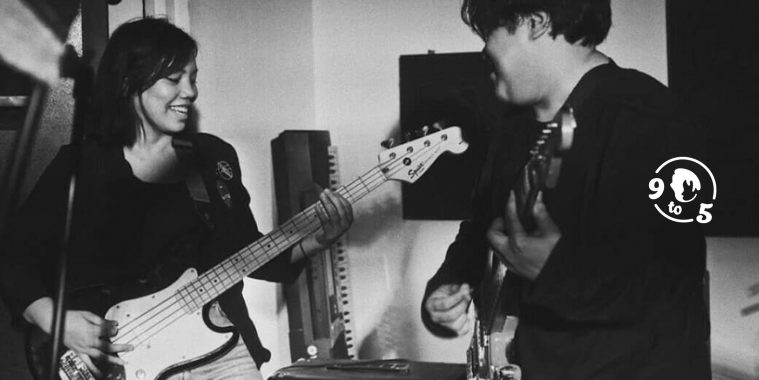