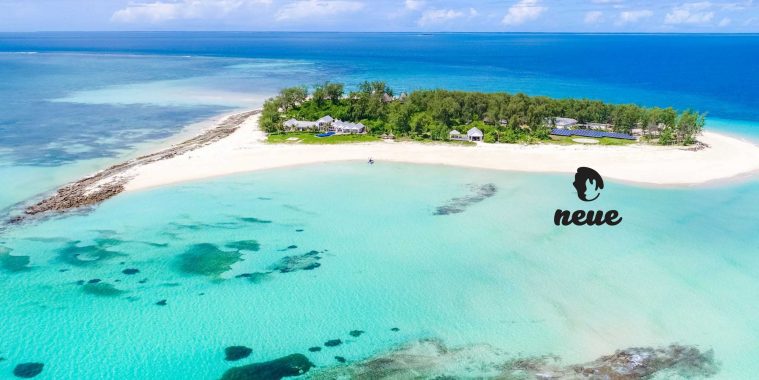 How Realistic Is Your Dream Of Buying Your Own Island?

Even to those who haven’t read Robinson Crusoe, the idea of living alone on an island is a familiar daydream.

Particularly in these times of a pandemic, what could be better than holidaying alone on your own island, with as much space and privacy as you want?

St. Elmo Island in the US state of New York is one of thousands of islands you can rent out for yourself. (Photos: dpa)

It might sound unlikely, but it isn’t, although you may need the necessary capital, says Farhad Vladi, a Hamburg-born real estate agent specialising in private islands.

The 75-year-old, who says he himself was inspired by Crusoe, has been in the business for 50 years and has sold 3,000 islands, from Canada to the Seychelles and New Zealand.

“There are around 12,000 private islands in the world,” Vladi says. “But not everything that sticks out of the sea is worth having as a private island.” 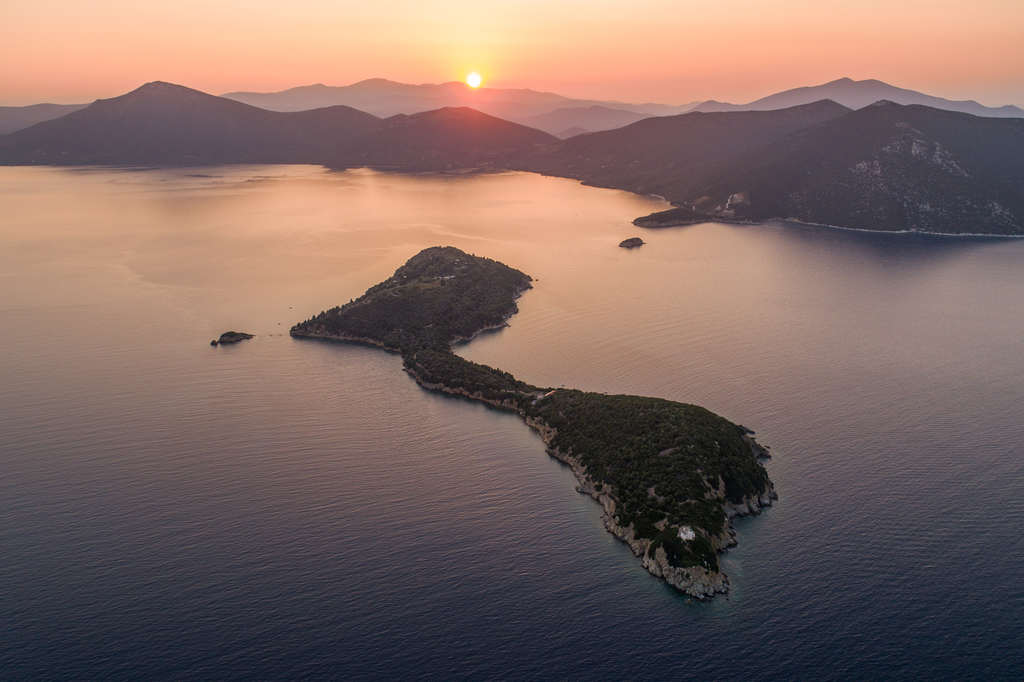 My Silver Island: You can rent this entire island off the coast of Greece if you feel inclined.

In order to get a building permit, for example, an island needs to be at least one hectare in size. It should be reachable by boat and look nice.

If you’re set on buying your own private island, you’ll be limited to those countries where foreigners are allowed to buy one.

“There are only about 40 countries where that’s possible,” Vladi says. Thailand, with its rich marine life, is not among them.

If you don’t have tens or hundreds of thousands of dollars to spare, many private islands up for sale can also be rented out for holidays – at prices that aren’t very different from those of a good hotel, so long as you share the costs with friends or family.

Farhad Vladi on Ailsa Craig in Scotland, a lonely island available for hire for anyone seeking to flee civilisation.

But what about buying your own island? Isn’t that something that’s only for the super rich?

“If you can afford a good car, you can afford an island,” says Vladi. On the east coast of Canada, for example, you can buy an island for 50,000 dollars – with nothing on it, of course. You can also buy one for 30 million dollars.

It’s nice to have an island if you also have the freedom to travel to it when you want to. “It’s not good to be trapped on an island,” says Vladi, who himself bought an island off New Zealand.

So what’s it like spending all your time on an island? “For every plan you have to have an alternative plan at the ready,” says Nele Wree. “The weather can quickly destroy any plans you have.”

Together with her partner Holger Spreer and her daughters Fenja and Ilvy, she has lived on the island of Hallig Suederoog, off the coast of northern Germany, for almost seven years.

It was a series of coincidences that led the 37-year-old art historian to become an island lessee. Spreer, a fisherman, also gave up his job when the pair landed jobs at the local council’s coastal, park and marine protection department. 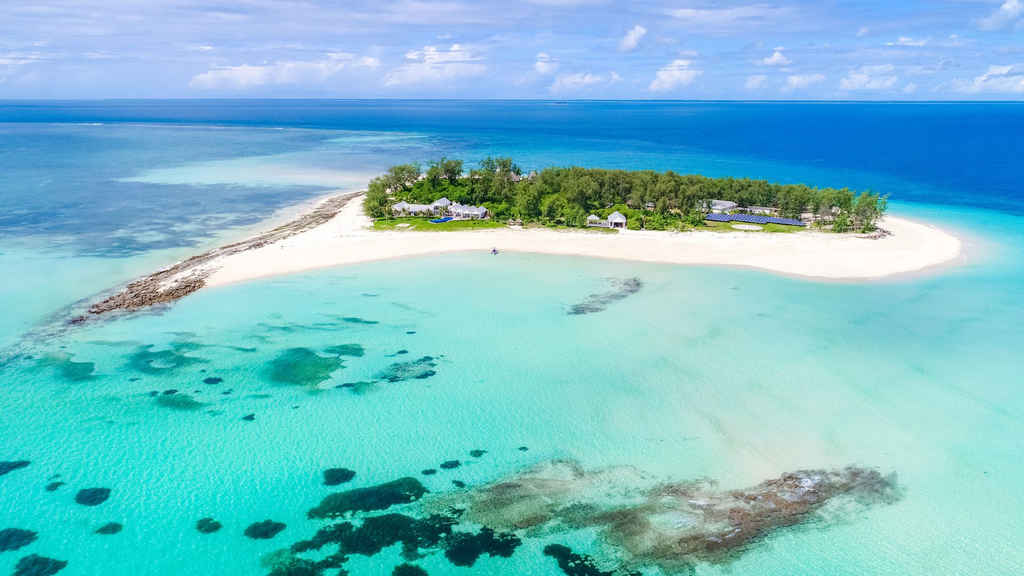 For a Robinson Crusoe holiday feeling, you can rent Thanda Island in Tanzania.

Six kilometres separate the 60-hectare island from the nearest big island Pellworm. Instead of power lines they have solar panels and diesel generators, though they are connected to the water mains.

“Our main tasks are coastal and nature protection work and tourism. That includes securing the Hallig revetments, counting birds, monitoring the drift lines and lots more,” she says.

They also look after more than 80 sheep and lambs, more than 20 ducks and geese, three cows, two mini pigs, one cat and six beehives.

“People imagine it to be very romantic, that you spend the entire day together as a couple. But it’s more of a working community,” says Wree with a laugh. “You constantly have to take decisions together.” 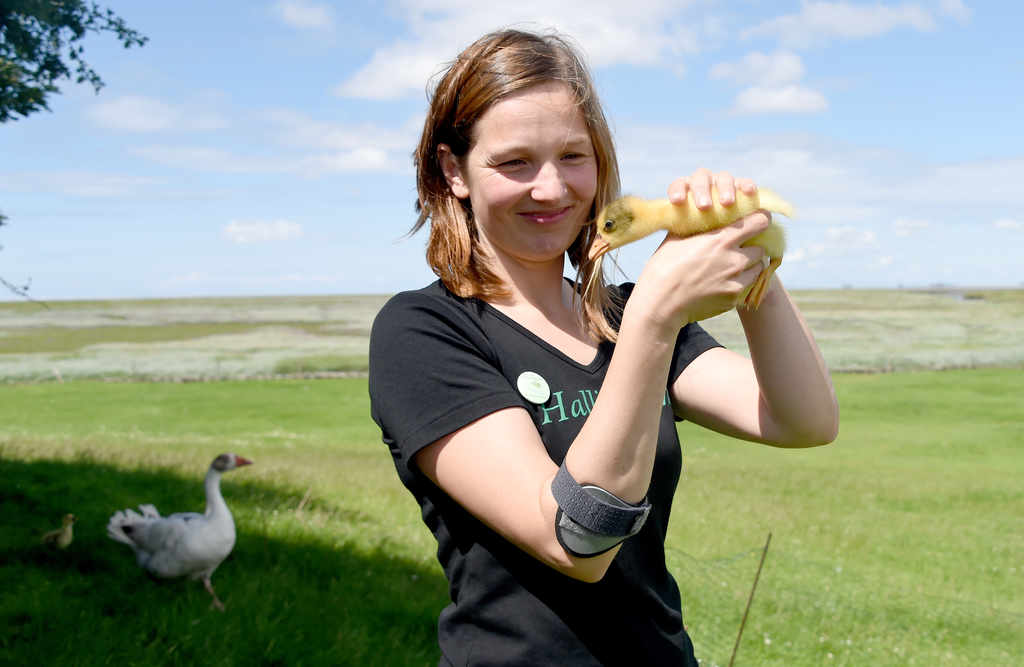 Nele Wree, has been living and caring for geese on the island of Hallig Suederoog, off the coast of northern Germany, for almost seven years.

Around 1,500 tourists visit Suederoog every year between May and October. “It’s only possible by taking a guided tour of the mudflats or from Pellworm,” says Wree. “And visitors aren’t allowed to stay longer than an hour.” She serves them homemade cakes and hearty soups.

The island inhabited by Alexander Selkirk, thought to have been the man the story of Robinson Crusoe was based on, is still shrouded in mystery.

On the Chilean island of Mas a Tierra, whose name was officially changed to Robinson Crusoe island in 1966, a real pirate treasure is supposed to be buried: at least 800 sacks of gold. It could be worth a visit if you want a real adventure.