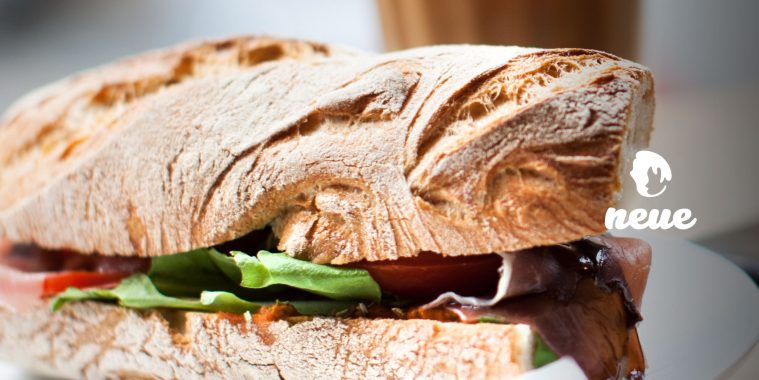 Level Up Your Food Photography

Why is it that taking photographs of food winds up being so disappointing – distressing, even – for anyone who isn’t a professional photographer?

Light, is the first thing to bear in mind, if you want your picture to look appetizing, so put the dish or item close to a window so it gets as much light as possible. 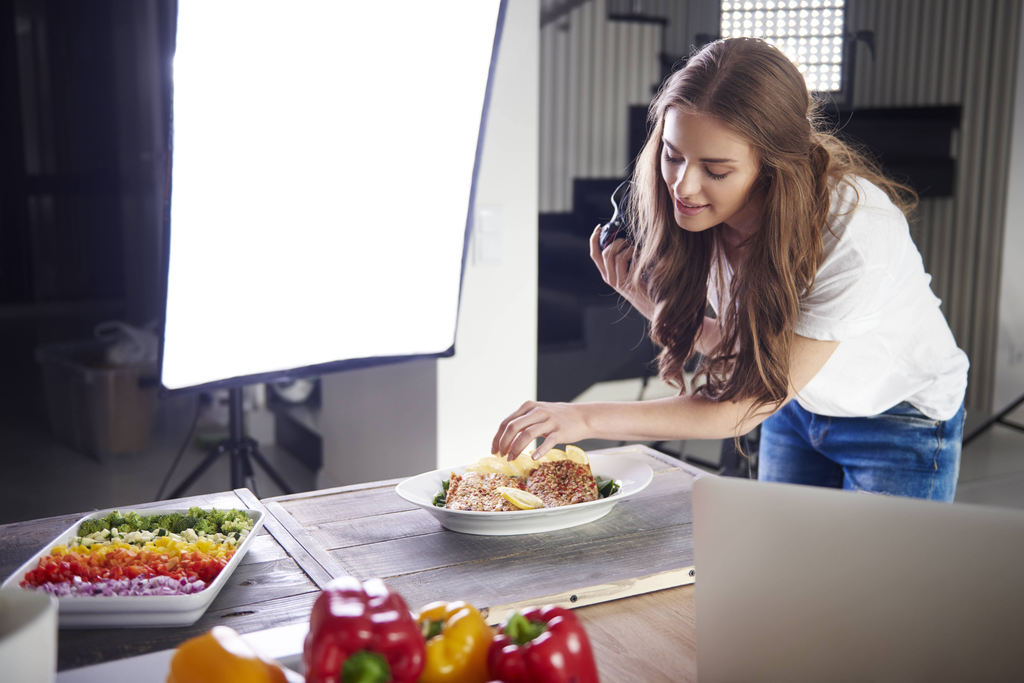 You’ll get a much more natural look off your food pic if you light up the scene with a softbox. (Photo: Gpointstudio/Westend61/dpa)

“Early morning light works well for food photography, as shadows are still relatively soft and the colors look bright and natural,” says Stina Spiegelberg, a food photographer and TV chef. You can also try early afternoon between 2 and 4 pm depending on the season.

In winter, try a soft box, says Spiegelberg. These lamps, which fold up into a small size when not needed, will create a soft light that gets evenly distrubuted over the food. Darken the room beforehand, though, to avoid mixing artificial light with daylight.

In a restaurant, however, try and make the mood into a feature, says Wohlleben. Jazz up the background with a bread basket and wine glasses, for example – and resist the temptation to use a frontal flash, she says.

Instead, plan back from how you want the image to look and pick a spot close to the window – avoid being directly under a lamp.

Also, the ideal perspective for the picture depends on the meal. What makes it special, what do you want to highlight? “A stack of fluffy pancakes is best viewed from the side,” says Wohlleben. Pizza, with all its tasty toppings, is better from a bird’s eye view. 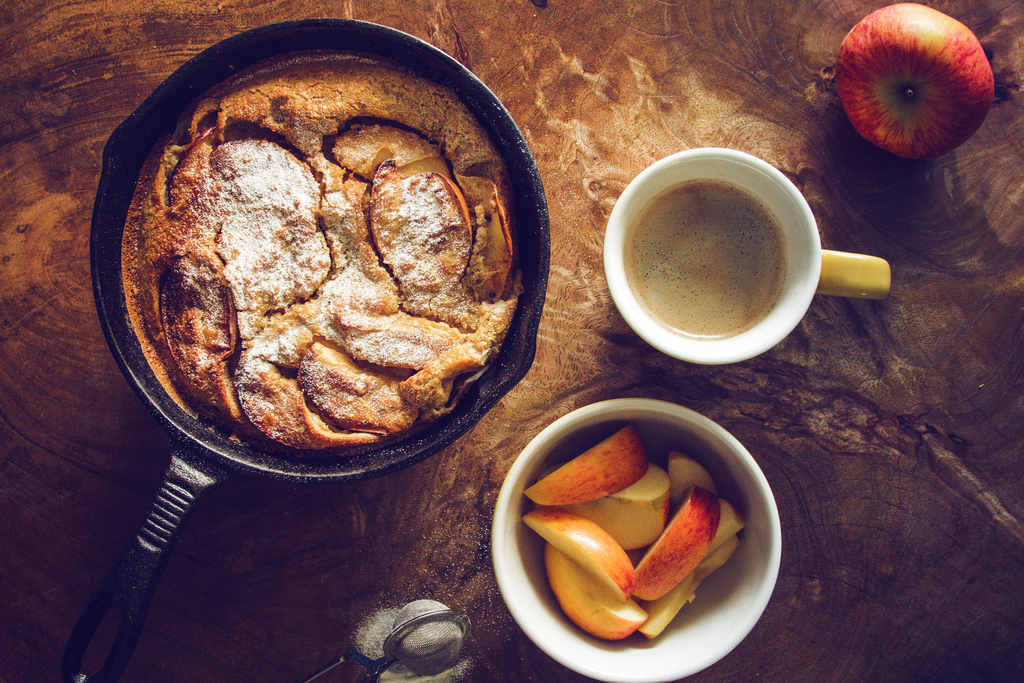 It’s not just about your camera settings: With food photography, it helps if the background augments the feeling of your food. Rustic wood will always work well with a hearty dish. (Photo: Photo: Aileen Kapitza/minzgruen.com/dpa)

Ideally, you’ll be angling the image as though it’s the view of whoever is about to eat the meal – meaning at a 45-degree angle. That works for flat dishes or pastries, says Spiegelberg. “With a soup or bowl, it’s better to tilt it so the viewer can see what is inside.”

The main focus is the food, so avoid cluttering the background, Persch says, advising beginners to use a plain, light-coloured wall or cardboard.

The background can and should support the mood, so if you’re eating country fare, try a rustic wood backdrop. White suggests well-being. A light background is ideal for a strawberry cake, for example, while a darker one might be better suited to something like a cheesey pasta dish. If you feel like it, try experimenting with colour contrasts.

“Good food photos tell a story,” says Spiegelberg. Consider the ingredients used – or whether anyone has taken a bite yet? A first bite suggests something homey while a fork also makes it seem accessible and adds an aesthetic touch.

Pick a plate that isn’t too big, and avoid overloading it – “every ingredient should be easily identifiable,” says Perch.

And if it all doesn’t turn out as you hoped, then you can always use free software like Darktable, Raw Therapee or Adobe’s Lightroom to touch things up. Among other things, colour temperature, brightness, contrast and saturation will help improve the optics, says food blogger Wohlleben.

“Some selective use of the correction brush will help you lighten up the food a little without putting the emphasis on the background,” she says